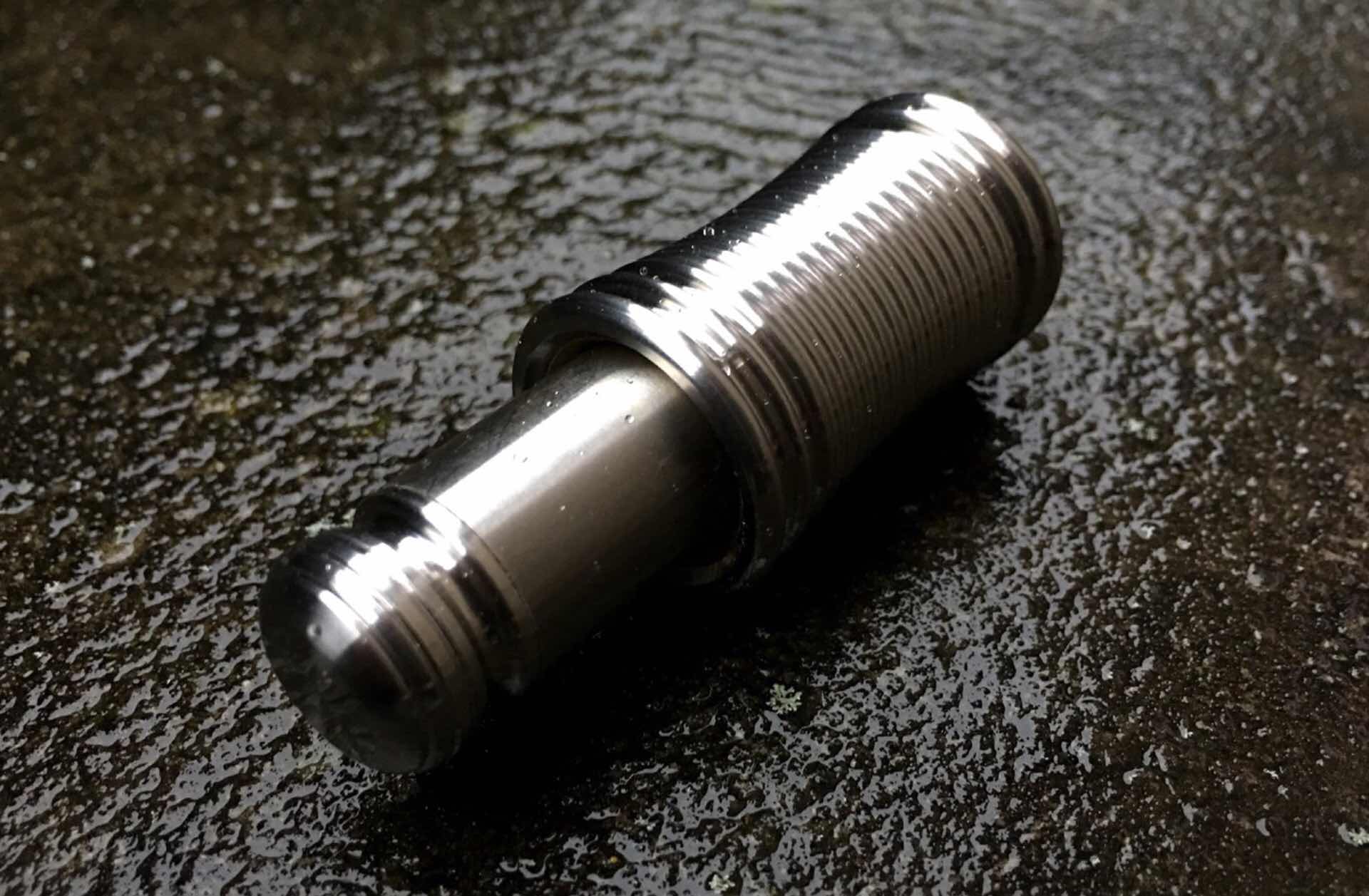 We featured David Weinstock’s Thinket fidget toy in our “Fidget and Click” EDC guide a couple years ago. If you’ll recall, it’s one of those toys that’s a little hard to explain, you just have to watch it for yourself:

Last year, Weinstock ran a Kickstarter to accomplish a handful of goals, two of them being:

The result of that successful project was the Thinket Now, a solid stainless steel version of the stress-relief device that now offers two tactile sensations you can switch between at will: the original “satisfying bounce” effect (that operates on a rare-earth magnet mechanism hidden inside), and the new “reassuring thud”. 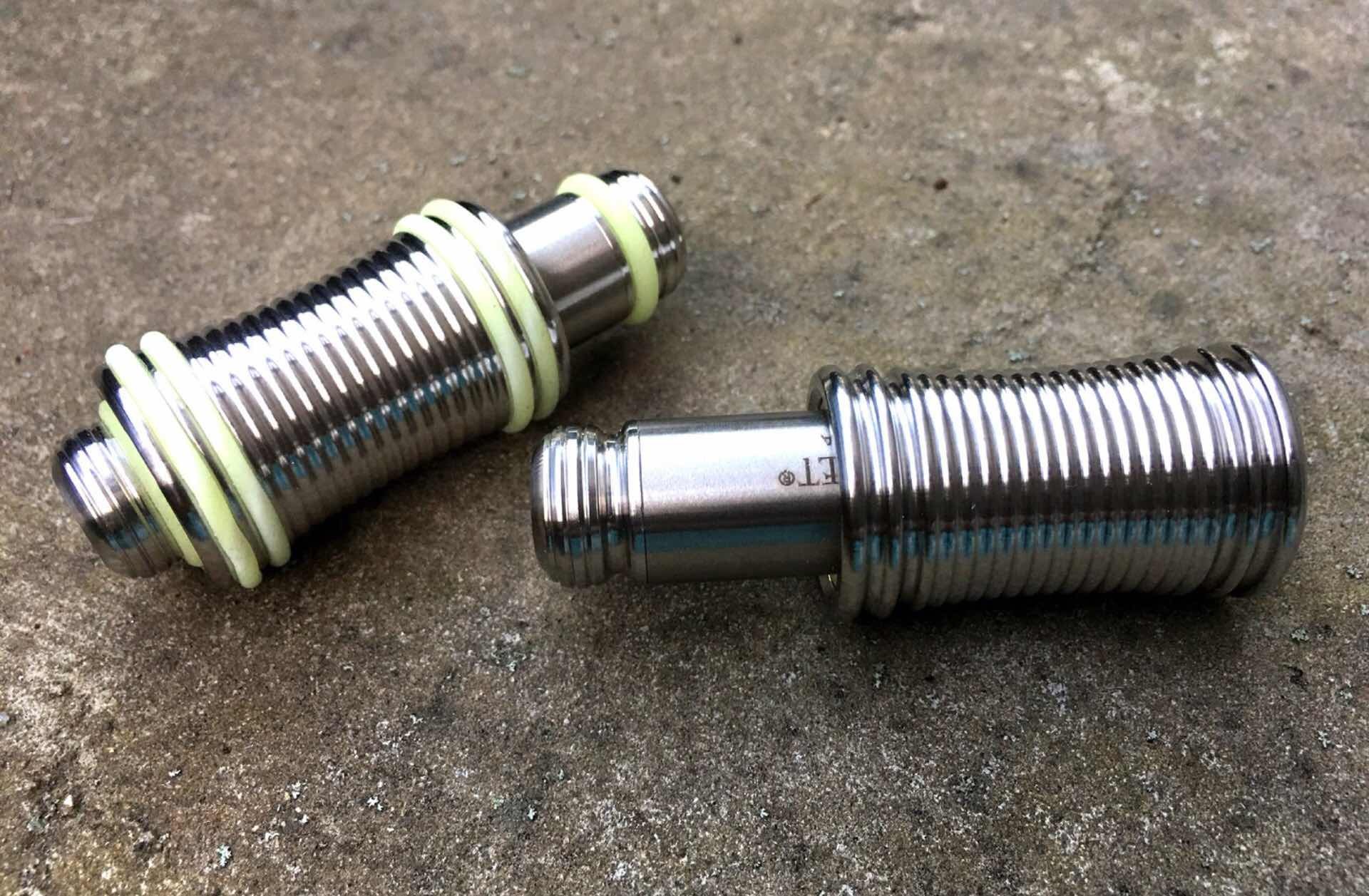 The Thinket Now, with and without O-rings.

The thud effect is achieved by placing an O-ring on a special groove machined into the slider head. You can have it so the Thinket has a thud on one end and a bounce on the other, or have the same effect in both directions. He has a demo video of the two effects on the Kickstarter page if you’d like to check that out (it’s the third video you’ll see as you scroll down).

I’ve personally got my eye on the “Retro Shadow” ($64), which has that amazing colorful sheen: 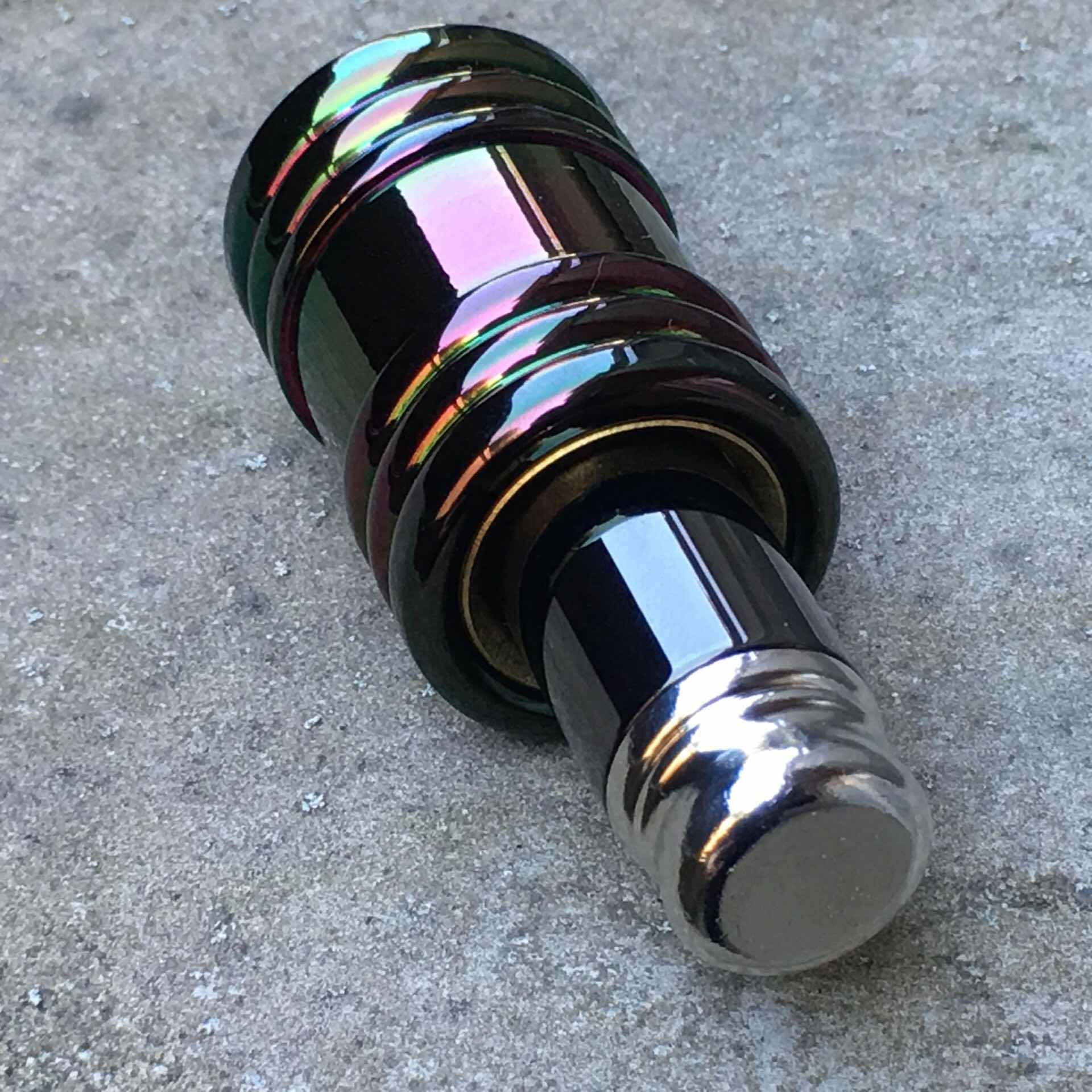 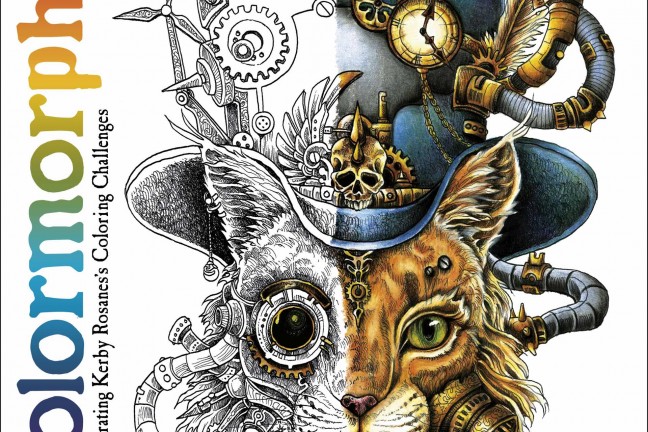 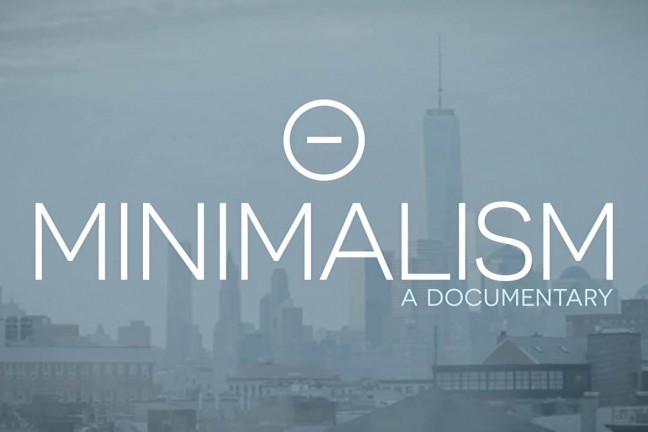 Minimalism: a Documentary About the Important Things 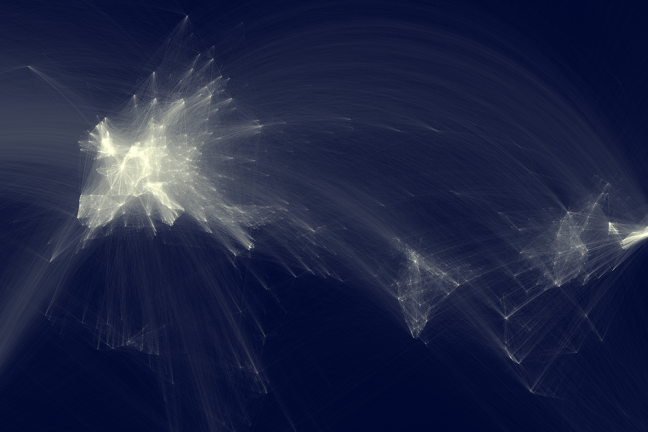