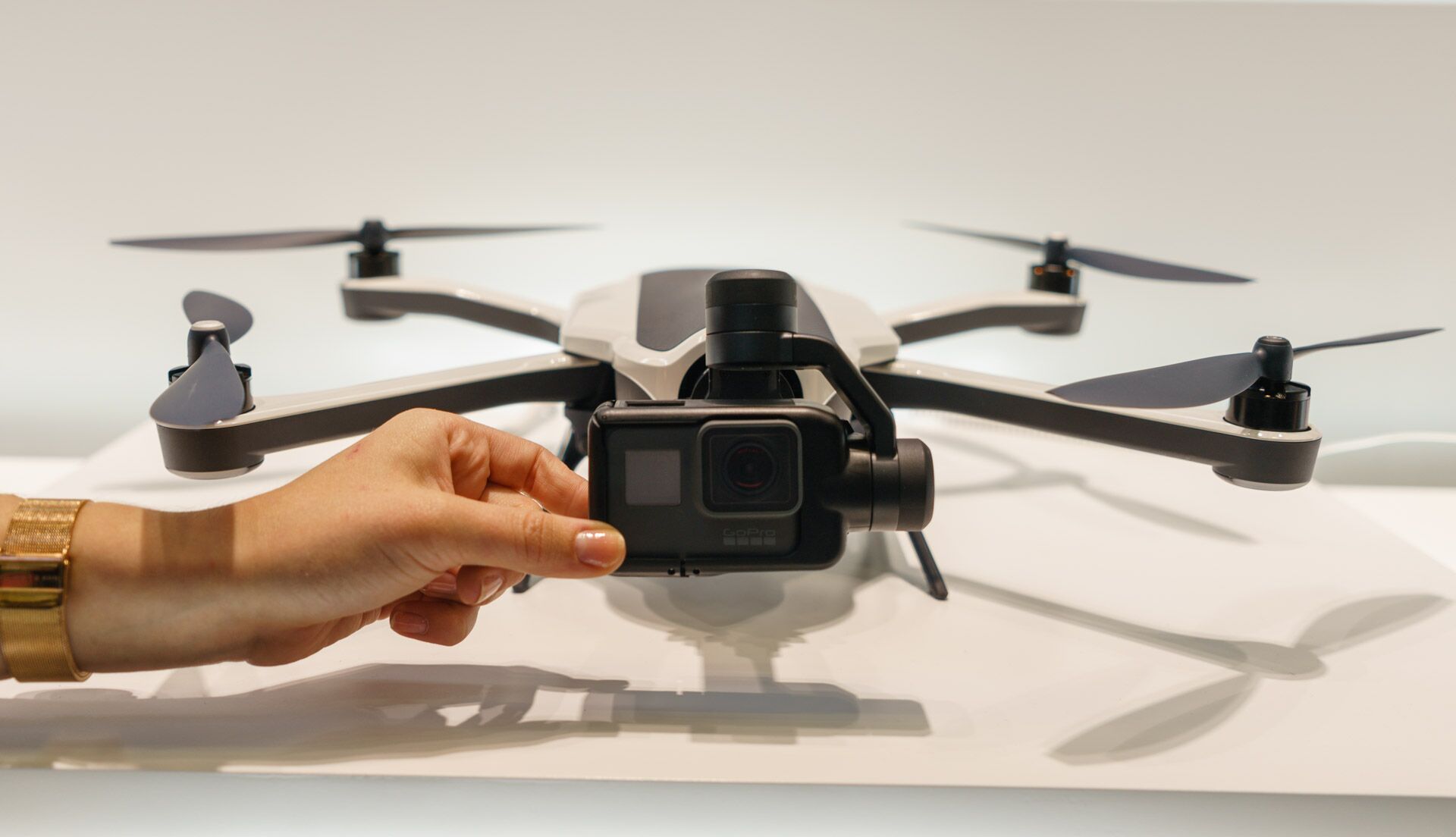 The GoPro HERO5 Action Cameras and the Karma Drone

A few days ago GoPro announced their new Karma drone, alongside the new HERO5 Black and HERO5 Session action cameras. I had a chance to play with the Karma and the HERO5 Black at GoPro’s Photokina 2016 stand, so let’s take a closer look!

GoPro’s Karma drone is a thing of beauty. Packed with all the latest technology from the action camera manufacturer, this little beast will change the way you shoot video. 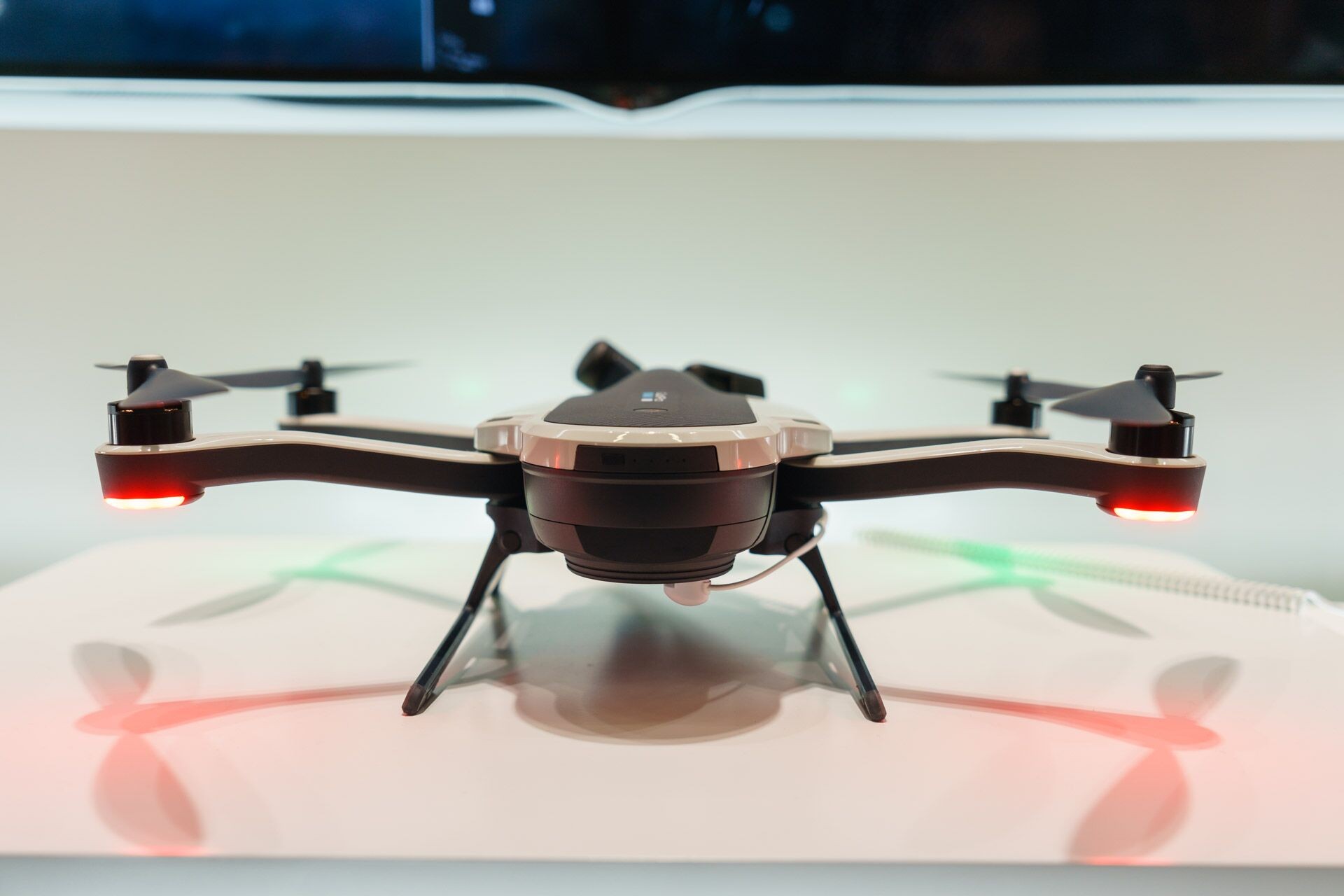 The Karma is a sleek-looking drone that packs the latest technology from GoPro.

Unlike other drones out there, the Karma is remarkably simple to use. It has auto takeoff and landing modes, and the controller unit is incredibly nice and easy to use. There’s even a simulator app you can use to hone your skills as a drone pilot before taking on the real thing, and the flight behavior and responsiveness of the actual Karma are surprisingly close to what you get on the simulator. 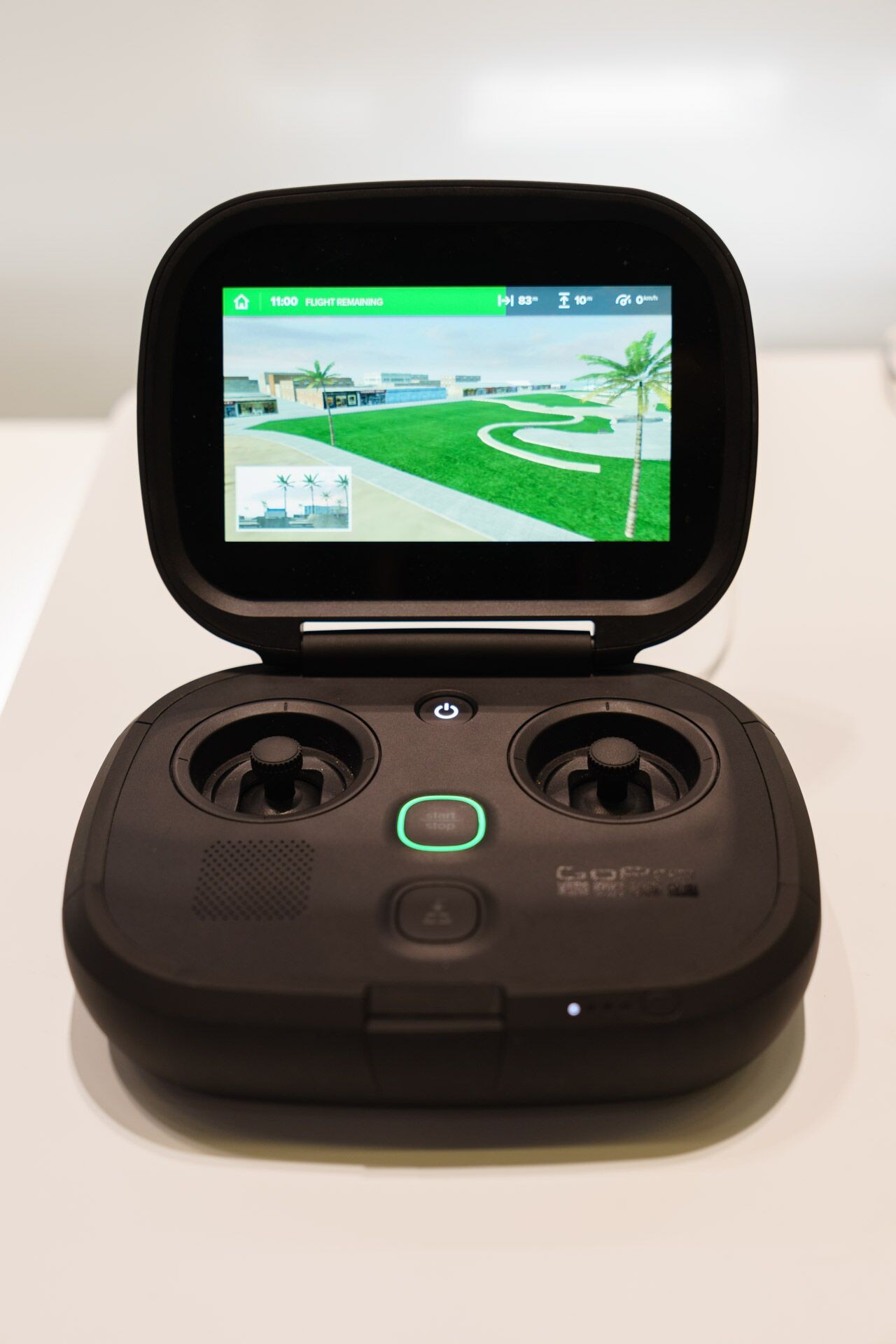 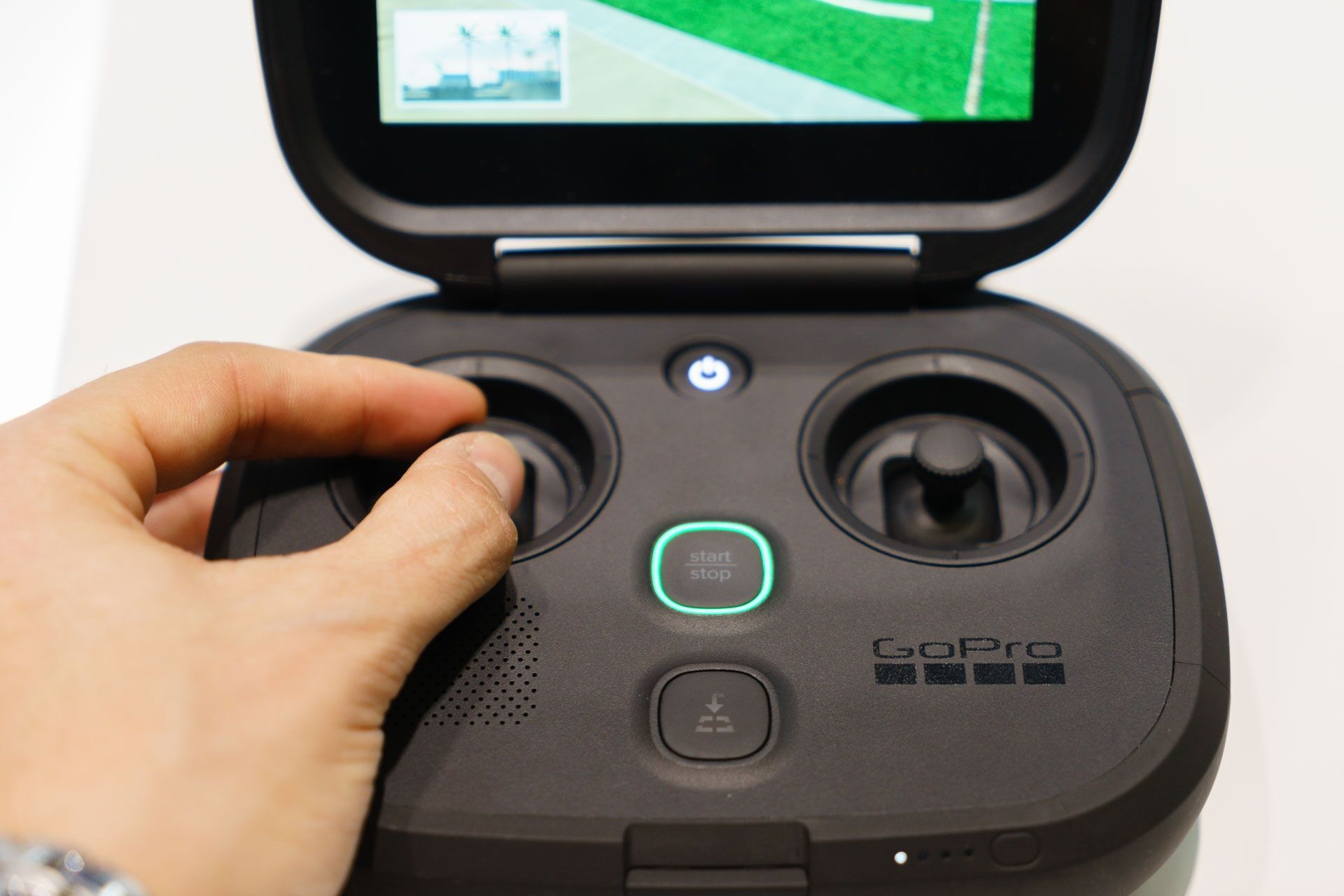 The Karma’s controller is very easy to use, and the included simulator app is a good way to learn how to pilot the drone before taking on the real thing.

One cool feature of the Karma is that you can fold its arms and legs in, and the resulting bundle is pretty compact. GoPro supplies the drone in a padded case that you can carry as a backpack, which makes it very easy to transport wherever you need to go, but it should also fit nicely inside any regular backpack. 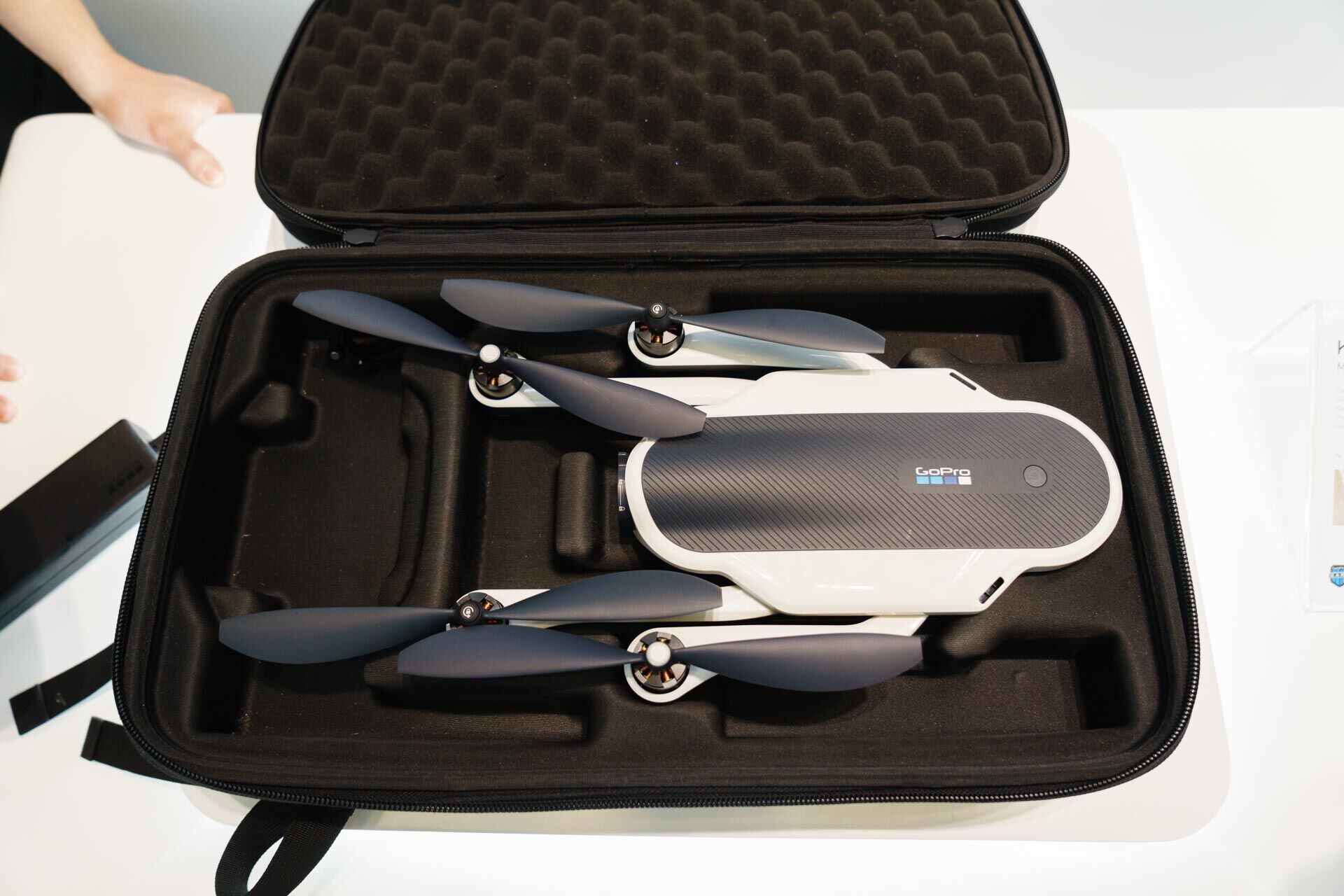 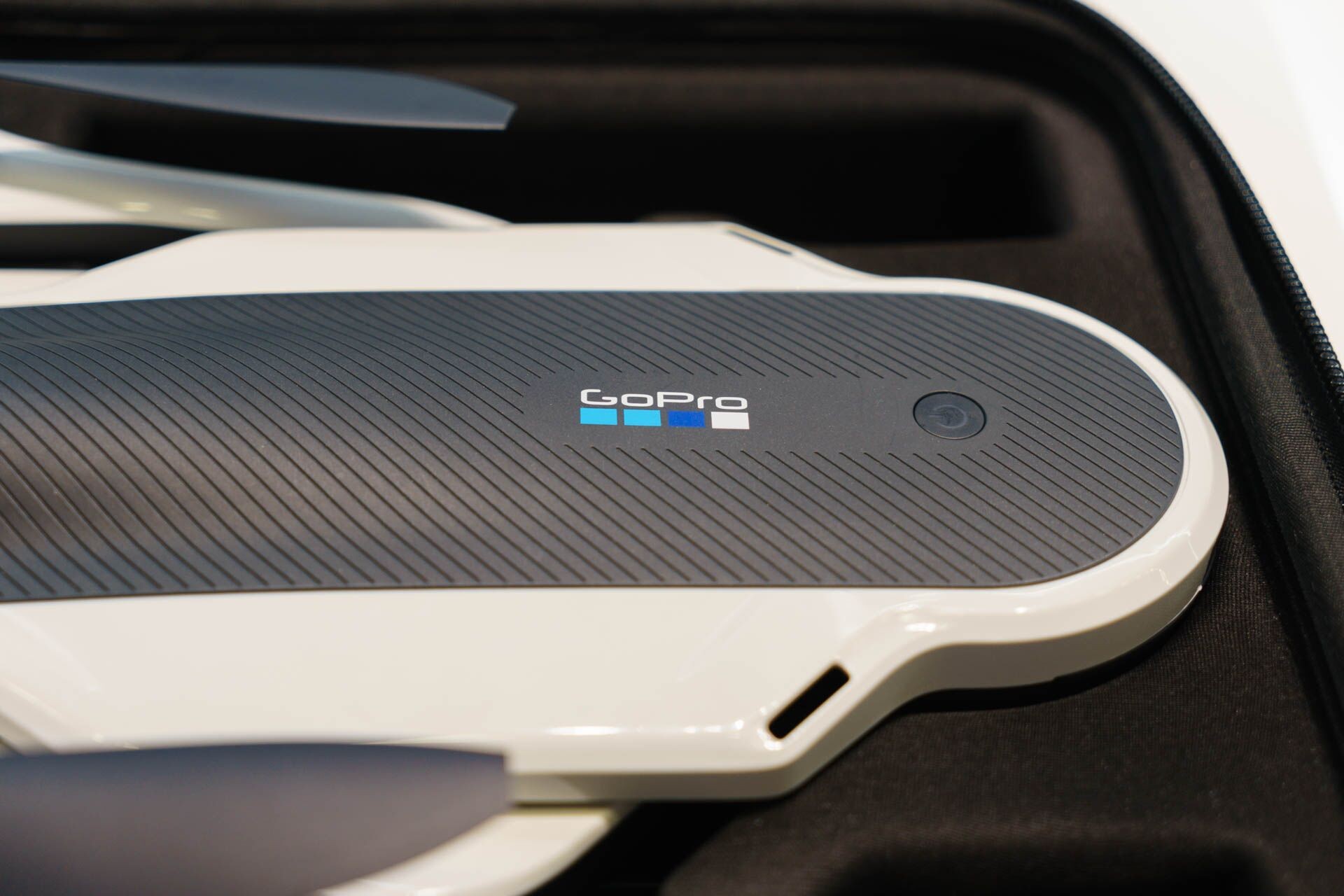 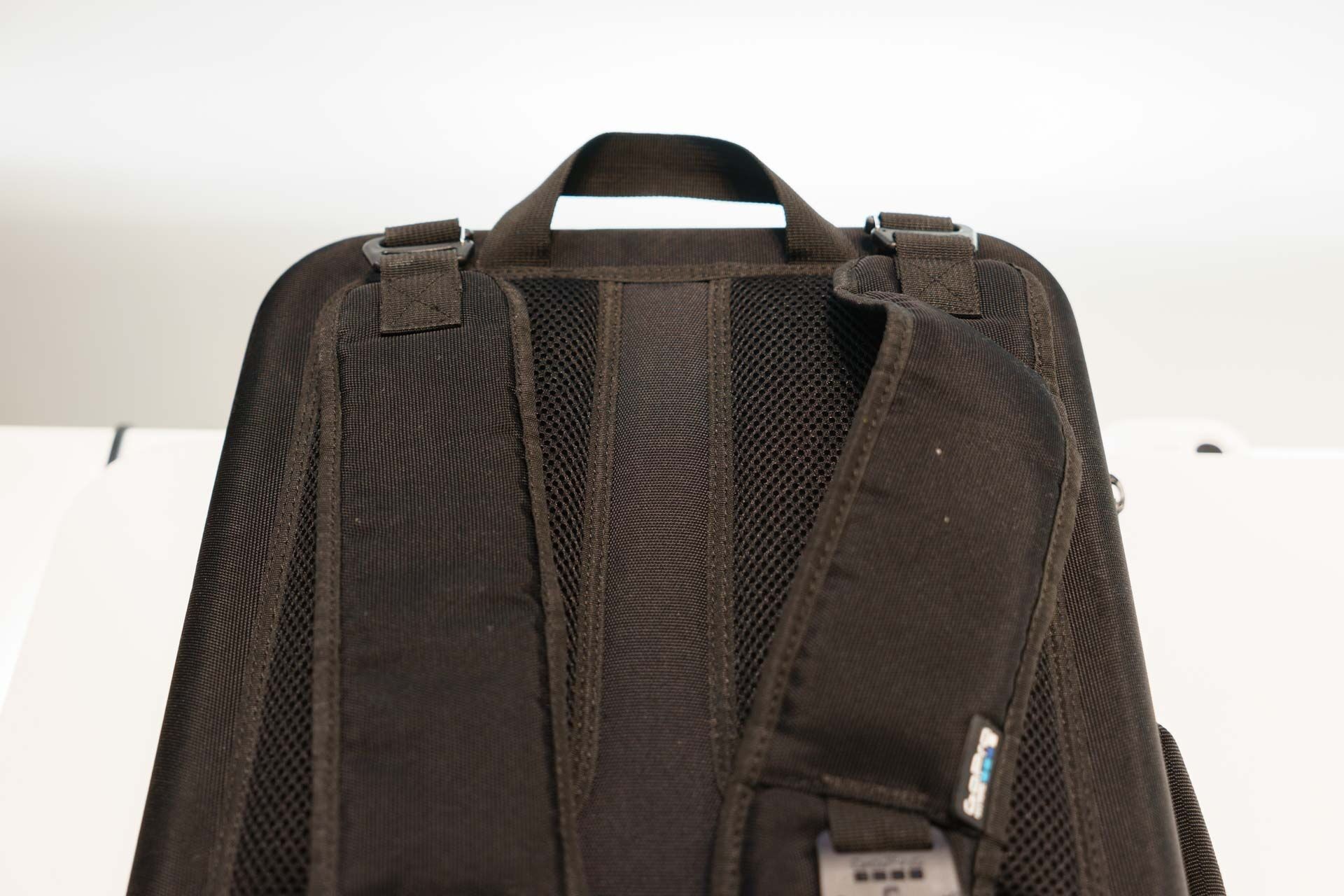 The Karma’s arms and feet fold in on themselves, and the entire bundle fits nicely in the included padded case, which can be worn as a backpack.

The drone’s flight autonomy is 1 kilometer in any direction, and the battery lasts for about 20 minutes. That doesn’t seem like a lot, until you realize all the crazy things you can do with it in that time. In any case, the battery is replaceable and there are charging indicator LEDs on the back side of the drone’s body, so if you need more flying time, just swap the battery for a fresh one and off you go. 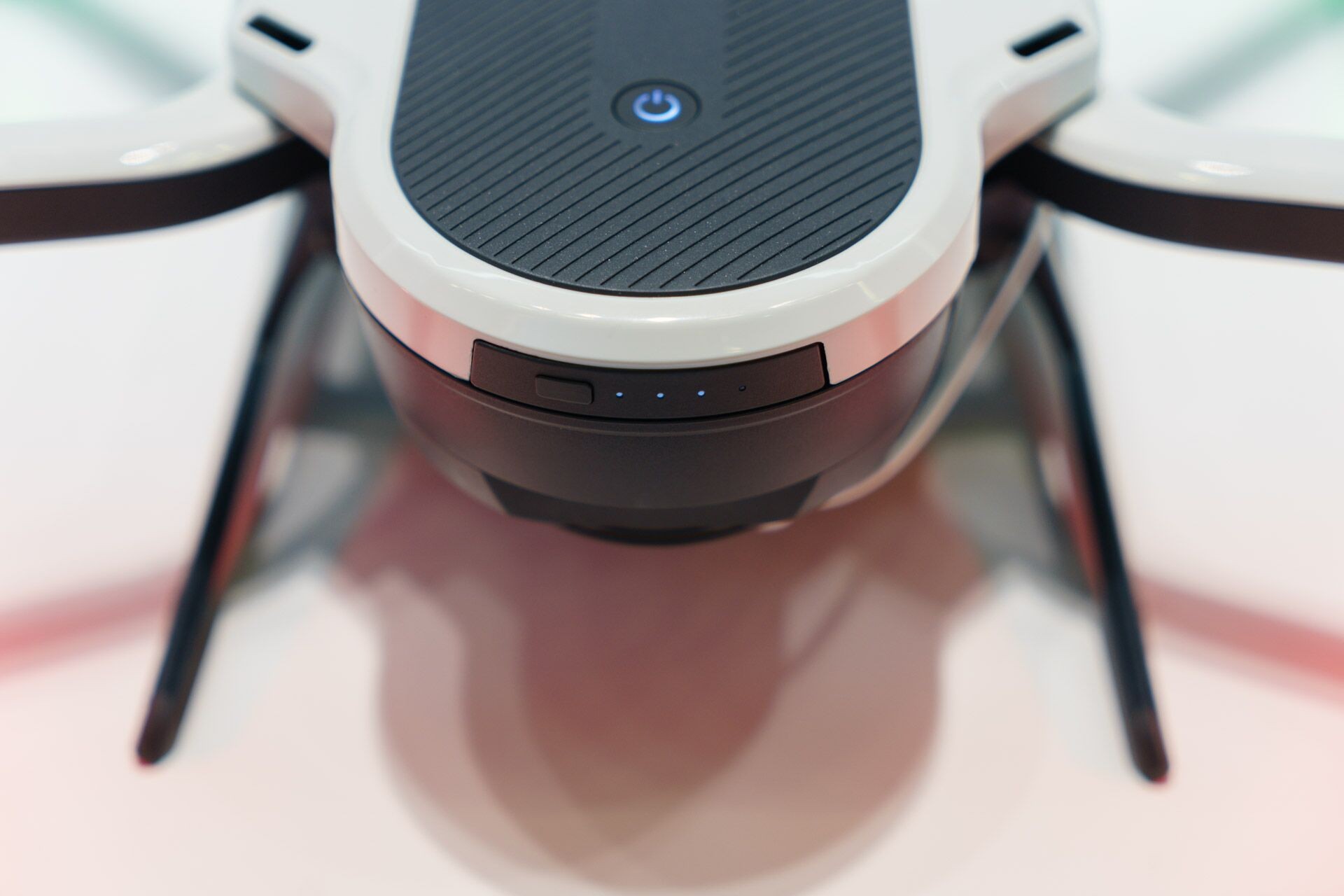 The Karma has a flight autonomy of 1km and a battery life of 20 mins. The battery is replaceable and there are charging indicator LEDs on the back side of the drone’s body.

The Karma has a built-in 3-axis gimbal to stabilize the camera, but the best thing about it is that you can actually remove the gimbal, attach it to the included grip, and use it hand-held with your camera. It has all the controls you need to operate your GoPro, and it’s even compatible with other mounts, so you can also use it with your camera of choice. 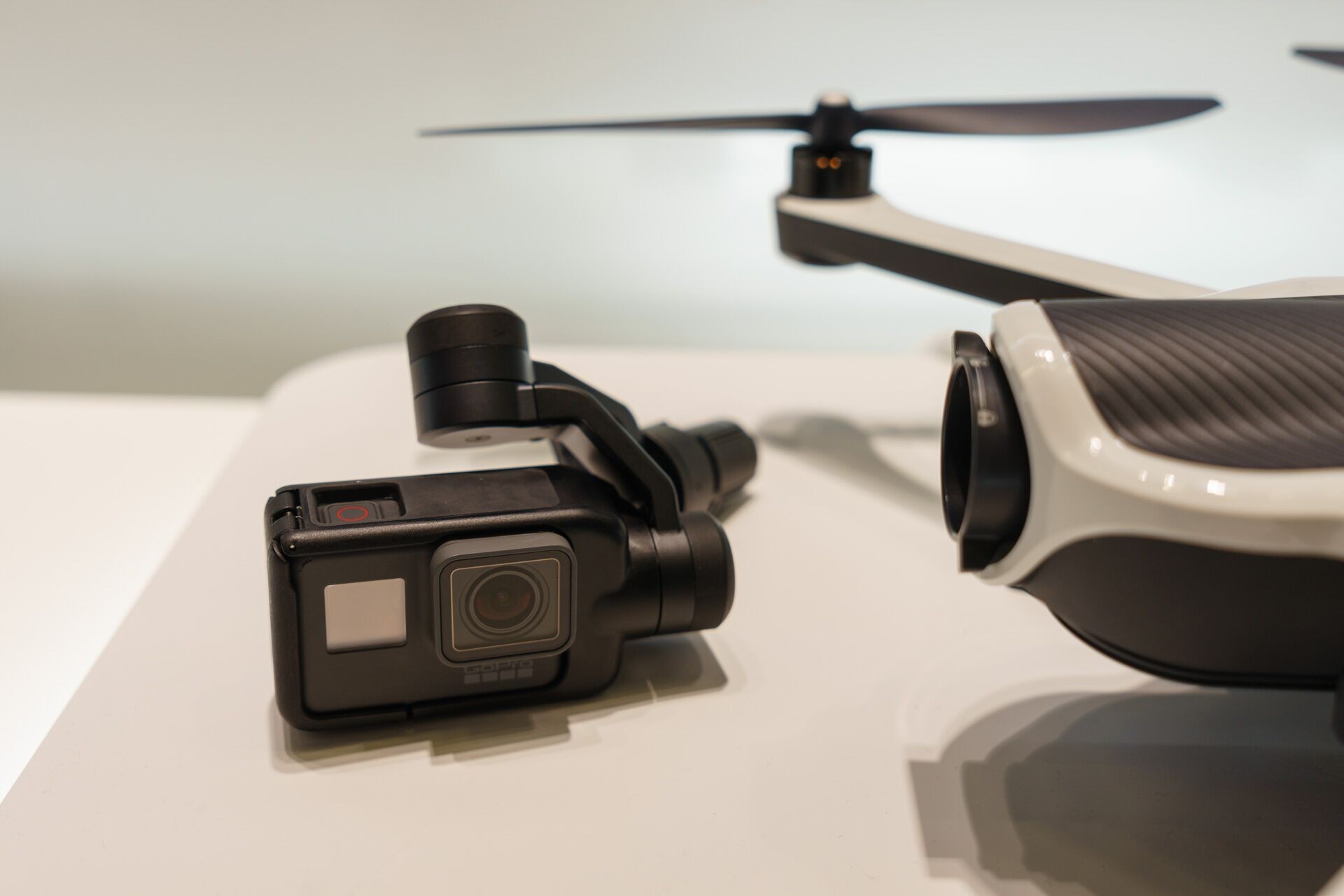 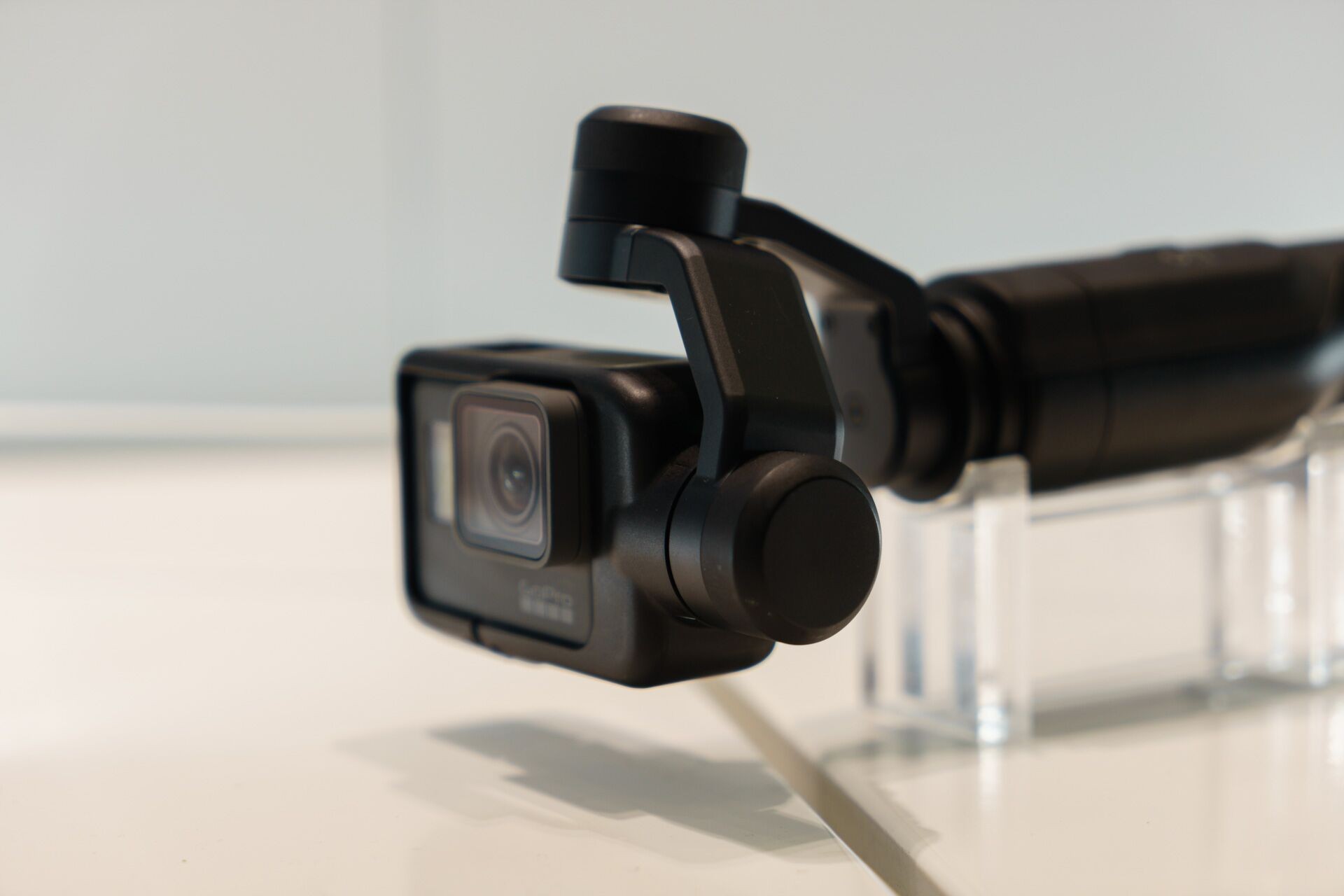 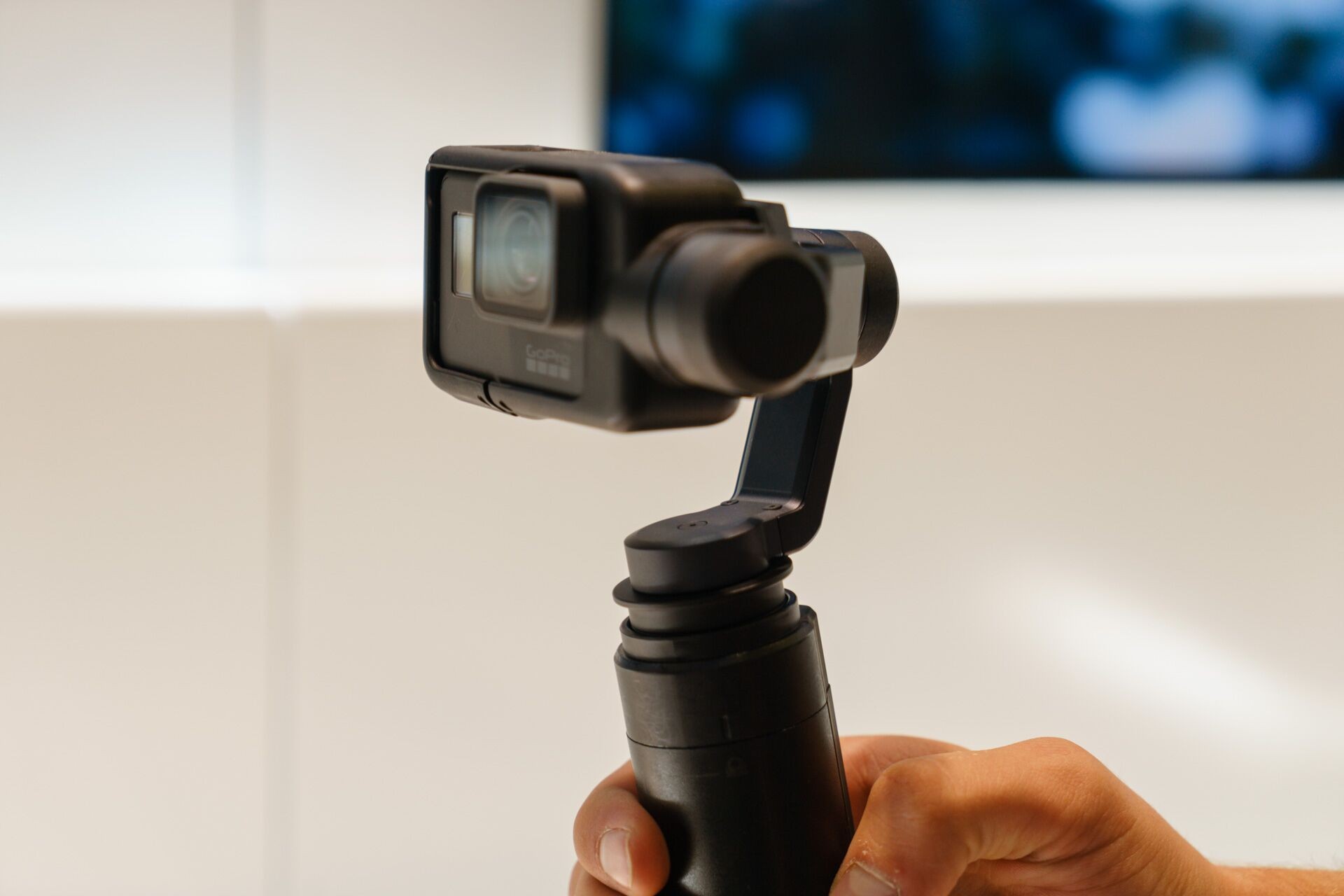 The Karma’s 3-axis gimbal is removable and can be mounted on the included grip to be used hand-held.

What the Karma doesn’t have, though, is a built-in camera. Instead, it was designed to be used with your GoPro HERO4 or HERO5 camera. Simply put the camera inside the gimbal, attach it to the drone’s “head”, and you’re good to go. The whole process is extremely simple and takes only two seconds. This also means you can upgrade your camera down the road and keep the rest as-is, which should significantly extend the Karma’s useful life. 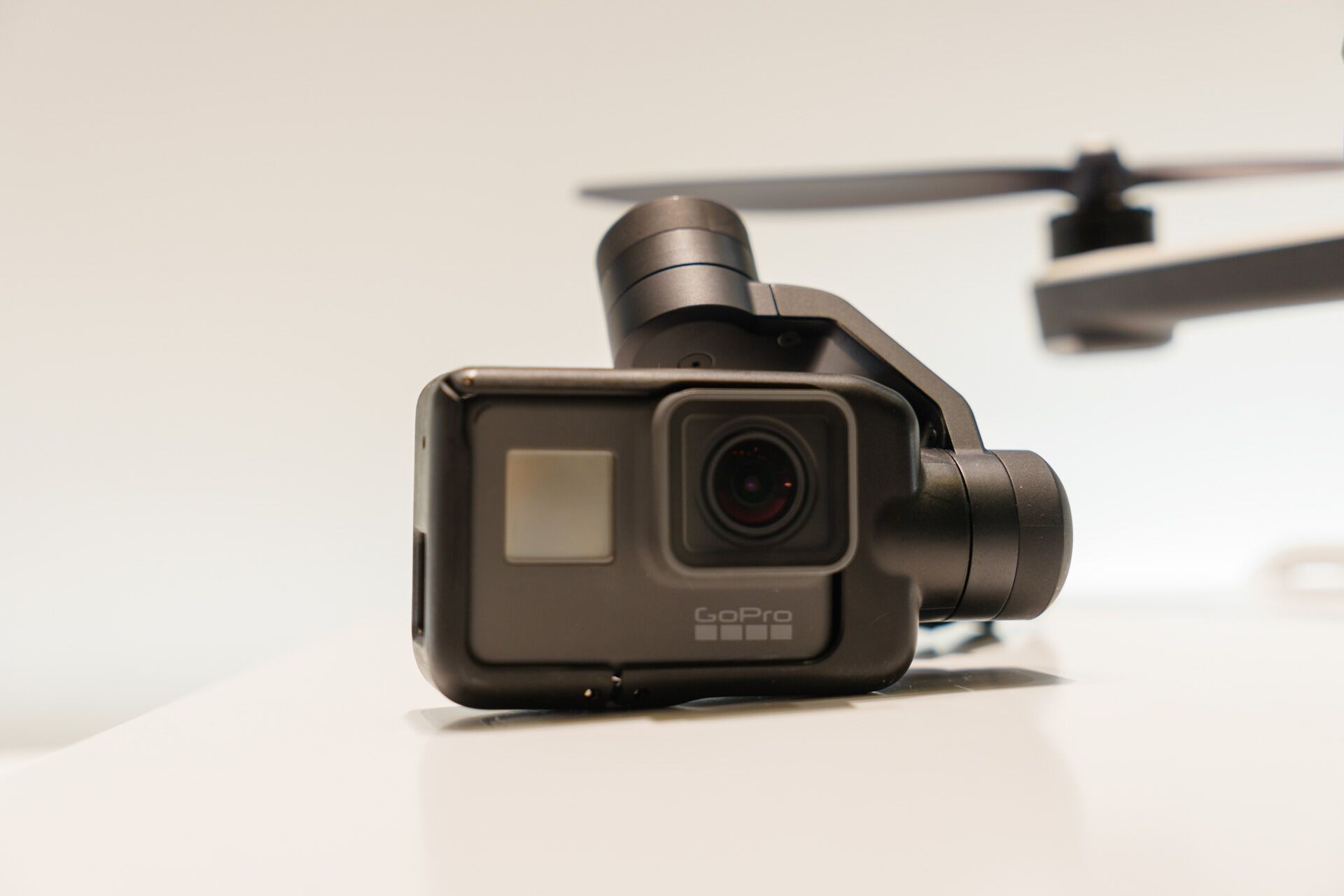 Overall, the Karma strikes me as an impressive piece of technology that will surely prove to be popular. 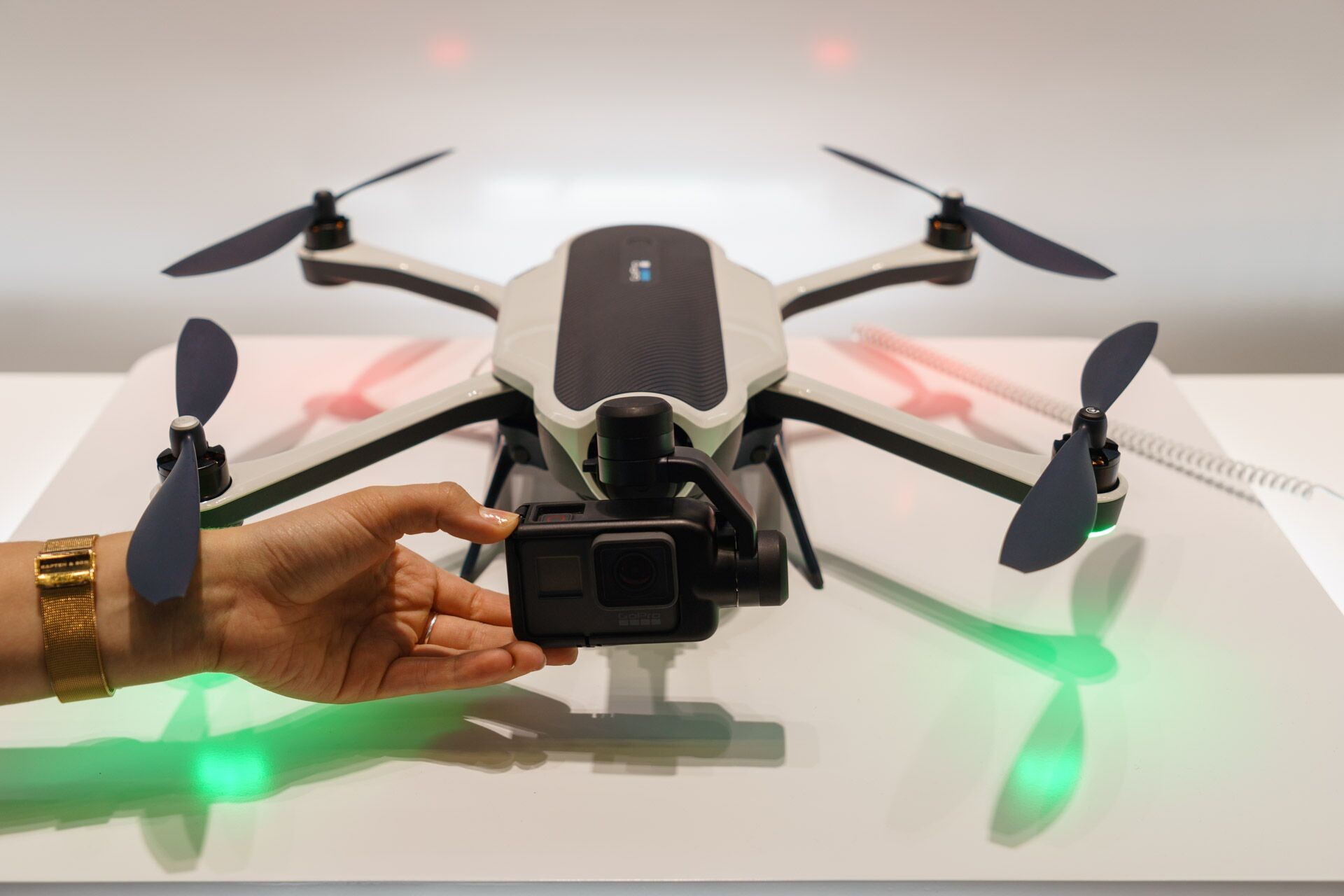 Besides the drone, I also had a chance to play with the HERO5 Black for a few minutes and it is a very nice little camera. 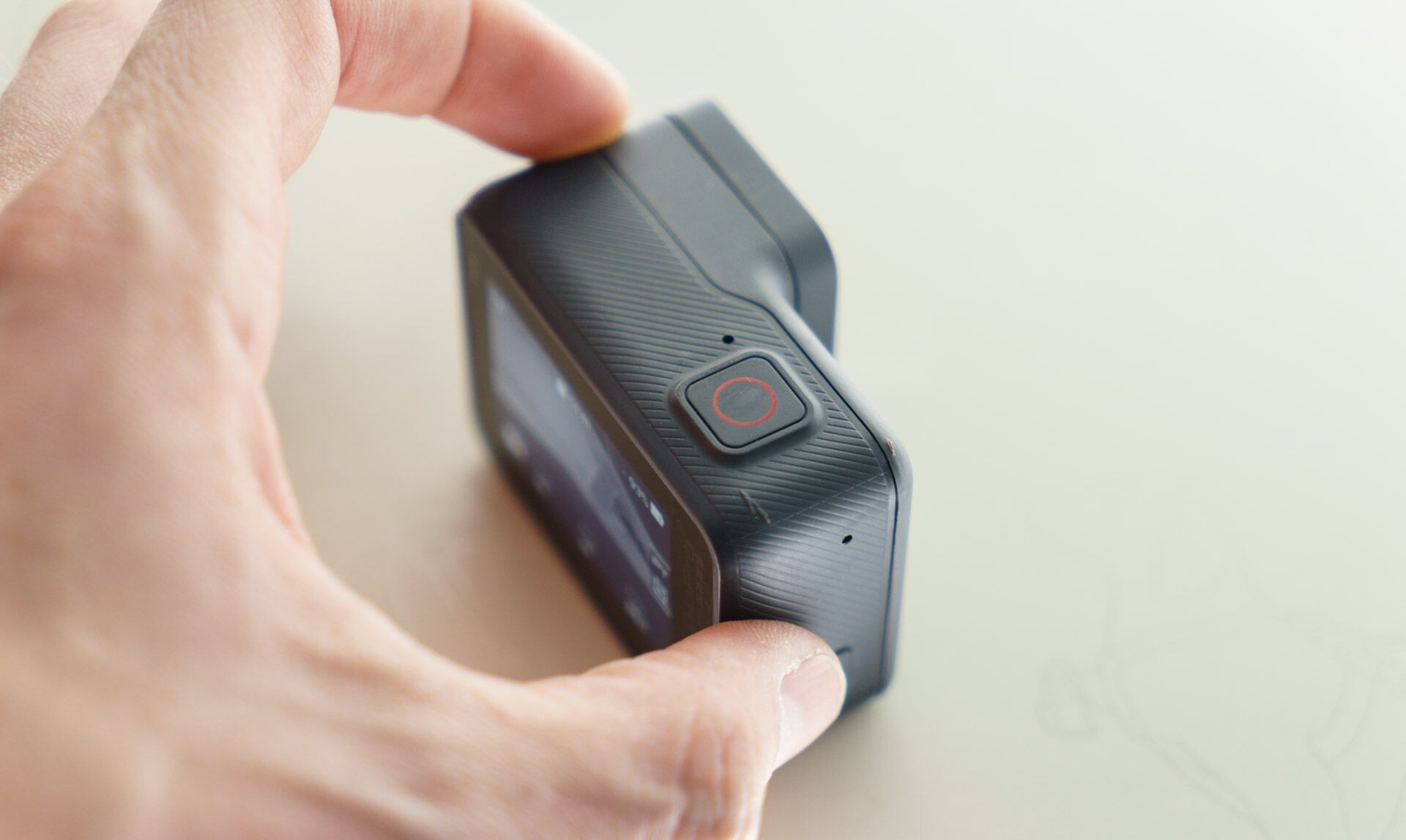 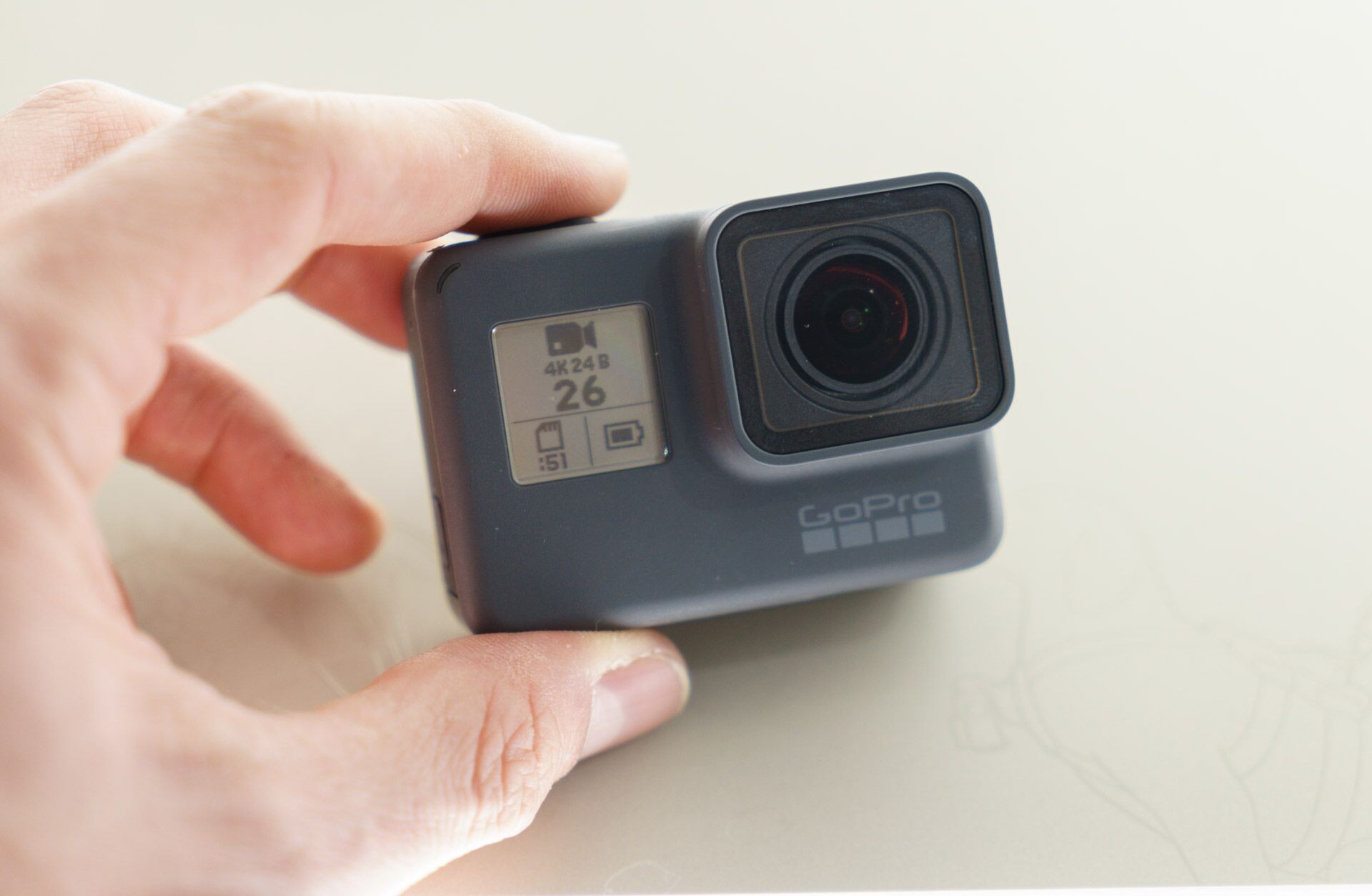 The HERO5 Black can shoot 4K video up to 30fps, and 1080p video up to 120fps. It also can shoot pictures in RAW and has a built-in GPS, but the most welcome new feature is definitely the 2″ rear touchscreen. Alternatively, you can also control the camera using GoPro’s smartphone app. And as the icing on the cake, it even has support for voice control in seven different languages. In terms of durability, the HERO5 Black is waterproof up to 33 feet deep, so you’ll be able to safely swim with it without a case. 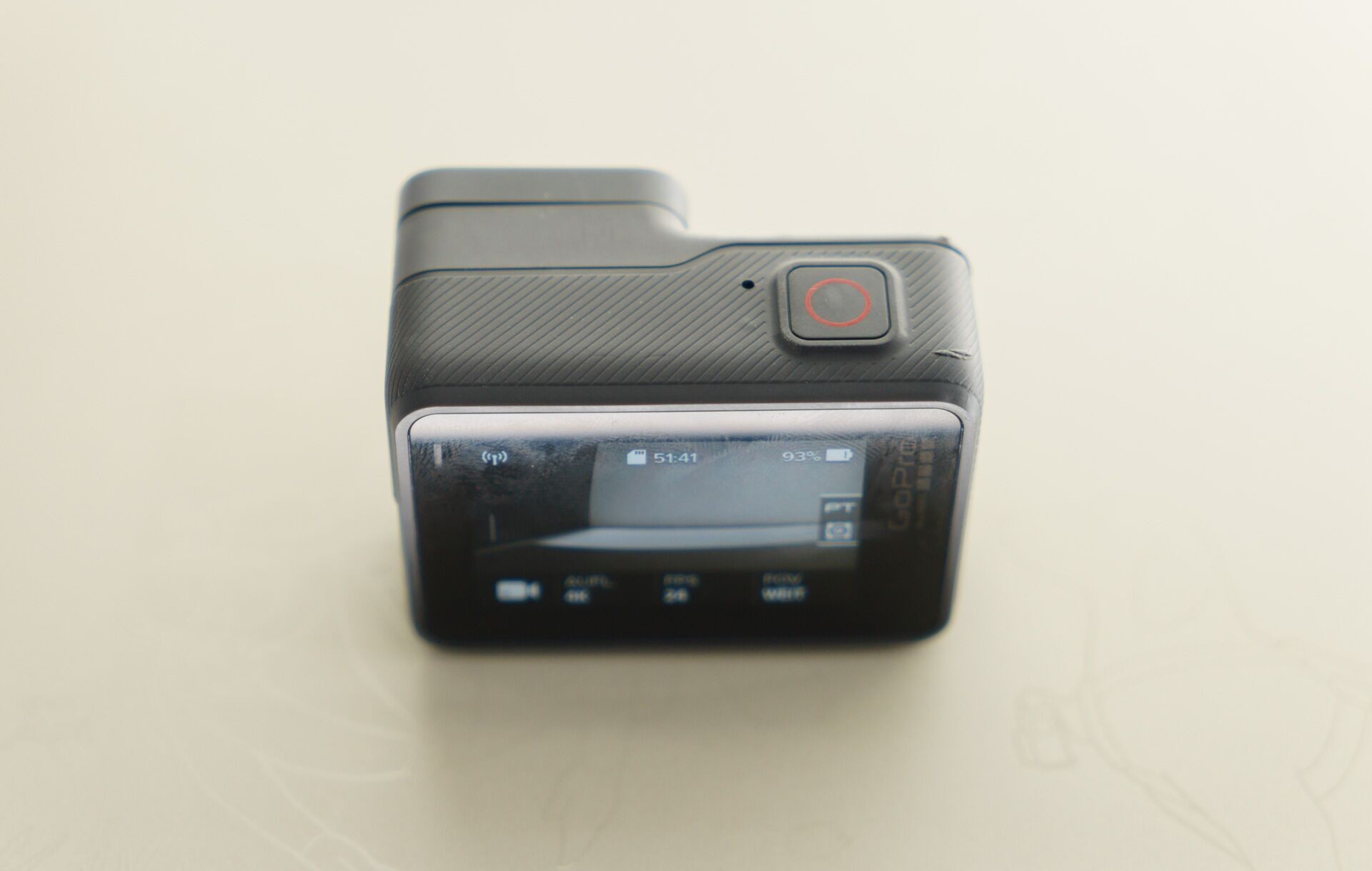 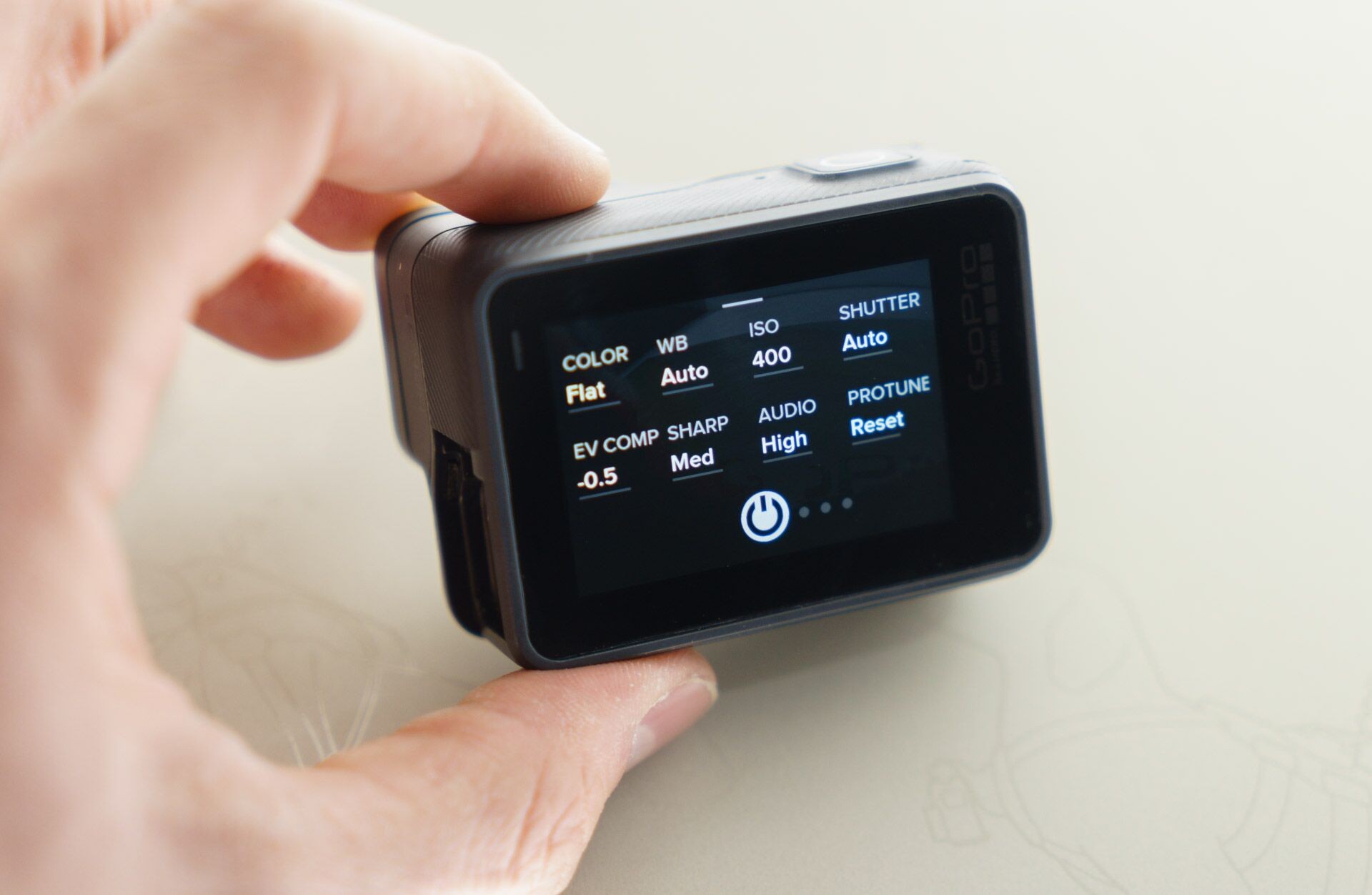 The HERO5 Black is a meaningful update in terms of recording capabilities, but the most welcome addition is probably the 2″ rear touchscreen.

The HERO5 Session, on the other hand, includes most of the improvements of the Black version in a smaller body, including its ability to shoot 4K video at up to 30fps and the waterproof rating of 33 feet. However, it can only shoot 1080p at up to 90fps (as opposed to 120 fps), it is limited to 10-megapixel stills (as opposed to 12), and it doesn’t have a touchscreen or GPS. None of these should be deal breakers, so if you like the form factor, this seems like a very nice camera. 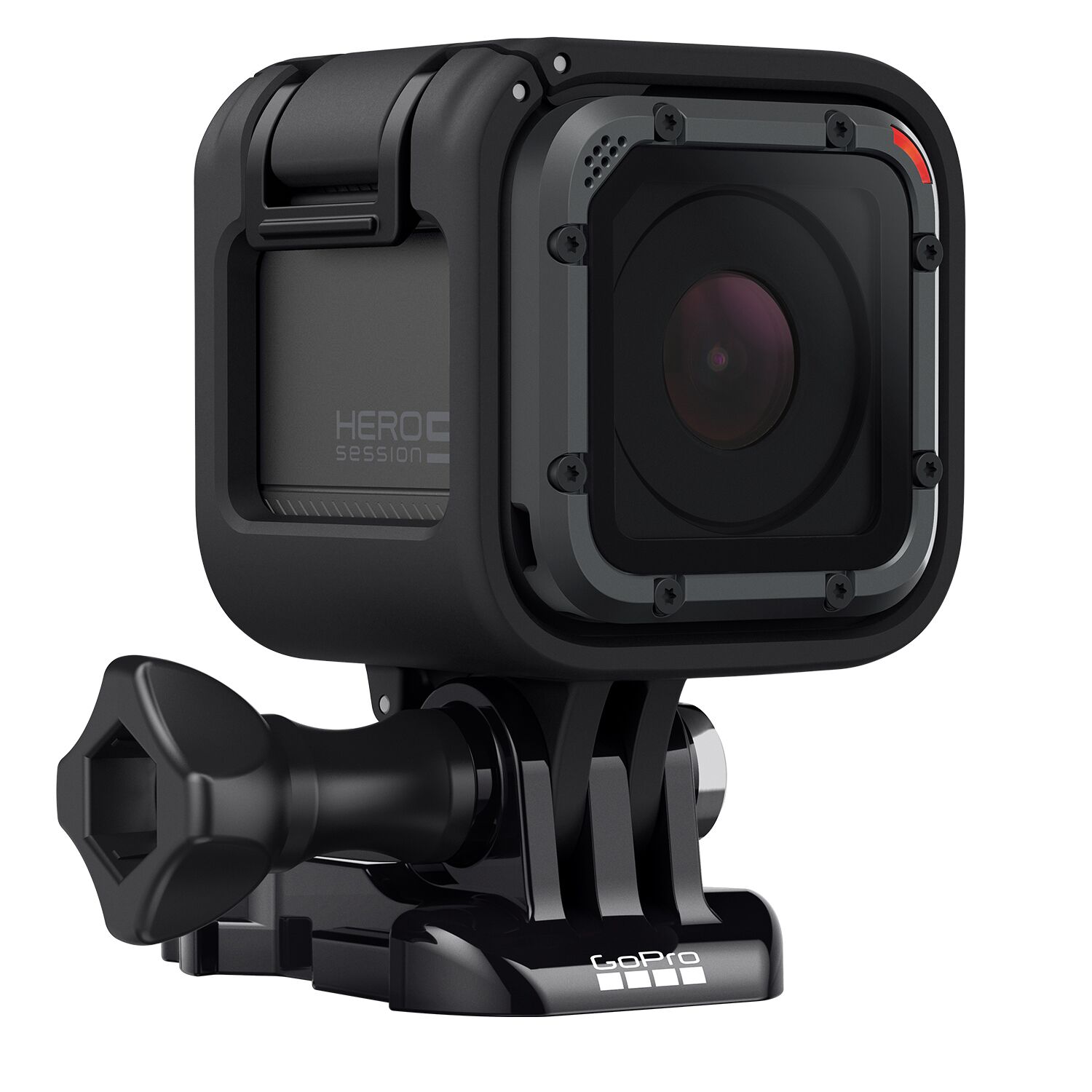 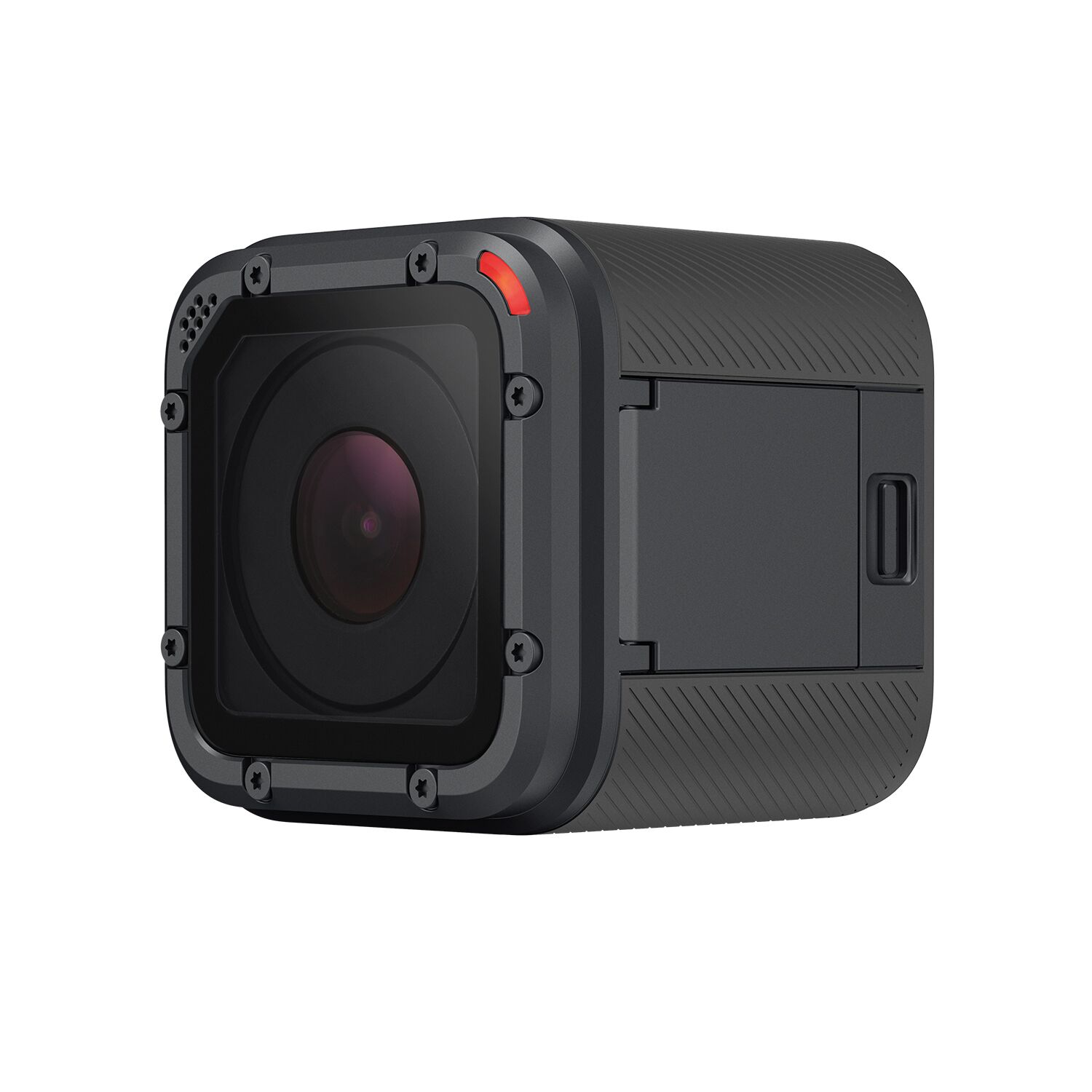 The HERO5 Session is also a great update that puts many of the features of the HERO5 Black in a smaller body at a more affordable price point. 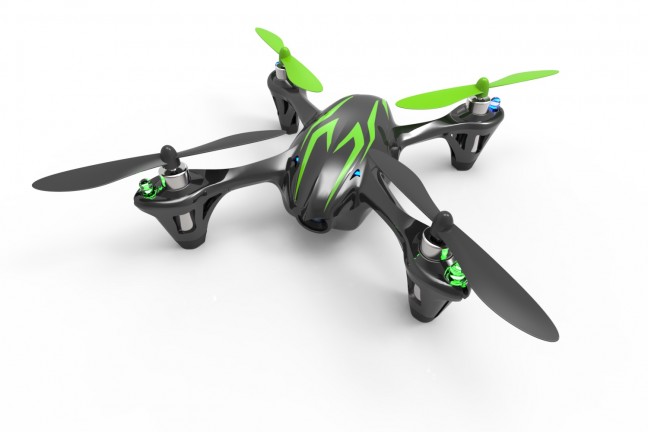 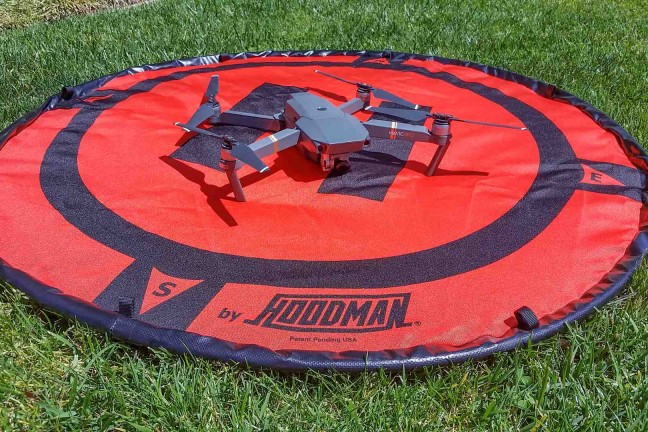 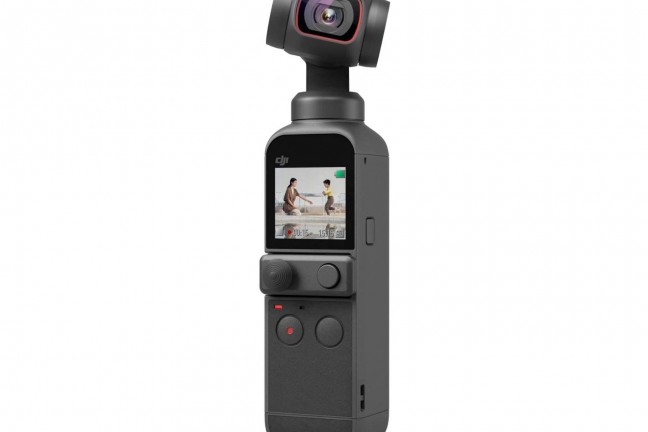