The path to finding the perfect all-in-one, everyday carry wallet is a long one. A very long one.

You generally go through phases (or at least I did):

I admit to having gone through these phases at least three or four times. By now, you’d think I’d have learned my lesson.

For the most part, I’ve realized I’ll never enjoy the Slim Wallet Phase or the Notebook Carry Phase. I keep a memo book on me at almost all times, but I don’t particularly enjoy sitting on my credit cards or a small pen in the car or on the bus. And I hate folding cash to fit inside a slim wallet (namely because Canadian polymer bank notes are harder to fold than American paper notes).

Without fail though, I land on the Phone Wallet Phase with each and every iPhone purchase. I use some sort of phone wallet for a week or two and enjoy having only one thing to remember first thing in the morning, only to remember how much I enjoy the iPhone’s thin and light design. After a few weeks, I jump back into my Bellroy Note Sleeve.

And then the cycle starts over. 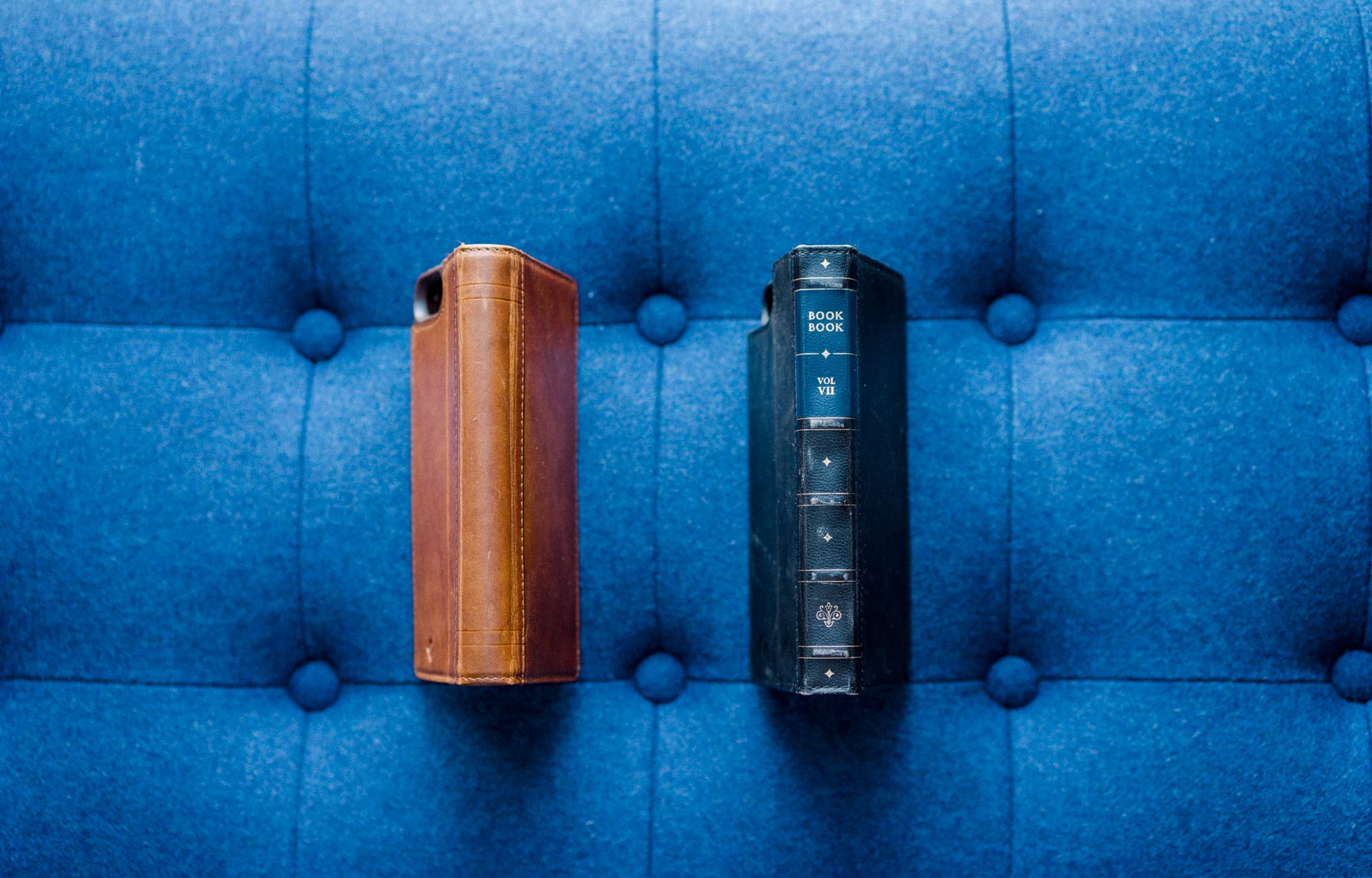 My round-and-round cycle didn’t go unnoticed. Twelve South sent me their latest iPhone 7 Plus BookBook and their all-new Journal for purposes of review. I’ve spent some time working with these phone wallets over the last month and have come away with one conclusion — the BookBook is the closest you will get to a perfectly executed phone wallet. Anything that deviates from the form factor or utility is a waste of time.

This includes the all-new Journal.

Editor’s Note: As mentioned, both of these products were sent to me for purposes of review. My thoughts are as genuine as can be. I suspect my frustration with the Journal will prove that.

If you golf, you’ll know how you can swing once and hit the ball perfectly flush and within yards of your intended target, only to swing a second time and completely whiff. In golf, you win some and you lose some. 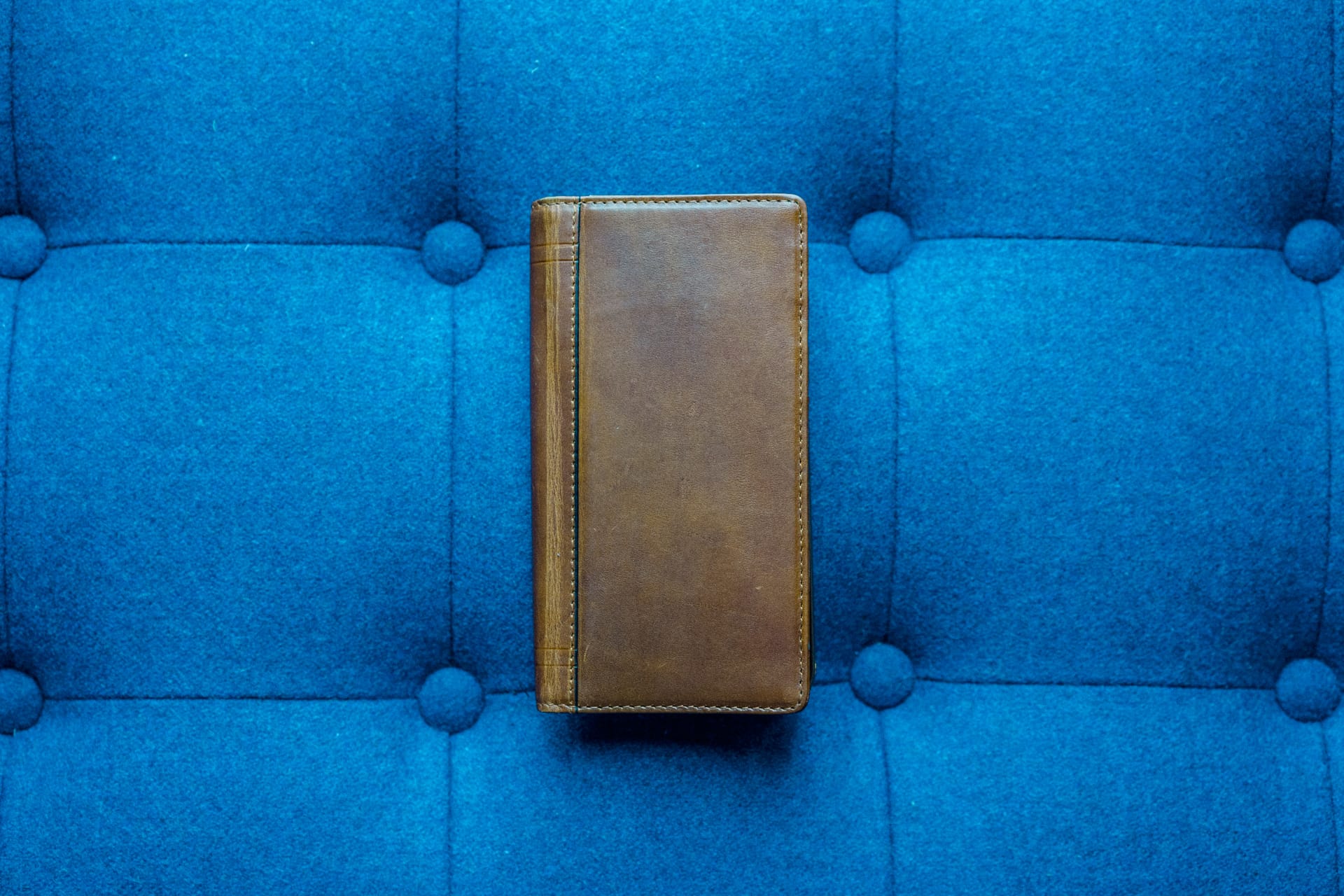 The Twelve South Journal is one of Twelve South’s newest iPhone cases, but is mostly an iteration of the BookBook.

The Twelve South Journal is the company’s entrance into a higher-end iPhone wallet. In essence, the Journal is the BookBook without the book-styled spine and a few higher quality materials built-in.

The Journal is all beauty and no brains. And that’s beauty in almost every sensory function. 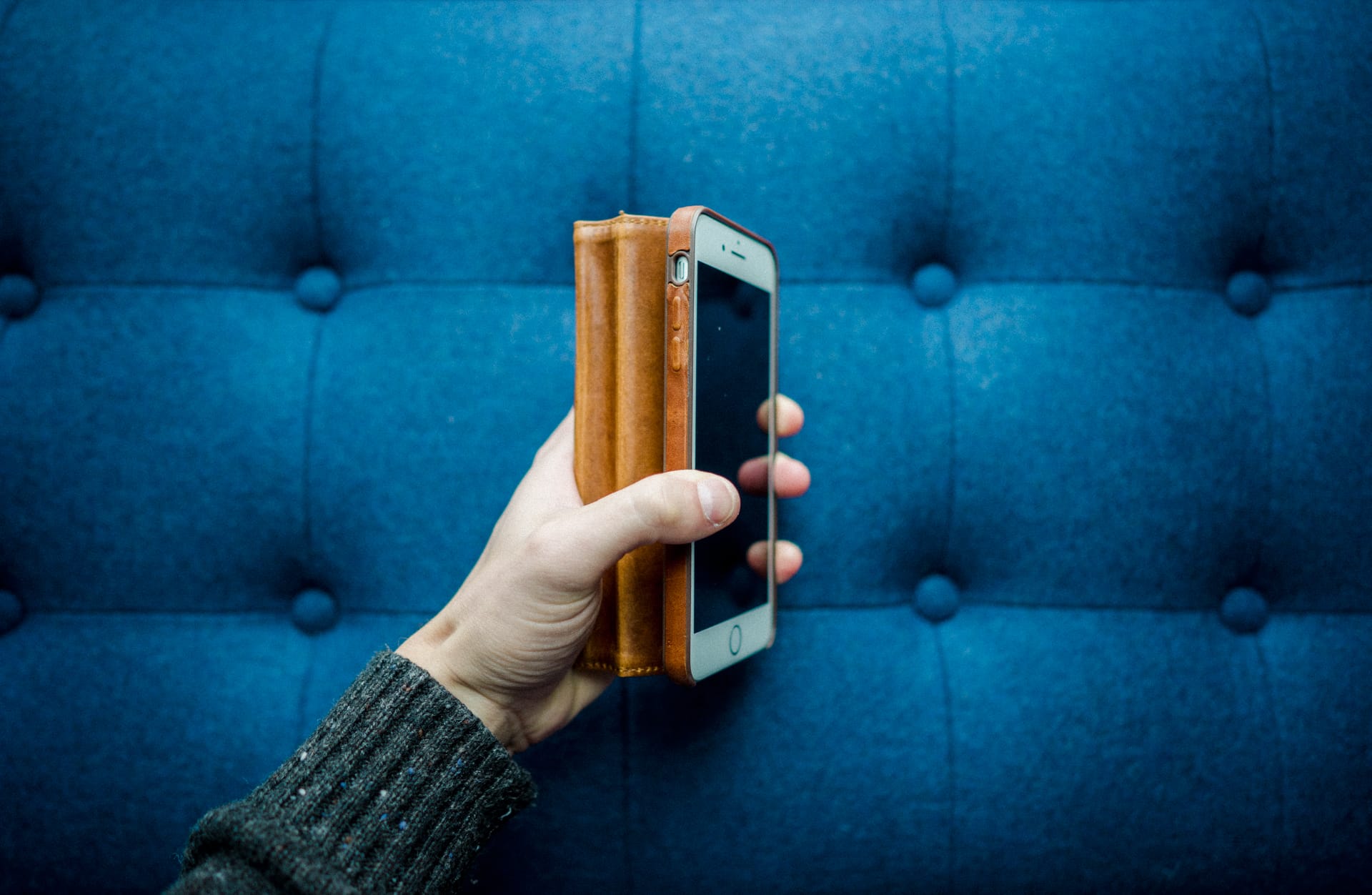 The Journal is one classy looking case on the outside, but it doesn’t make a whole lot of sense when in use. Case in point: the photo above. It’s tremendously difficult to hold this thing in your hand when it’s folded over.

Twelve South sent me the Cognac model, with luxurious brown leather from top to bottom. The leather ships extremely sturdy and requires some break in, but feels tremendously good to the touch. It also smells terrific — kind of like the smell of a new leather couch. I haven’t tasted the leather, but I’m sure it would be as good as leather can get.

Some other design and material notes:

Usability (And My Corresponding Complaints)

As mentioned, the Journal is all beauty and no brain. Upon first sight, the Journal will likely be the best iPhone wallet you’ve ever come across. But when it comes time to use it, the experience falls apart. 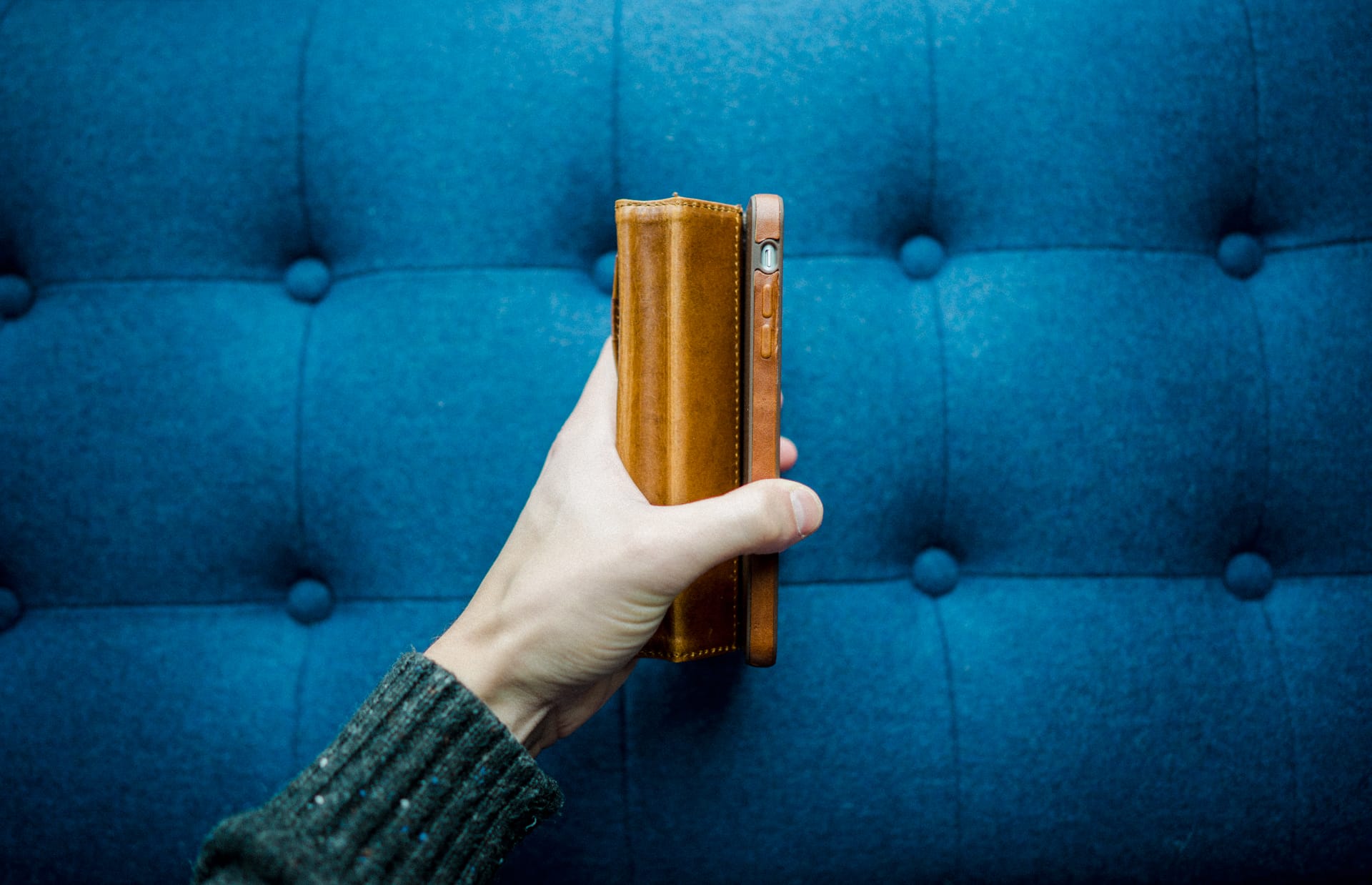 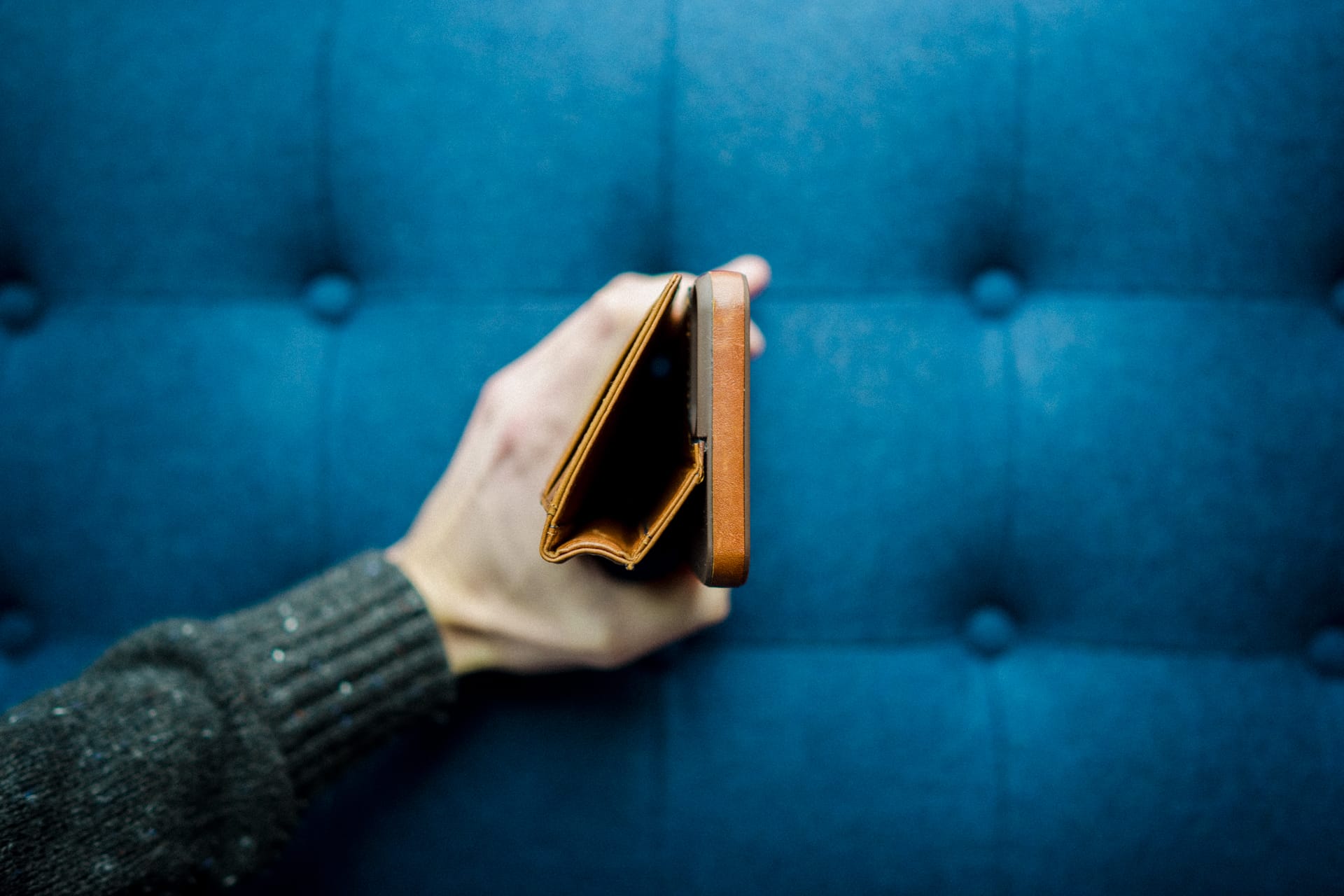 As you can see, the Journal’s rounded spine doesn’t fold over under any circumstance, making a firm grip of the case nearly impossible. 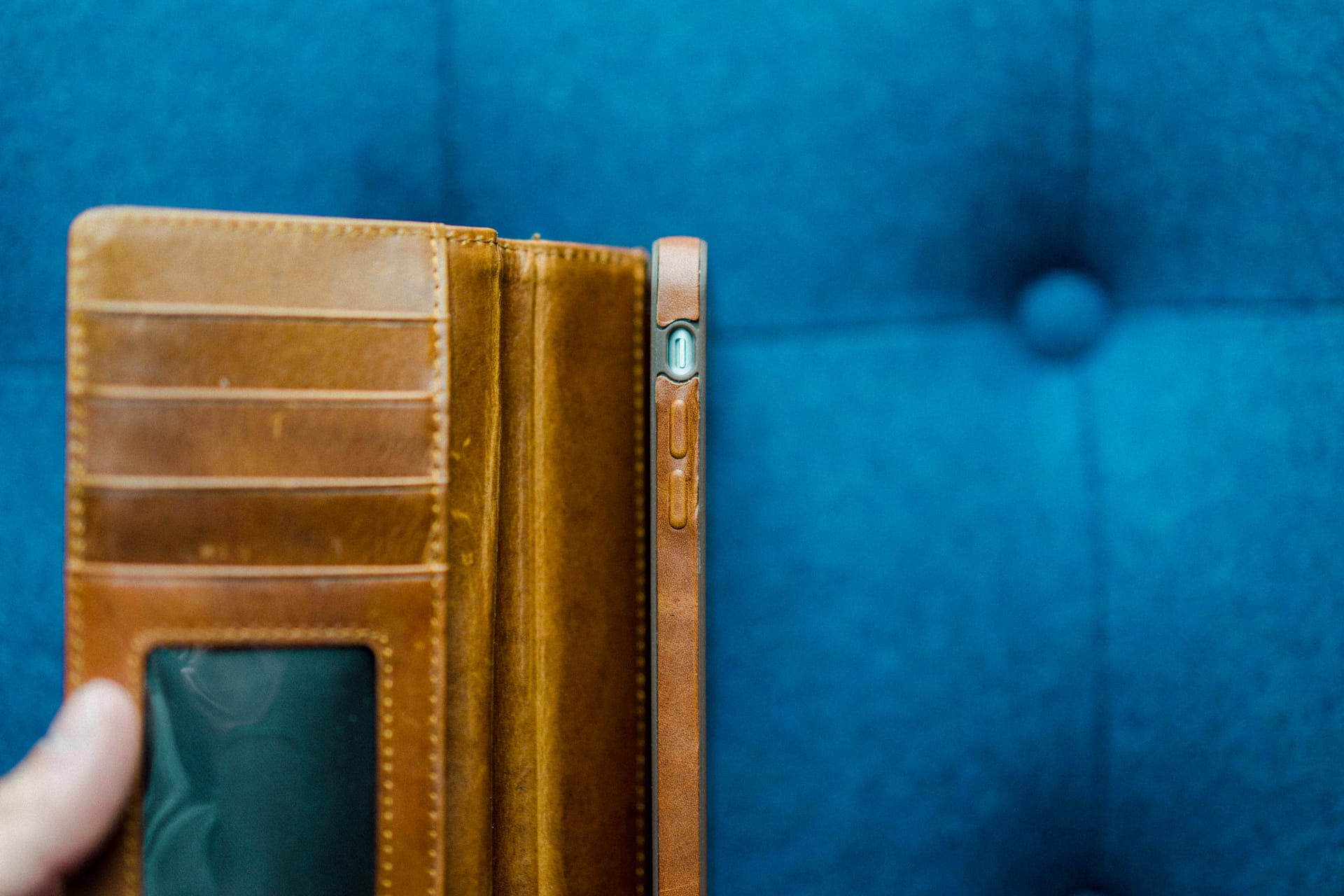 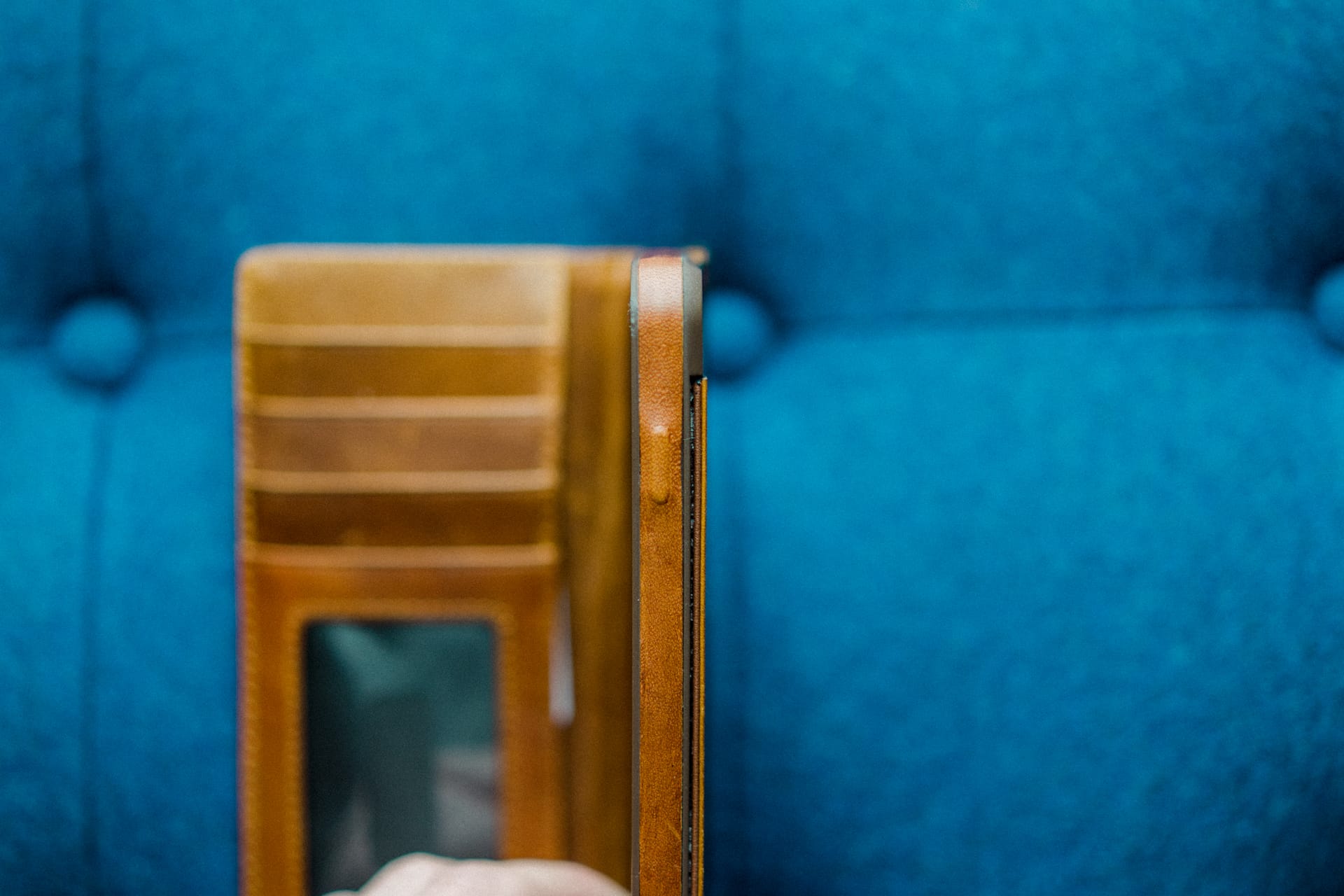 The quality of the leather in the Journal is incredible, but my particular unit has some shoddy veneer and glue work. The leather veneer around the iPhone’s shell isn’t cut properly and the back leather’s glue looks like it might pull right off.

I’ve reviewed and used many Twelve South products in my life. From the BookBook for iPhone 6 Plus, to the ParcSlope, to the BookArc, I’ve always been stunned with Twelve South’s attention to detail and craftsmanship.

Unfortunately, the Journal is anything but. It looks tremendous, but everything about my particular Journal has disappointed me. From the build quality through to the usability and design choices, the Journal is a misstep from Twelve South.

If you want a phone wallet, get the BookBook. It’s way, way, way better.

In every area where the Journal missteps, Twelve South’s BookBook picks up the slack. 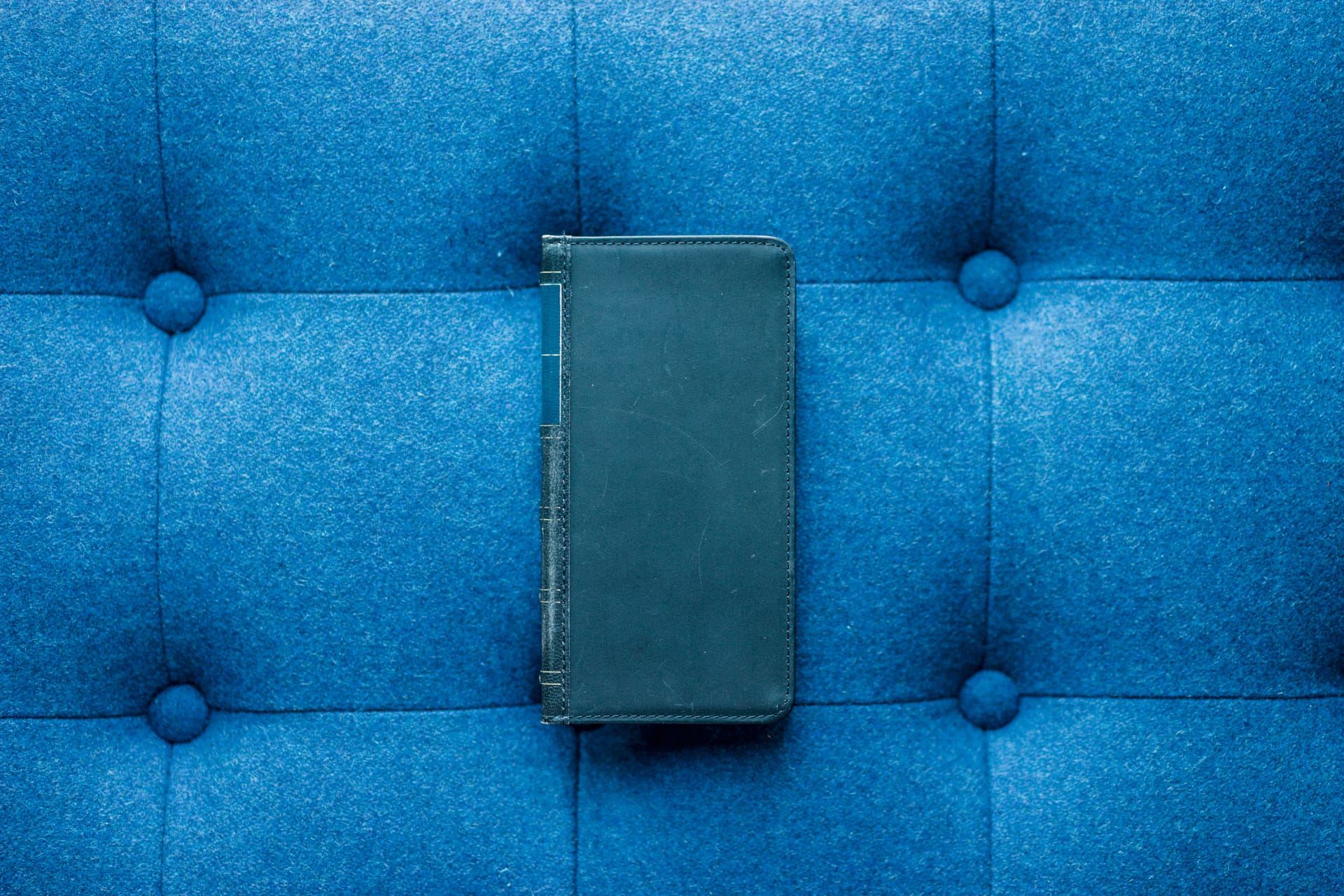 In all areas where the Journal comes up short, the Twelve South BookBook picks up the slack.

This is the closest you will get to finding a perfect iPhone wallet. Every detail and design choice in the BookBook is a step ahead of the Journal and makes the BookBook the undisputed choice for anyone looking to combine their iPhone and their wallet into one package.

This year’s BookBook is nearly identical to last year’s, save for a few cosmetic differences. Twelve South sent me the black model to compare directly to the cognac Journal, but you can also grab a brown model if you prefer. I love how sleek the black BookBook looks and feels in hand. 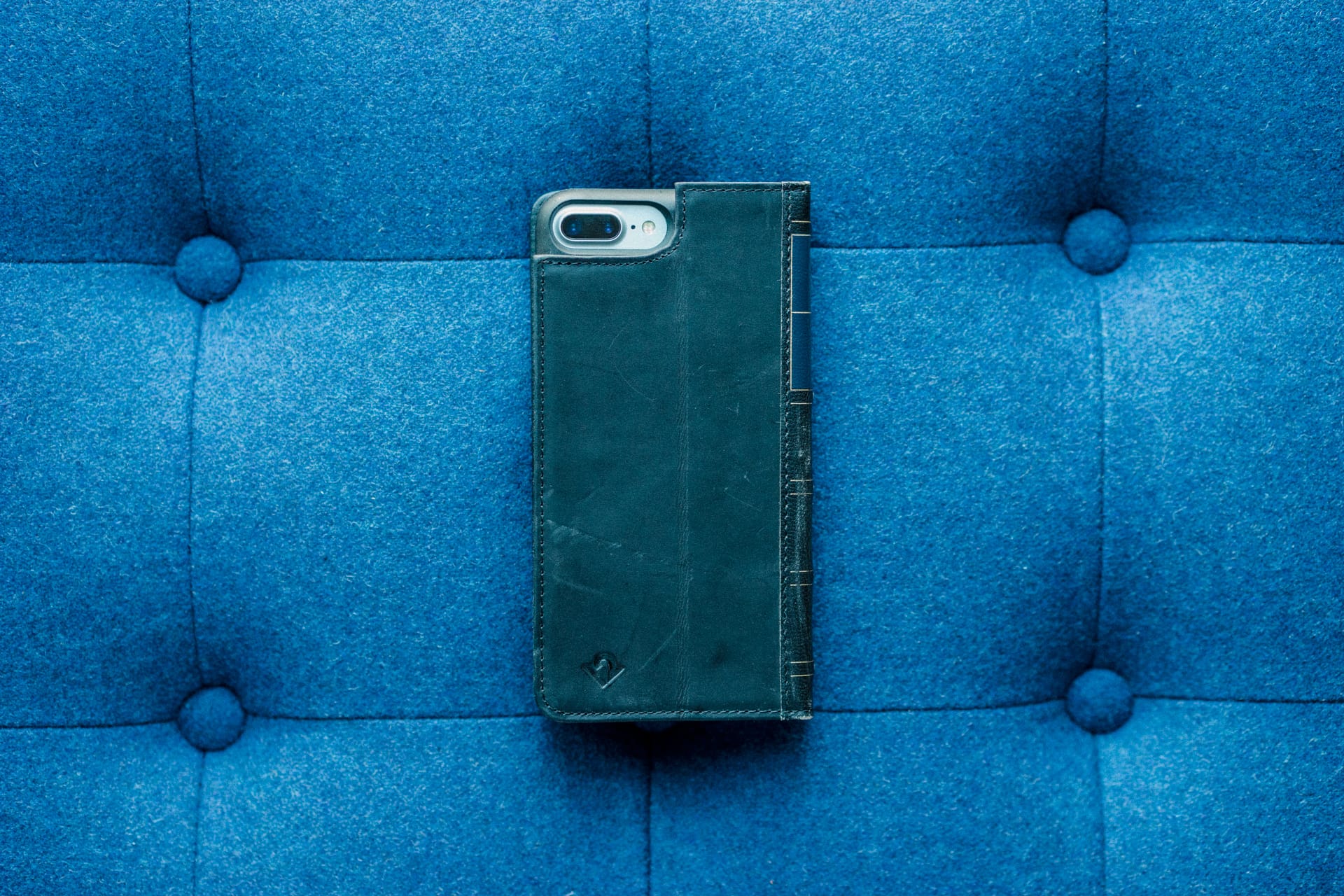 This year’s design is nearly identical to last year’s design, save for a differently colored spine and a few color changes on the inside.

Here’s a couple bullet points regarding the BookBook’s design: 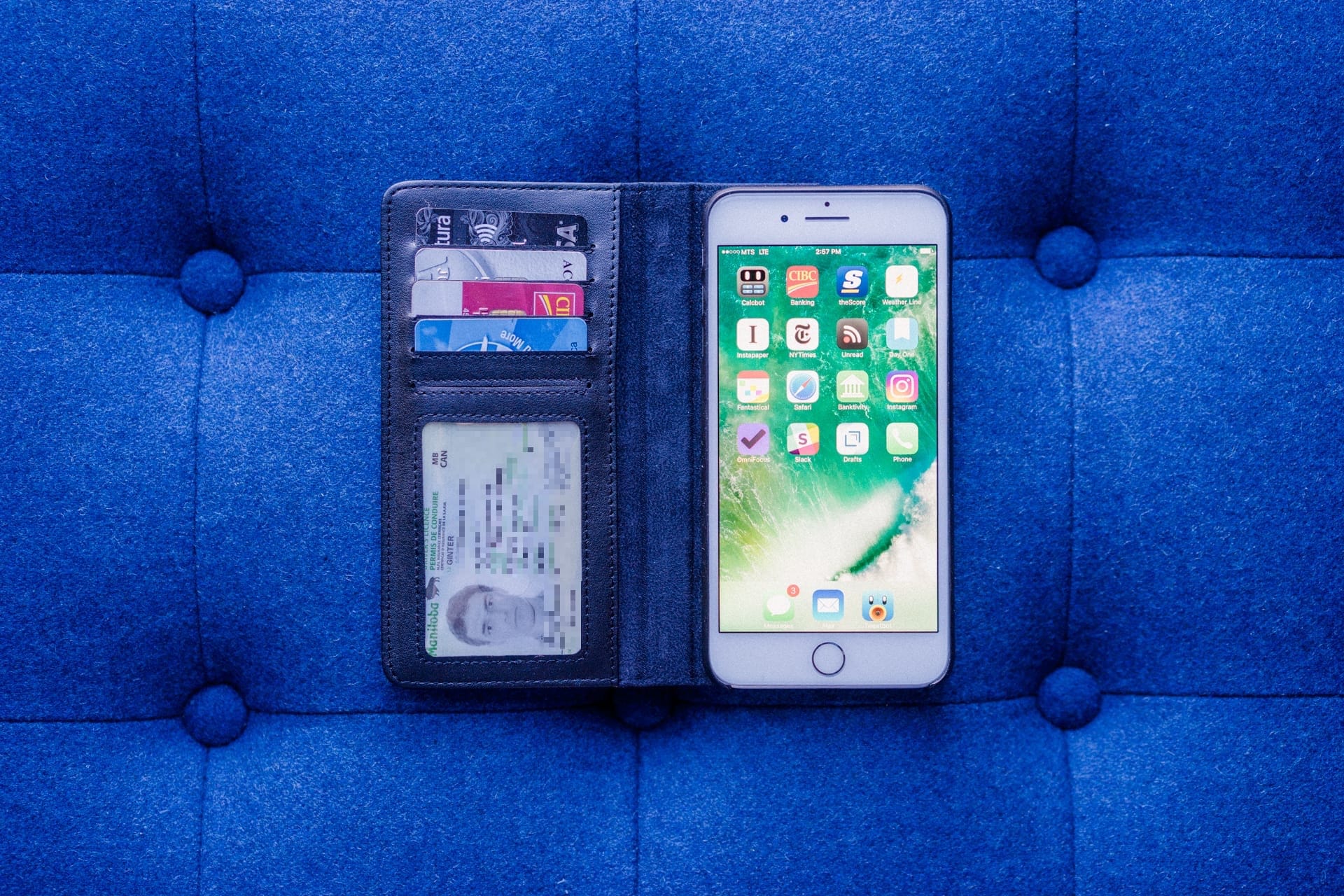 The BookBook comes with five card slots instead of the four slots in the Journal.

Usability (And That Hard Plastic Case)

This is where the BookBook gets everything right. 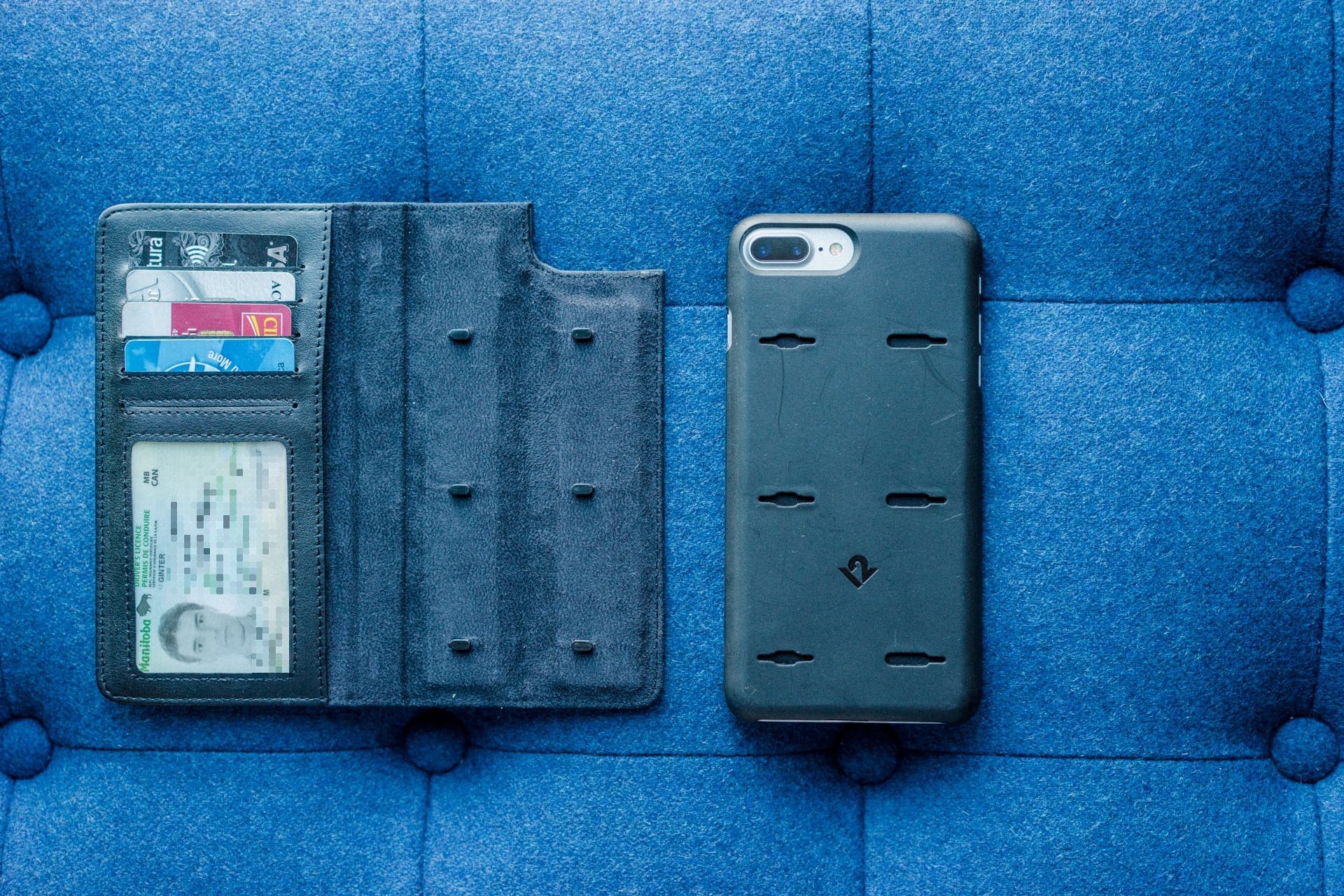 Removing the hard plastic case allows you to shed the leather shell when you’re at home or at the office, and allows you to have all your belongings in one package when on the go.

The hard plastic iPhone case can be removed from the BookBook’s outer leather shell, allowing you to put the wallet portion of the package on the console table when you get home. It’s a perfect hybrid option between a phone wallet and a normal black iPhone case.

Thanks to the slight redesign of the hard case, I don’t feel you’re making as much of a style compromise by using the BookBook’s iPhone case on its own. Last year’s case was more of an eye-sore.

It should be noted that although this is designed for the iPhone 7 Plus, there’s no part about the latest BookBook that doesn’t work with the iPhone 6 Plus or 6s Plus. The 6 Plus/6s Plus BookBook’s camera cutout was too small for the iPhone 7 Plus, so the old BookBook is incompatible. Going the other direction, you’ll just find more space around the cameras on older iPhone models. Everything is still compatible. 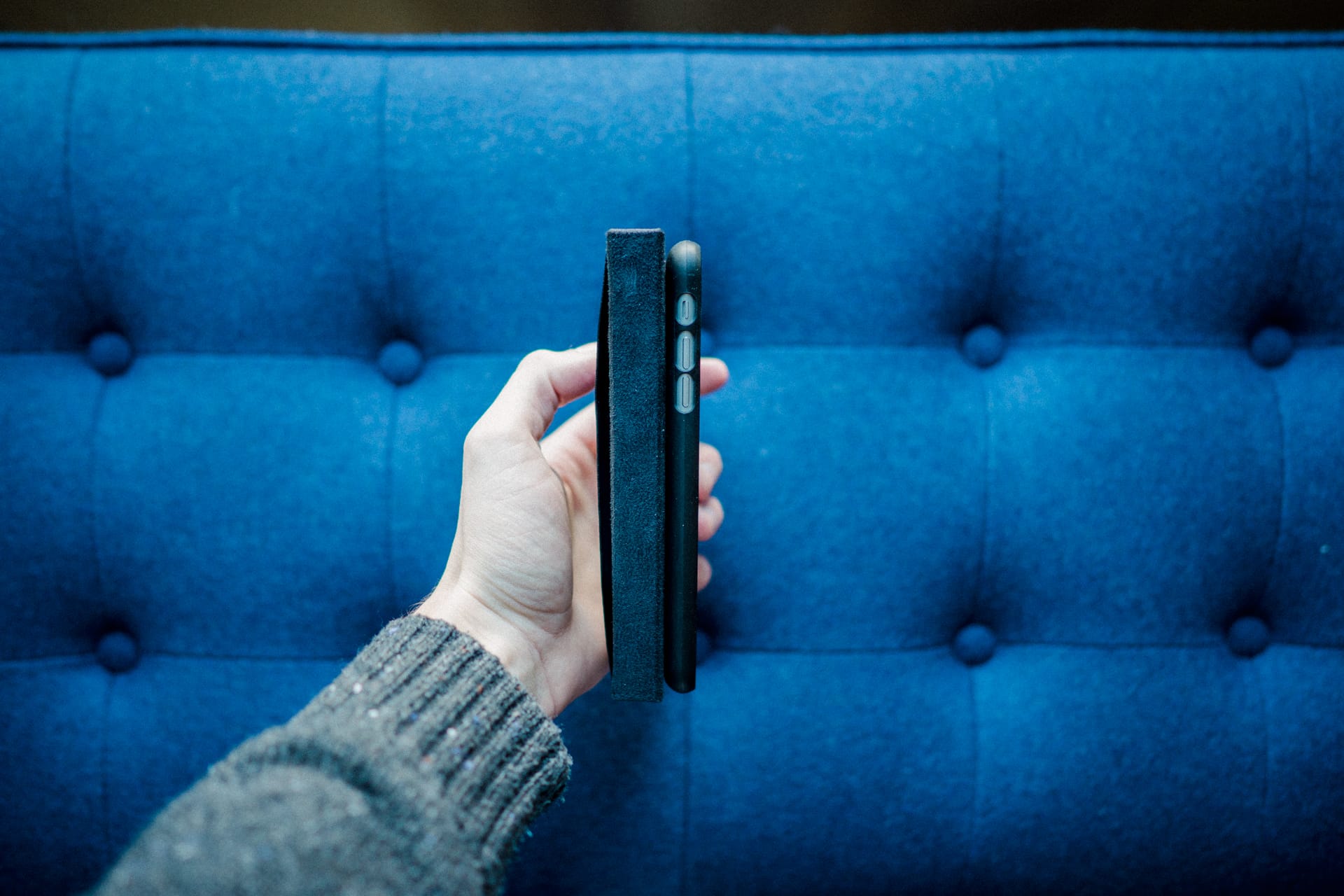 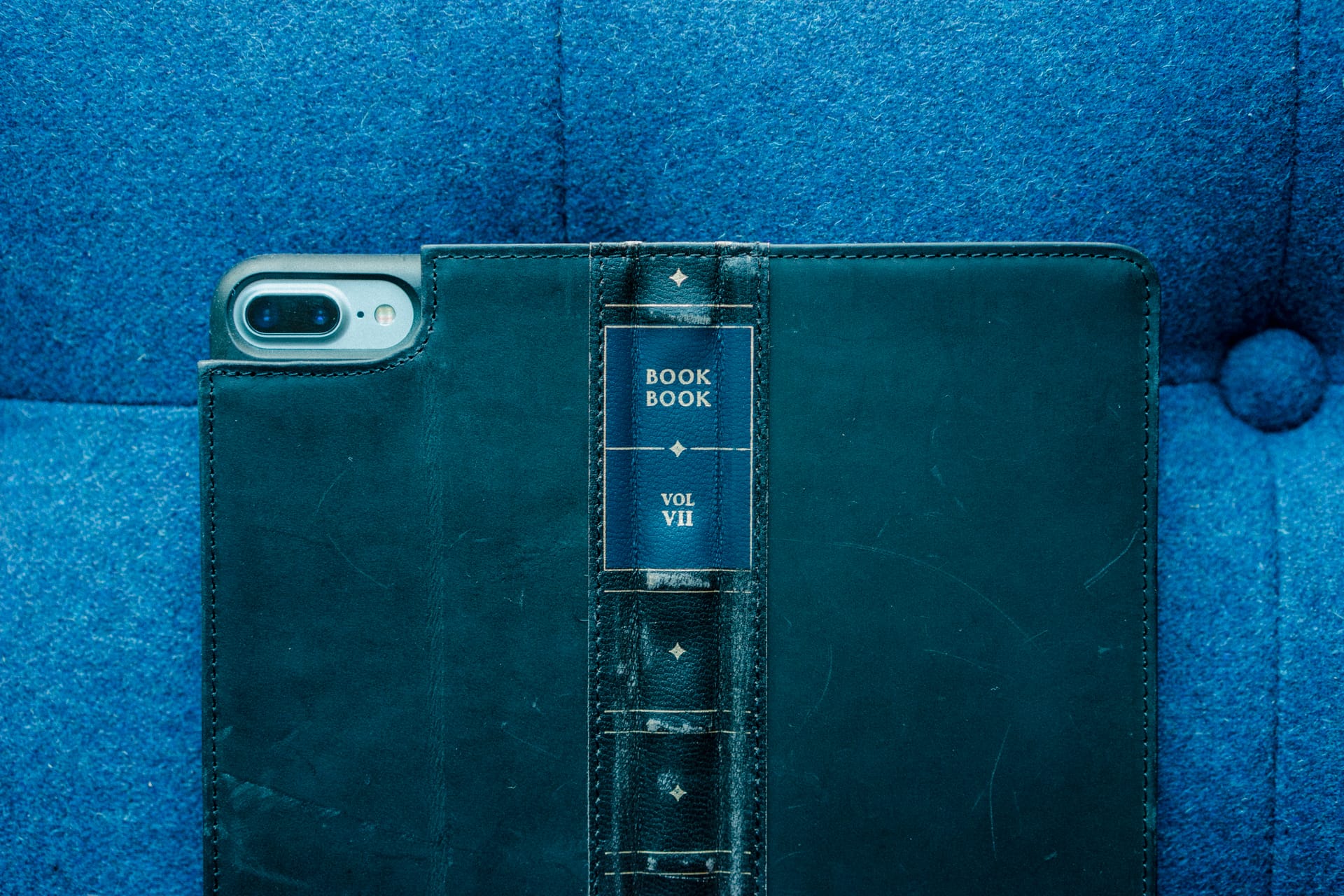 I love the redesigned spine. After a few more iPhone generations, all your expired BookBooks are sure to look unique on your bookshelf.

The only aspect of the BookBook which will turn people off is the wallet’s antique-book aesthetic. Either you love it or you hate it. I think if the BookBook were to shed the antique-book style in favor of the Journal’s wallet look (but still maintain the square spine), it would be a grand slam phone wallet for all users. As it currently stands, the polarization of that book aesthetic is sure to rub people different ways.

When Twelve South contacted me to see if I’d be interested in doing a comparative review of the Journal and the BookBook, I thought for sure I’d come away with the Journal as the clear winner. Not only is the Journal more money, it’s also marketed as a higher-end luxury product. 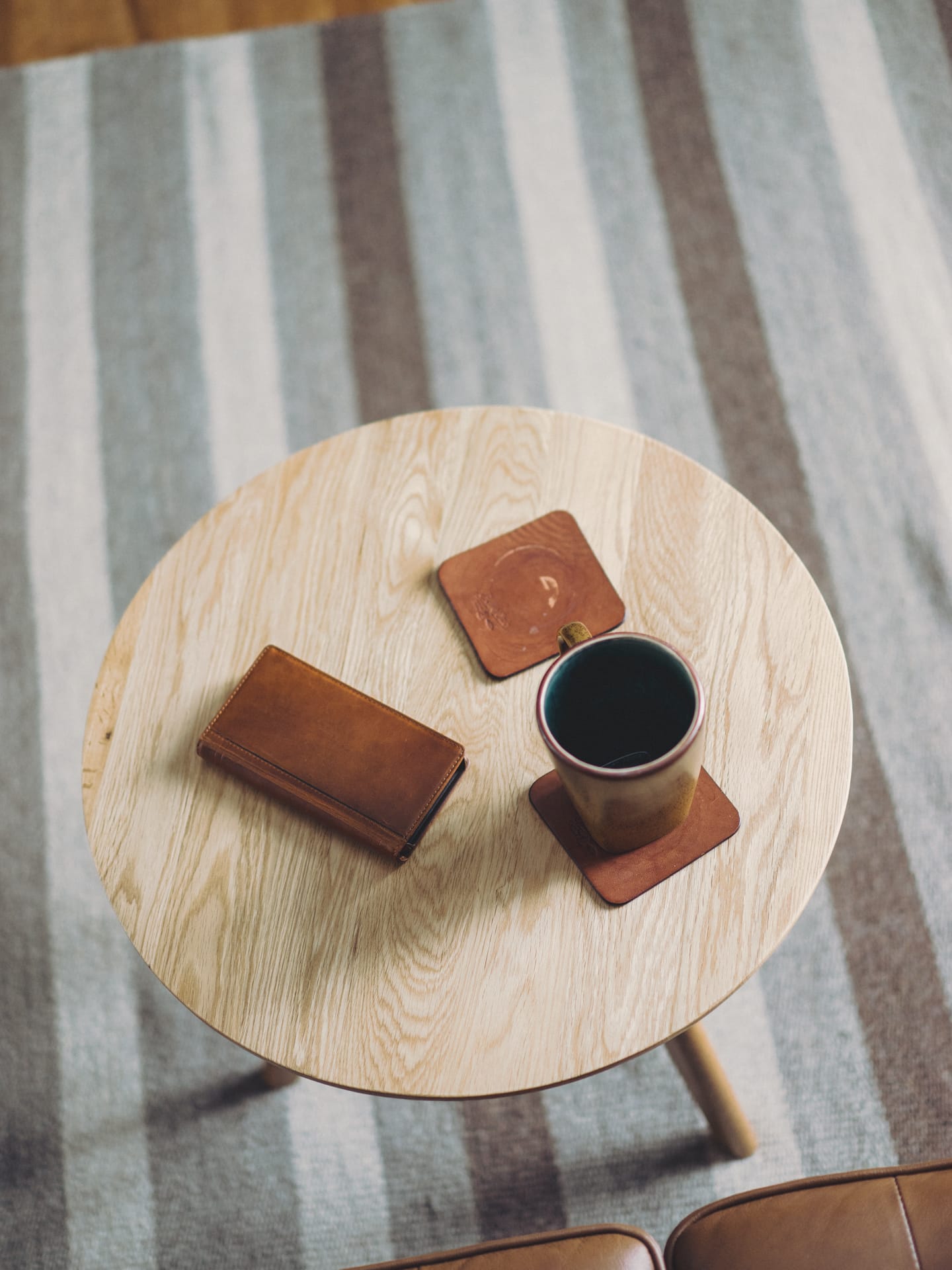 The Twelve South Journal is a unique case that is all style and no substance. It’s as beautiful as an iPhone case can get, but it’s style is outmatched by how difficult it is to use the case.

Man was I wrong. If anything, this little comparative review helped solidify the BookBook’s reign as the best iPhone wallet I’ve used.

From a usability perspective, the BookBook blows the Journal — and every competitor, for that matter — out of the water. The spine folds quickly and easily around for phone calls or texting on the go, and the ability to remove the interior plastic case when you’re home in the evening means you don’t have to lug the extra leather around when you don’t have to. You even get an extra card slot in the BookBook.

As far as looks go, the Journal is truly stunning. It feels tremendous in the hand and the leather is truly top-notch. 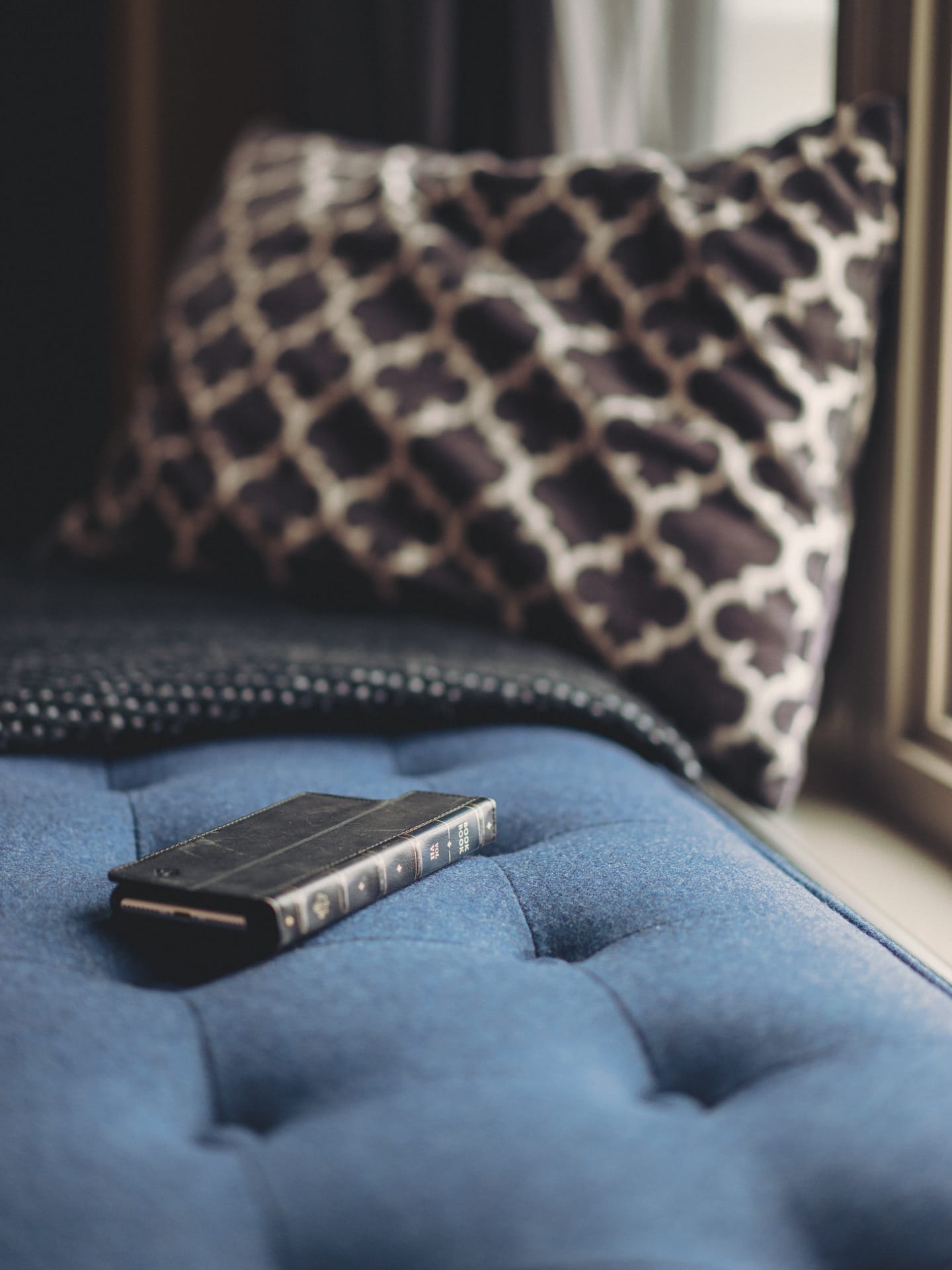 The BookBook, on the other hand, continues right where last year’s BookBook left off. If you like the antique-book style, the BookBook for iPhone 7 Plus is one of the best phone wallets you will find. 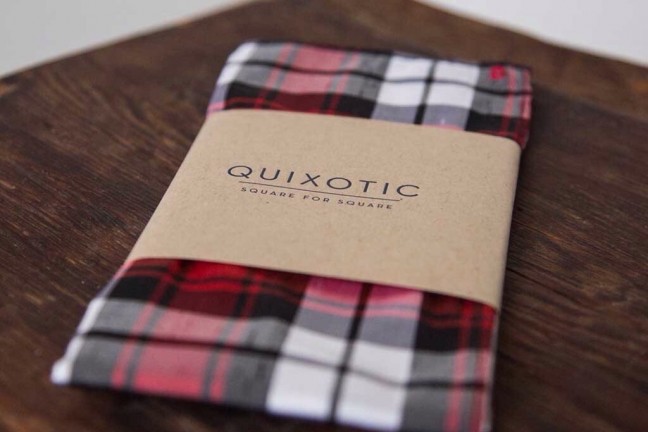 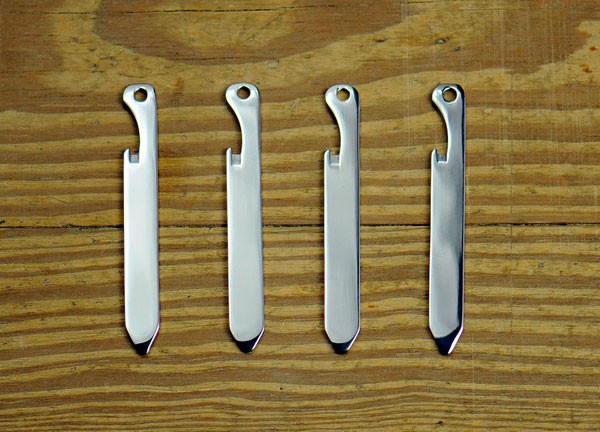 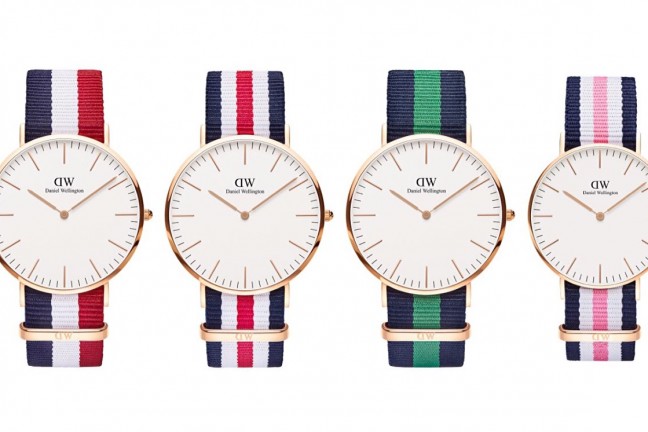