Yet, (almost) every year, I give in. This year is no different. 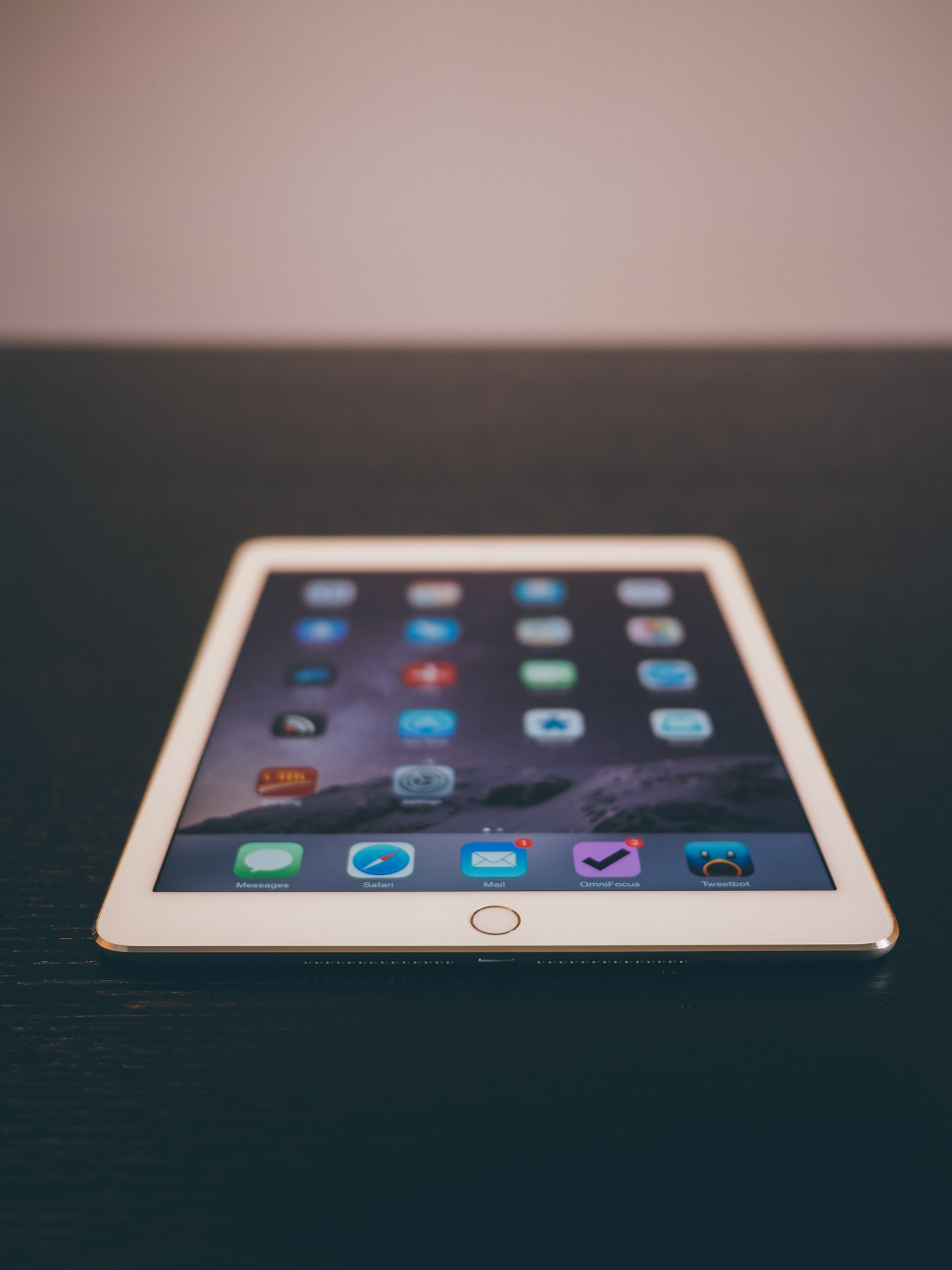 The general story seems to go something like this: You will love the iPad Air 2 if you’re coming from an iPad older than last year’s iPad Air and, if you have last year’s Air, you should wait for next year’s iPad to make an upgrade. While I’m somewhat inclined to agree, the iPad Air 2 is just as big a jump forward as the iPad Air was from the fourth generation iPad. The Air 2’s body is thinner and lighter to hold, the laminated screen is jawdropping to look at, and the triple-core processor and added RAM are lightning fast. Oh, and Touch ID. And a new camera.

This update is far more significant than I originally thought. 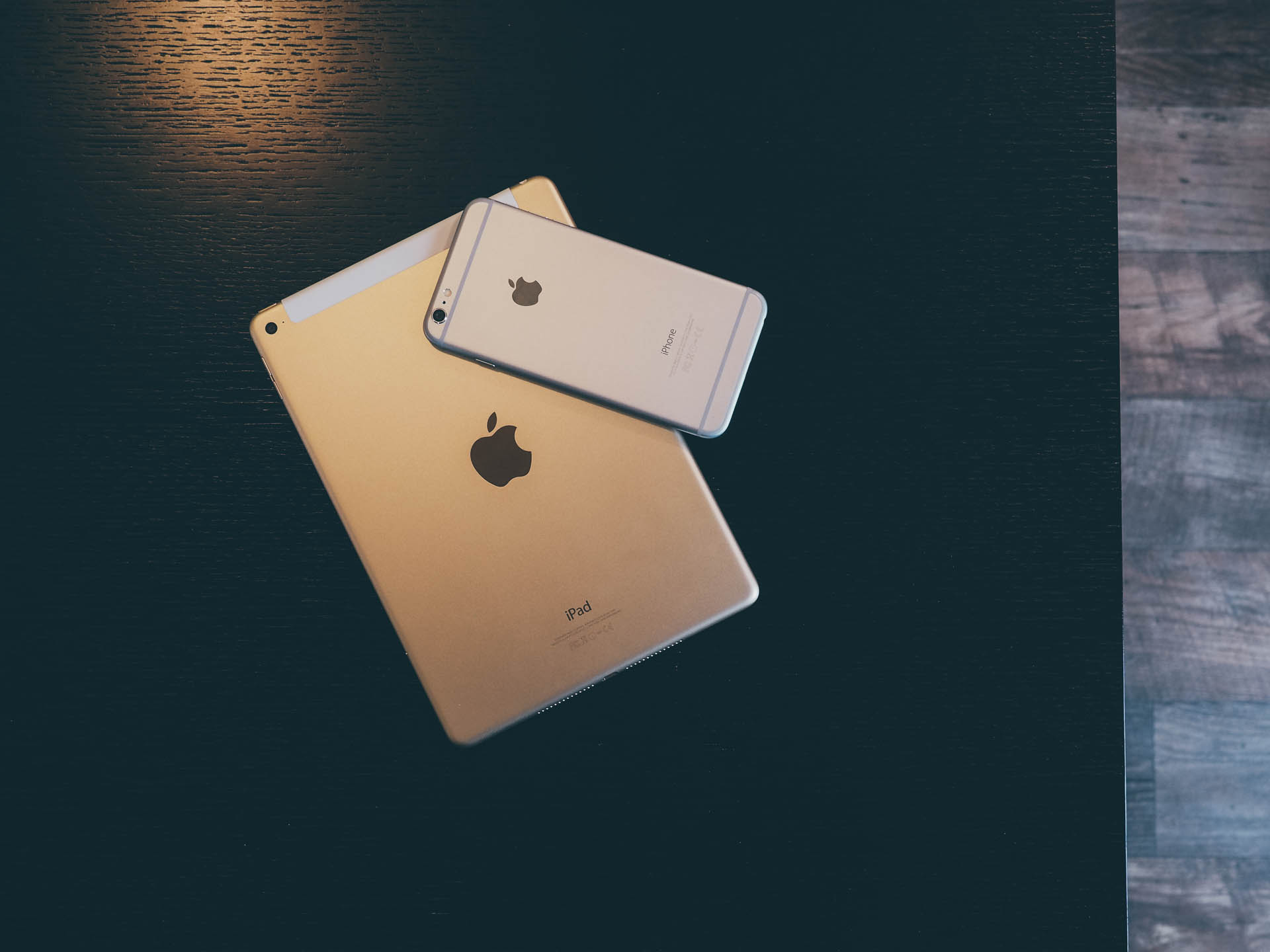 I was in the mood to try out a different colour this time around, so I opted to review the new gold iPad. My eyes tell me there is no difference between the gold coloured iPads and the gold coloured iPhones. Having said that, I have been known to make some colour mistakes from time to time. 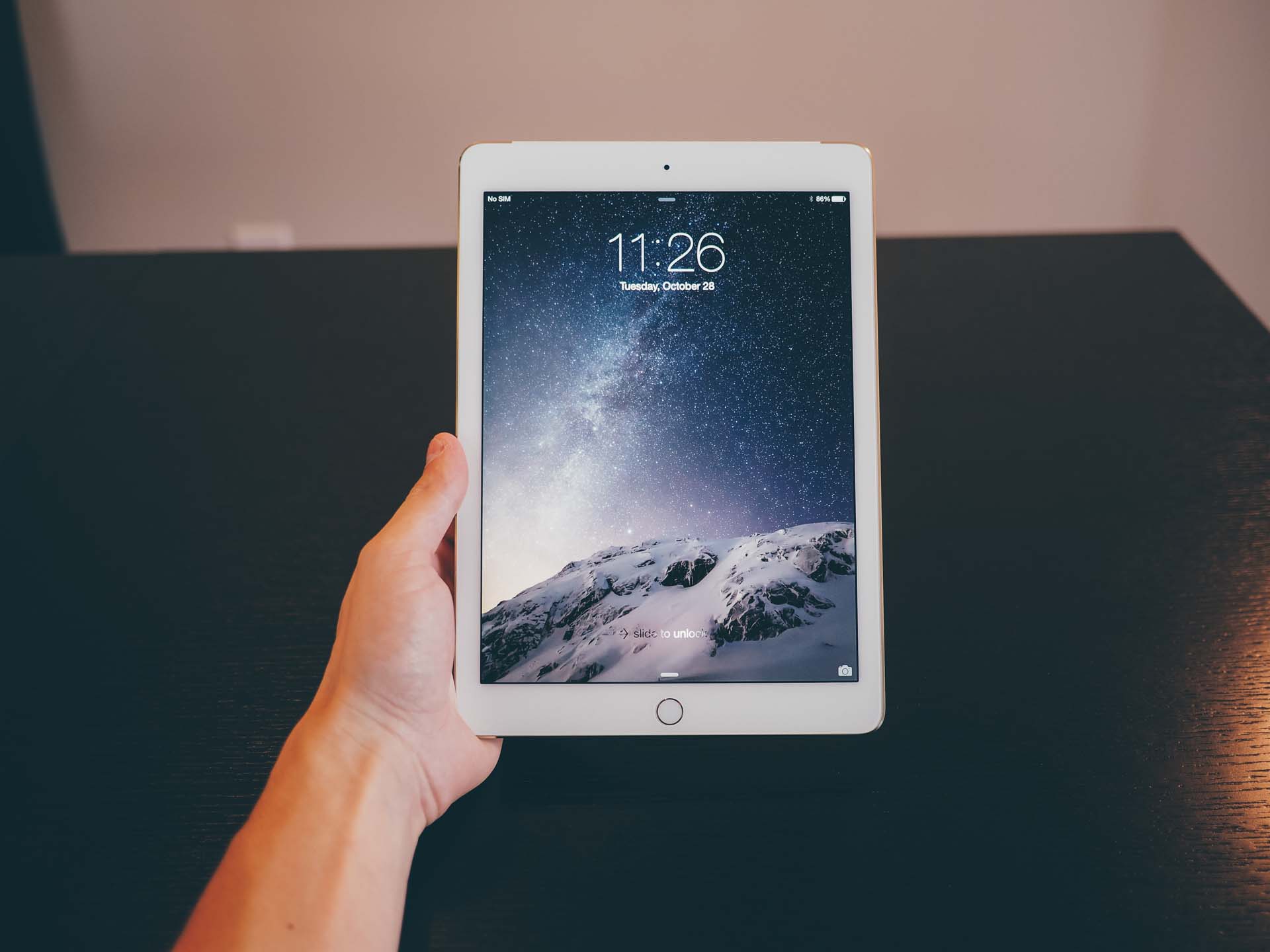 The gold extends right around the chamfered edge of the Air 2 and lines the outside of the new Touch ID sensor. Some people are going to love the golden warmth of the new iPad Air 2, but I think I would trade up for the silver model personally.

Of course, cracking open the box and pulling away the plastic reveals the true champion of this story. 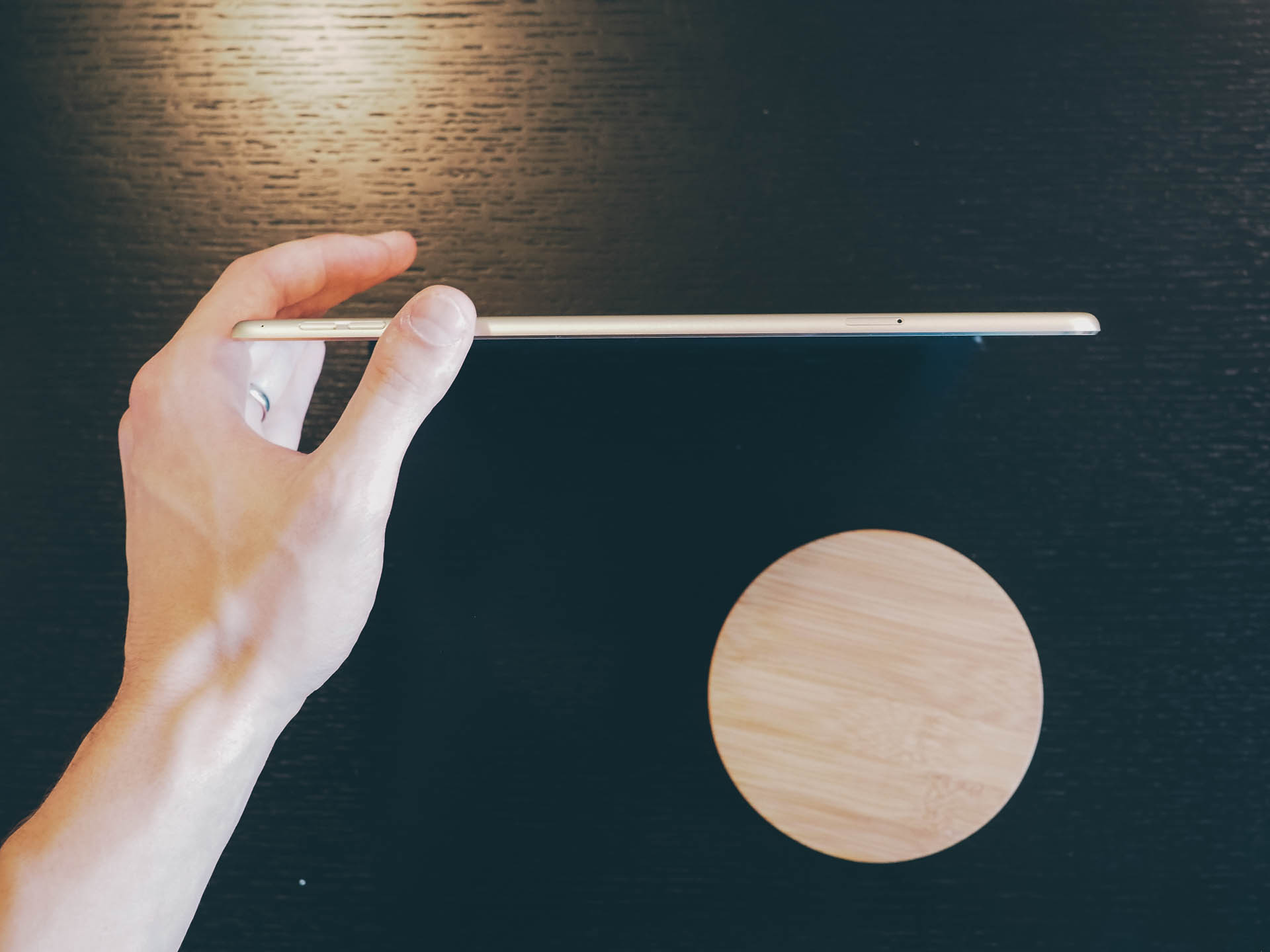 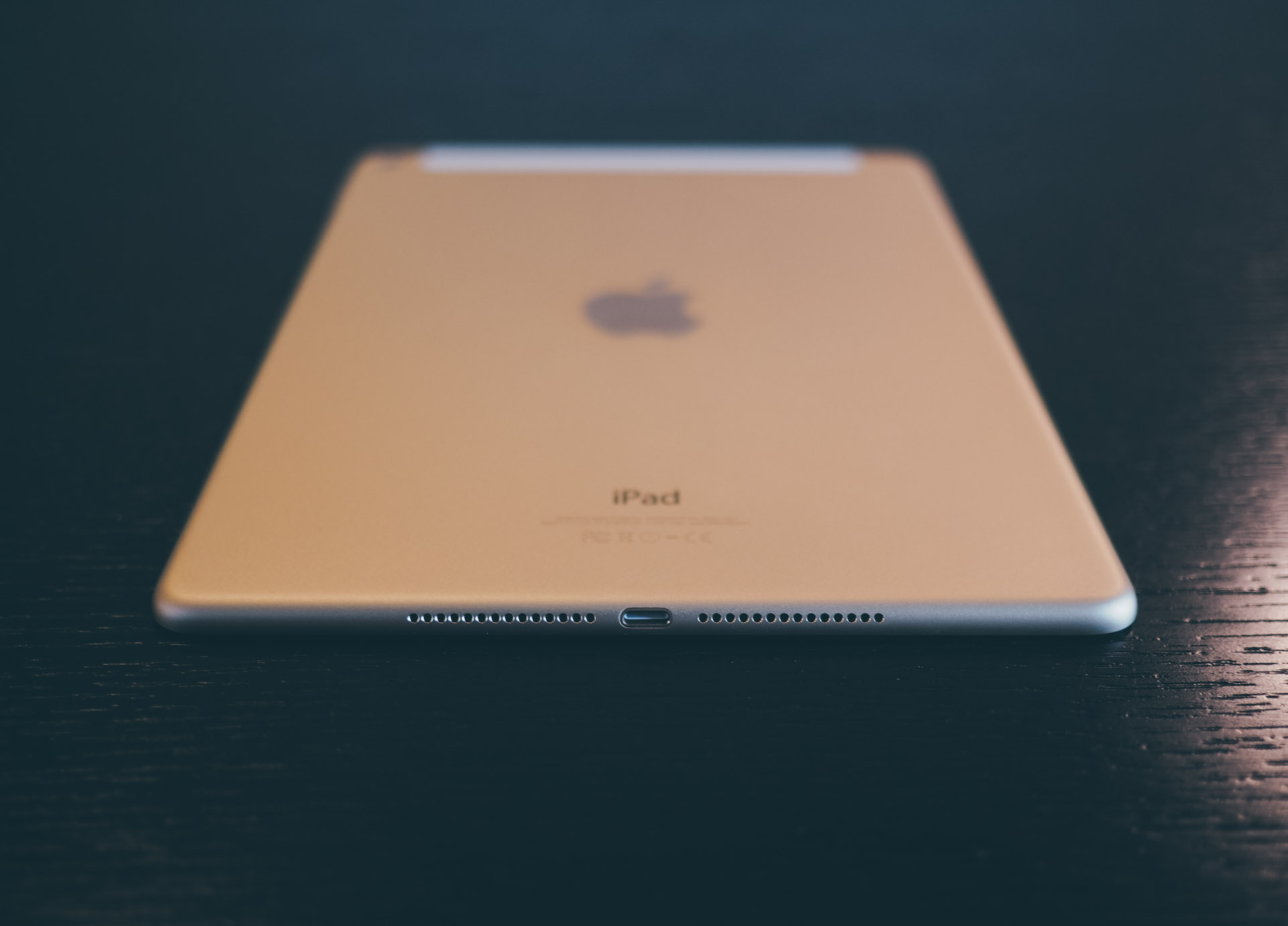 The iPad Air 2 is thin. Like unimagineably thin. Impossibly thin. And it makes an incredible difference.

iPad Air on left, iPad Air 2 on the right.

The iPad Air 2 is 18-percent thinner than last year’s iPad Air. Despite having to shrink everything down to fit into this tiny chassis, Apple has managed to increase the speed of the iPad and maintain its storied 10-hour battery life. I’ve noticed (like many other people) a slight decrease in battery life with normal use of the Air 2, but I’m very happy Apple made the tradeoff between thinness and battery life. I can’t use an iPad enough in one day to kill the battery, so making the body thinner and thinner is a win in my books.

Thinning down the body is the only major form factor change with the Air 2. The volume buttons and sleep/wake button have all slid to a steeper angle to accomodate the thinner design. I’ve noticed the volume buttons to be a bit more difficult to press when the iPad is laying flat on its back. Moreover, Apple had to jettison the mute/orientation lock switch to slim down the thickness of the Air 2. Again, this is a necessary evil. Lastly, Apple added a microphone and slightly changed the location of the previous microphone to improve voice detection. Tiny differences that only the most observant of people will notice.

The shiny chamfered edge remains in the Air 2. After seeing and feeling the beauty of the rounded glass edges on the new iPhones, I look forward to when the iPad adopts the new rounded look. I’m unsure if holding the iPad would feel worse with rounded glass, but I’d love to take one for a test run. 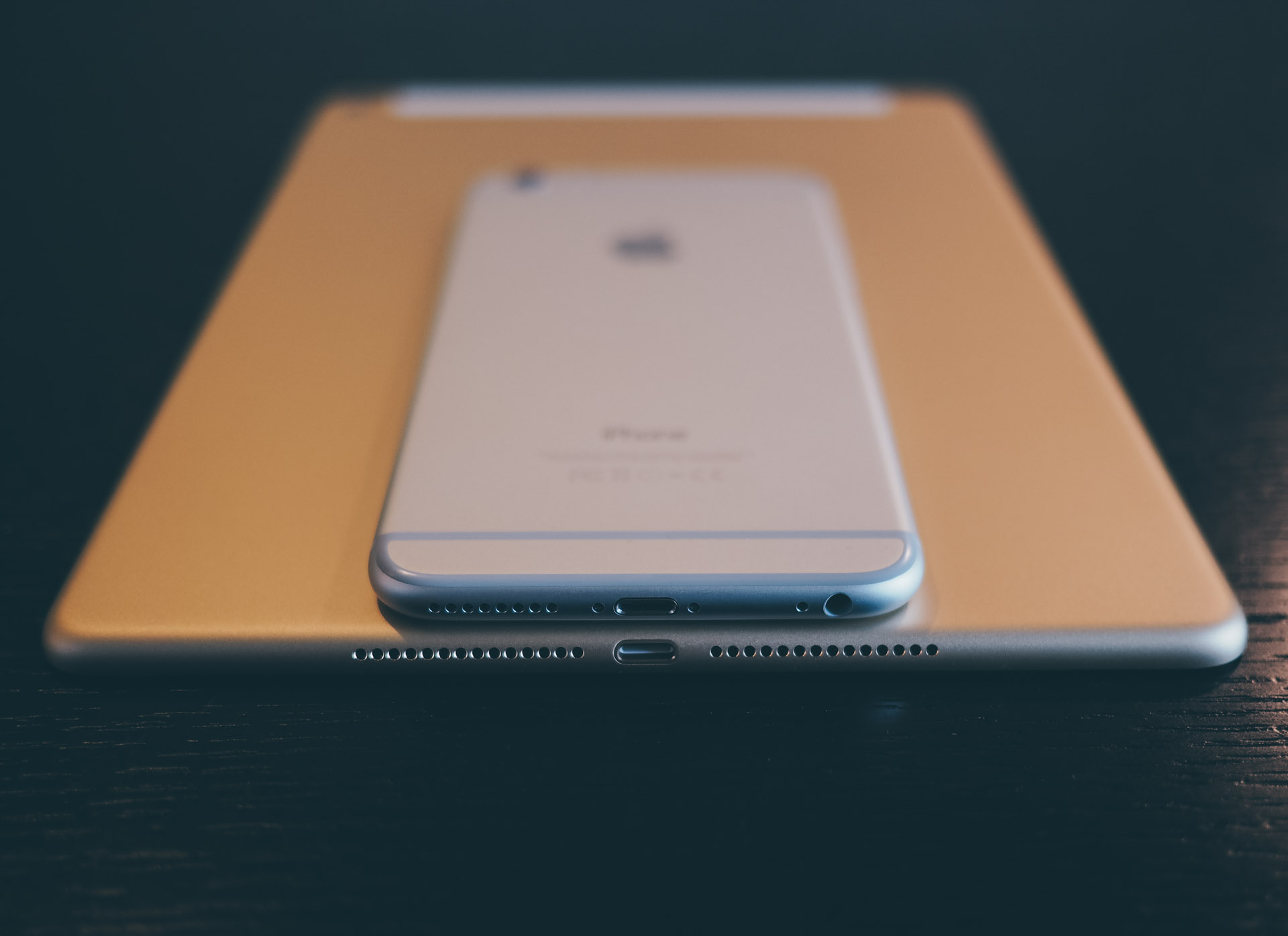 The iPhone 6 Plus and the iPad Air 2

The speaker grills on the bottom of the Air 2 have also been altered ever so slightly. Design cues have been taken from the iPhone 6 and 6 Plus — speaker grills are now single lines of larger circular cutouts and this is uniform across all of Apple’s major iOS devices save the iPad mini.

Don’t mistake the thinner body and fewer speaker cutouts for a setback of the iPad’s speaker. These speakers are louder than ever before. They are so loud, in fact, that the whole iPad body vibrates when the volume is maxed out. The physical vibration of the body adds a physical element to video and music and I love how loud this iPad can get. 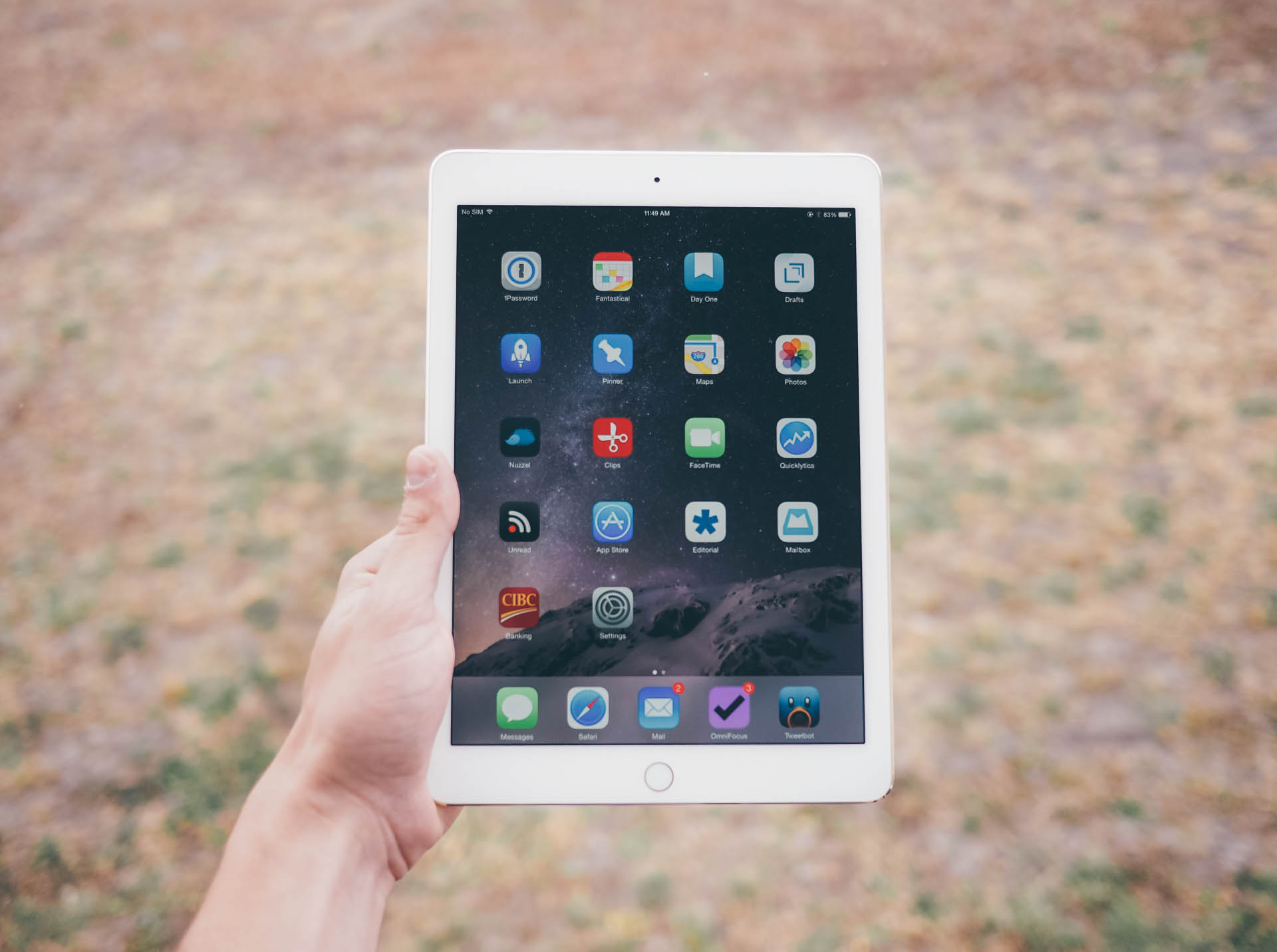 By far and away, the iPad Air 2 is the easiest full-sized iPad to hold with one hand yet.

Holding the new iPad in one hand is noticeably more comfortable and surprisingly lighter than last year’s iPad Air. Holding the Air 2 with just your thumb and index finger is easier than ever and I have yet to feel like I’m going to drop the device. When snapping some of these photos from my balcony, my wife asked if I was afraid of holding the iPad 25 feet up in the air. It never occurred to me that past iPads may have slipped out of my hand. The Air 2 never once caused me to think twice.

Although the iPad is thinner than ever, there is no doubting its rigidity. The laminated screen and thin design make the iPad feel very solid and rigid. There’s no flexing of the screen like past iPads with non-laminated screens and there’s certainly no way you’re going to easily bend this thing in your bag. 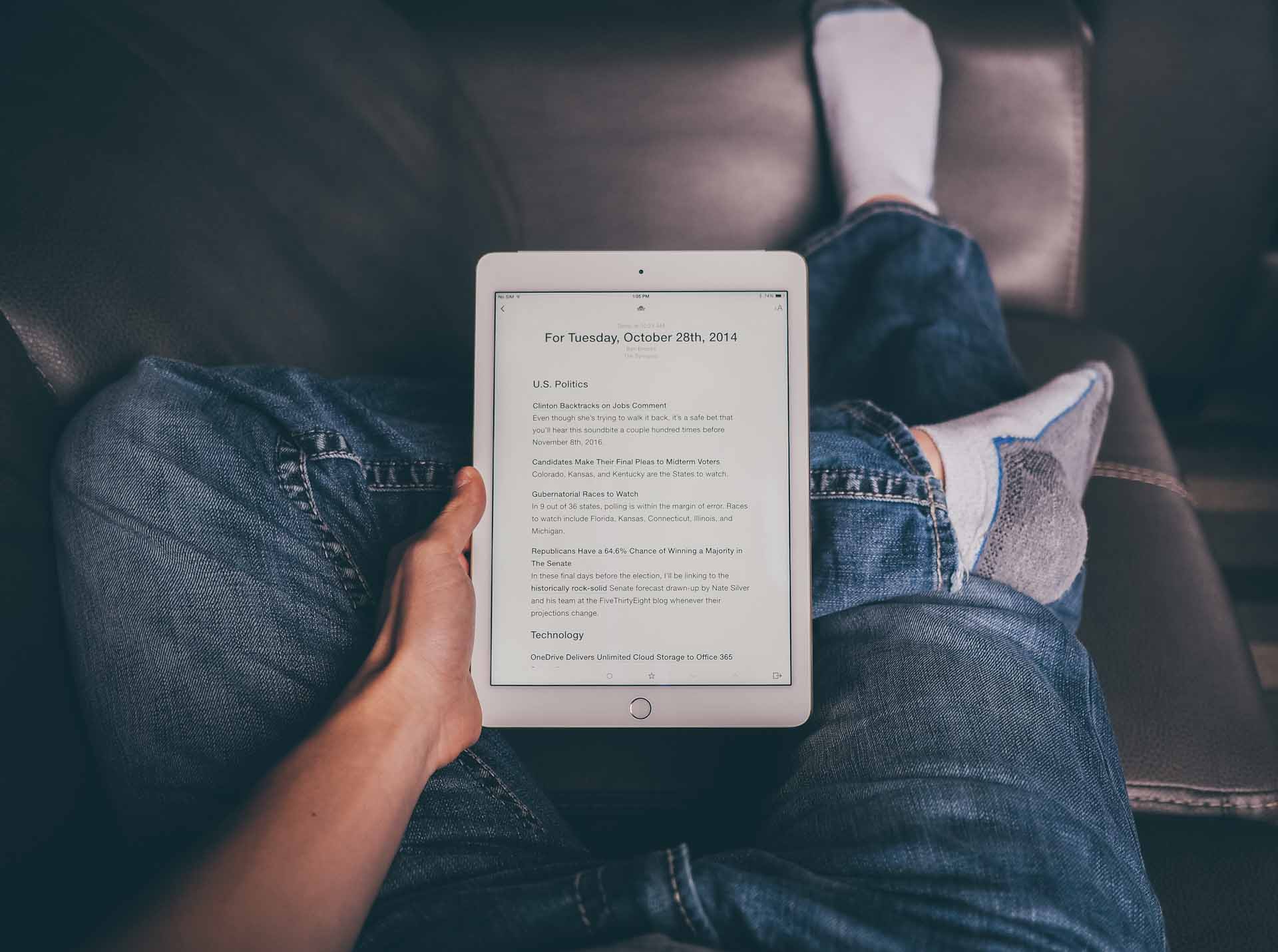 Overall, the thinness of the new iPad Air 2 makes it the best iPad to hold, use, and carry with you on a daily basis. The image of Steve Jobs using the original iPad on the couch during the famous 2010 keynote has come into full fruition with the iPad Air 2. This iPad is a true couch computer and won’t tire anyone out after long periods of use. The hardware has caught up to the initial vision of the iPad from four years ago. 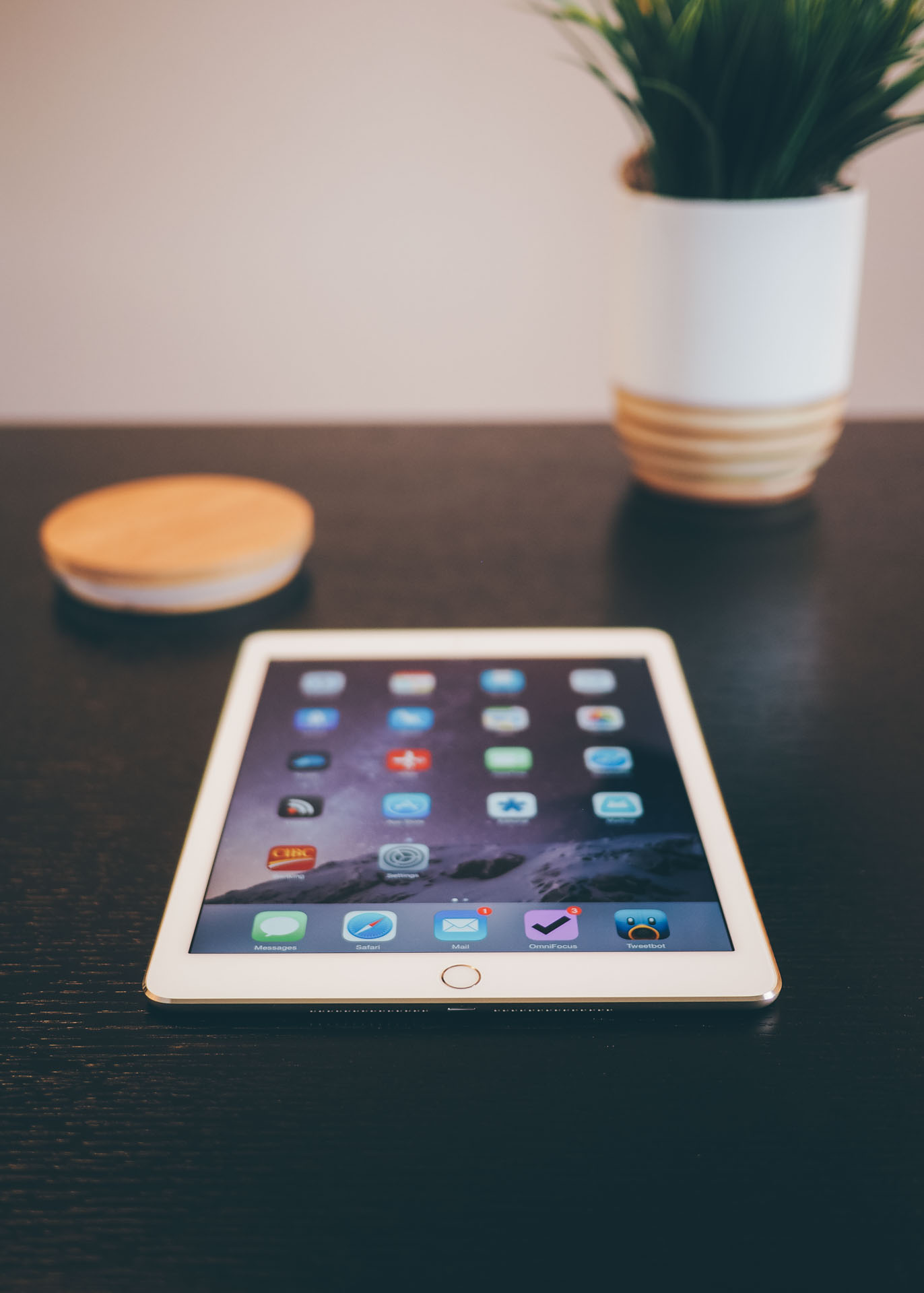 The next big star of the show is Touch ID. Touch ID was inevitable on the new iPads. Not only is it baked into iOS 8, it has become an unsurpassed way of securing your device. And, without a doubt, this means a lot to me on my iPad.

For many people, Touch ID is a faster way of unlocking their devices throughout the day. Instead of punching in a string of numbers and letters, simply pressing your thumb on the sensor unlocks the device. While this definitely improves how quickly the iPad can be opened, I’m more impressed with Touch ID’s security features than I am with the unlocking speed increases. 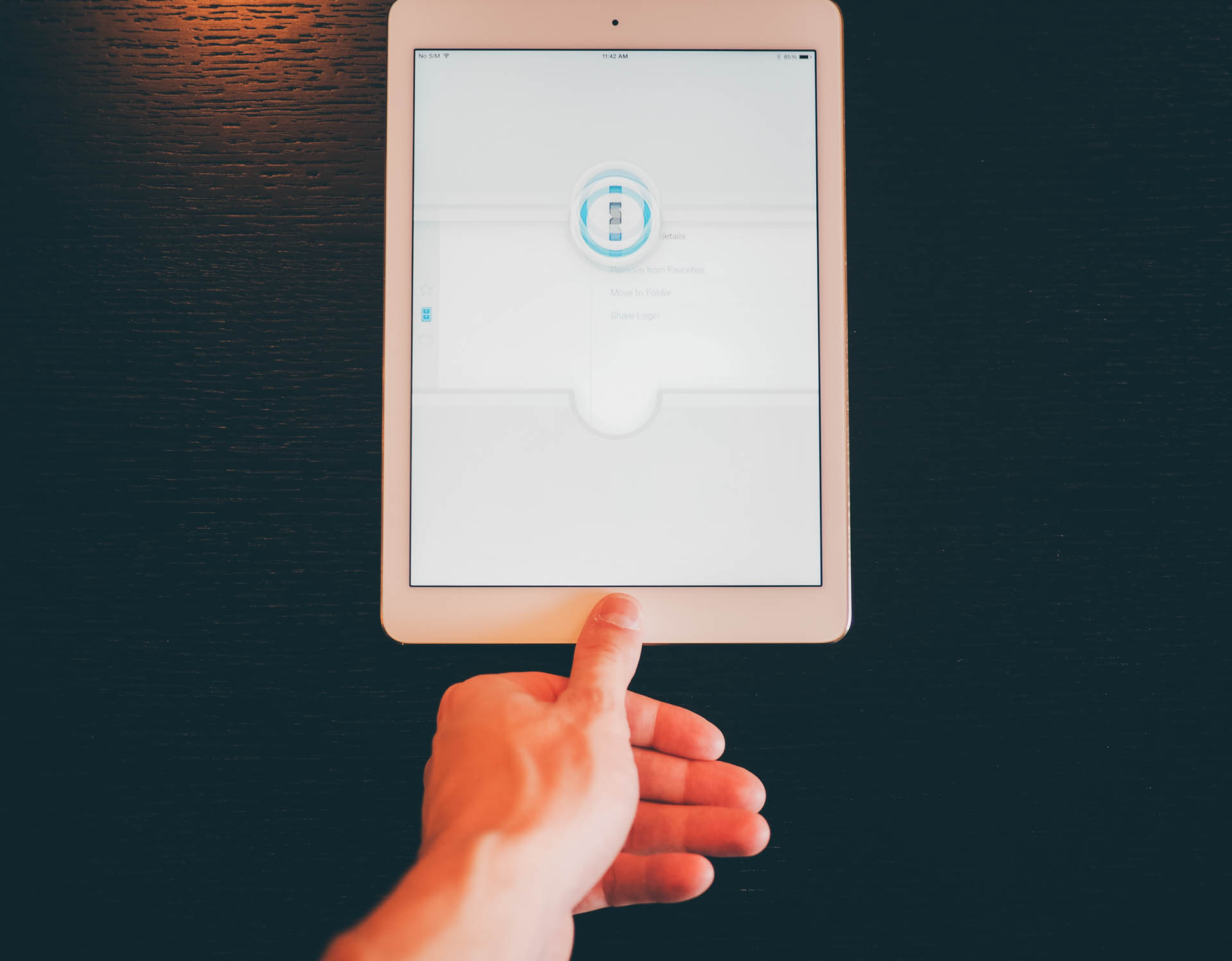 I deal with a lot of confidential financial information throughout the day and I have many different passwords protecting that information. Now, with Touch ID and 1Password, I can more quickly find the information I need on my iPad and I can remain secure in the process.

After a week of working with Touch ID on the iPad, I don’t know if I can go back. Flipping back to my original iPad Air is now a test of patience every time I try to use it for work. Touch ID on the iPad is the single biggest factor that pushes me toward upgrading to the latest Air 2. 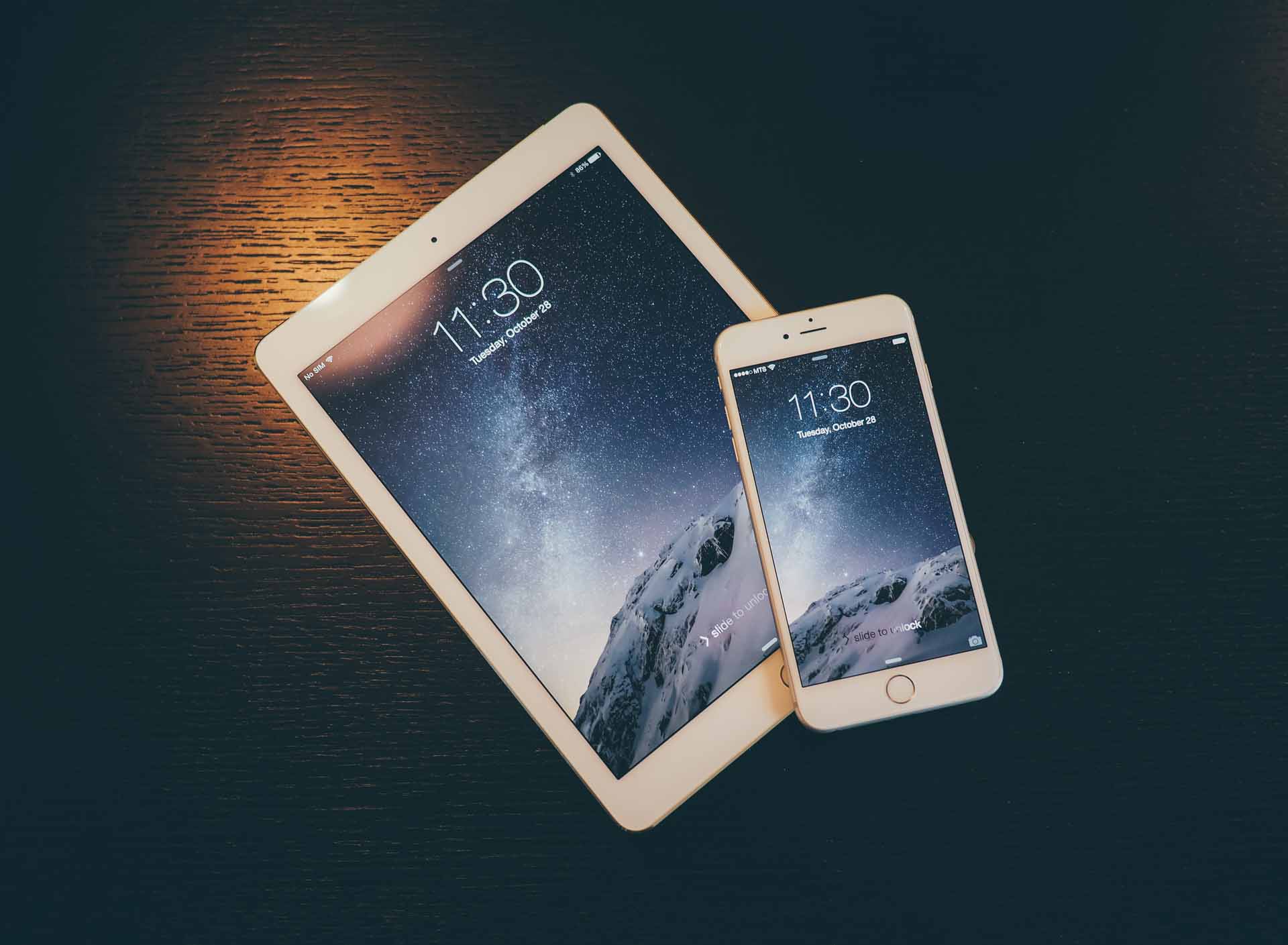 Next up is the gorgeous new laminated screen. Apple has finally eliminated the air gap between the glass and the pixels, allowing for the iPad to thin further down, making for an improved experience. iPhones and Macs have had laminated screens for a while now and it feels right that the iPad joins the mix.

The thinness of the display does make it look and feel like you’re touching the pixels directly, but this isn’t where the laminated screen makes the biggest difference. 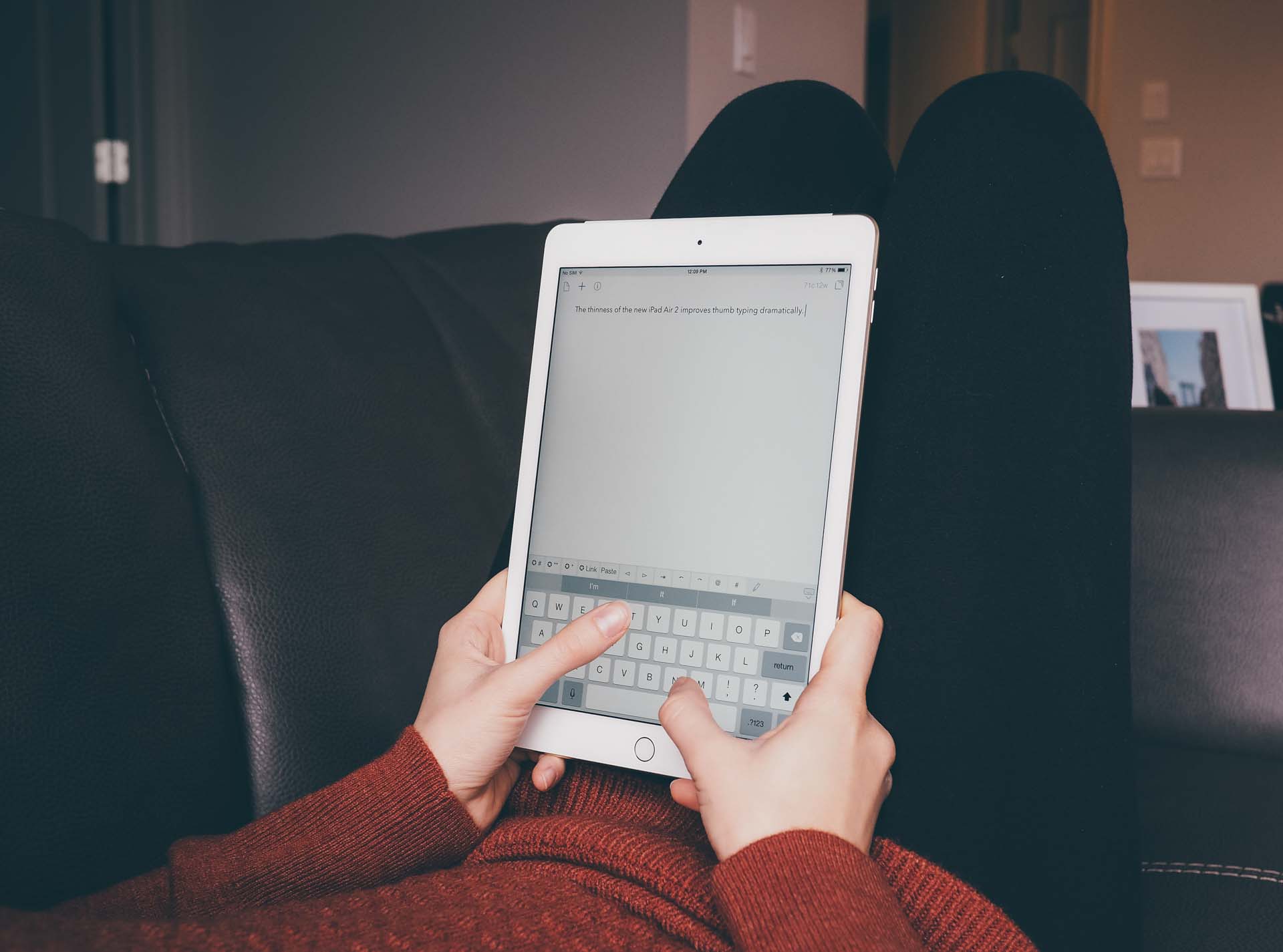 In reality, the sound and feel of tapping or typing on the Air 2 is a massive improvement over the original Air. The air gap in the original Air made your taps feel and sound plasticky and cheap. With that air gap gone, taps and typing are now silent on the Air 2 and the whole device feels more sturdy and rigid.

I recently wrote about how I use my iPhone 6 Plus and iPad in conjunction with one another and I noted how much thumb typing I do on the iPad. I’ve thought for a while now that the iPad mini was the ideal device for me because of the smaller footprint and improved thumb typing experience. However, with the eliminated air gap and the thinner Air 2 chassis, I’m finding thumb typing on the new Air 2 to be far improved over last year’s iPad Air. I no longer think the mini is the device for me. 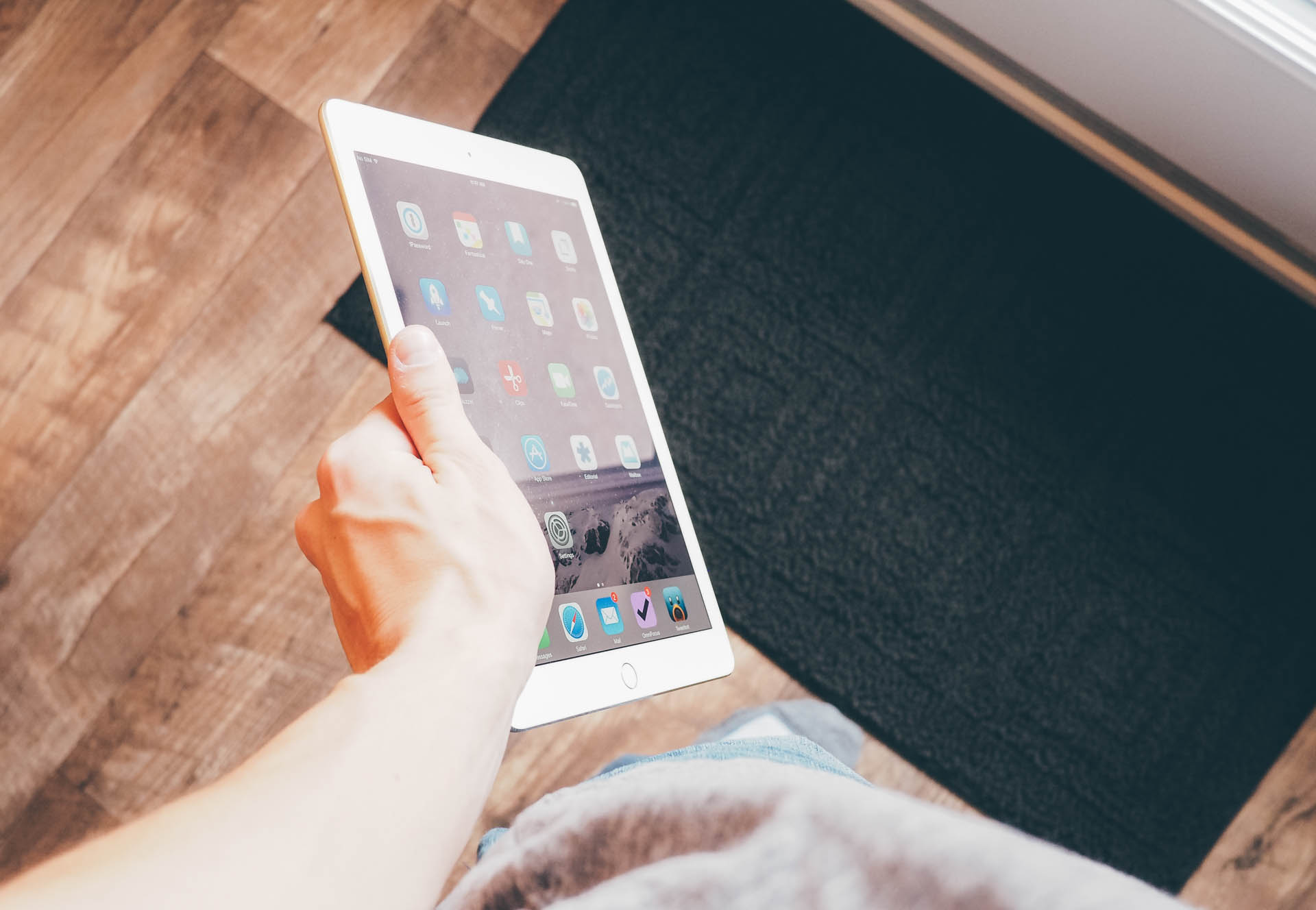 This anti-reflective coating appears to have a small impact on some colours. The coating seems to have a cooling effect and the entire display gives off a blueish-purplish hue when viewed at angles in direct light. I’m not even sure if there is a perceptible difference in colours, but I have noticed a difference between last year’s screen and this year’s screen. 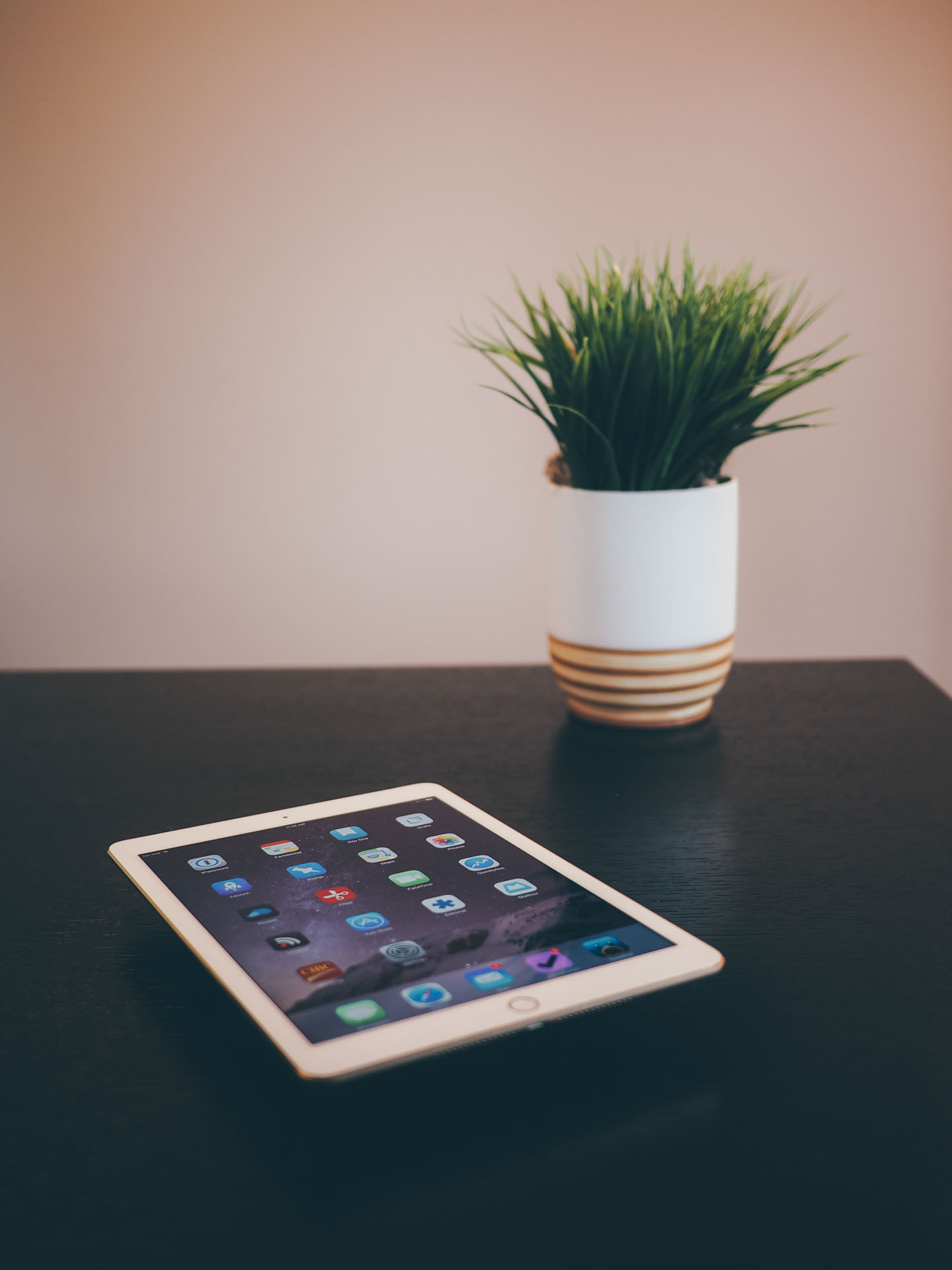 Apple has certainly hyped up the speed of the new iPad Air 2 and they should be. I don’t have any statistics as I try to adhere to the actual useability of the device, but I can say that the new Air 2 is lightning quick.

The added gigabyte of RAM and extra processor speed is most noticeable when switching between apps or when keeping multiple tabs open in Safari. I compiled a list of links for an article recently and four-finger swiping between apps was noticeably faster compared to last year’s Air. While this speed difference isn’t huge, I felt I was able to save time when flipping back and forth. Last year’s iPad Air is by no means a slouch, but the new Air 2 still manages to make the original Air look slow. 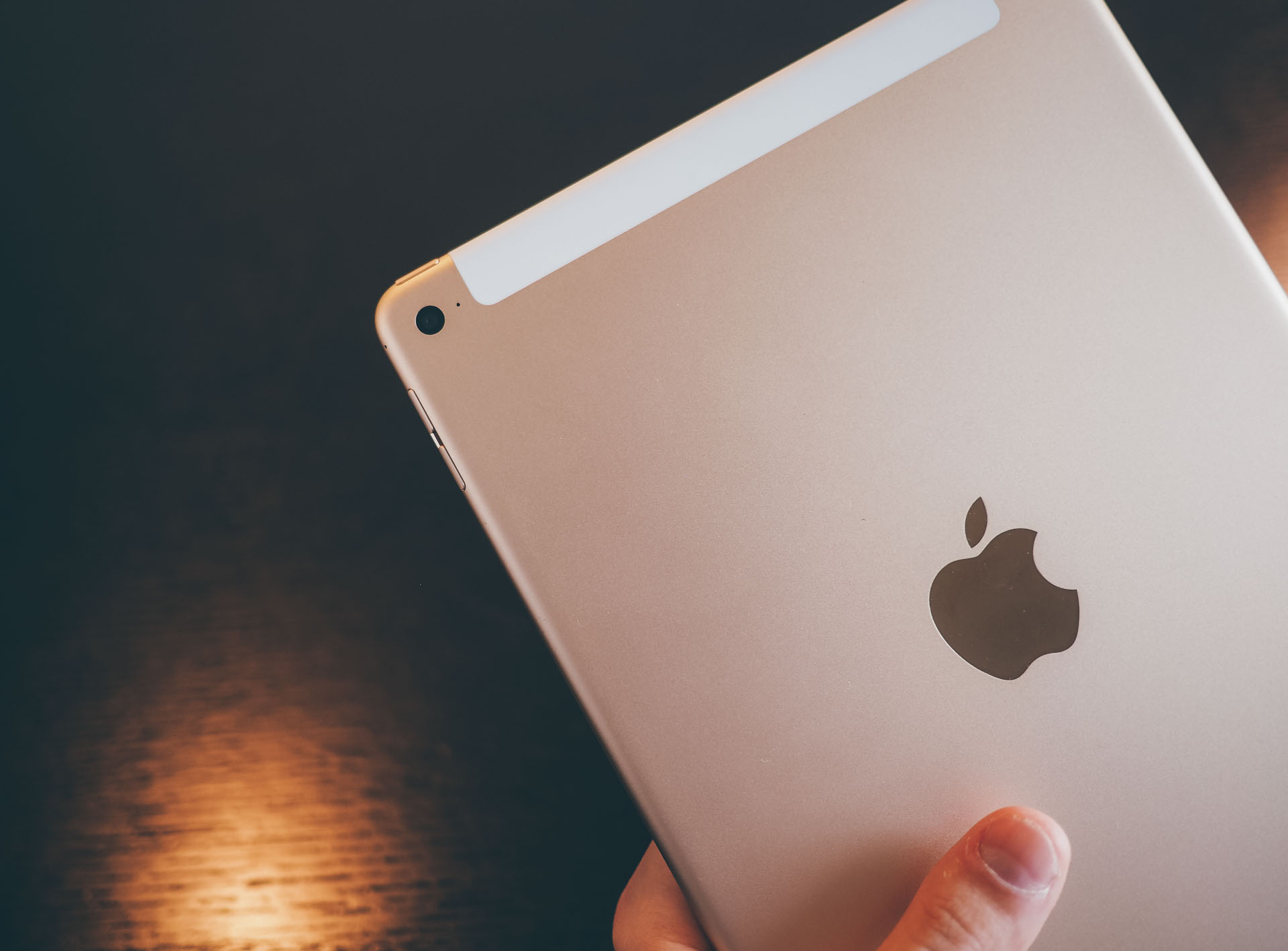 Lastly, the iPad Air 2 has been given an updated camera.People love taking photographs on the iPad and the newest iPad will capture the best photos yet.

The camera specifications appear to be on par with the latest iPhone 6 and 6 Plus, but the iPad lacks any optical image stabilization and the awesome two-tone flash found on the iPhones. As a result, photos in good light look very much the same as iPhone 6 photos. However, low light performance pulls the iPad Air 2 back a bit. 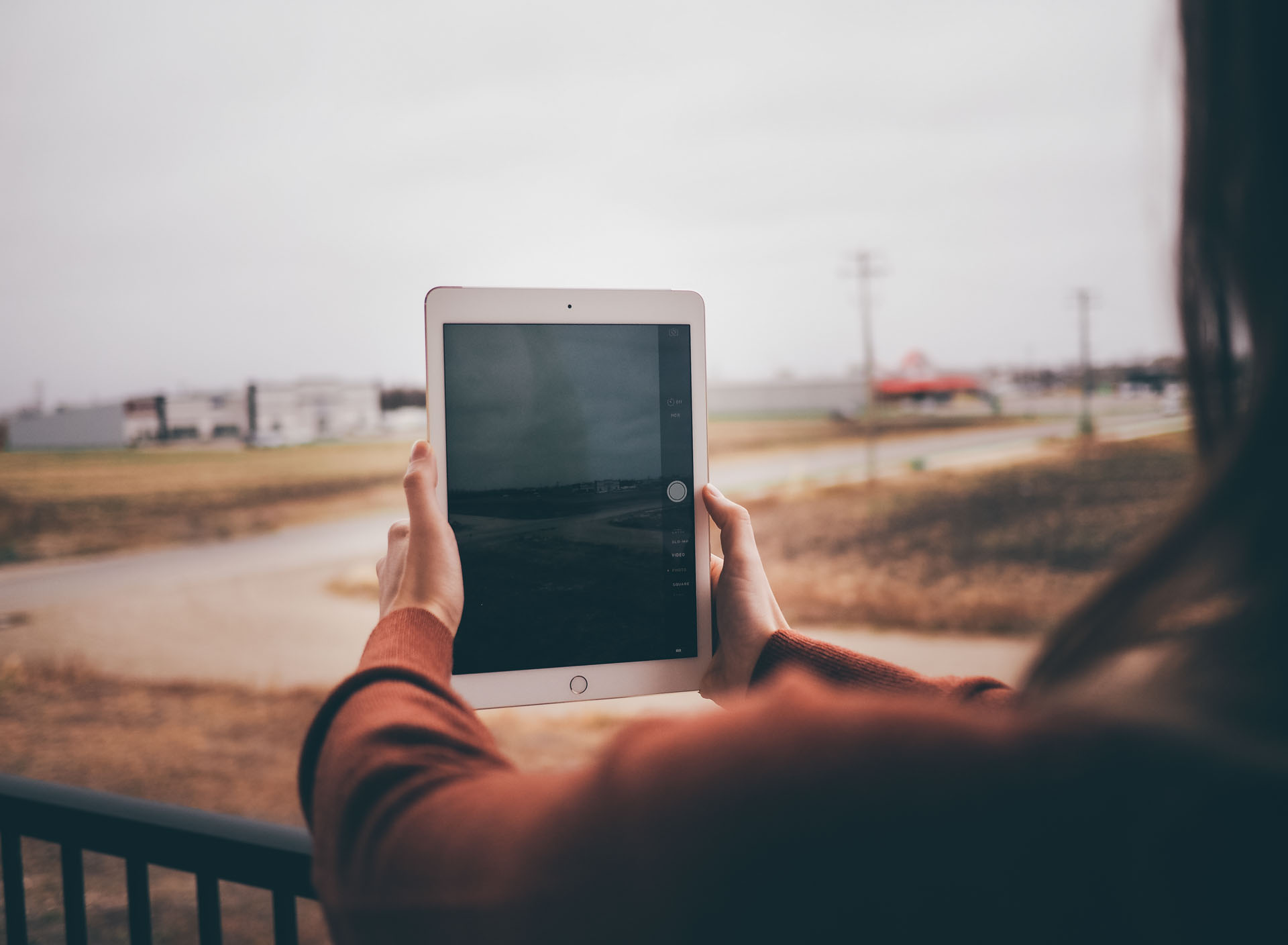 I’m personally not sold on using the iPad (or iPhone for that matter) as a camera. These devices are great at capturing random moments when you don’t have a camera nearby. But for anything else, a dedicated camera will still out-perform anything shot on an iOS device. The improvements in the Air 2 are welcome, but they are almost entirely lost on me. 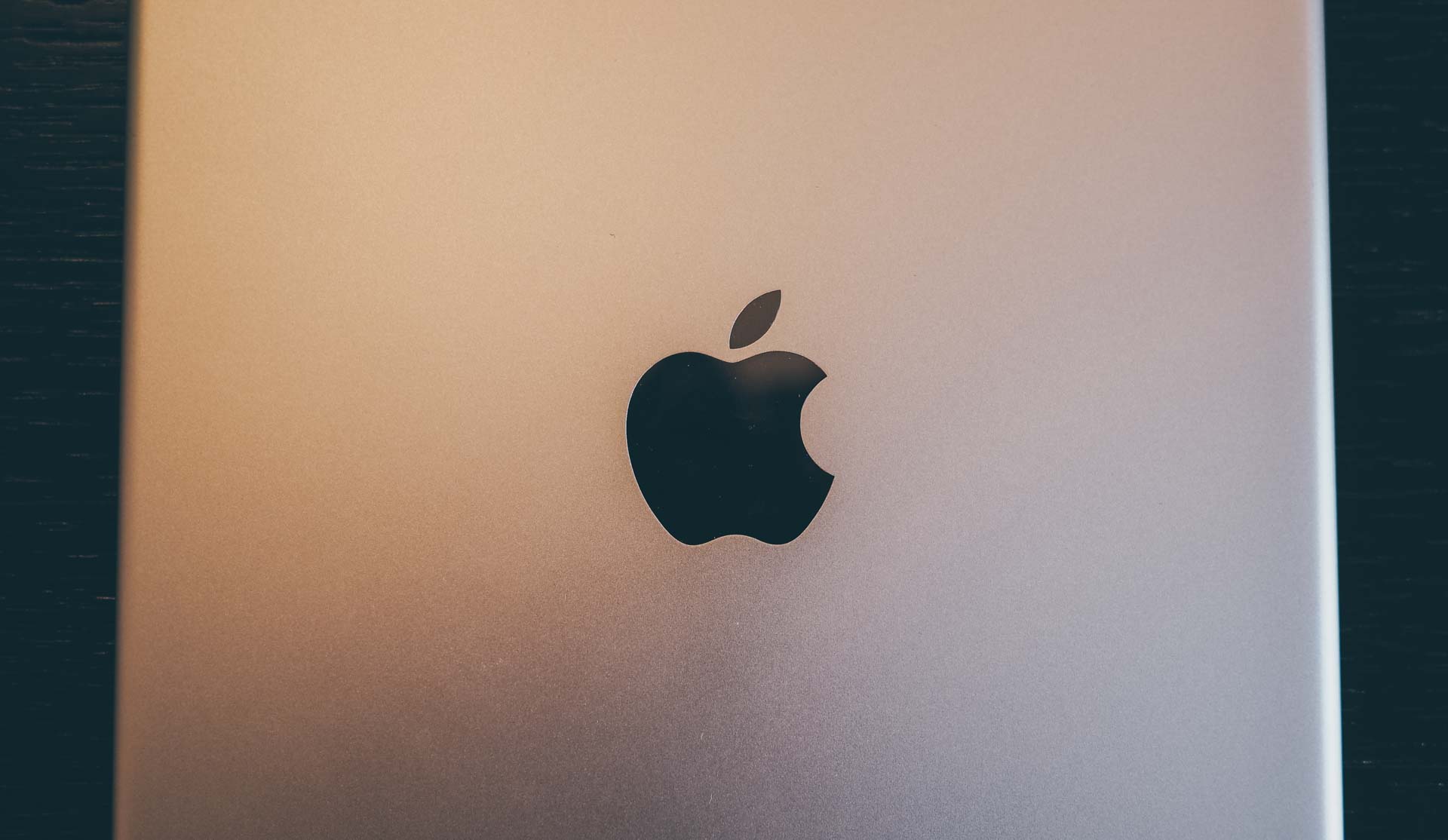 After 1,800 words of discussing the changes of this year’s iPad Air 2, most of an iPad’s usefulness boils down to the apps and who’s they empower you to use the device. I’d be surprised if anyone does something entirely new on the Air 2 that couldn’t already be done on last year’s Air. However, people will be able to complete their tasks much quicker and with more comfort than ever before.

I’m an oddball though. That which looks to one person like only a thinner iPad looks to me like an entirely different device. The iPad is my evening couch computer. I work on a laptop during the day and turn to my iPad for reading, communicating, and studying in the evenings. Every little bit that improves the comfort and ease of use of the iPad is a total score for me. 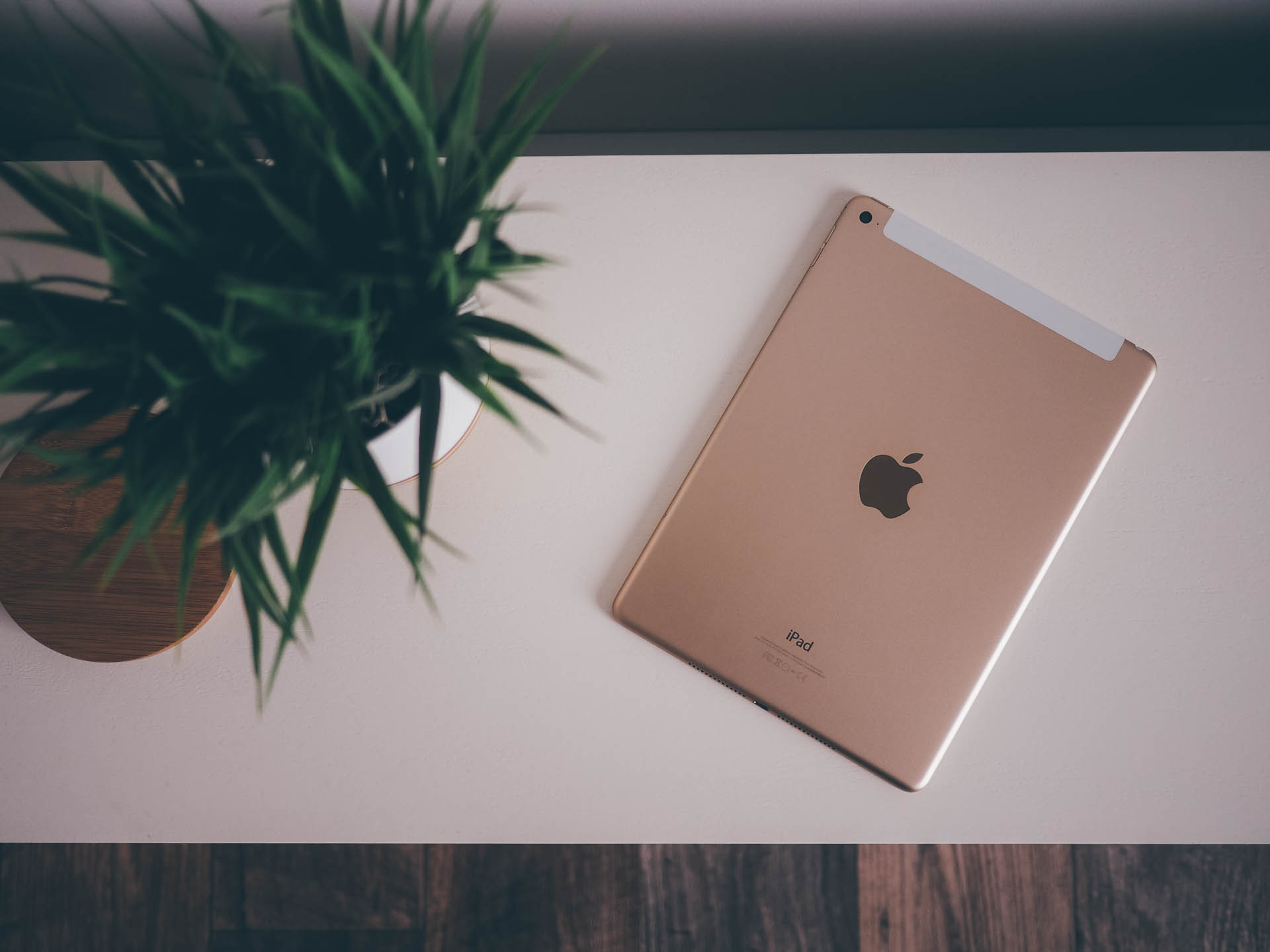 Therefore, I’m more convinced than ever that I’ll be upgrading to the latest Air 2. It’s easier to hold, easier to type with, and easier to look at thanks to its laminated display. It’s also noticeably quicker than any previous iPad and it has Touch ID to boot.

For some people, these differences won’t matter. The iPad is becoming a two-year to three-year upgrade and many people will look past the Air 2 for this reason alone. 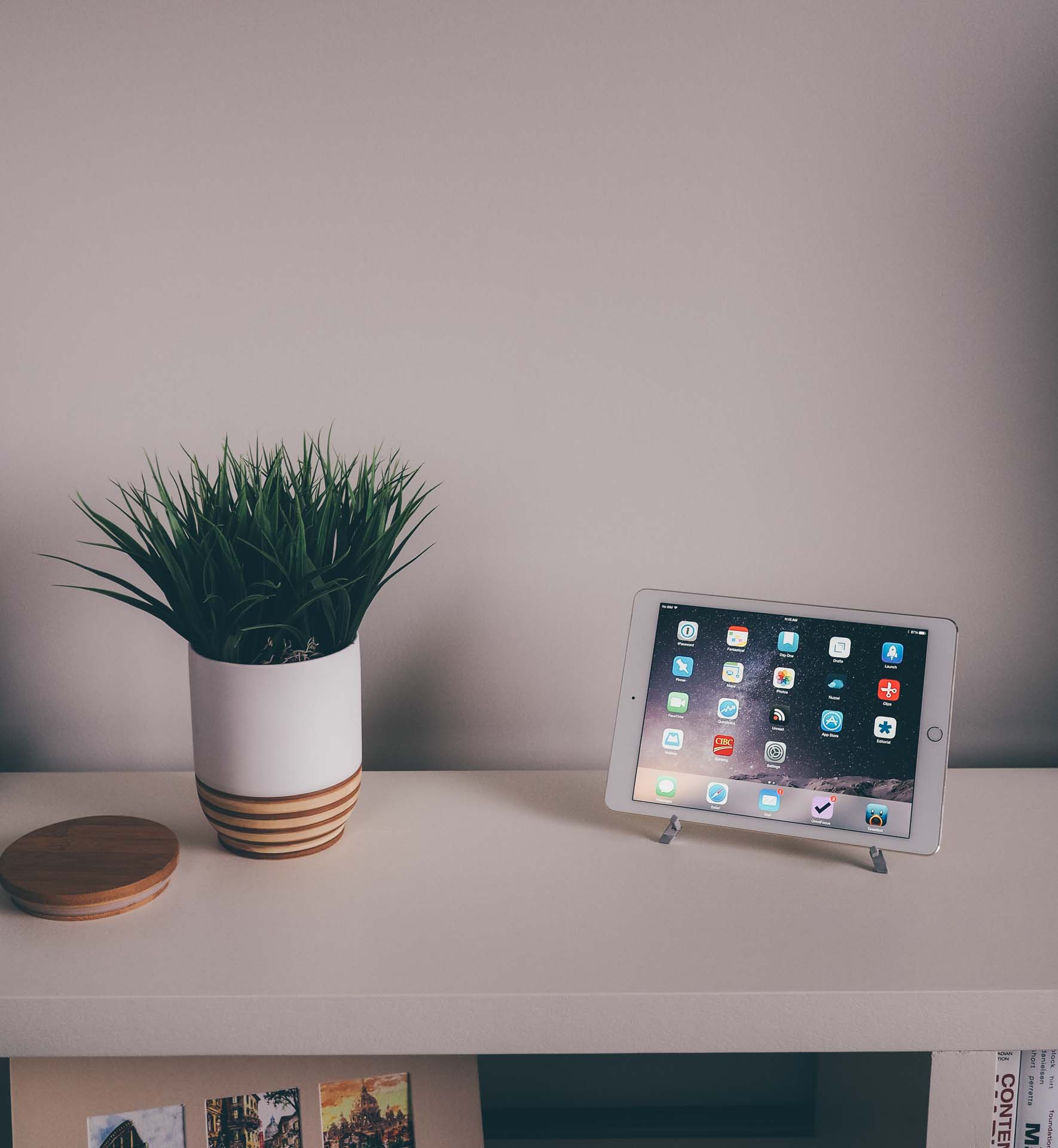 For me, these changes make all the difference. The iPad Air 2 is easily the best iPad yet. If it fits your bill, the iPad Air 2 is a welcome upgrade full of surprising and worthwhile improvements. You’ll love it. 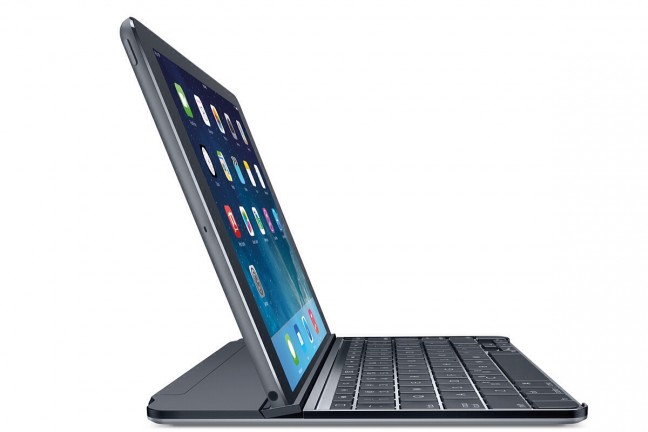 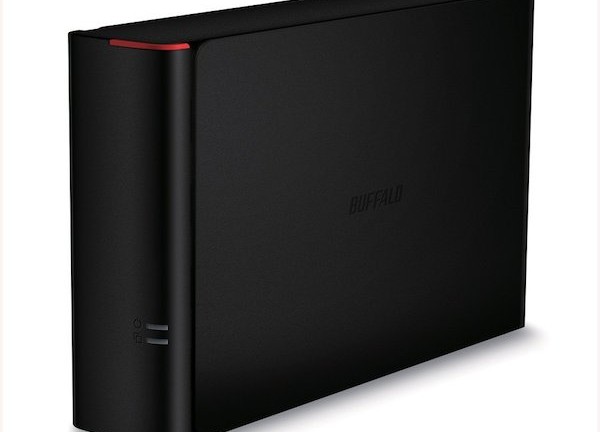