Despite the proliferation of more attractive routers over the past couple of years, it’s safe to say that home networking isn’t the most exciting part of our digital lives.

Still, there’s a lot of innovation going on, and not all of it has to do with multi-router mesh networks. Take Powerline, for example. PLC (power-line communication) is an old technology, but its modern incarnation takes advantage of home wiring to spread high speed internet with less interference than traditional range extenders.

TP-Link’s AV1200 Gigabit Powerline AC WiFi Kit is an outstanding example of this technology, giving you a simple way to access speeds of up to 1200Mbps in the furthest corners of your home or office. 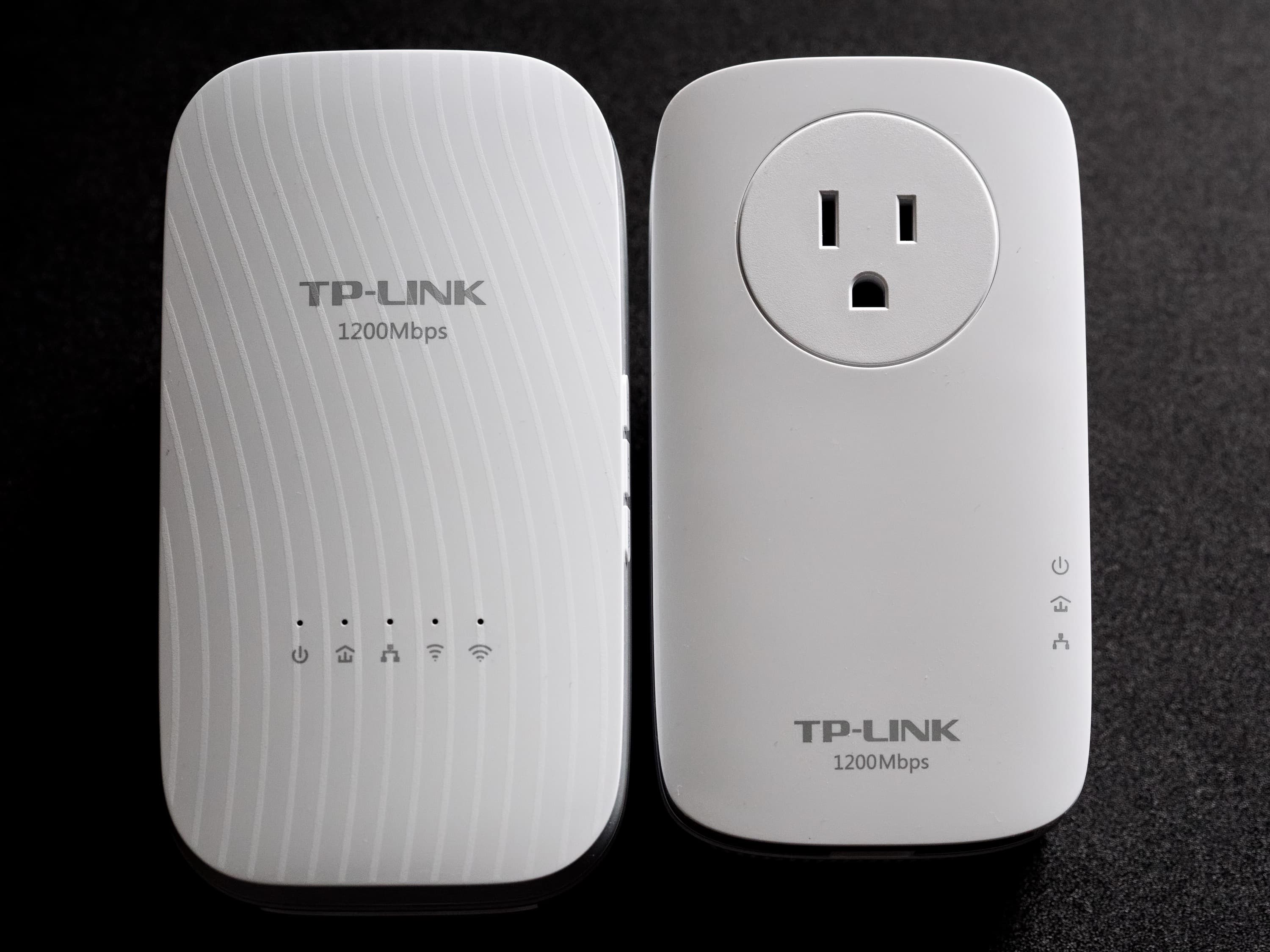 The TP-Link AV1200 Gigabit Powerline Adapter. The transmitter (right) is smaller, with a convenient outlet passthrough. The reciever (left) is larger, to accomodate the components needed to broadcast the network.

Let’s use my mum’s house as an example.

The cable modem and main router (an Apple AirPort Extreme) are upstairs in the master bedroom. But some of the most intensive network usage is happening in the basement apartment — two floors down — where the TV is streaming things and my grandparents are browsing the internet and FaceTiming on their iPads.

The main router’s signal doesn’t reach, so a few years back I bought an Airport Express and set it up on the main floor of the house to extend the network further. It works, but they lose a lot of speed along the way. 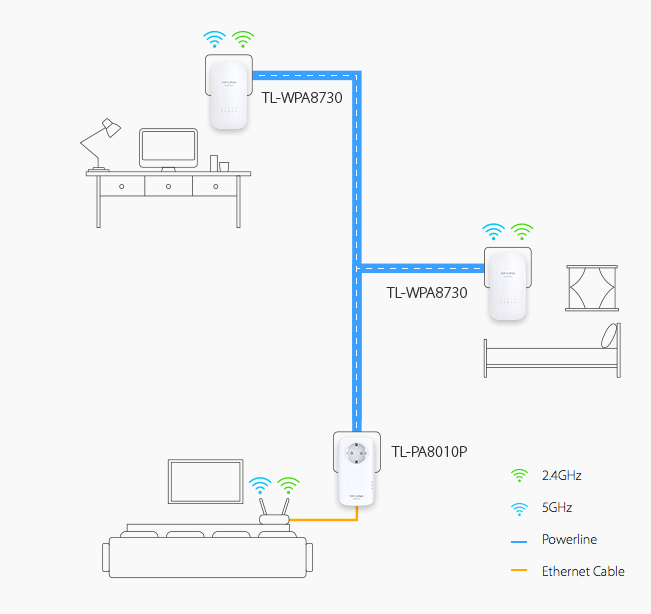 Here’s a quick diagram showing how the AV1200 Powerline can quickly take your single wireless router and provide wired connections for the heaviest consuming devices in your home network.

This summer, thanks to the TP-Link AV1200 kit, I was able to remove the Airport Express from the equation. Now, the AC1750 transmitter is plugged in upstairs beside the main router, connected to it via Ethernet. It sends the network signal over the house’s electrical circuitry all the way to the basement, where the extender is plugged in. 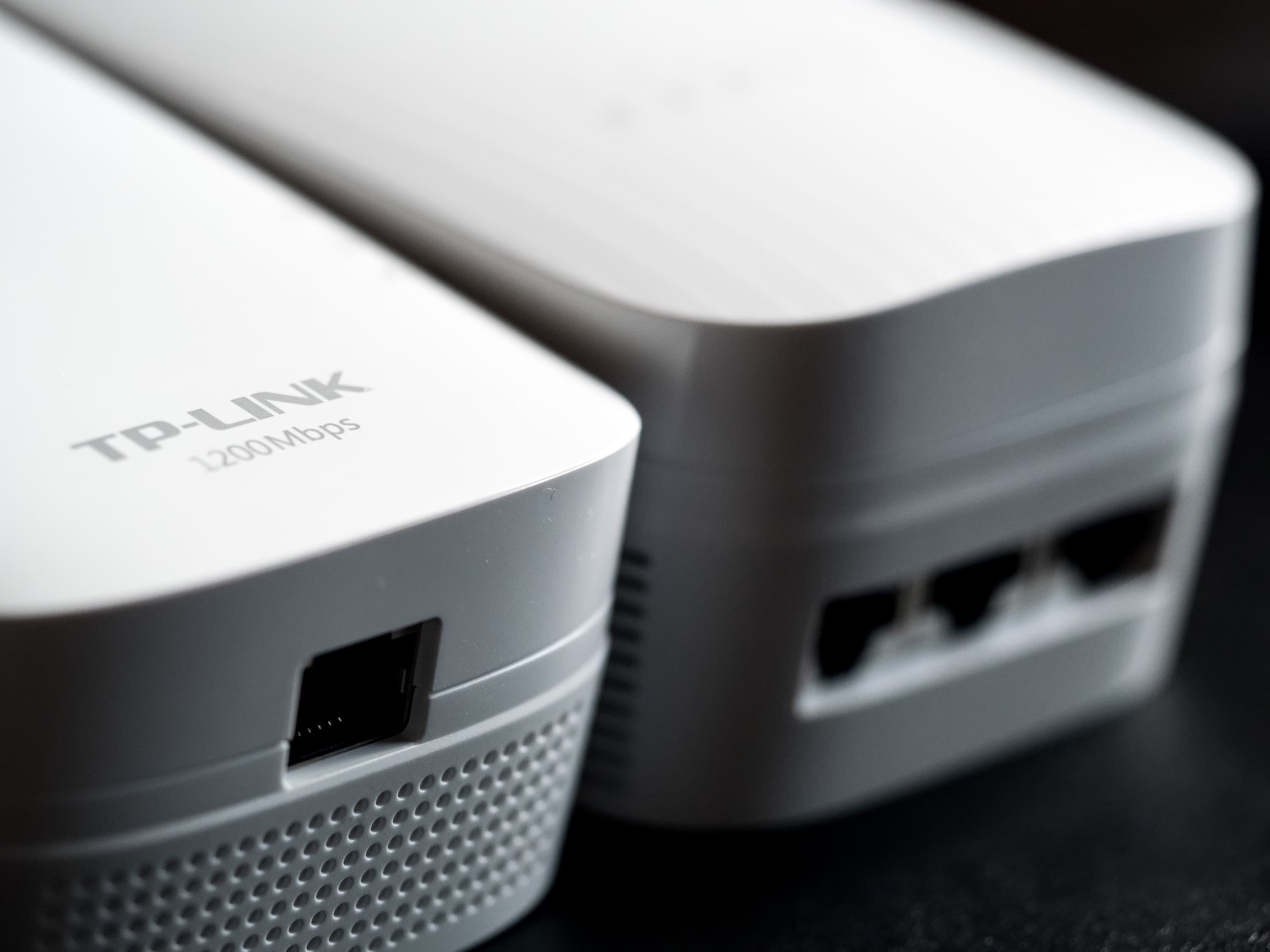 The single ethernet port on the transmitter is for feeding an internet connection from your router to the powerline system.

There are two things I noticed immediately: first, the signal from the TP-Link is way stronger than the Airport Express and Extreme signal (it reaches all the way back upstairs to the top floor). Second, and most importantly, it’s way faster.

I ran a series of speed tests before and after, using both the original WiFi-based extended networking configuration and the new Powerline one, and the results were amazing. While the old setup was putting out speeds of about 16Mbps for downloads and 9Mpbs for uploads, the Powerline setup boosted that to over 76Mbps down and 12Mbps up. This is a huge difference. 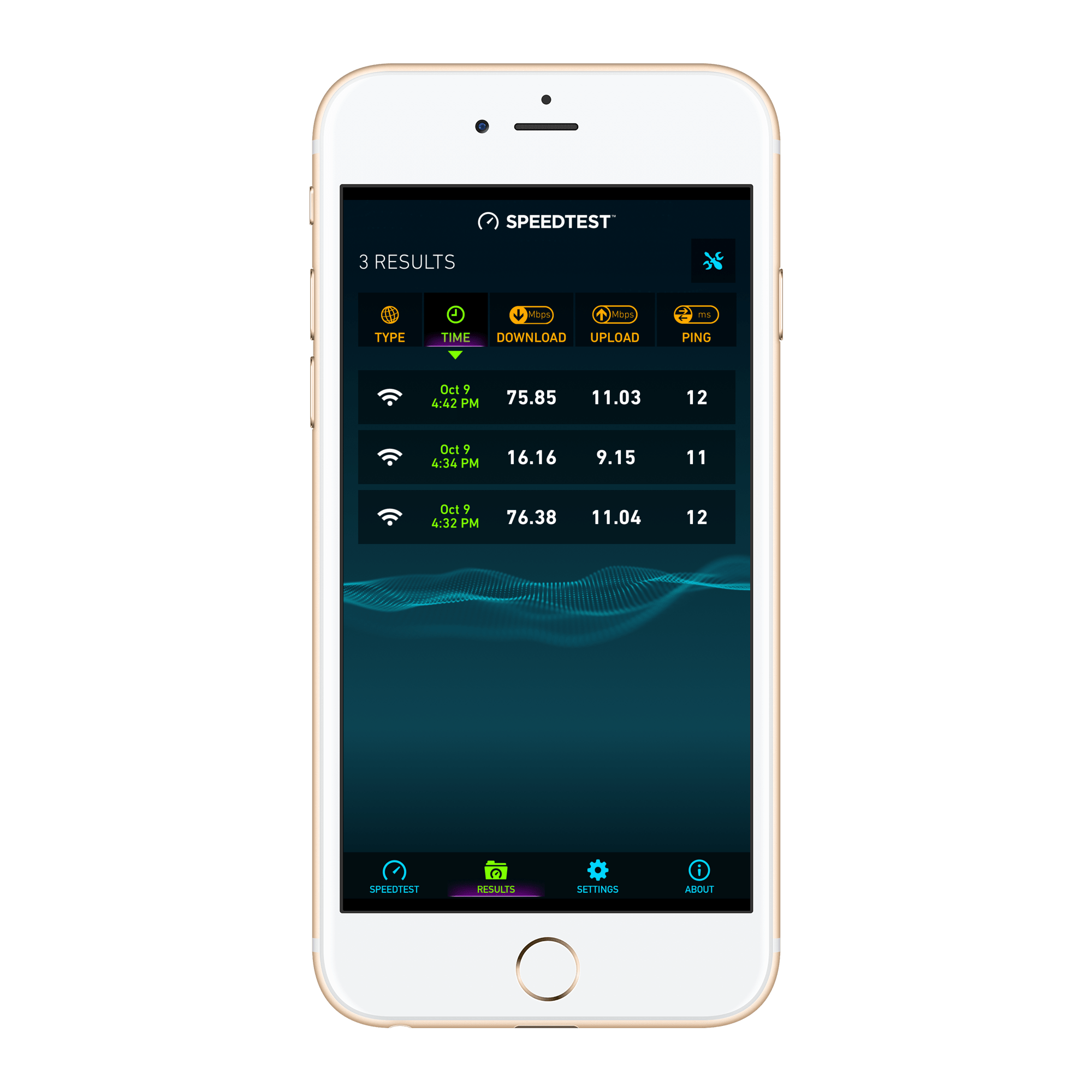 The middle result is the old setup. The top and bottom results showcase the Powerline kit’s improvements.

This is still just a fraction of the theoretical 1200Mbps throughput capabilities of the TP-Link kit, but unfortunately for those of us in Canada, that kind of speed is a distant dream. As I write this, 1Gbps fibre is the fastest speed offered anywhere in the country…and it costs over $150 CAD per month. 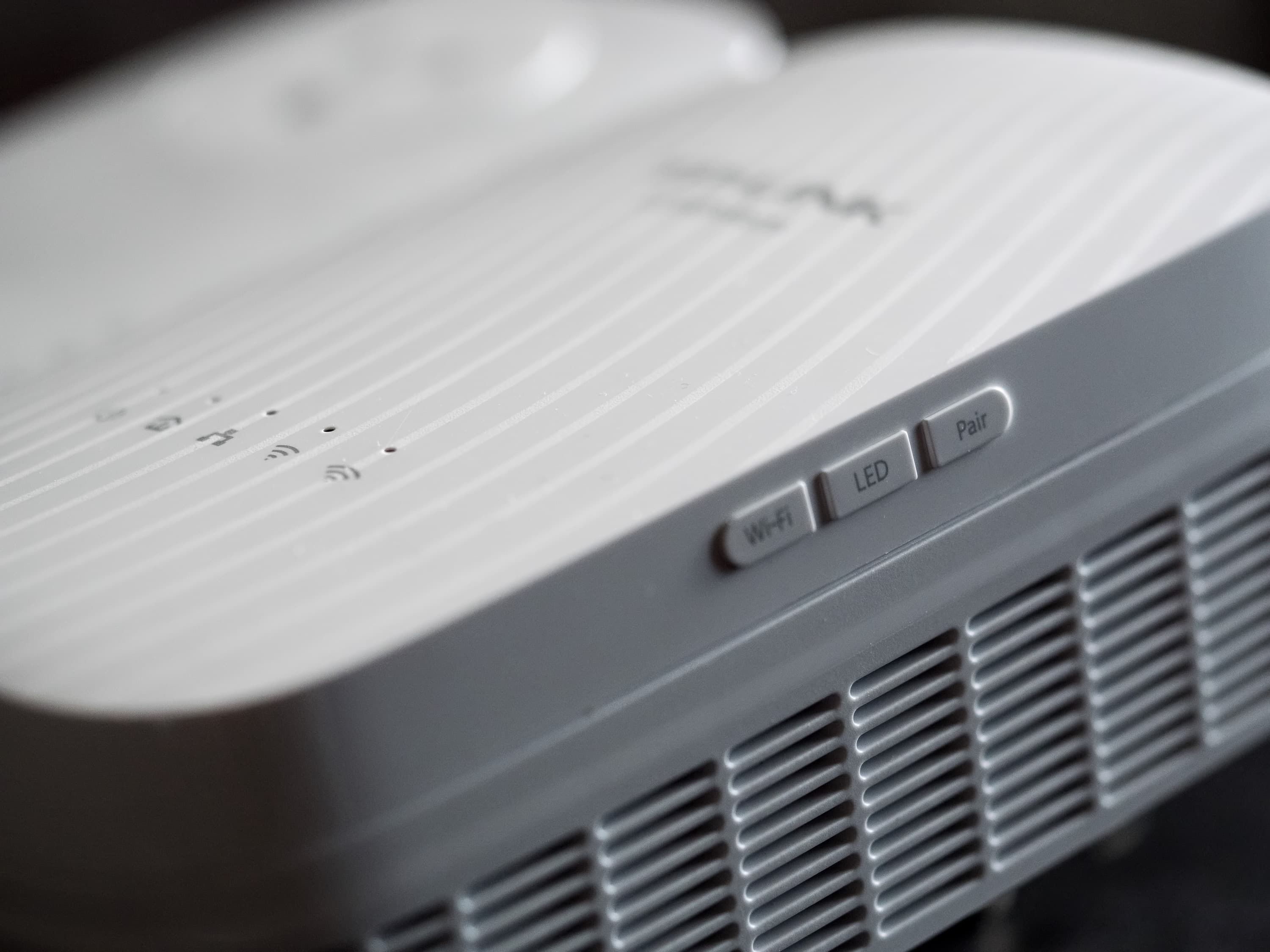 There aren’t many controls on the units, and each one is given a clear label so operation isn’t confusing. Not that you’ll need to touch these after initial setup.

The important take-away is that the Powerline kit does a much better job of taking advantage of your available speeds than a normal WiFi extender.

To understand how such a performance gap is possible, we need only look at the impressive array of features packed into these units. 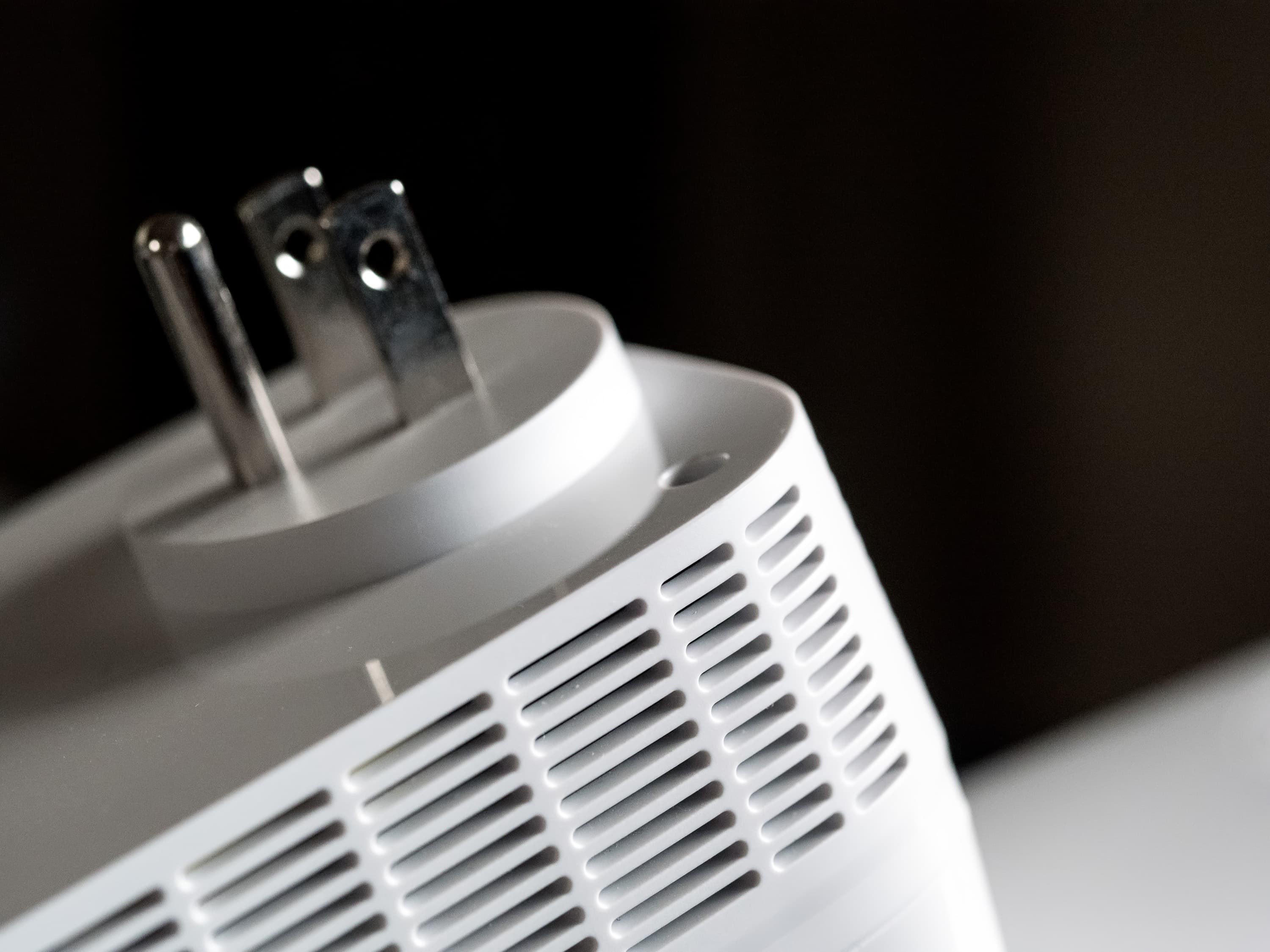 Prominent vents on both units suggest internal components are prone to heating up.

For starters, the AV1200 kit uses 2×2 Multi-Input-Multi-Output (MIMO) to establish several parallel connections simultaneously, ensuring stronger and faster signal transmission. This is standard on modern routers, but because the signal from the router is being transmitted over your building’s wiring until it reaches the dead zone you want to cover, it doesn’t lose strength because of walls and other WiFi-dampening obstacles. 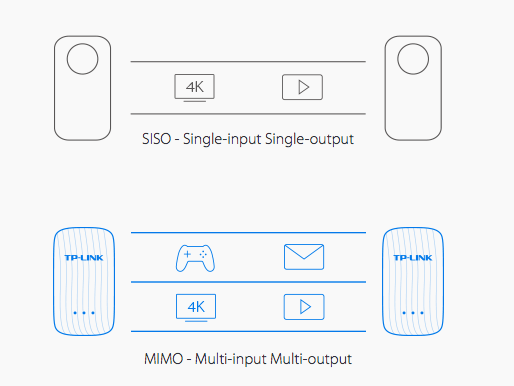 Each extender broadcasts a dual-band WiFi network from its chosen location, using beamforming to focus the signal where it’s needed.

Each extender broadcasts a dual-band WiFi network from its chosen location, using beamforming to focus the signal where it’s needed.

The result feels a lot like having multiple main routers scattered around your home, blanketing it in the fastest possible signal. This is especially true when you consider the advantages of having 3 ethernet ports available for direct connections on each of the receiver units. 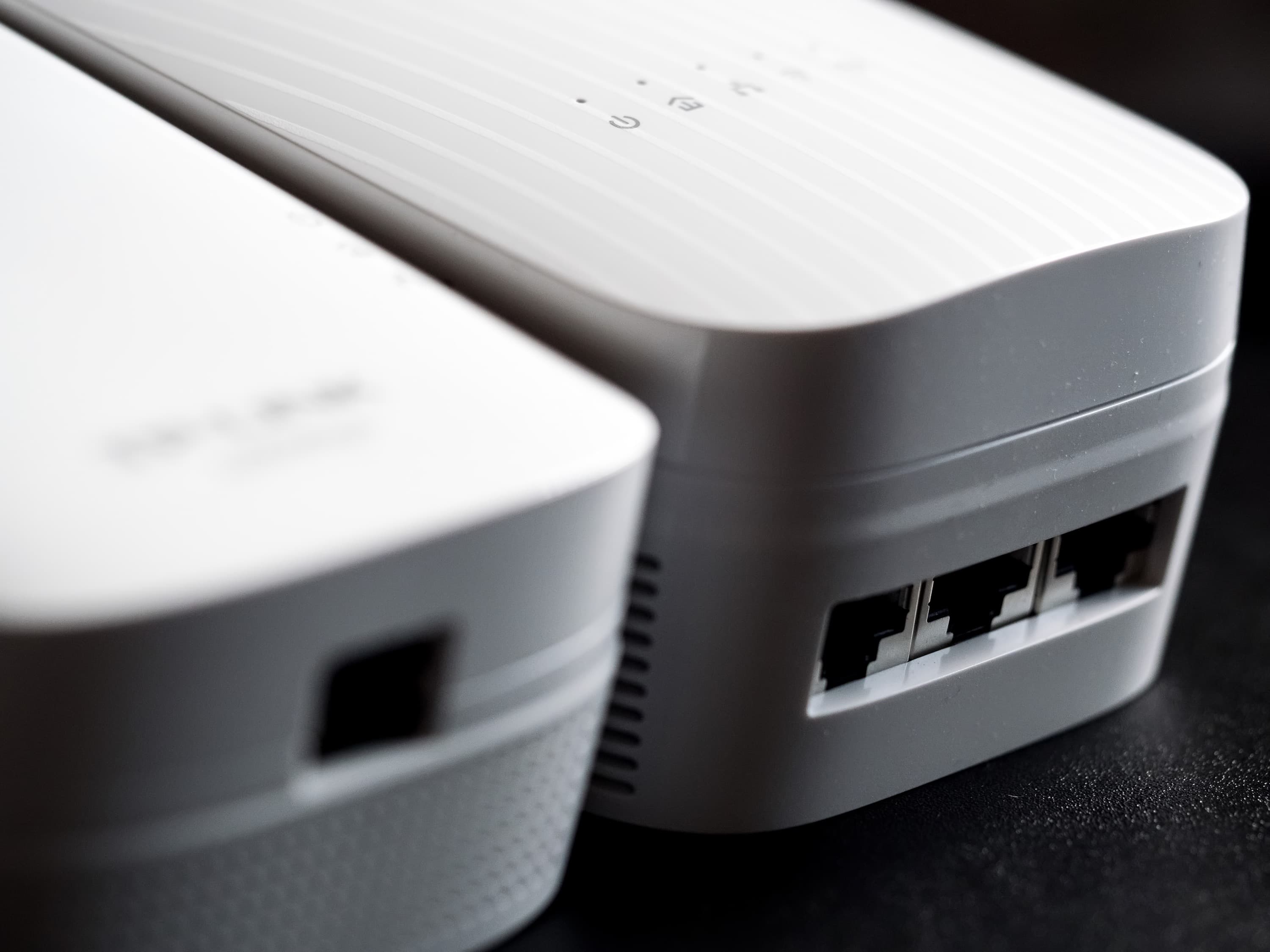 Each reciever has three ethernet ports, so you can connect several nearby devices for maximum performance. This is especially handy for game consoles and such.

For those of us used to Apple’s very user-friendly Airport line of networking products, the prospect of going back to the hideous web-based router consoles of the past is anything but appealing.

TP-Link knows this and has provided a great mobile app to help. It only took me about ten minutes to get things up and running—from opening the box, to performing the initial setup, to getting everything in place.

There are a couple of convenience features you can take advantage of along the way. The first is an easy WiFi cloning system that lets you configure the AV1200 transmitter with your existing network info automatically. Very handy.

There’s also an automatic sync system that makes adding additional units a breeze. You get one transmitter and one extender in the kit, but you can add as many additional extenders as you like, and setting them up is as easy as plugging them in and hitting a button.

The whole process was remarkably smooth, and the presence of an easy-to-use app makes me optimistic about the experience of managing the network on an ongoing basis.

I encountered two main issues with the Powerline kit, but they’re both circumstantial.

The first is the simple fact that the units are fairly bulky, so depending on your outlet location you may have to do some re-organizing to make them fit beside anything else. The instructions say you have to plug them both directly into wall outlets for the pairing process, but I was able to pair them even with both plugged into power bars, so who knows. 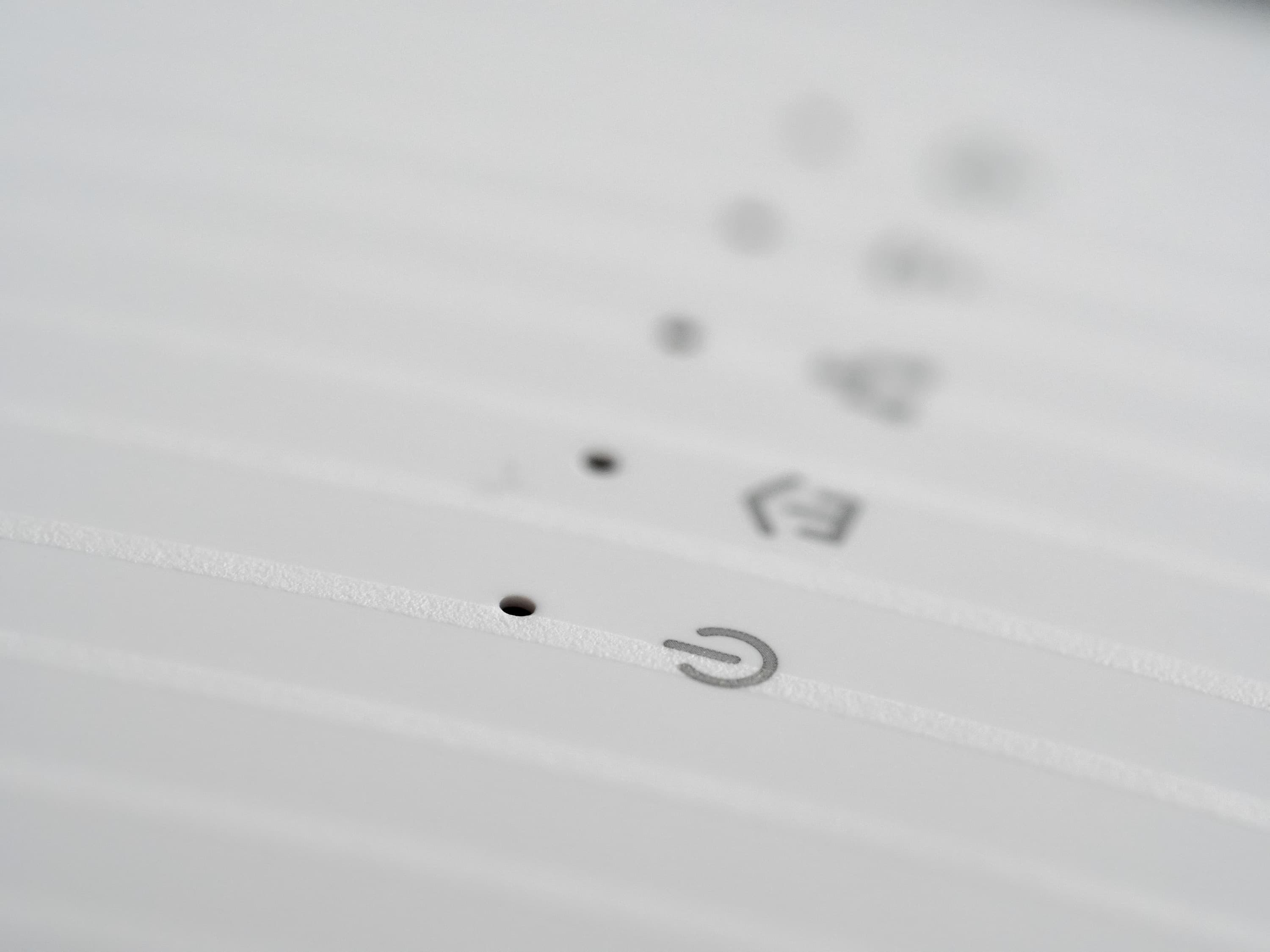 While bulky, they’re not ugly. Plugged into an outlet in the downstairs hallway, the receiver looks innocuous, kind of like a carbon monoxide alarm. When it comes to networking hardware, understated is good in my books. 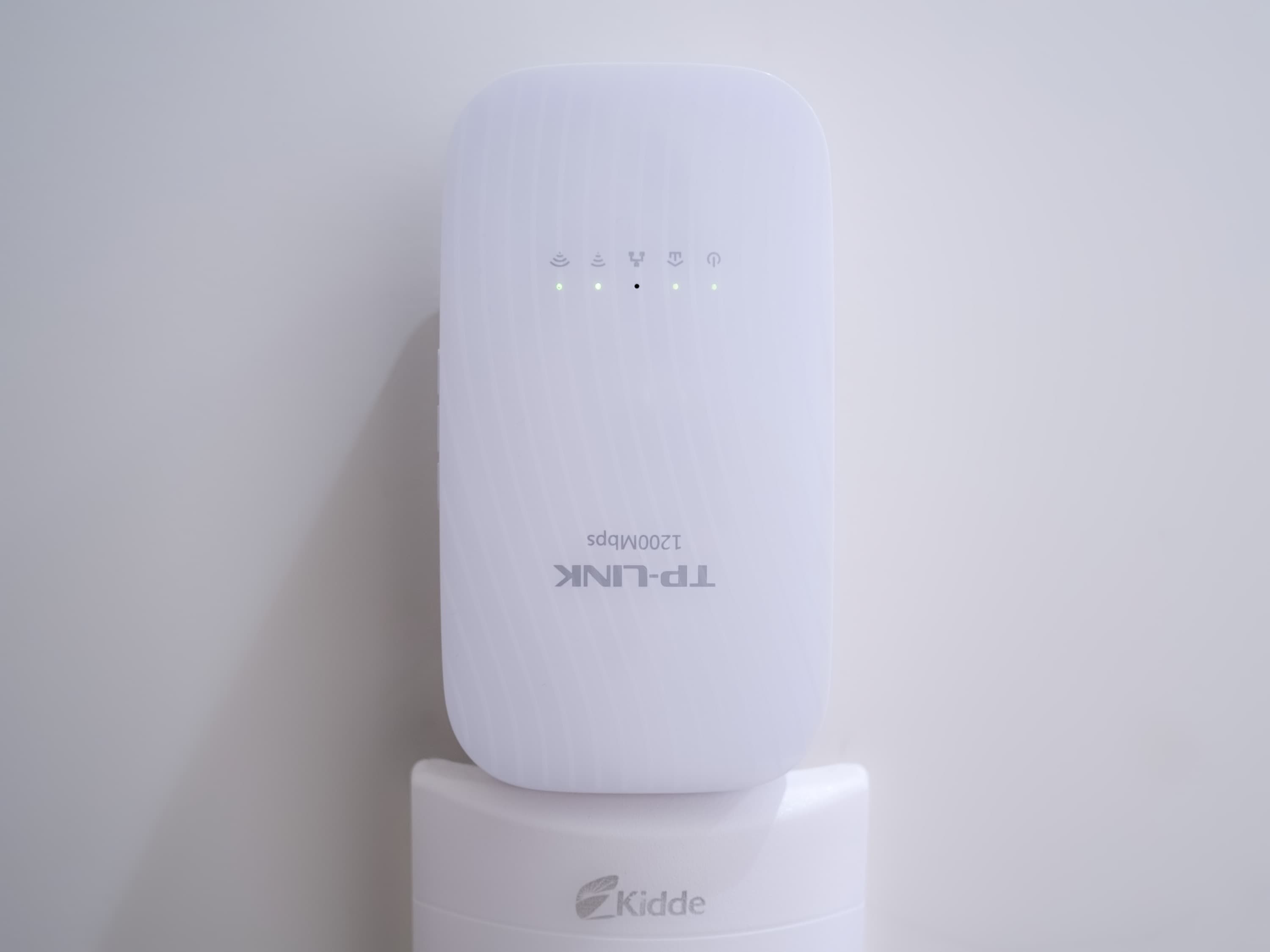 In any case, the second problem with them is that their reliance on your home/office wiring means there will be places where they simply don’t work. For example, my apartment, which has terrible wiring with no grounding, turned out to be one such place. No matter what I tried, I couldn’t get the two units to successfully pair.

Of course, there’s hardly a need for a range extender in a small apartment, so it’s a bit of a non-issue. I mention it only because some older houses have similar wiring issues and it’s a factor worth considering if you’re looking to purchase a kit.

Networking hardware isn’t glamorous, but it forms the foundation of our online lives.

I was surprised and delighted by how dramatically the TP-Link AV1200 kit improved the situation at my mum’s place. Not only that, but the days of router control interfaces being hideous and impenetrable seem to have come to an end, at least among some manufacturers.

Powerline technology is a unique and effective way to get your internet signal to the far corners of a large space. While it’s encouraging to see Eero and other companies developing mesh networking intelligence to overcome the problems with beaming WiFi around, it seems to me like Powerline is a simpler, more direct approach. 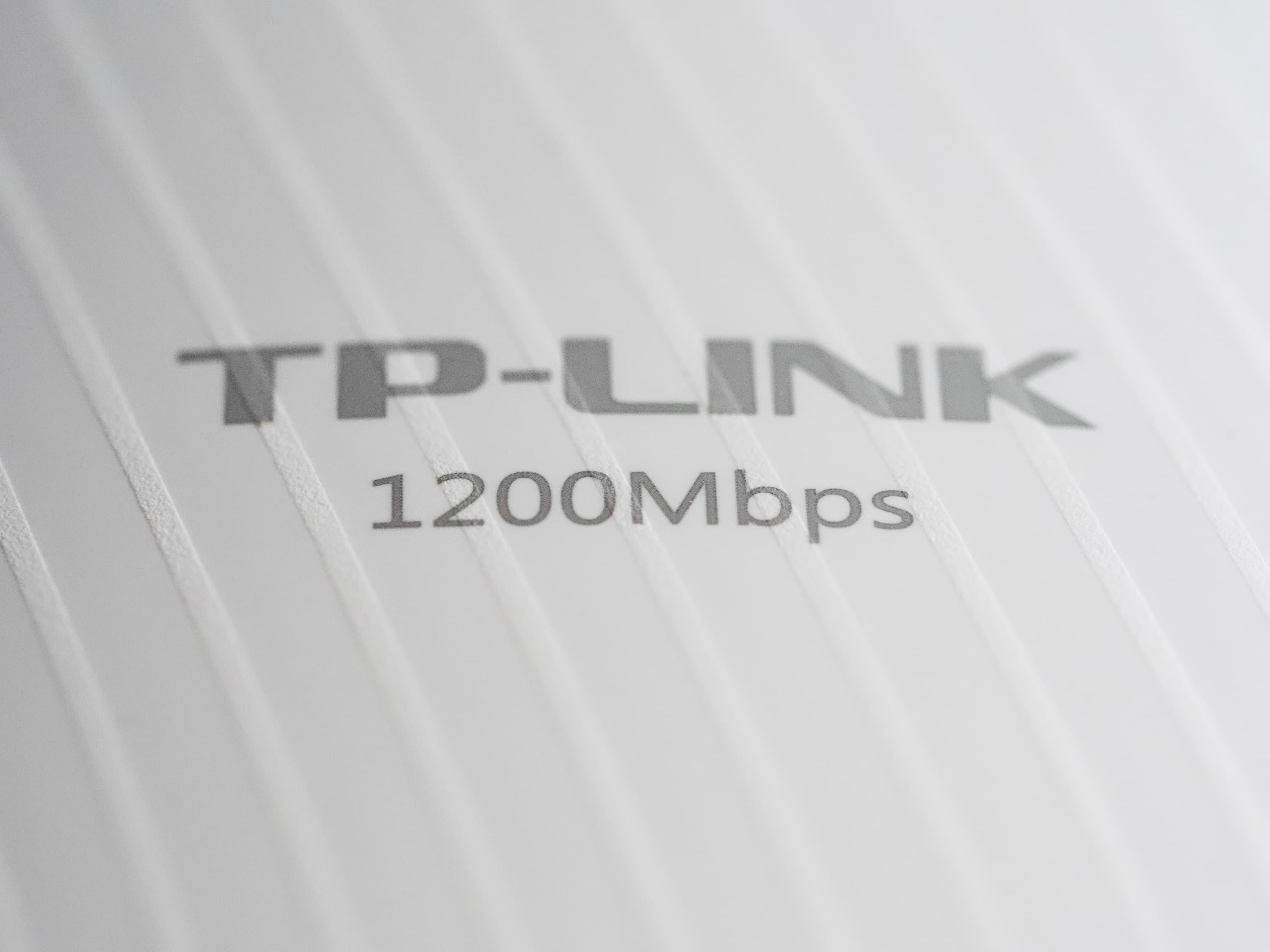 The TP-Link AV1200 Powerline Adapter is quick to set up, easy to maintain, and offered far faster speeds than my previous WiFi network.

The AV1200 Gigabit Powerline AC WiFi Kit may have an unwieldy name, but it’s quick to set up, effortless to maintain, and provided nearly five times the speed of my previous WiFi-based network extension solution. 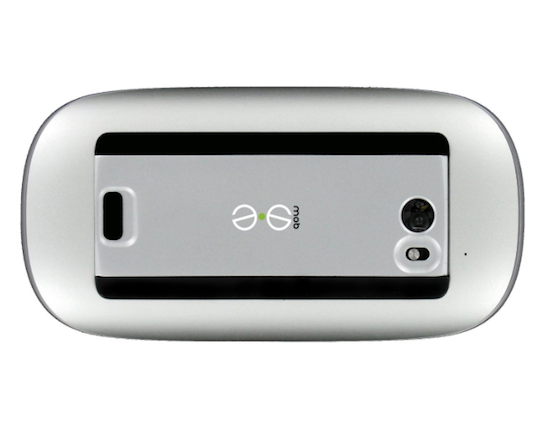 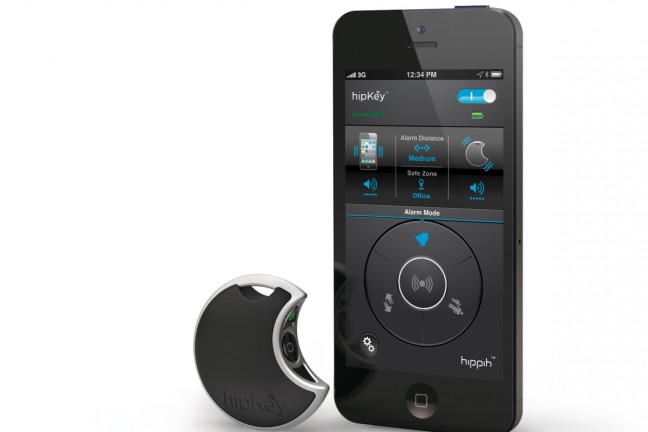