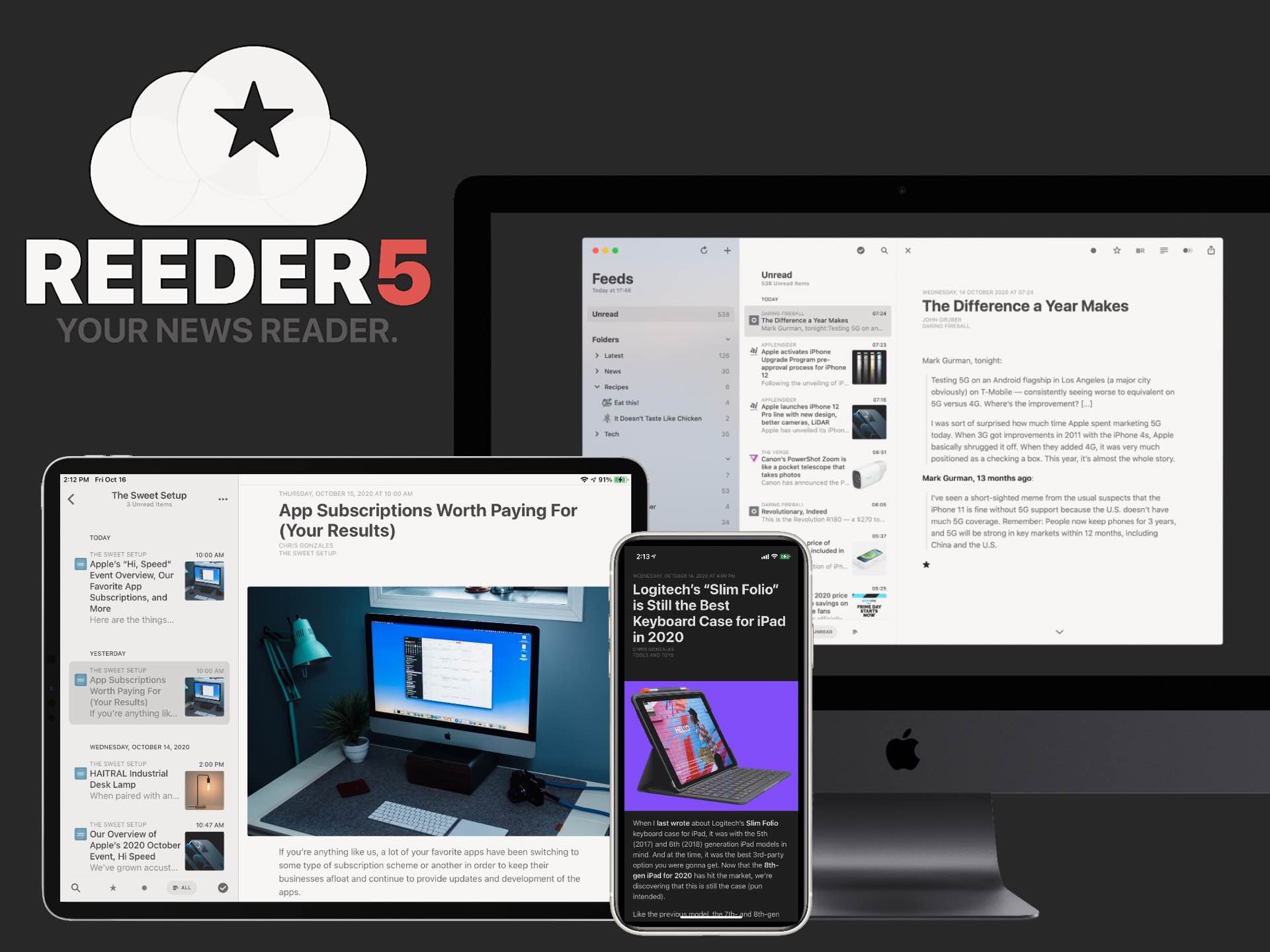 It feels like only a few months ago that I wrote about the release of Reeder 4, when in fact it’s been… {checks notes} uhh, a year and a half? Wow.

Before I log off to properly experience existential dread about the ceaseless and unrelenting passage of time, allow me to share today’s release of Reeder 5.

The app’s developer, Silvio Rizzi, hasn’t put out a blog post or press release about what’s new in Reeder 5, but when you open the app for the first time, you do get a welcome screen showing that information. Here’s what that looks like in both light and dark modes: 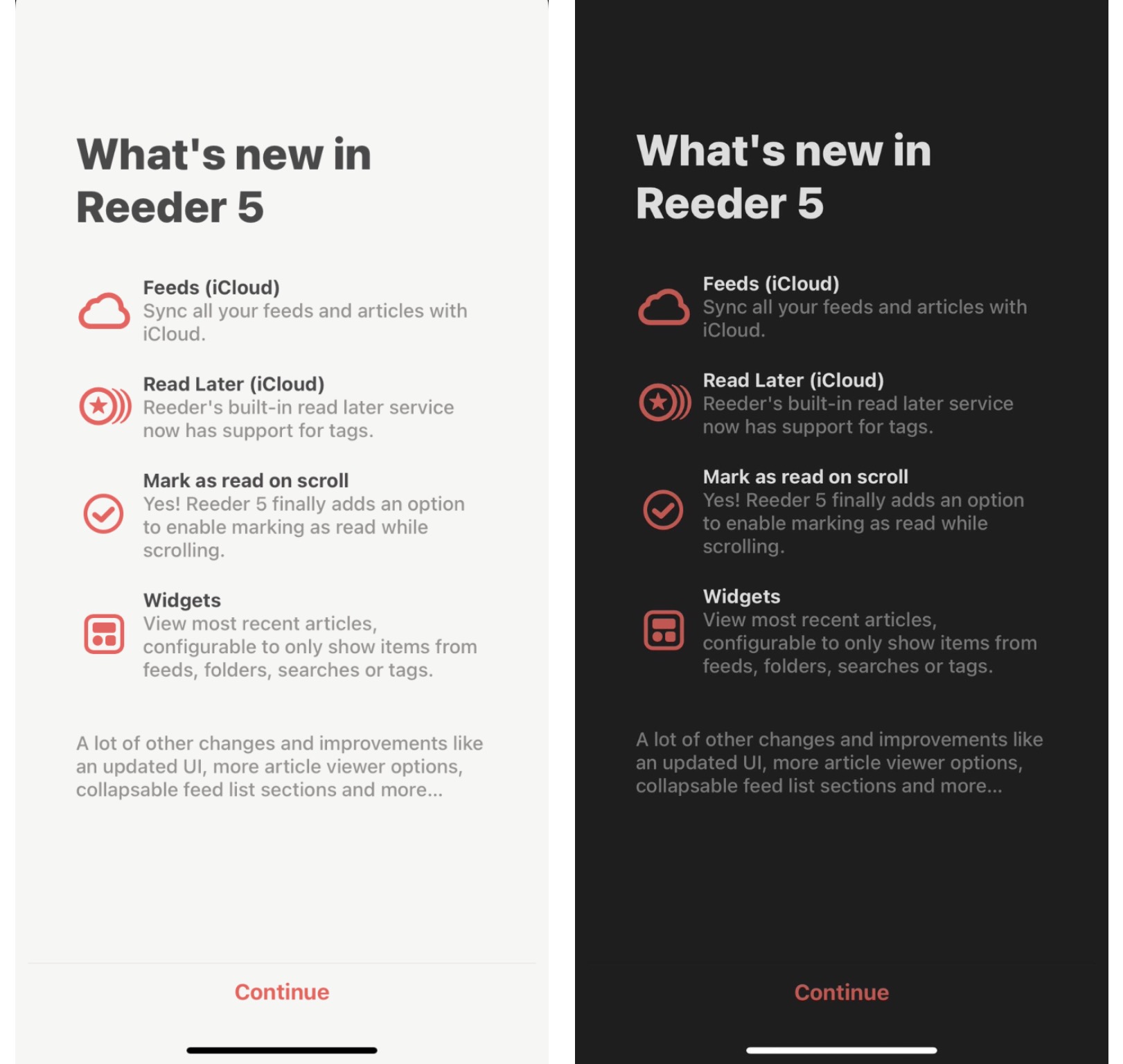 So yeah, in addition to a refreshed UI, Reeder now supports syncing RSS feeds via iCloud! This is actually kind of a big deal, because it means you no longer need to use a third-party RSS service — now it’s built right in.

(Of course, I have no plans to cancel my Feed Wrangler account, but if the service ever goes under, I can just switch to iCloud syncing without having to create an account elsewhere.)

The built-in Read Later service he added in version 4 is still here as well, and now it supports tagging, à la Instapaper folders: 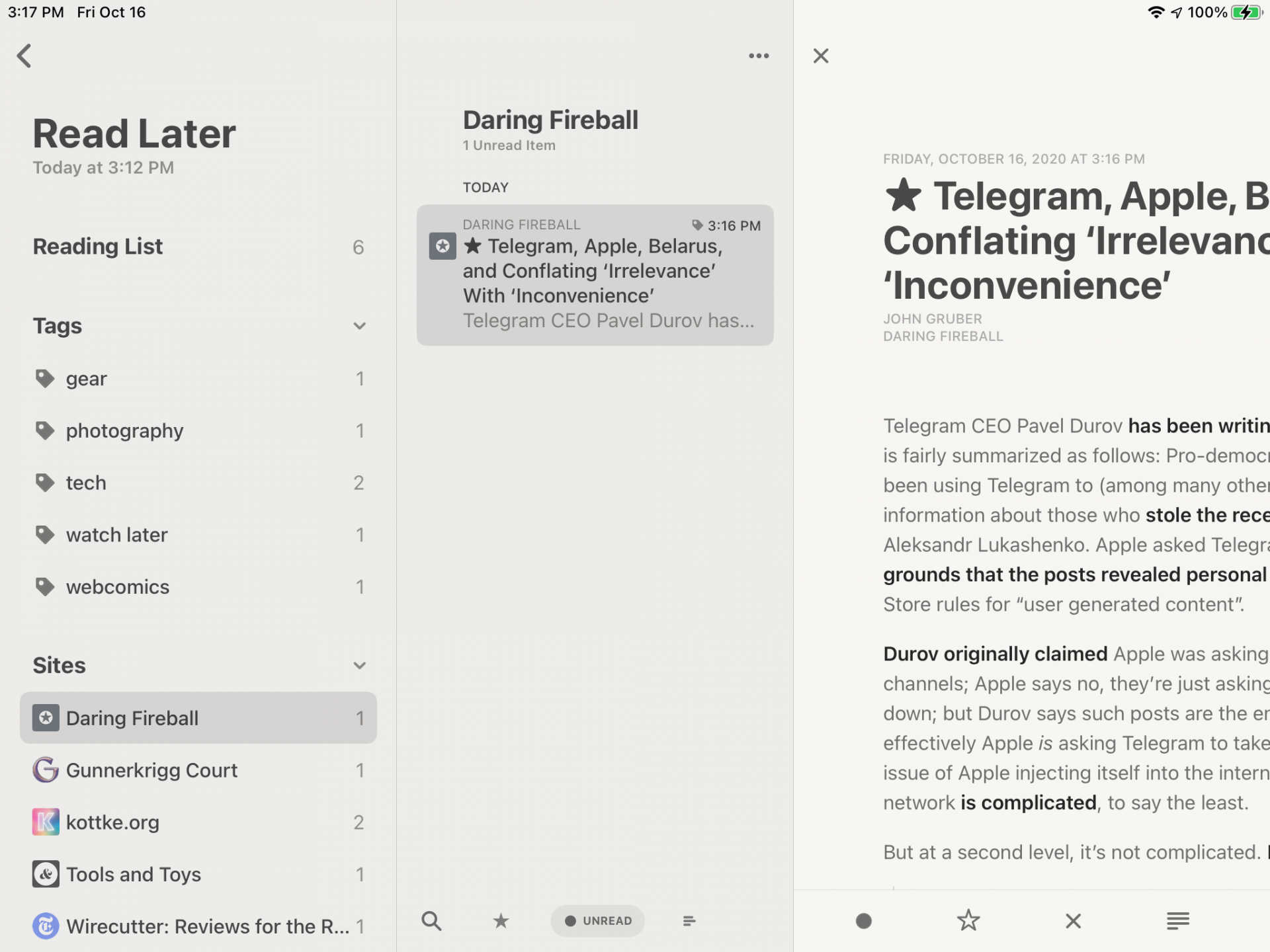 You can also enable a setting that marks items as read as you scroll through the list, which isn’t my personal preference but maybe it’s something you’ve been hoping for?

And lastly, widget support! 🎉 Now you can view recent articles right from your home screen, where you can simply tap one to open it directly in Reeder. Pretty neat. 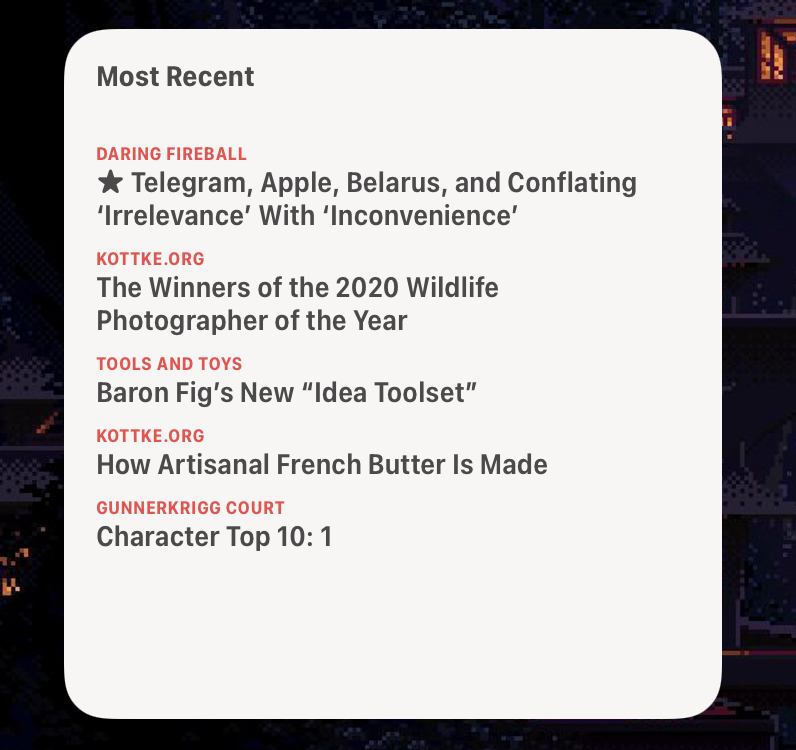 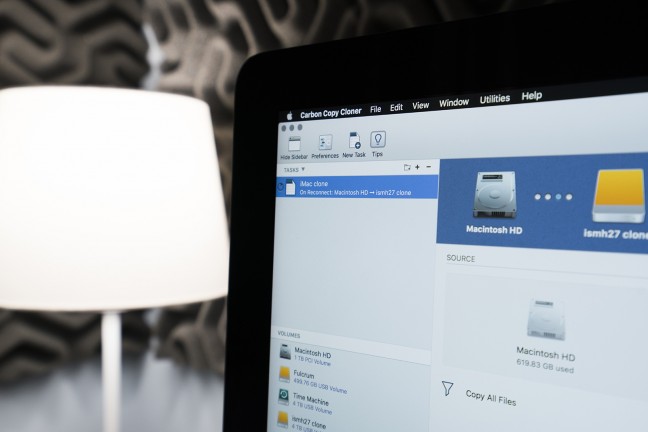 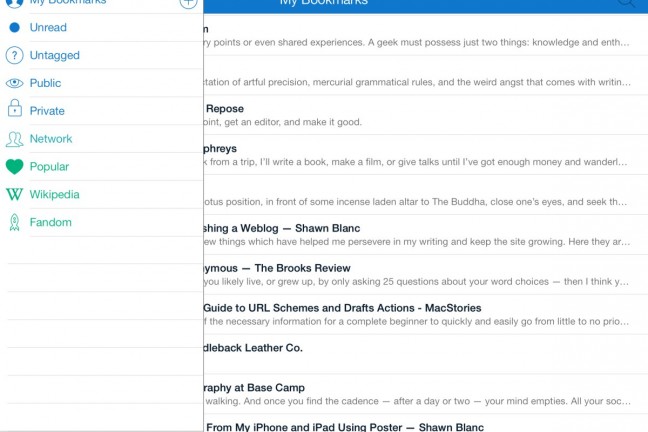 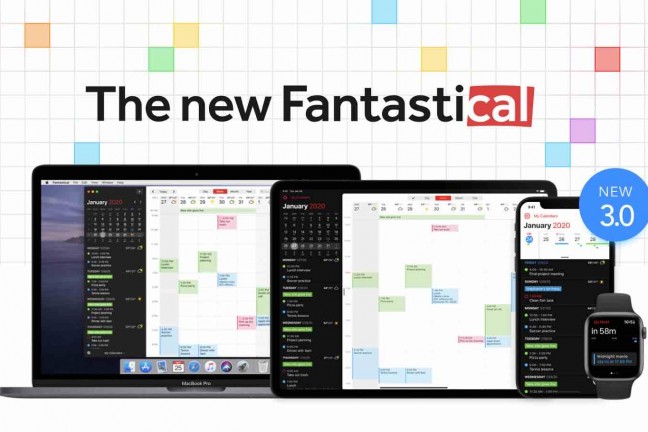