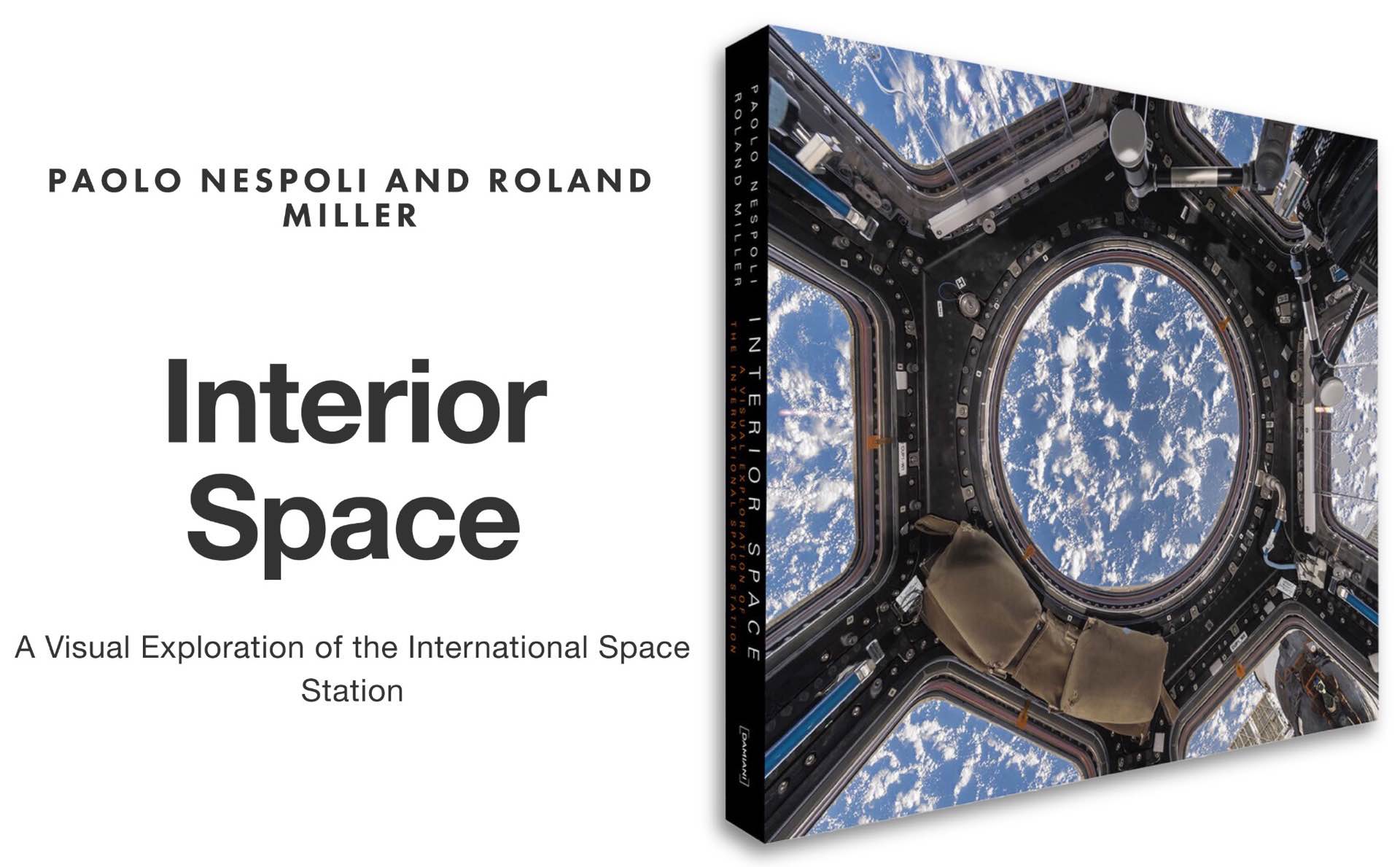 American aerospace photographer Roland Miller teamed up with Italian astronaut Paolo Nespoli to produce a series of awesome photographs, mostly taken aboard the interior of the International Space Station, which they’ve compiled into the Interior Space Project coffee table book being funded on Kickstarter as I speak. 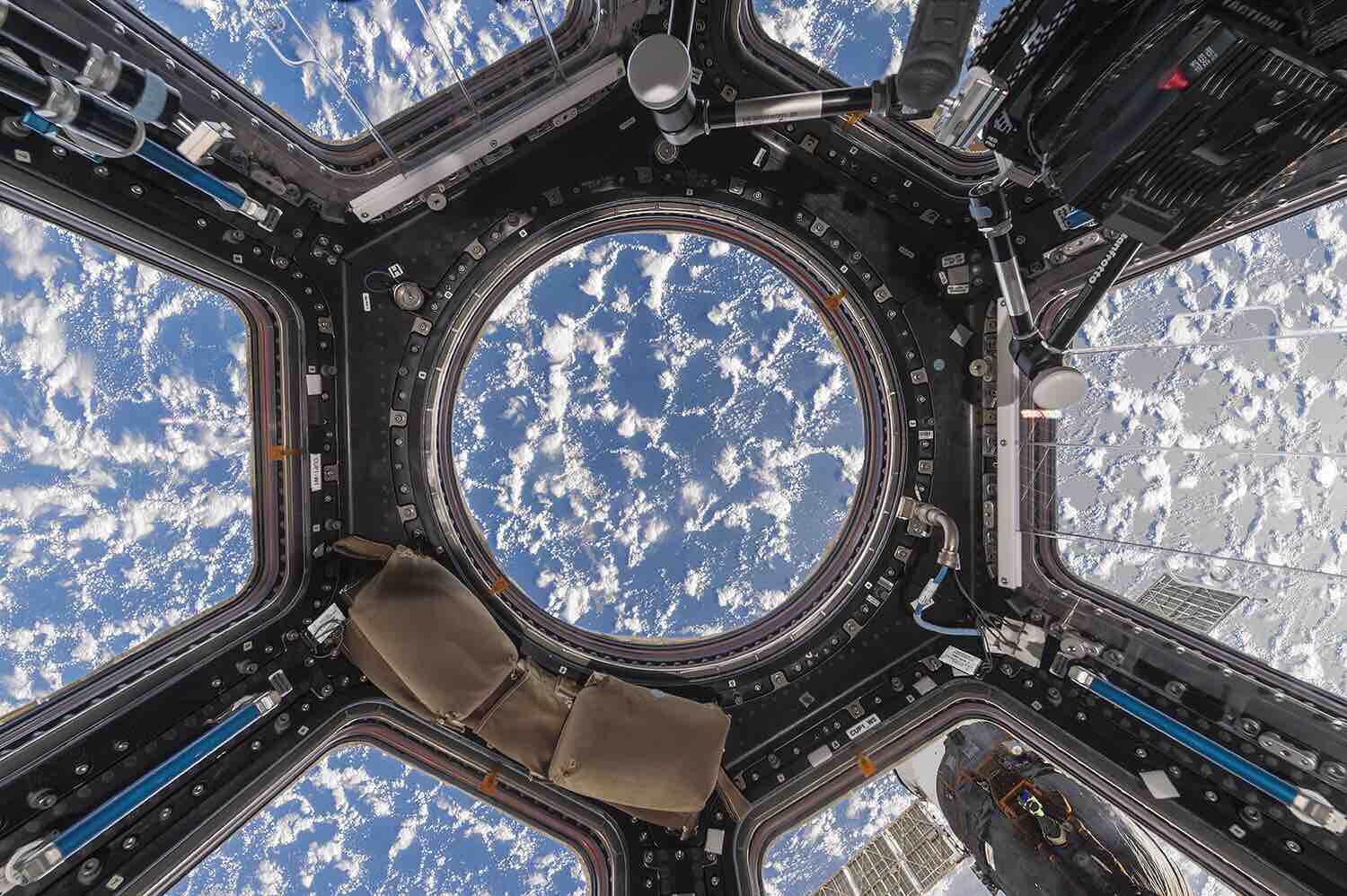 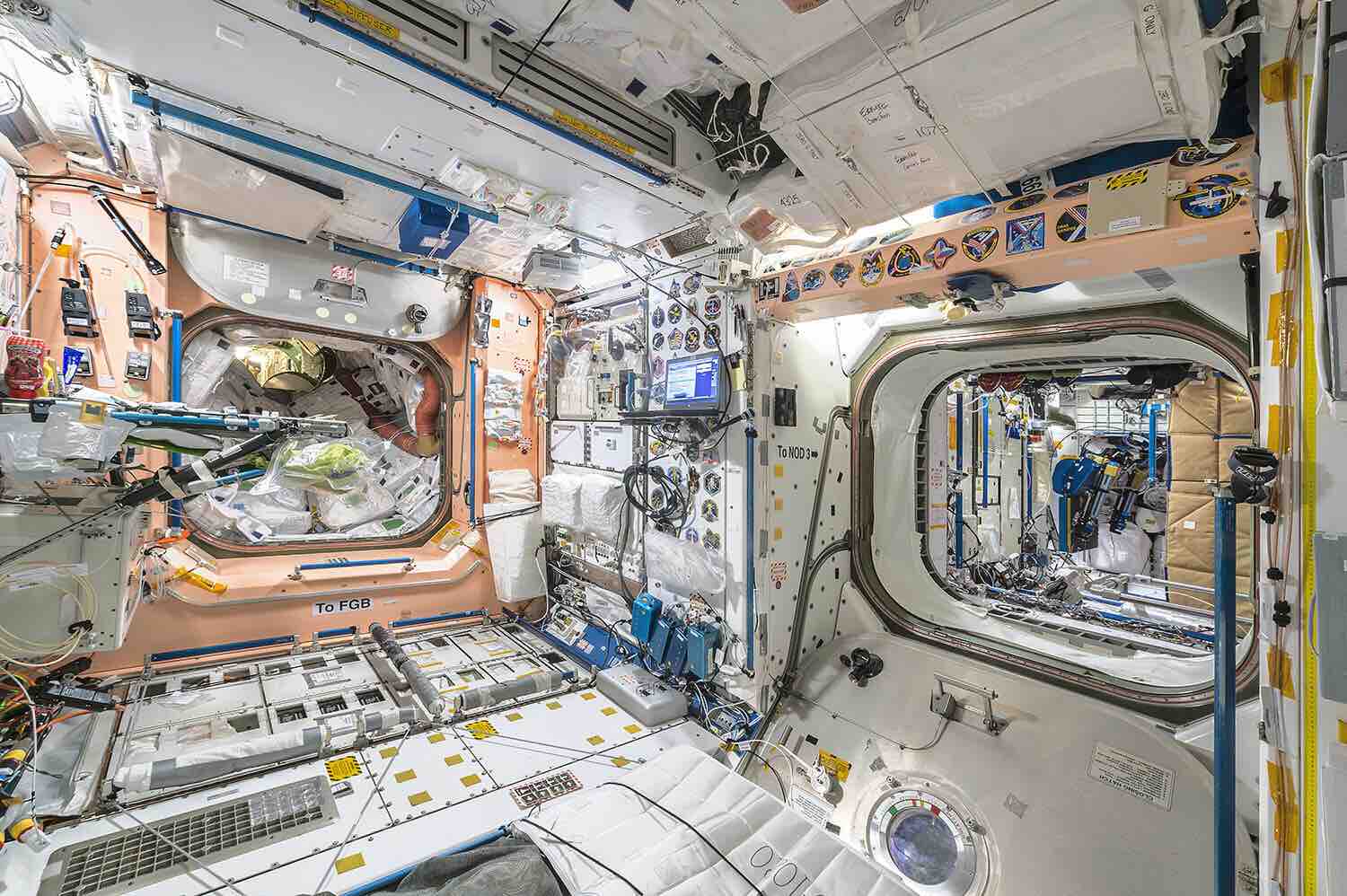 Miller explains how he was able to collaborate with an astronaut in space while he was on the ground:

The Interior Space Project was conceived when NASA astronaut Cady Coleman encouraged me to find a way to share my photographic vision and technical approach with astronauts on the International Space Station (ISS). […] As remote a possibility as this idea seemed at the time, I honored Cady’s request and drafted a proposal to collaboratively document the interior of the ISS with an astronaut who I could direct in making photographs.

My goal for the project was to explore the ISS’s interior in a combined documentary and abstract manner and to accomplish this mainly through available light photography. Cady liked the idea, and she connected me with Italian astronaut, Paolo Nespoli. As it turned out, Paolo was the perfect partner with whom to collaborate on Interior Space. Paolo has extensive photography experience himself.

Along with the collaborative images of the interior of the ISS, Interior Space contains photographs Paolo made of the Space Shuttle Endeavour docked at the ISS while he departed on a Soyuz spacecraft and images I made of ISS processing, training, and research facilities around the United States. Coupling these Earth-based images with the collaborative photographs Paolo and I made allows Interior Space to tell a broad visual story of the overall ISS program. 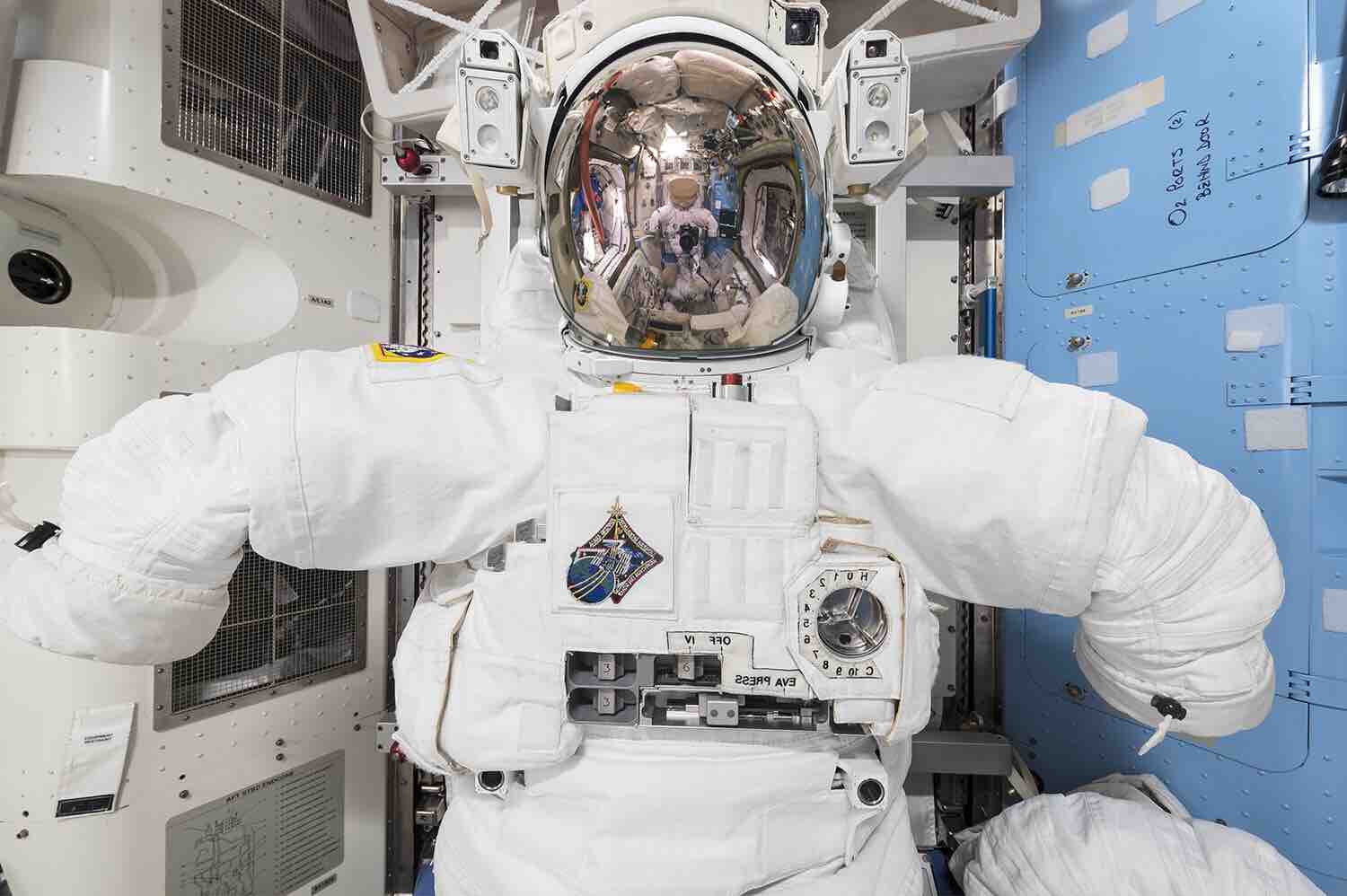 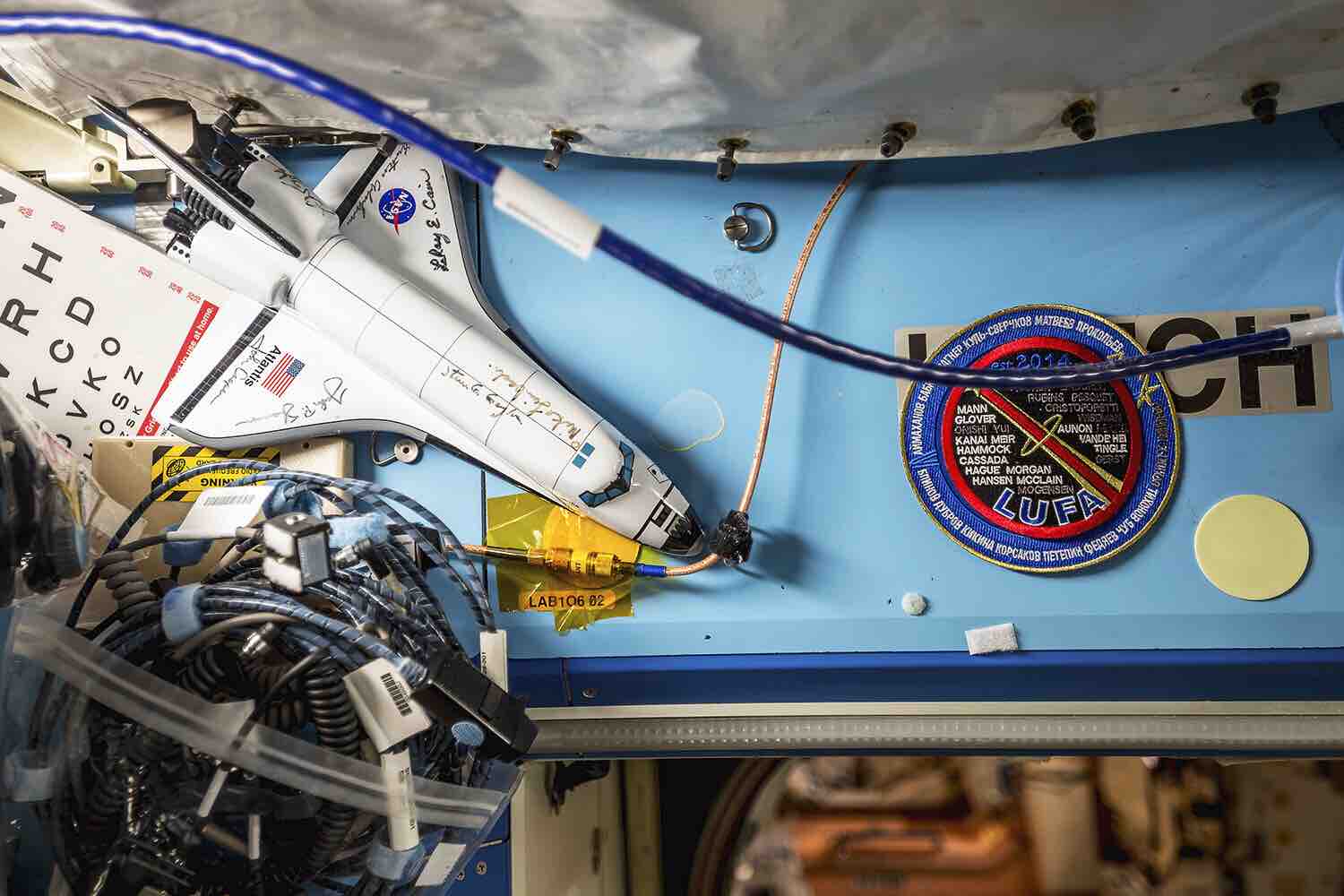 Also included in this fantastic book are essays written by four experts on various aspects of the ISS’ story, including Italy’s role in the design and building of its modules, the concept of space archeology + the space station as a home, the Goodyear Company’s early role in space station development, and the role of photography within research of the contemporary ISS. 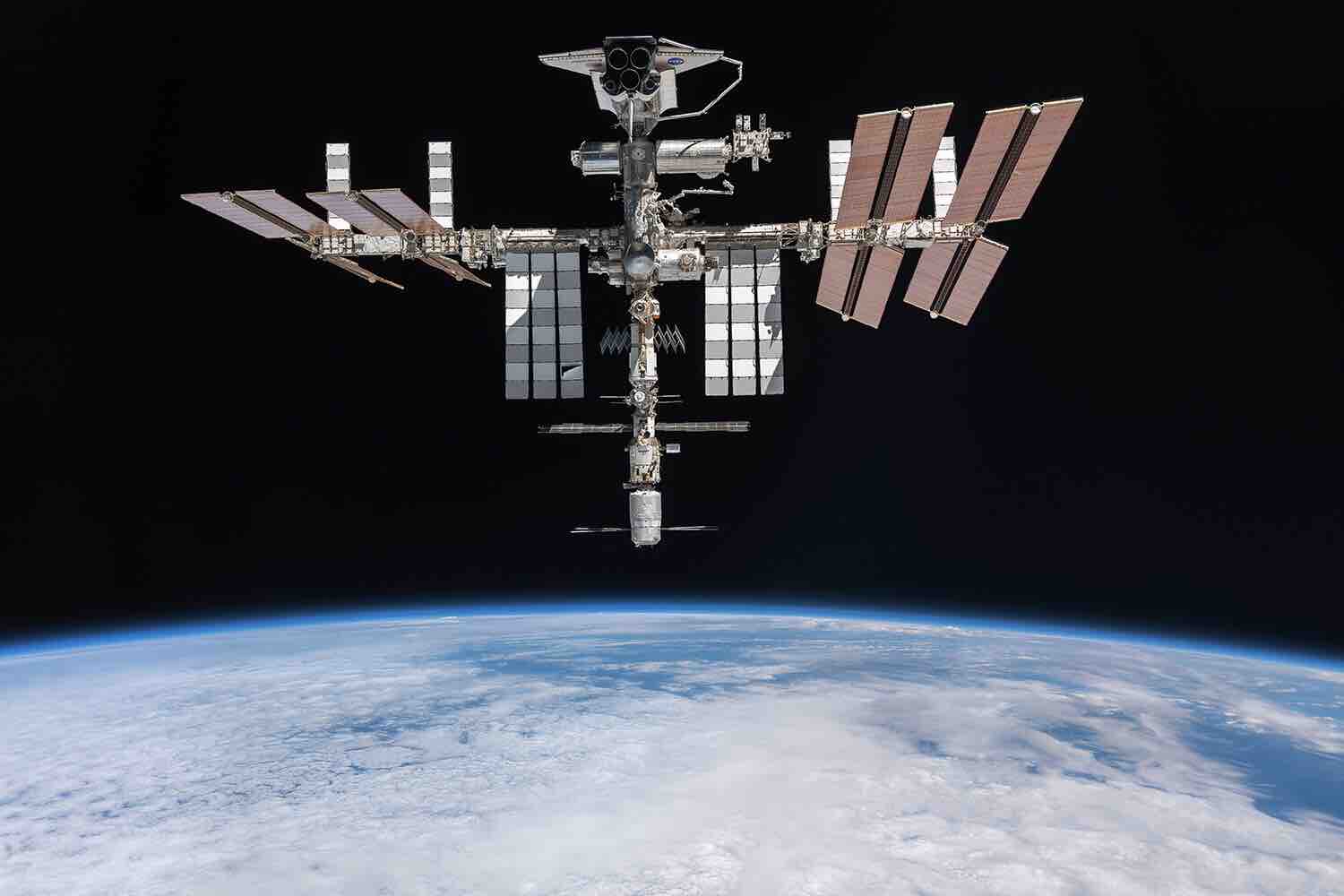 As of August 14th, 2020, the project has already exceeded its funding goal and still has 15 days to go. Back the project at the $55 level or higher to receive your own copy of the book when it goes to print in a couple months. 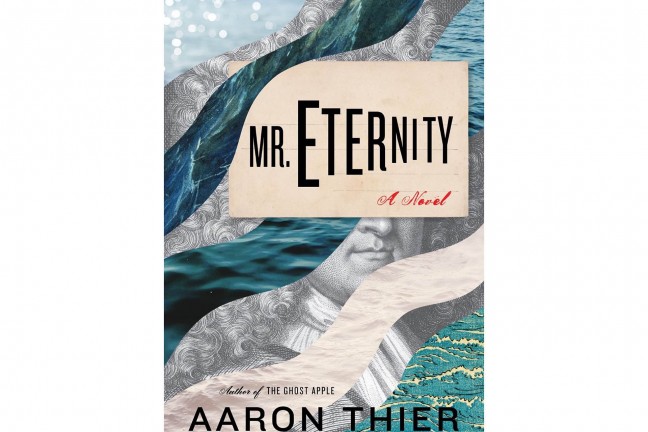 Pre-order ‘Mr. Eternity’ by Aaron Thier 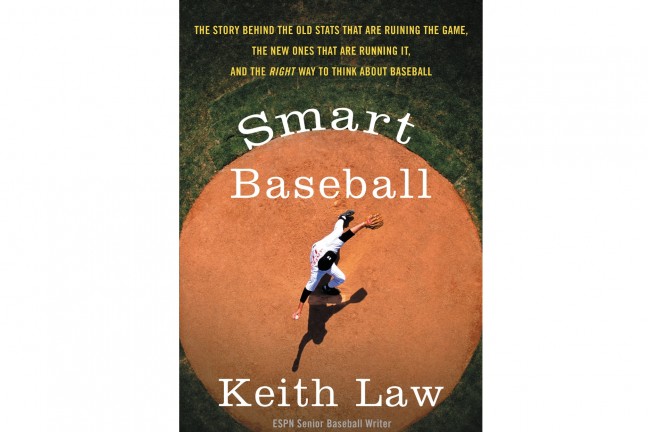 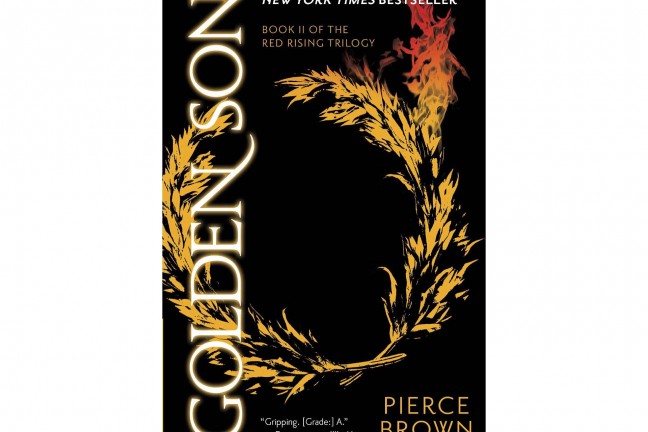