Growing up, MacGyver was one of my favorite shows (right up there with Knight Rider). I liked MacGyver best because he had a really cool knife — and there was a laser beam in the open credits. Mostly for the laser beam.

However, I liked the show so much that I constantly asked my dad for a “MacGyver knife” — also known as a Swiss Army knife. When I finally got one —well, that’s what started my obsession with knives — I was five at the time.

Since then I’ve learned a great deal more about knives, but more than anything else I’ve learned just how amazingly useful they are every day. There’s a large crowd of people obsessed with everyday carry knives (EDC for short) and I’m certainly one of them.

But there’s more to picking the right knife than just going by looks, price, or recommendations from any one person — a knife is a very personal tool and varies widely in its ability to cut things.

Like an iPhone, your knife is only useful when it is with you. And like phones, you are only going to use the knife you actually like.

Ultimately, the best knife is the one you are mostly likely to have with you all the time.

So, let’s talk about some really good knives for various use cases. 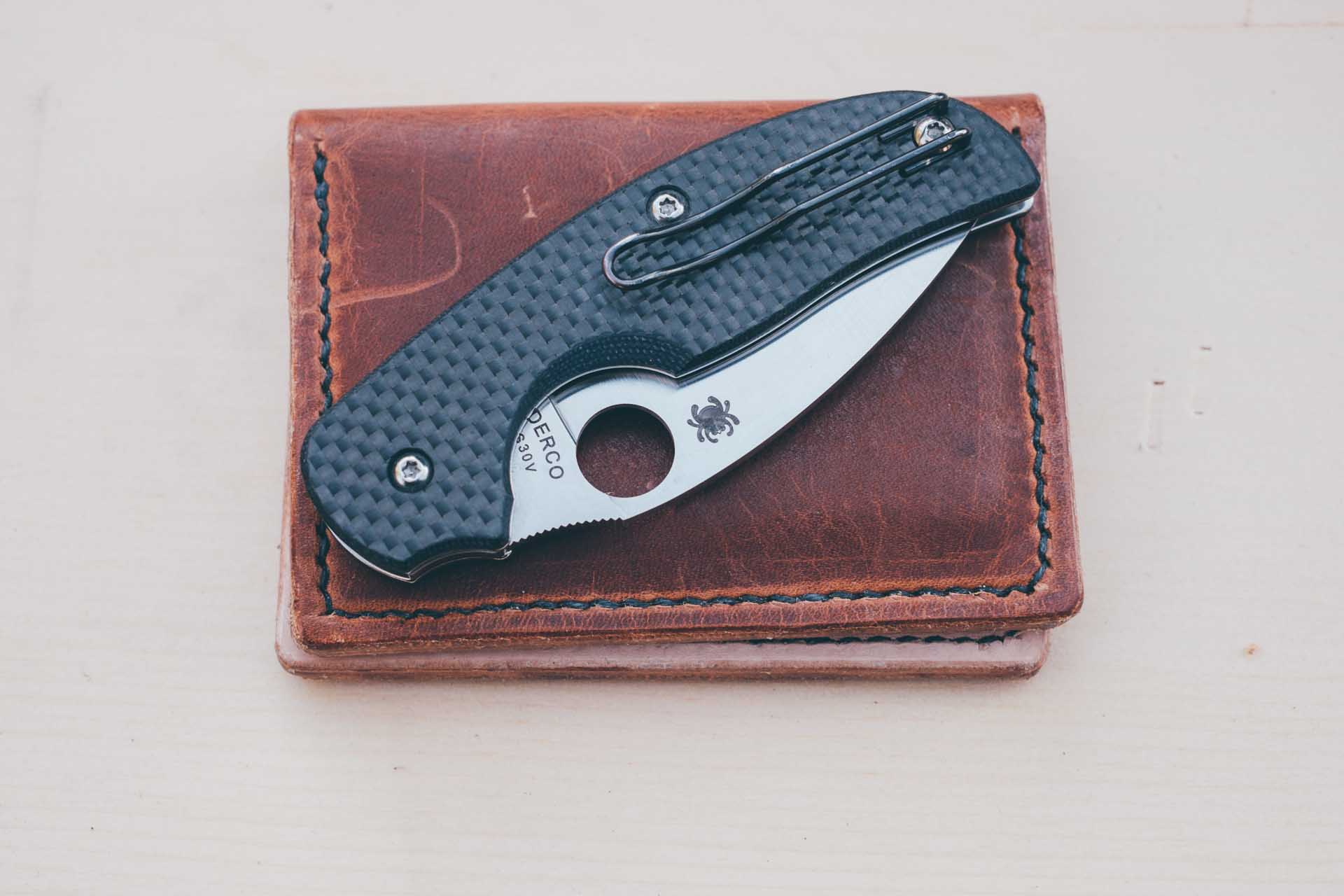 Perhaps the most common use of a pocket knife is as an item you carry every day in your pocket or bag. This is also the most challenging of situations for a knife as it has to deal with a wide range of circumstances: from being razor sharp for cutting thread from a shirt, boxes, scraping, and any number of other circumstances. Cutting things like boxes will wear the edge off your knife quickly, but an EDC knife should also sharpen fast — and edge retention and ease of sharpening are always at odds with each other.

I don’t subscribe to the idea that carrying a pocket knife could save your life — that seems only true in wilderness situations and largely overly dramatic.

For the city, your knife will mostly serve as an excellent tool for opening Amazon boxes, cutting off tags, and other minutia that normally sends you searching for scissors. 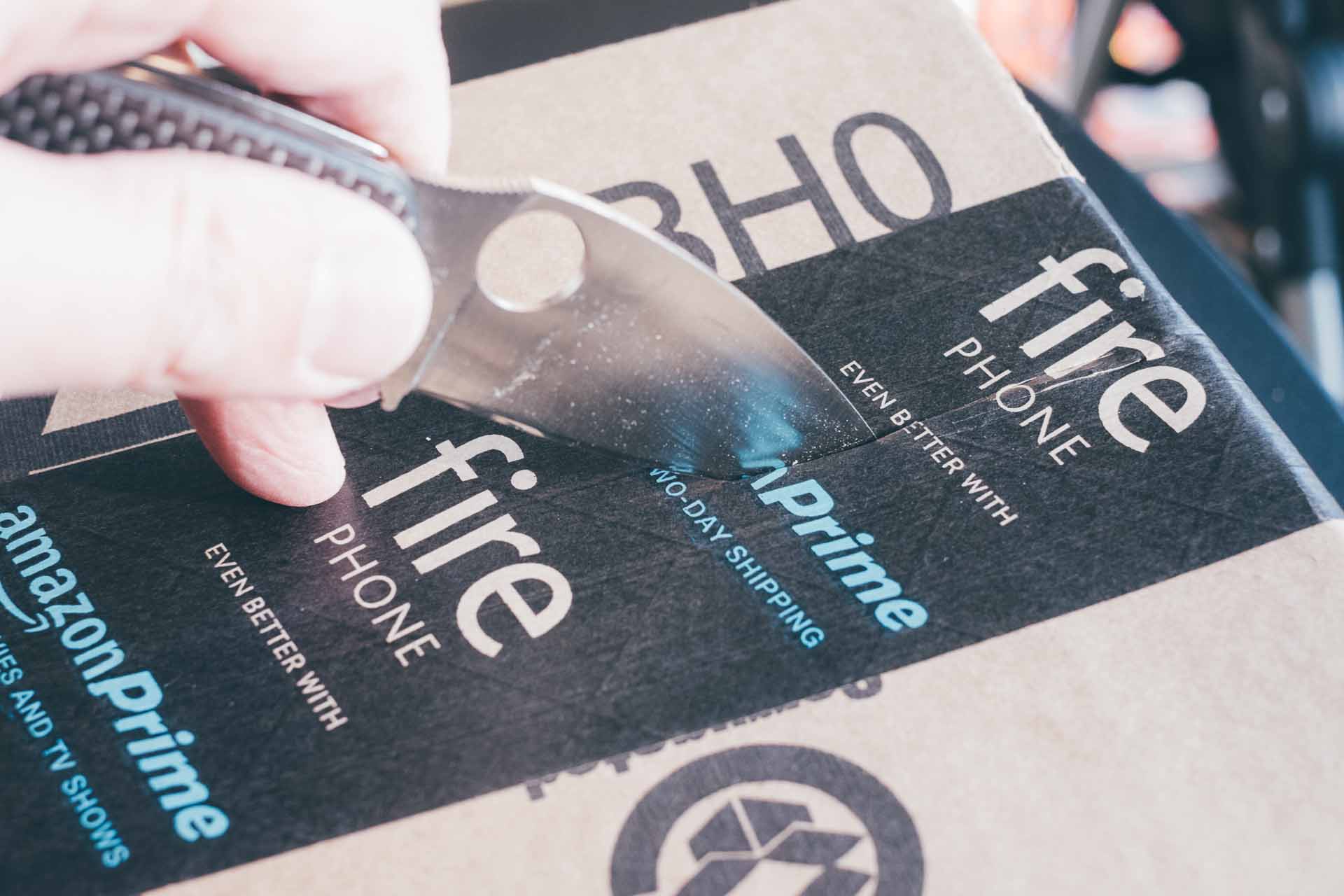 Pictured here is, perhaps, one of the most common scenarios you’ll encounter with your trusty, everyday carry pocket knife.

I’ve tested a lot of knives made to be carried every day, ranging for $10 to $400 in price. The best knife, when taking everything into consideration, is the Spyderco Sage 1. This is a classic design and made from excellent materials. 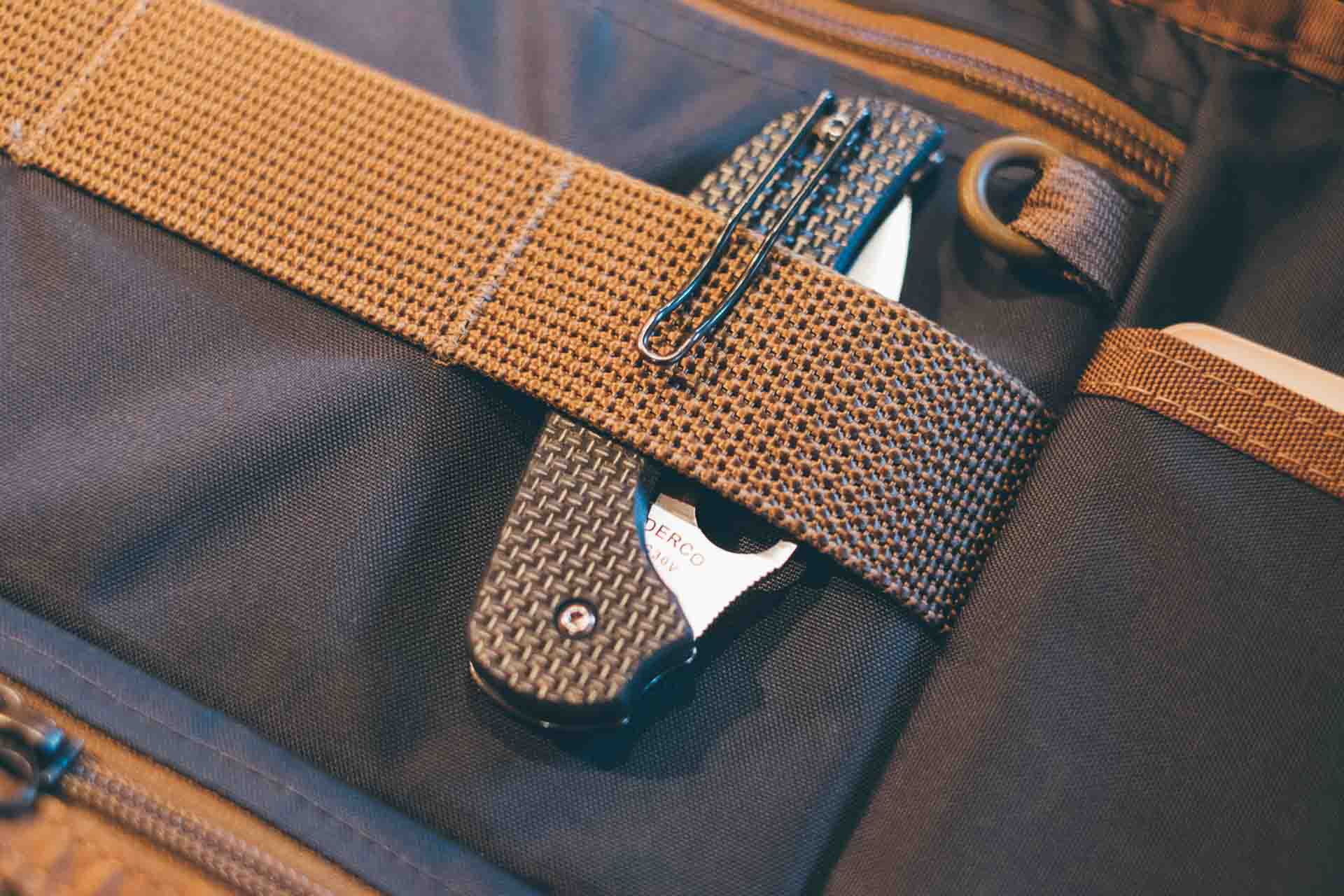 The Spyderco Sage 1 has a low-profile clip, so you can keep it just about anywhere.

There is a lot to like about the Sage 1: it is made with S30V steel — one of the best pocket knife steels out there that offers excellent edge retention, ease of sharpening, and corrosion resistance. The Sage 1 also has a design that is mostly ambidextrous (only the locking mechanism is not ambidextrous, though a lefty like me can get used to it).

And it is lovely looking. 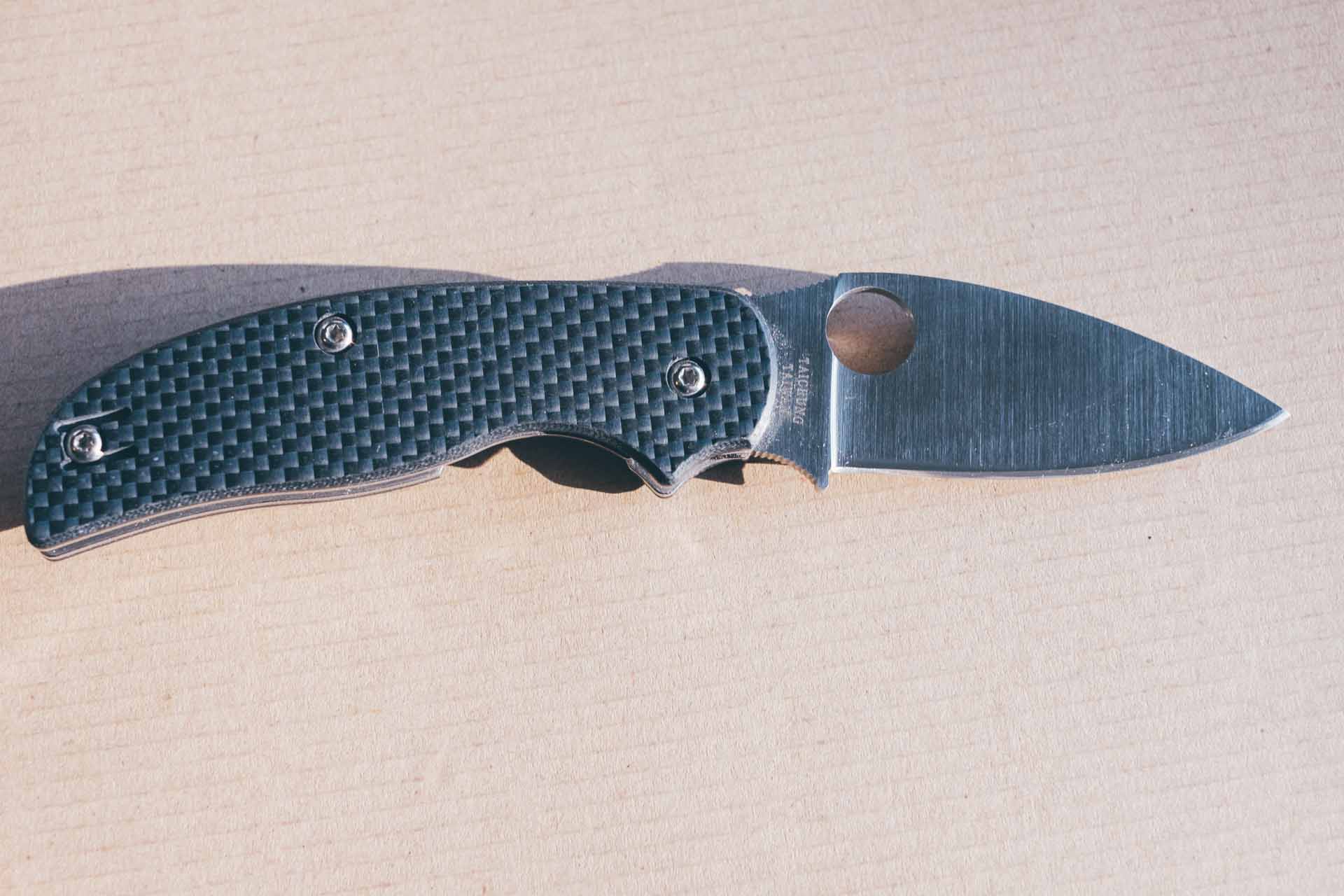 There are, however, a couple of flaws. I’ve found it much too large to carry in my pocket without it being clipped to the top of the pocket, and it is pricey ($110) if you are just getting started with knives. But the quality is fantastic.

This being Tools & Toys, we don’t want to urge someone to buy something overly expensive if we can find other options, so let me introduce you to the wonderful CRKT Drifter Titanium.

The Drifter is a very inexpensive knife ($20), but that is not to say that it is a bad knife. 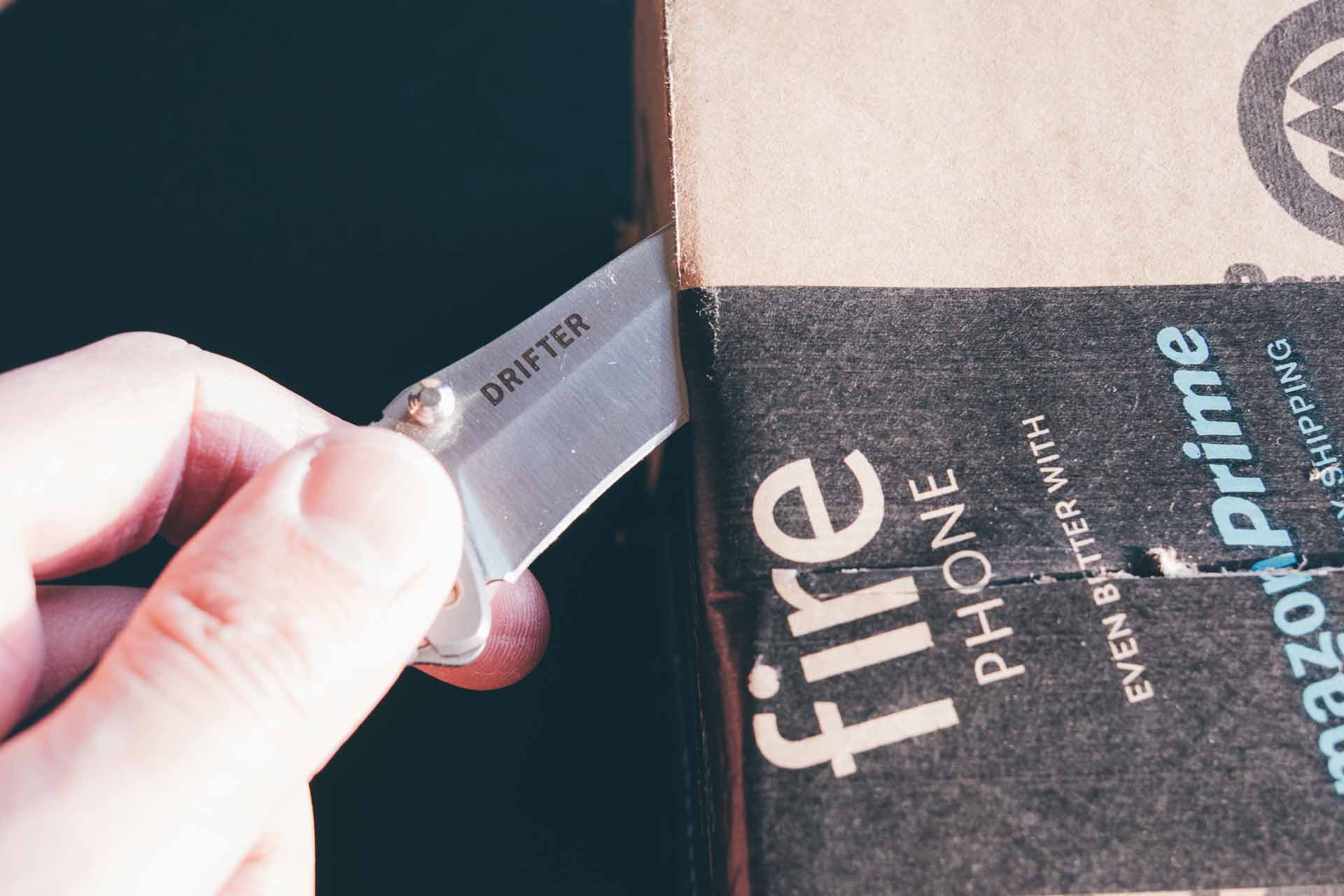 With knives the most expensive part is usually the quality of the steel used, so with the Drifter being under $30, we can guess where the savings is coming from. I won’t dwell on this, but the Drifter uses 8Cr14MoV steel, which is an inexpensive Chinese steel. Typically, knife steel works like this: cheaper steel is easier to sharpen and dulls faster; better steel is a bit harder to sharpen and dulls slower. 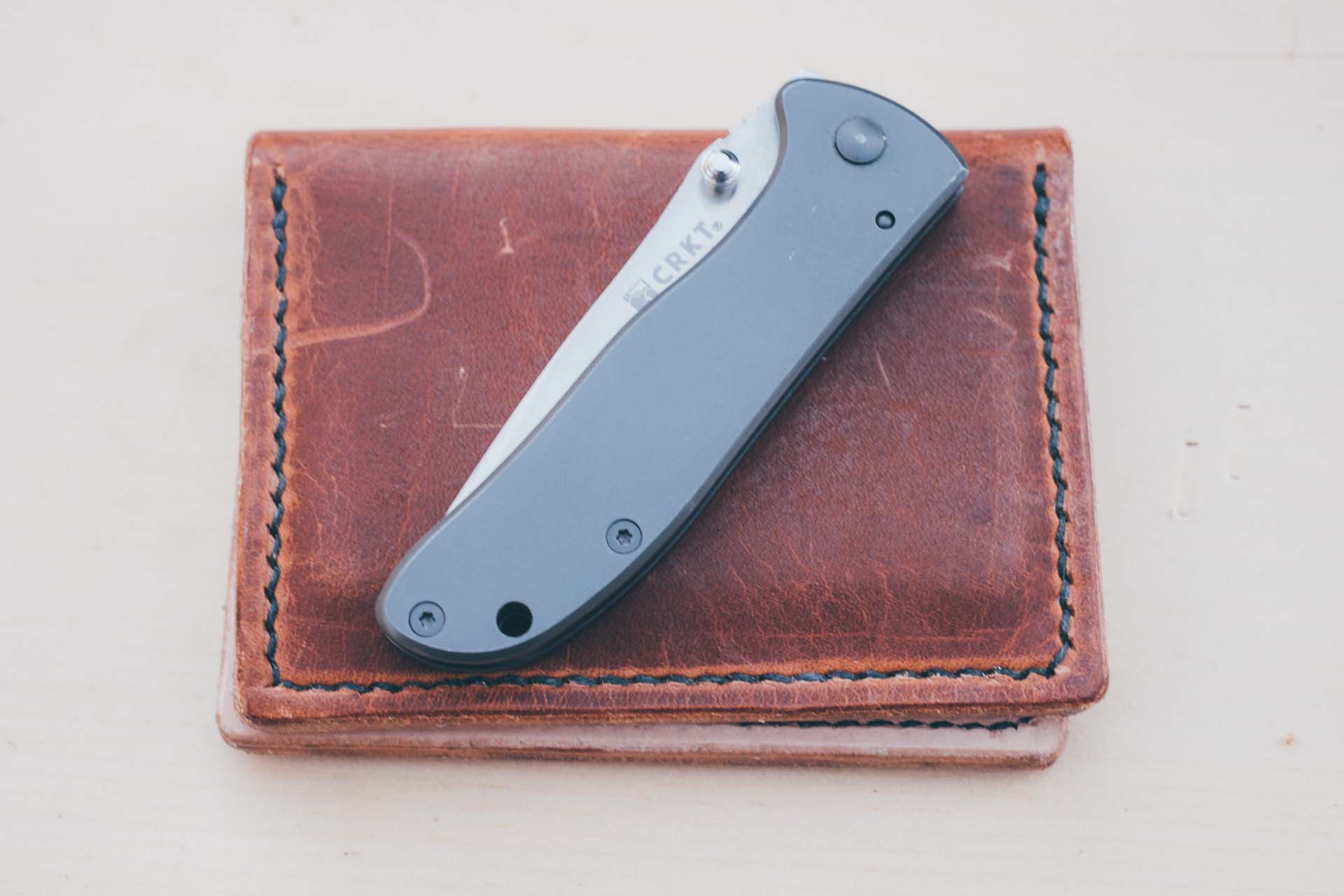 I’ve had this knife for quite some time and have been very happy with the edge retention and overall quality of the knife. For the price, it is most impressive.

The biggest bonus of the Drifter, aside from the price, is that it is a smaller knife and can easily be carried in the bottom of your pocket with little worry.

If you are new to knives and aren’t sure, I would certainly snag the Drifter. It’s a very nice knife and one that even knife enthusiasts can enjoy. 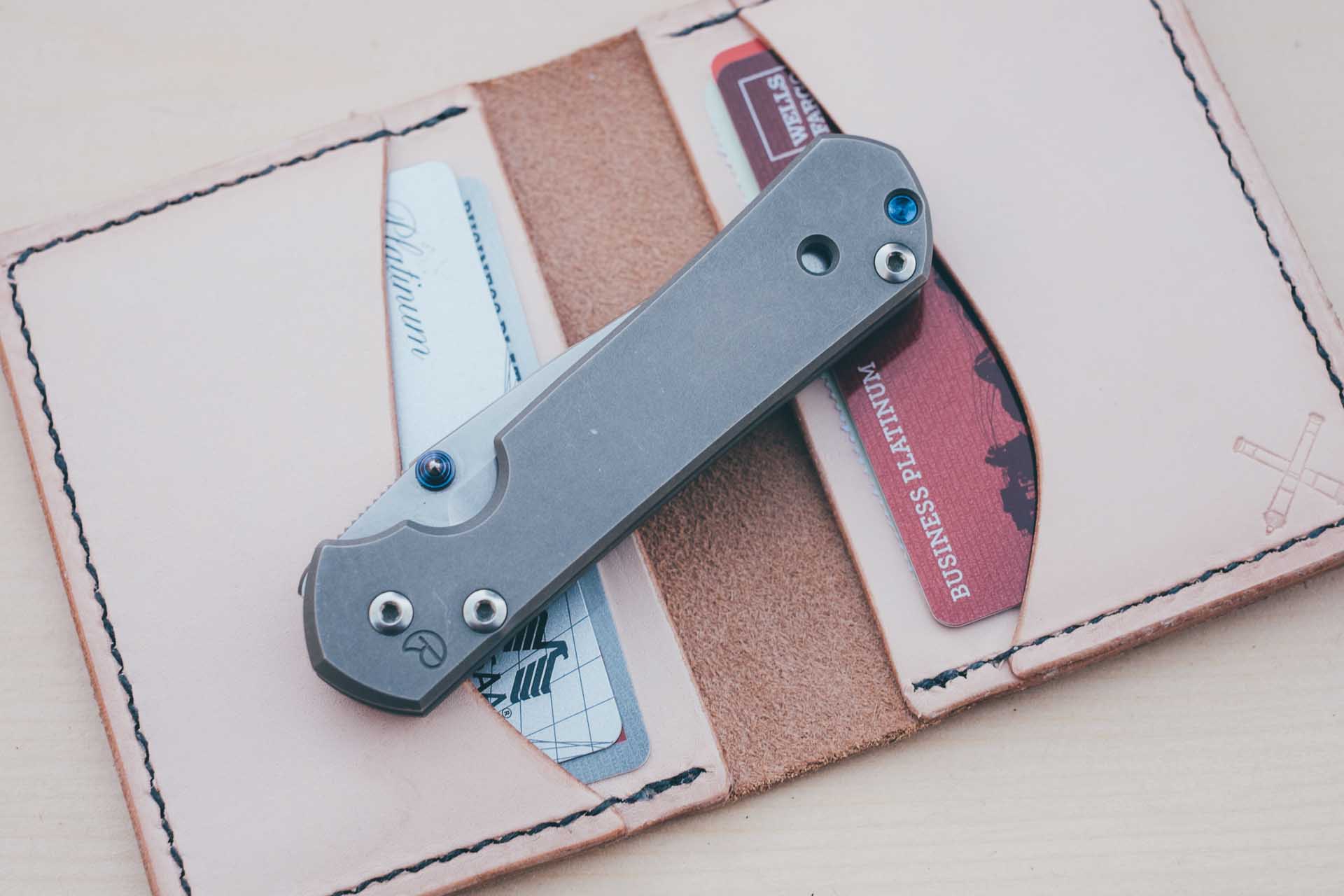 One last option I will throw out there is the heralded Chris Reeve’s Small Sebenza 21. It is a budget busting $350, but it is one of the finest everyday carry knives on the market. It is the knife I carry every day and have carried every day for well over a year.

One place where I use my knife more than anywhere else is around the house. I keep one stashed in the kitchen and another in the bedroom, and I find uses for them just about every day. Whether I am opening packages, breaking down boxes, or making quick box forts for the kids — a pocket knife is handy to have around the house. 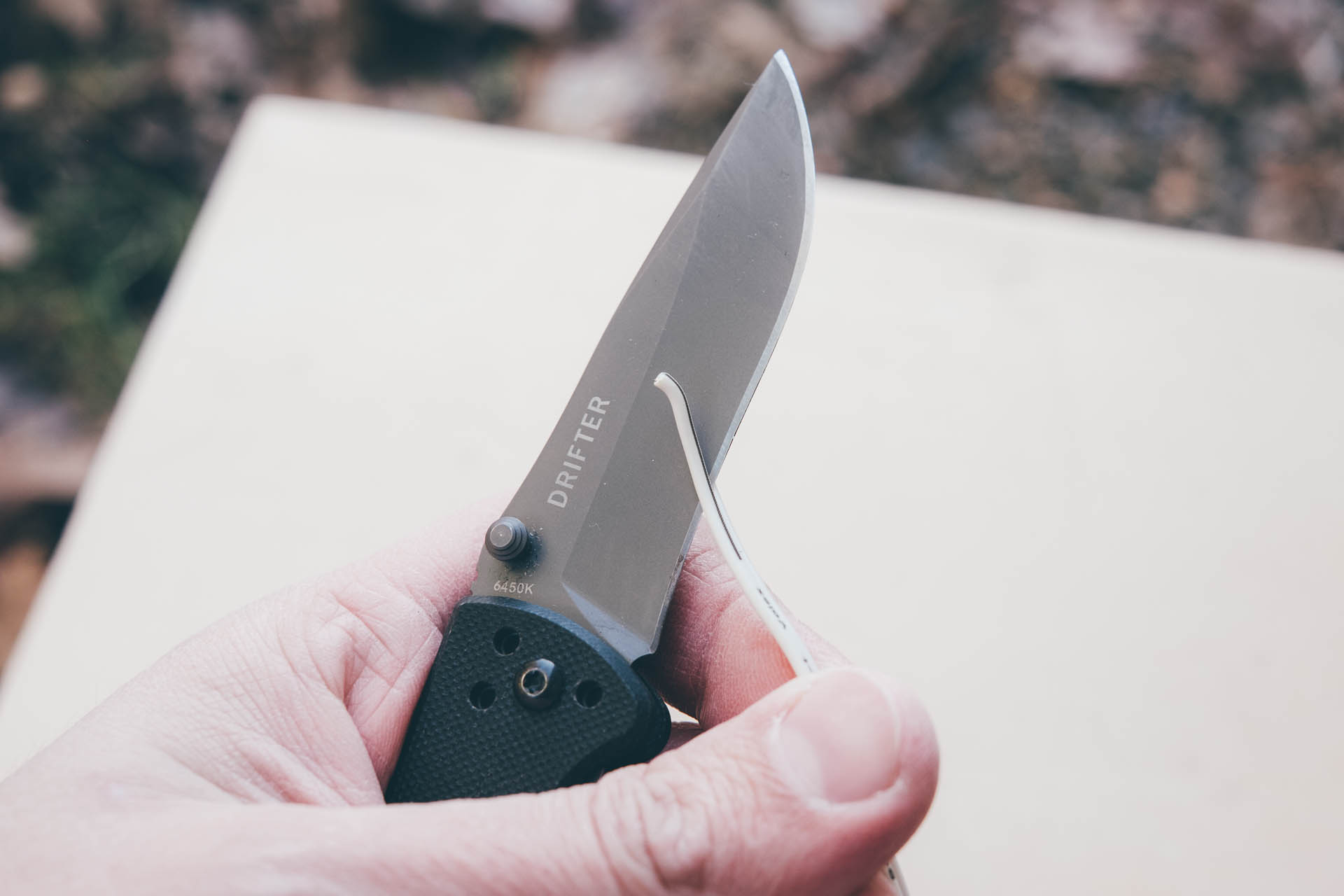 My favorite around-the-house knife is the CRKT Drifter with the G10 handle.

Basically, the same Drifter as above, but with a lighter weight plastic handle, and a satin finish on the blade. It’s lighter and slightly cheaper, so when it gets lost or improperly used by other adults in the house, it is no big deal.

Moreover, it is very discrete — it doesn’t look flashy so people (read: kids) are less likely to notice it. Mostly, I just enjoy having such a light knife to use around the house.

When it comes to yard work, a pocket knife can come in extremely handy. I never go out to do yard work without one and often find myself trimming small branches, or cutting off sucklings in the spring and summer. I even find many uses while digging (cutting sod, or roots), or working with yard tools, for my pocket knife.

There are two things I look for in a good knife for yard work: durability and the ability to be able to open the knife with a gloved hand. A pocket knife will get very little use in your yard if you have to take your gloves off to use it. 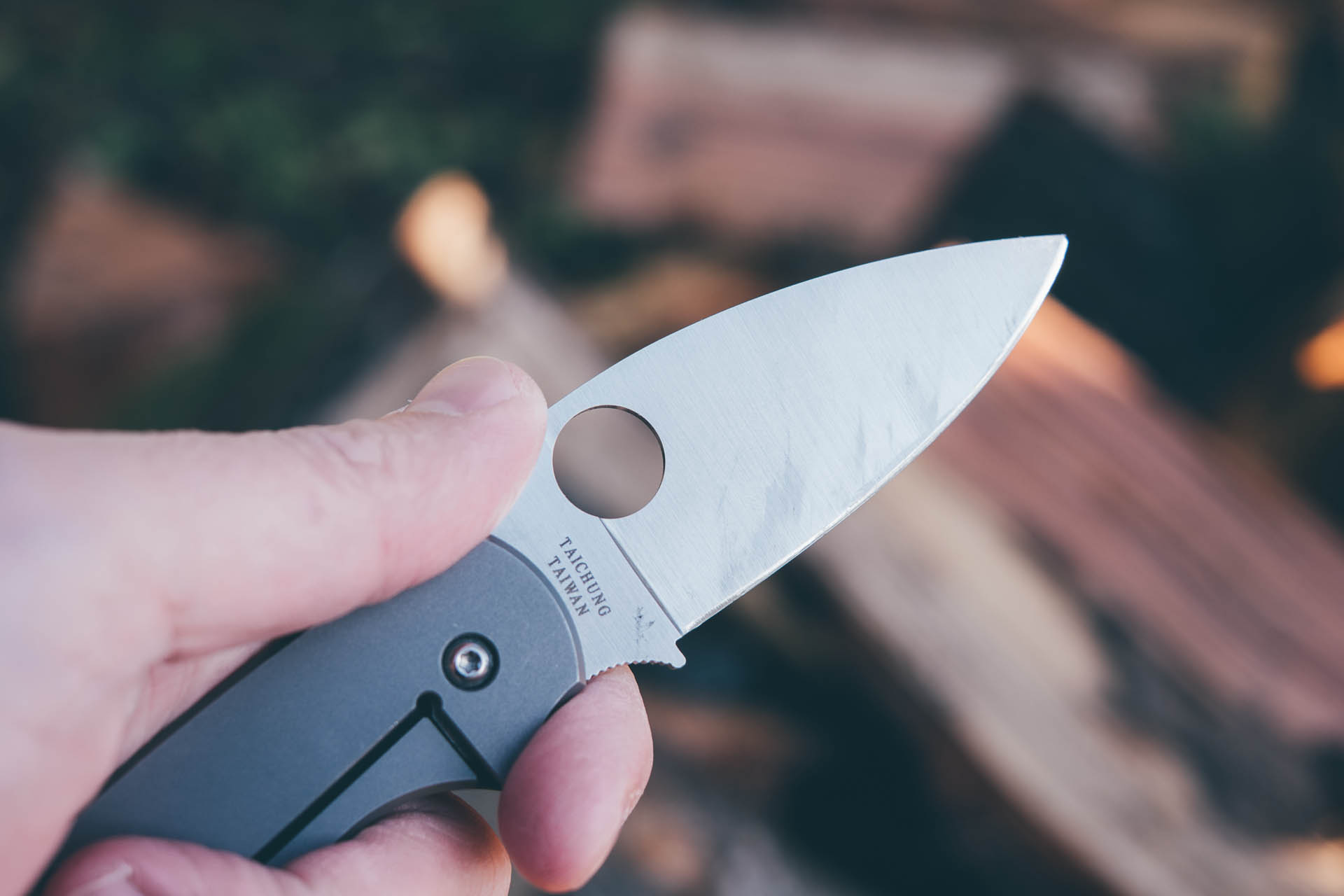 To that end, I use the Spyderco SAGE 2 as my go-to when I am out in the yard. The all titanium body is tough, it has the same excellent steel as the SAGE 1, but it has two important features. 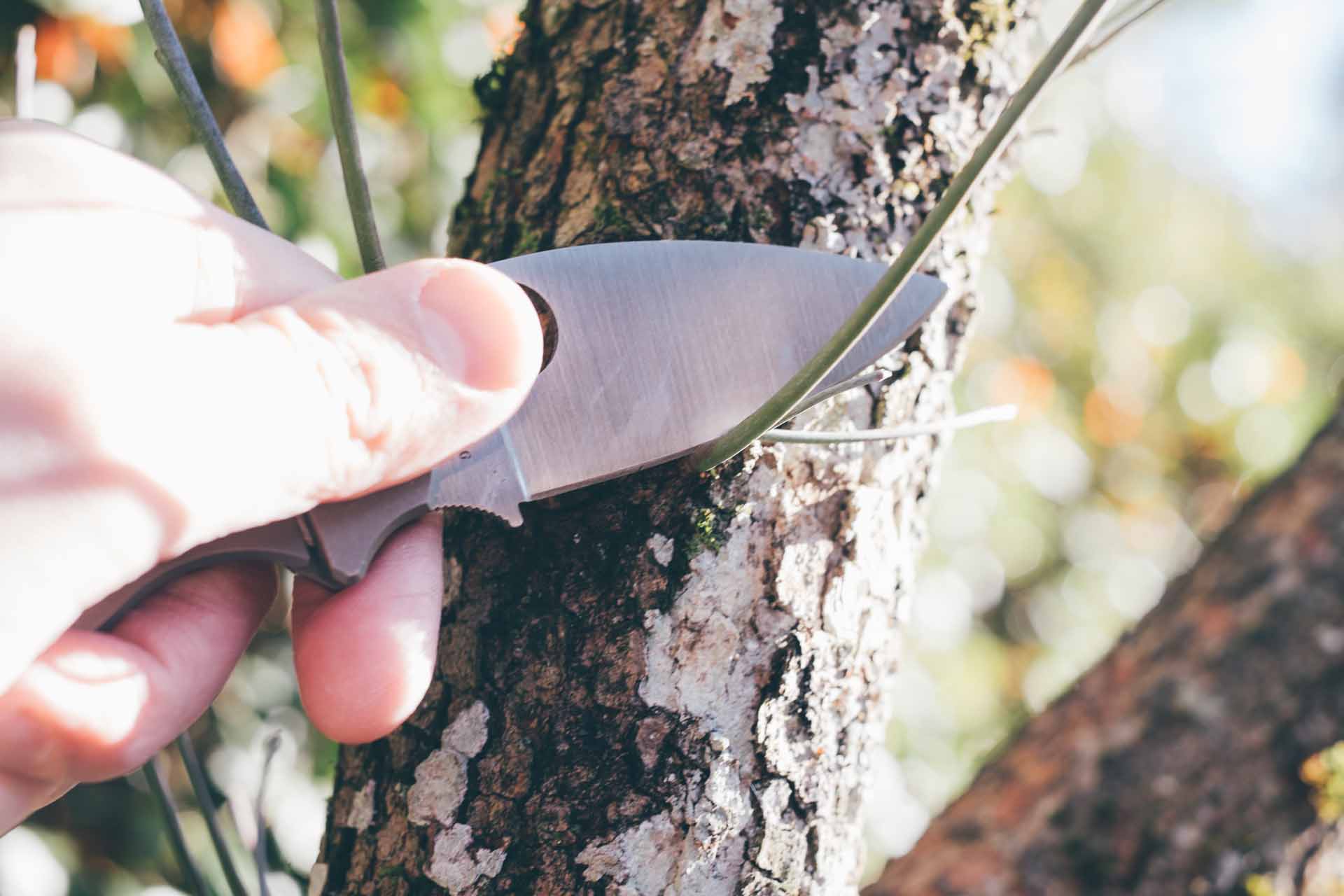 Cutting off a pesky branchling.

The SAGE 2 is a bit pricey ($155) — especially for a ‘yard’ knife — but I stand by the fact that it is an excellent knife, and many may prefer it for an everyday carry as well. 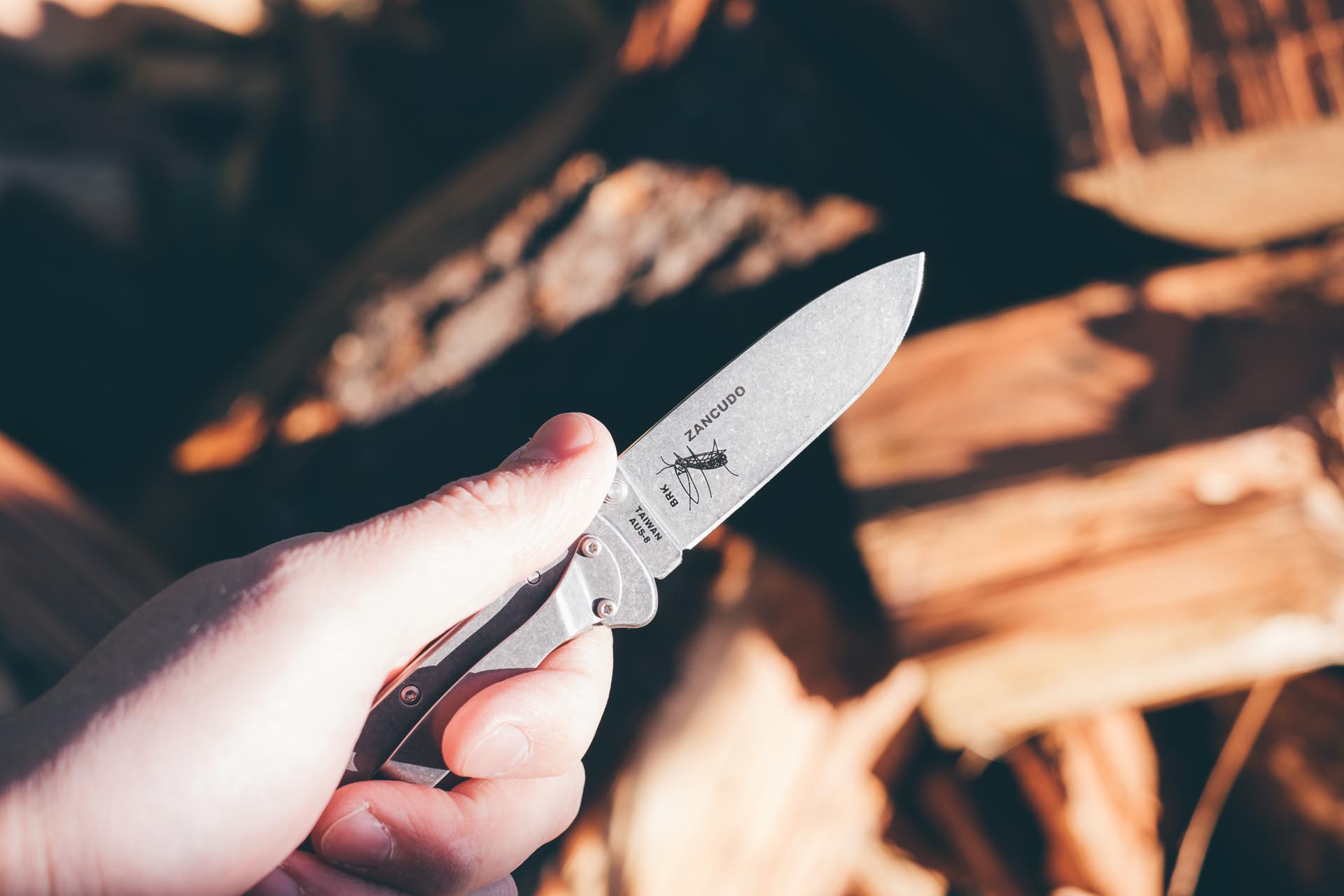 Of course I also have a budget pick to consider here as well. Allow me to introduce you to the Blue River Zancudo. Aside from having a pretty cool name, it is a very solid and inexpensive knife ($33).

It uses the AUS 8 steel, which is a nice middle ground between the high and low ends of steels, and the design retains the frame lock from the Sage 2. 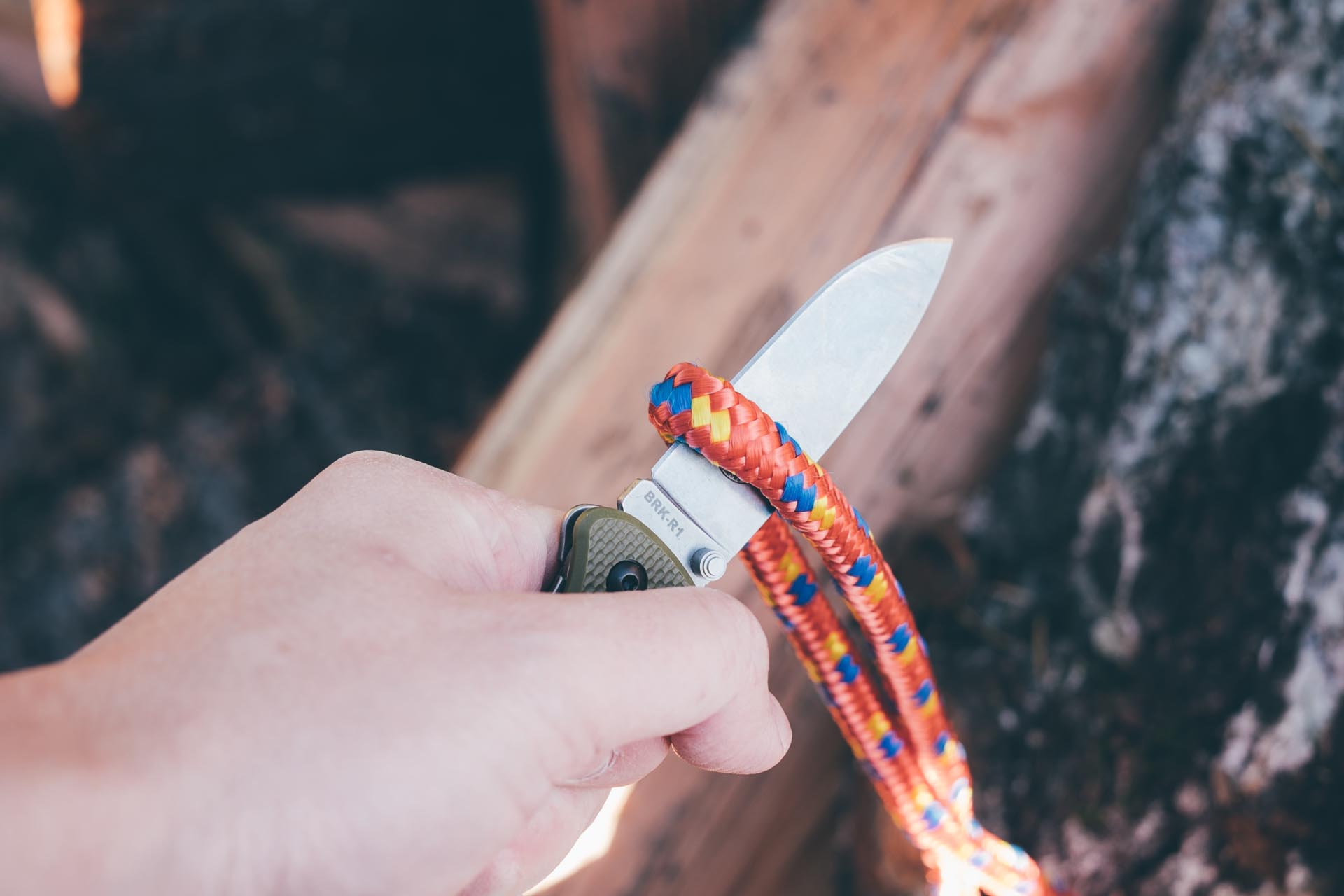 Using the Blue River Zancudo to slice some rope.

The biggest drawback for me — what kept this out of pole position — is the thumb studs for opening the knife. While good, they are harder to operate with gloves on and, at times, hard with bare hands.

That said, the knife is $40, very thin, and very light. It handles itself very well for yard work and is a very solid pick if you are worried about using an expensive knife out in the yard. I also appreciate the stone washing on the blade and the handle as it gives a very nice appearance to the knife.

When I talked about everyday carry knives, I mentioned that I don’t subscribe to the theory that a knife will save your life. And I really don’t — except when it comes to hiking and outdoorsman activities. In those cases, a knife absolutely can — and potentially will — save your life. 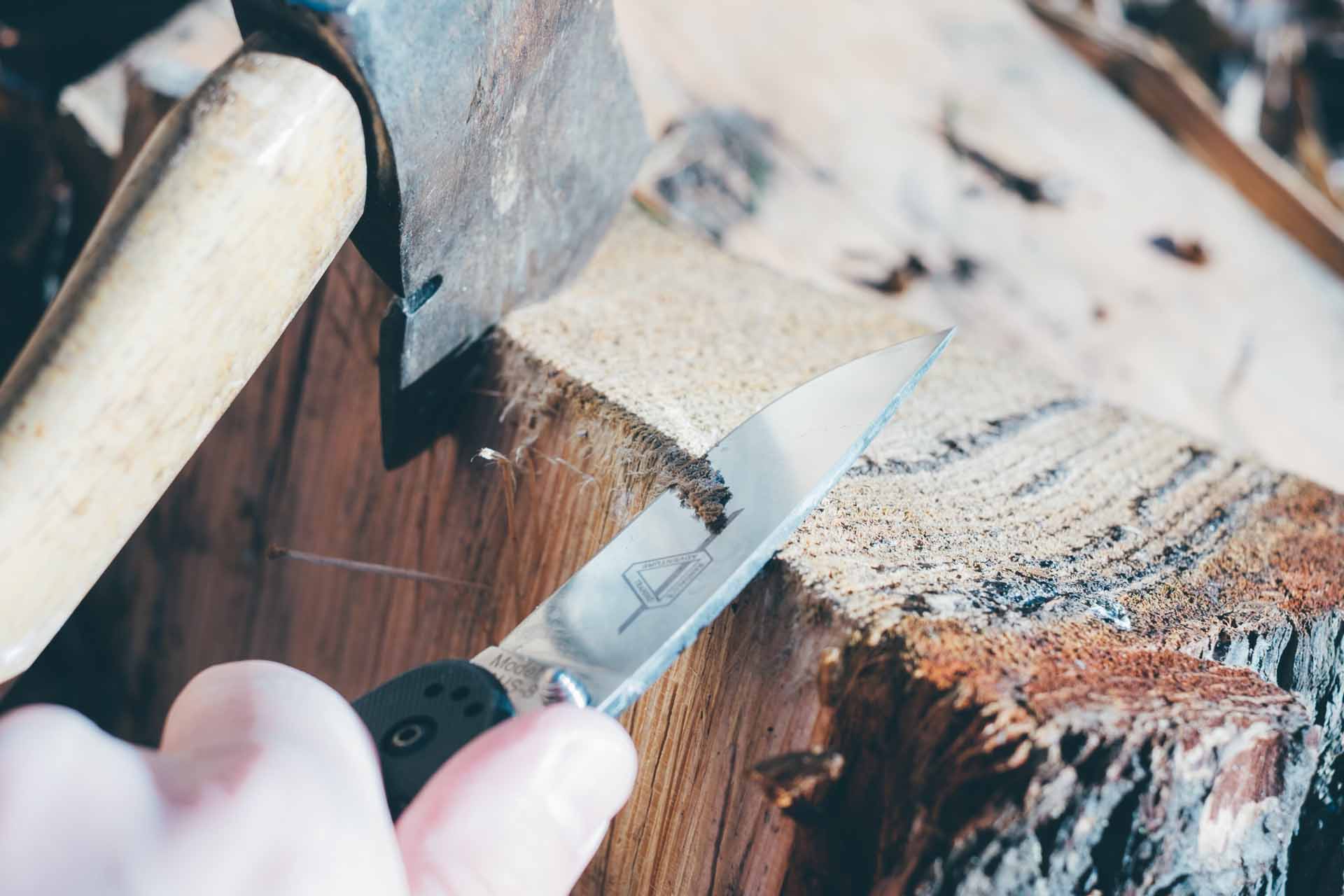 So, it is worth taking the time to pick a really solid knife. And by that I mean something strong and made to work.

My top pick, and the knife I carry with me when I hike, is the Ontario Knives RAT-1. It is a solid, chunky knife. It is bulky and feels like a tank to hold and use. There is nothing nimble about this knife, and when it comes right down to it, that’s exactly what I want from a knife when I am hiking. 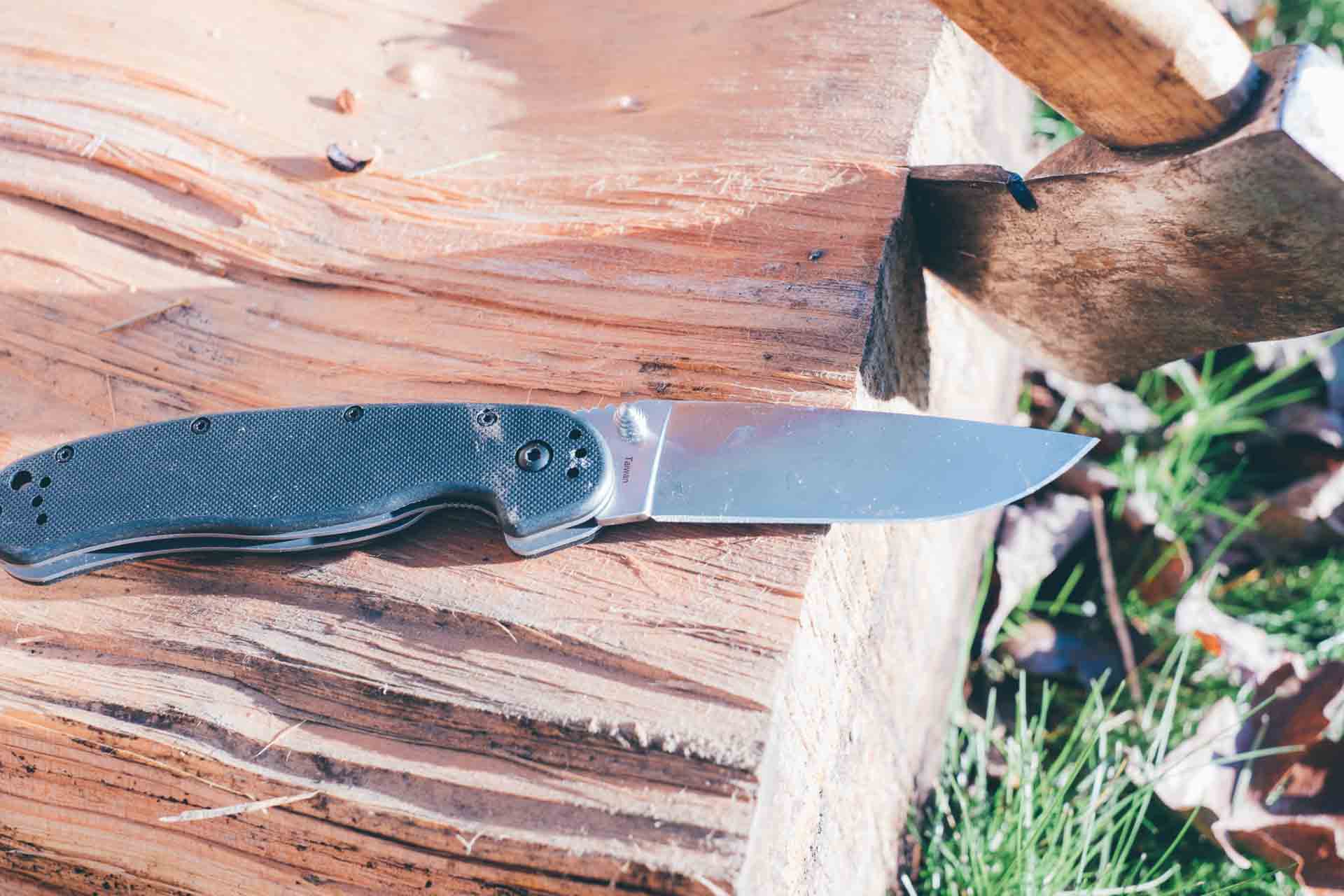 It is a no-nonsense design with nothing flashy about it. The blade is AUS 8 steel — a good middle ground when you need to sharpen in adverse conditions, and, astonishingly, this knife can be had for less than $30.

The fact that there is little style and flash makes this even more compelling of a knife. It is good for carving, cooking, and even battoning when splitting wood.

And at this low of a price you can really beat on the knife without worry, as it is cheap enough to replace.

The biggest problem with the RAT-1 is that the thumb studs make it a harder open than I would like. It is also a pretty heavy knife, so it really is restricted to carrying for a purpose.

Many people like to hike light these days, spending thousands of dollars on ultralight gear, so for that group I have an alternate recommendation: the SOG Trident. 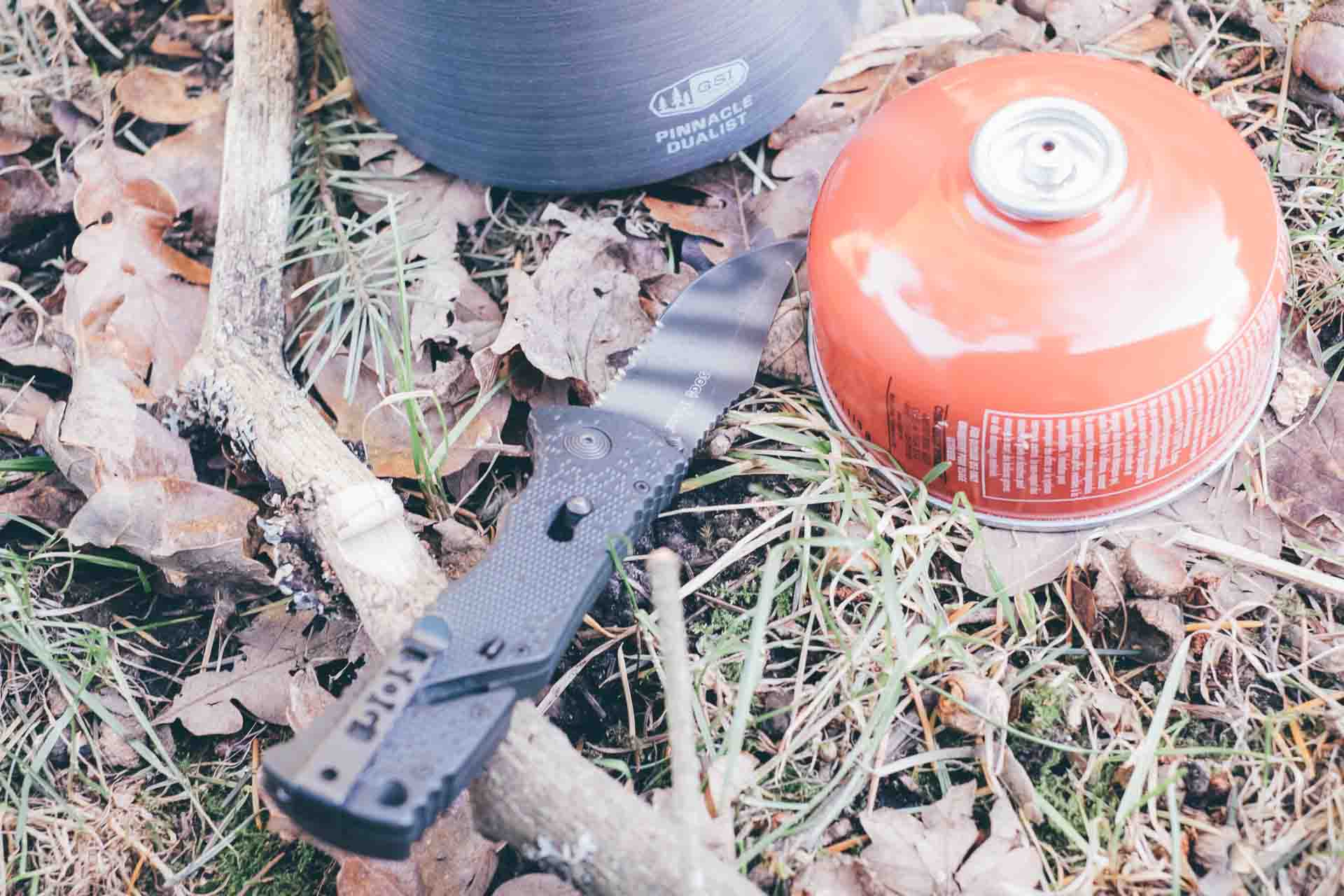 I’ve used a Trident for years while hiking, and the knife has held up very well. It comes in a wide range of configurations and offers a handy notch for quickly slicing small rope or seatbelts.

The frame is all plastic, or polycarbonate as they say, but in over six years of use and abuse I’ve never felt close to breaking this knife. The frame is also very grippy and works extremely well in wet conditions. The blade uses the AUS-8 steel and comes with SOG’s clever assisted opening, so it opens the fastest of any knife in this guide. 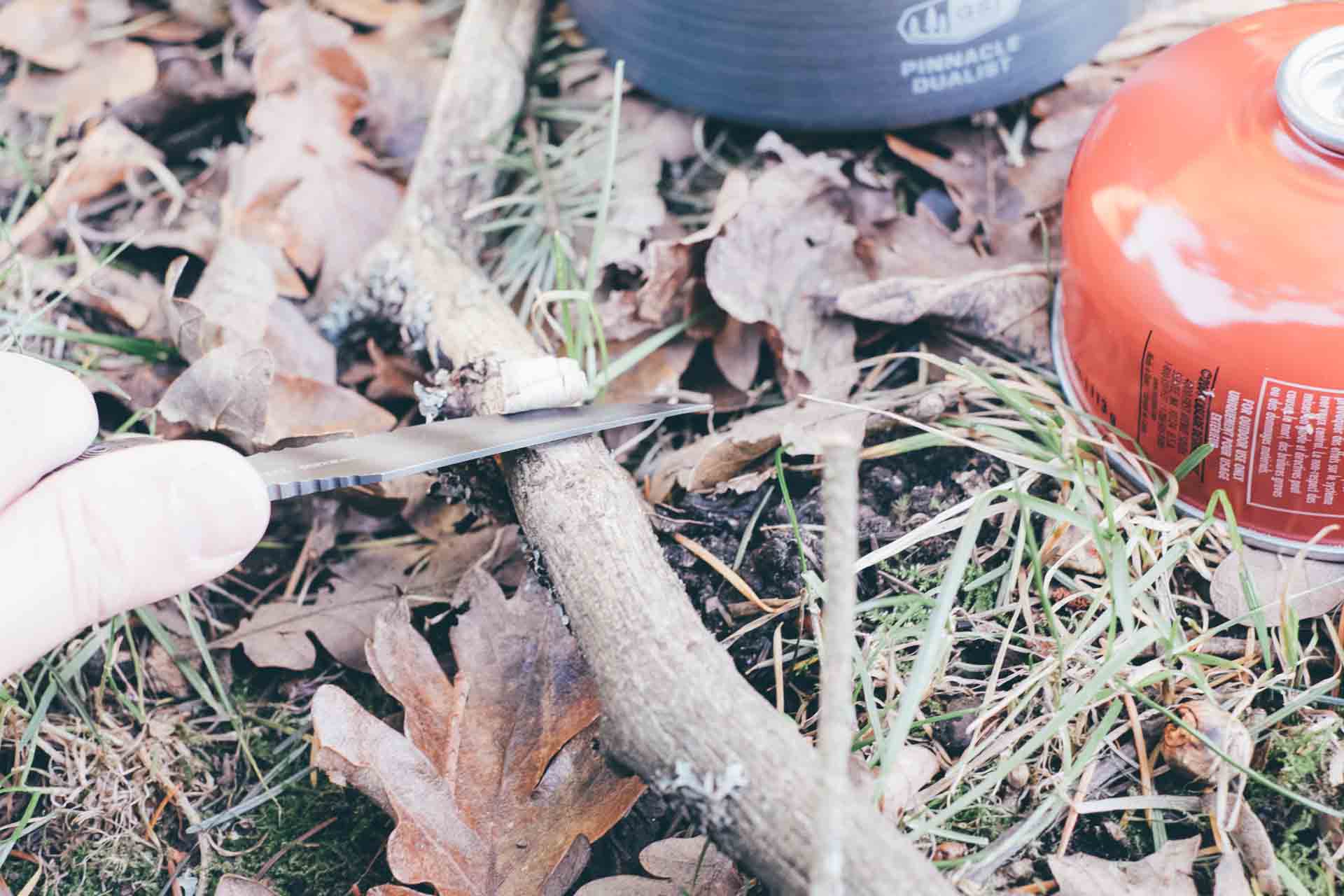 The main reason this knife isn’t my top choice for use outdoors is because of both the looks and price. The SOG Trident is just over $50, and for that I can get a couple knives in this guide. It also has a much more tactical look and feel, something that I am far from concerned about needing when out hiking.

At the end of the day, just because I classified the knife as excelling in one category over another doesn’t mean that any of the picks wouldn’t excel in another section. You could just as easily take the Sage 1 hiking as you could carry the RAT-1 every day.

Which takes me back to what I said at the beginning. This is just a guide, and picking a good knife depends as much on the person using the knife as it does on the knife itself. So pick the knife that appeals the most to you visually, as that’s the knife you are mostly like to use more, and thus get the best use out of.

Or, you could just buy them all. 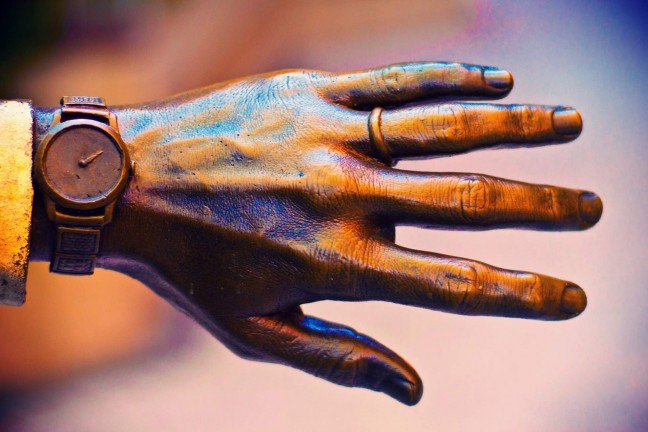 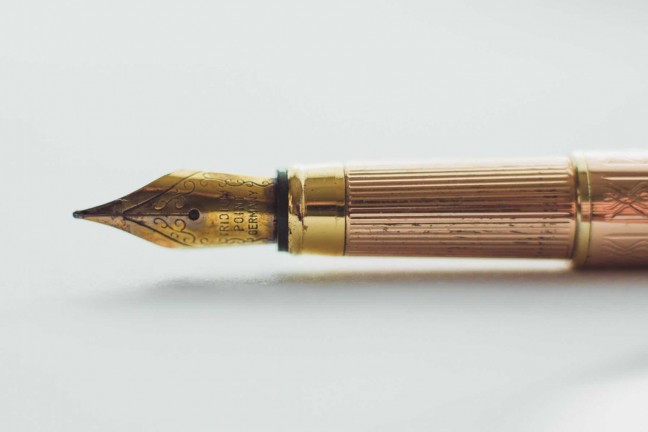 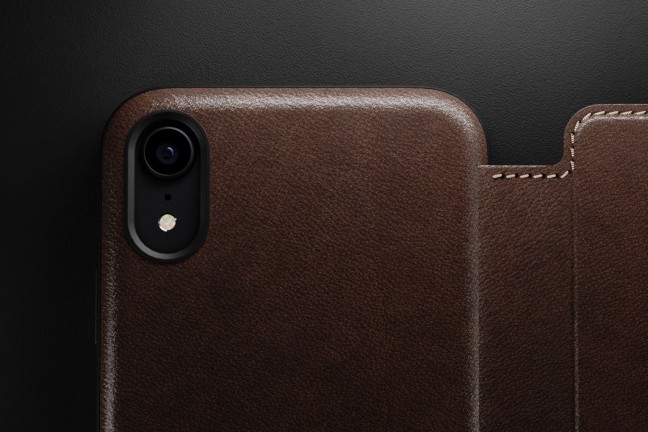 A Selection of Awesome Cases for iPhone XS and XR