We might’ve missed our chance last year to put together our annual list of offbeat gifts, but we couldn’t possibly let such an opportunity pass us by {Godfather voice} in this, the strangest year in recent memory.

It’s not going to be nearly as unhinged as that NYT Style gift guide from last week, but hopefully you’ll find something below that’s fun and/or useful. 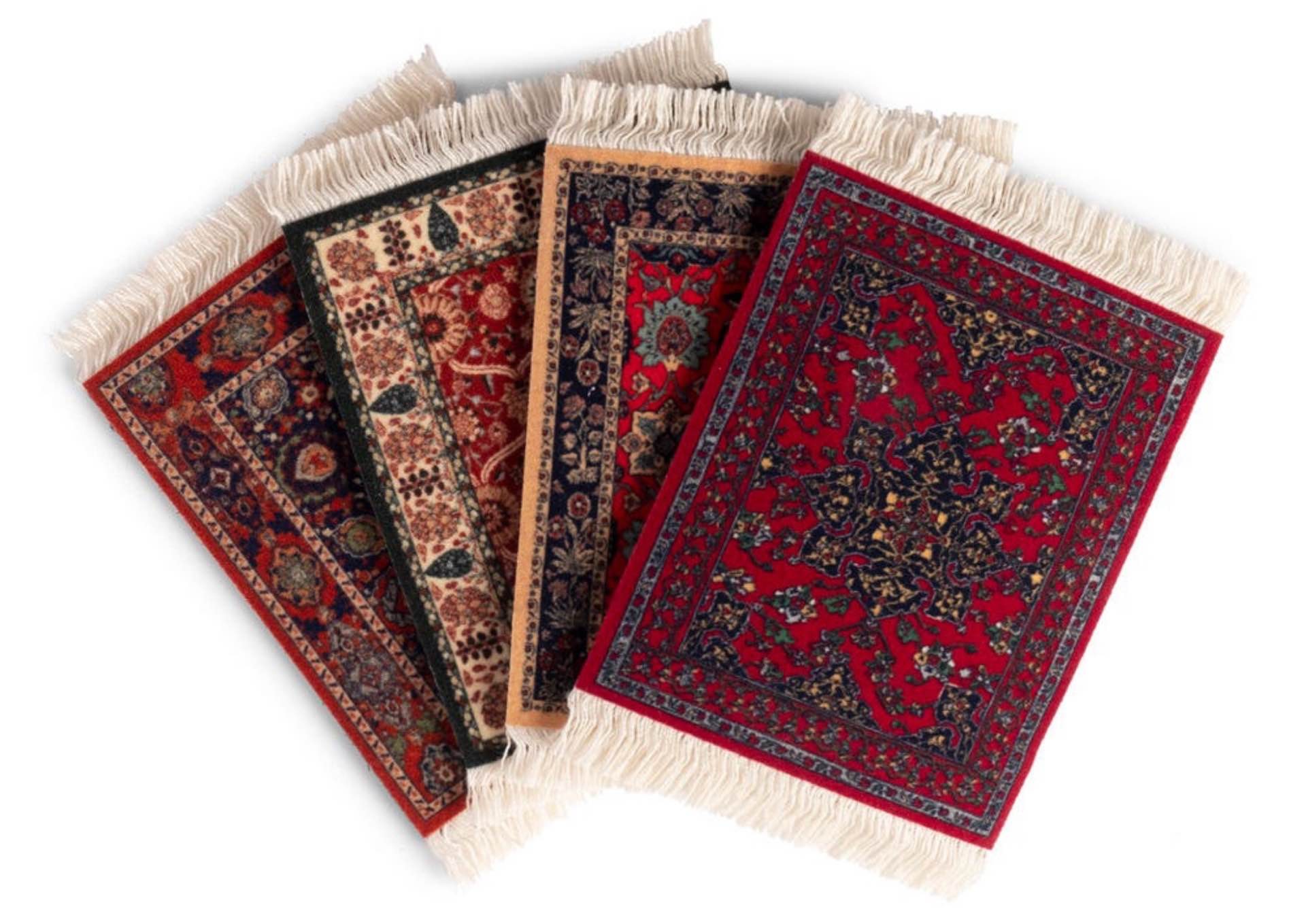 This particular set replicates carpets featured in The Met’s Islamic Art collection, so not only do they make your drinking-and-setting-the-cup-down experience feel somehow ~fancier~, they literally add culture to your home too.

We haven’t featured Tattly’s awesome temporary tattoos nearly enough on T&T, which is a real shame because they’re so much better than those things you get out of the quarter machines. They’re designed by professional artists (who get a cut of every sale) to be fun for all ages, they’re printed with vegetable-based ink to be safe and non-toxic, and they’re even waterproof.

Start with their full sets to get an idea of what they offer but also dig around elsewhere on their site for other special designs and smaller packs. Even their 404 page leads to a “hidden” tattoo 😉 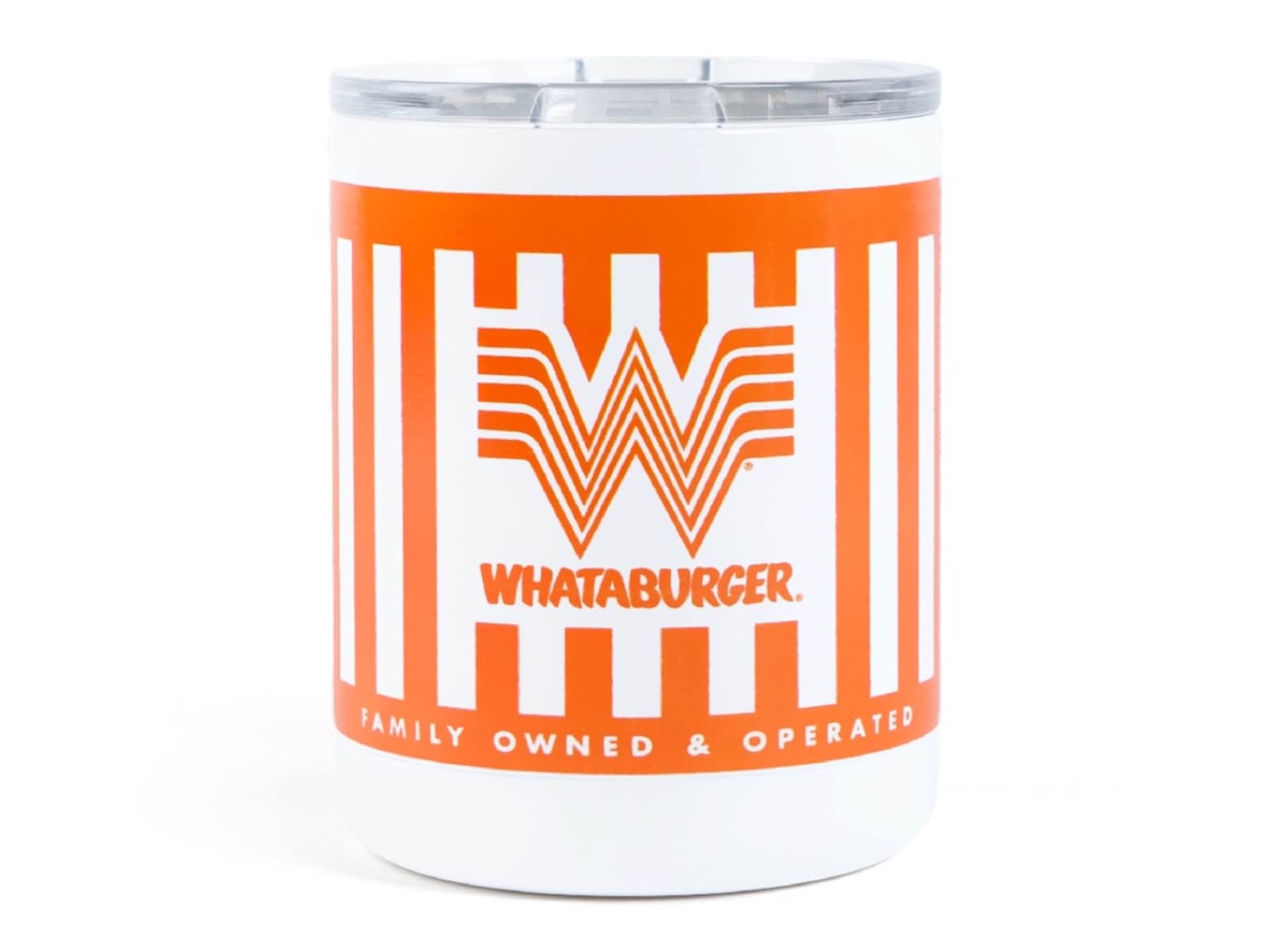 Is a 10-ounce YETI Rambler mug that looks like a Whataburger cup an oddly specific sort of gift? Yes. Will it go over well with whoever you’re giving it to? …Sure? Maybe?

Like any YETI Rambler, this is a vacuum-insulated stainless steel tumbler that’ll keep cold drinks cold and hot drinks hot for as long as science allows, so if nothing else, they’re getting a great mug outta the deal. 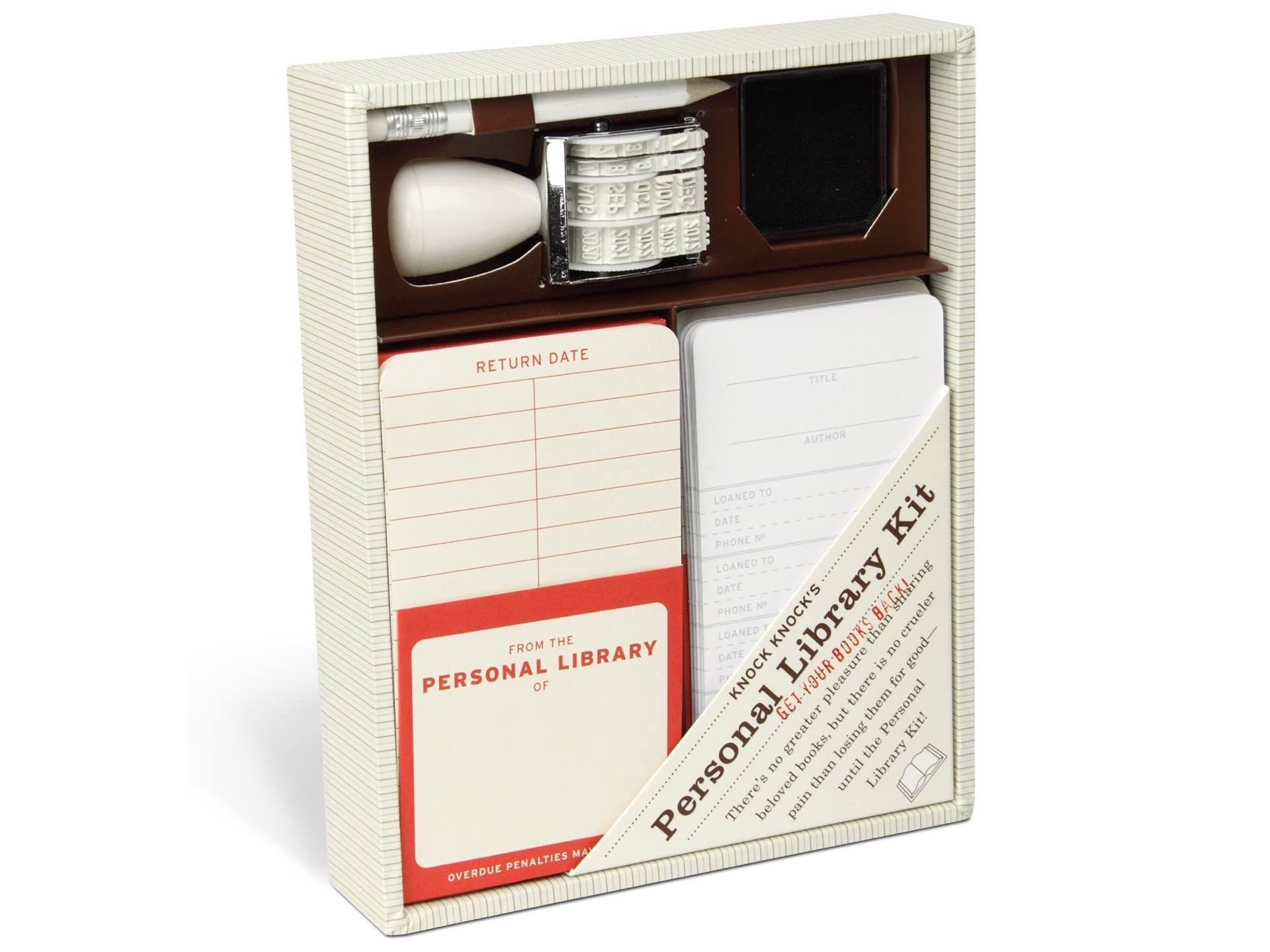 If you’re the type of person who often loans out books to friends and family — a commendable public service, so thank you! — Knock Knock’s Personal Library Kit is a clever little way to make your lendings feel like the real deal.

It comes with 20 self-adhesive pockets and “checkout” cards for recording loans and borrower info, a pencil for writing those things down, and an inkpad + date stamp to gently remind borrowers when your precious volumes are due for return. 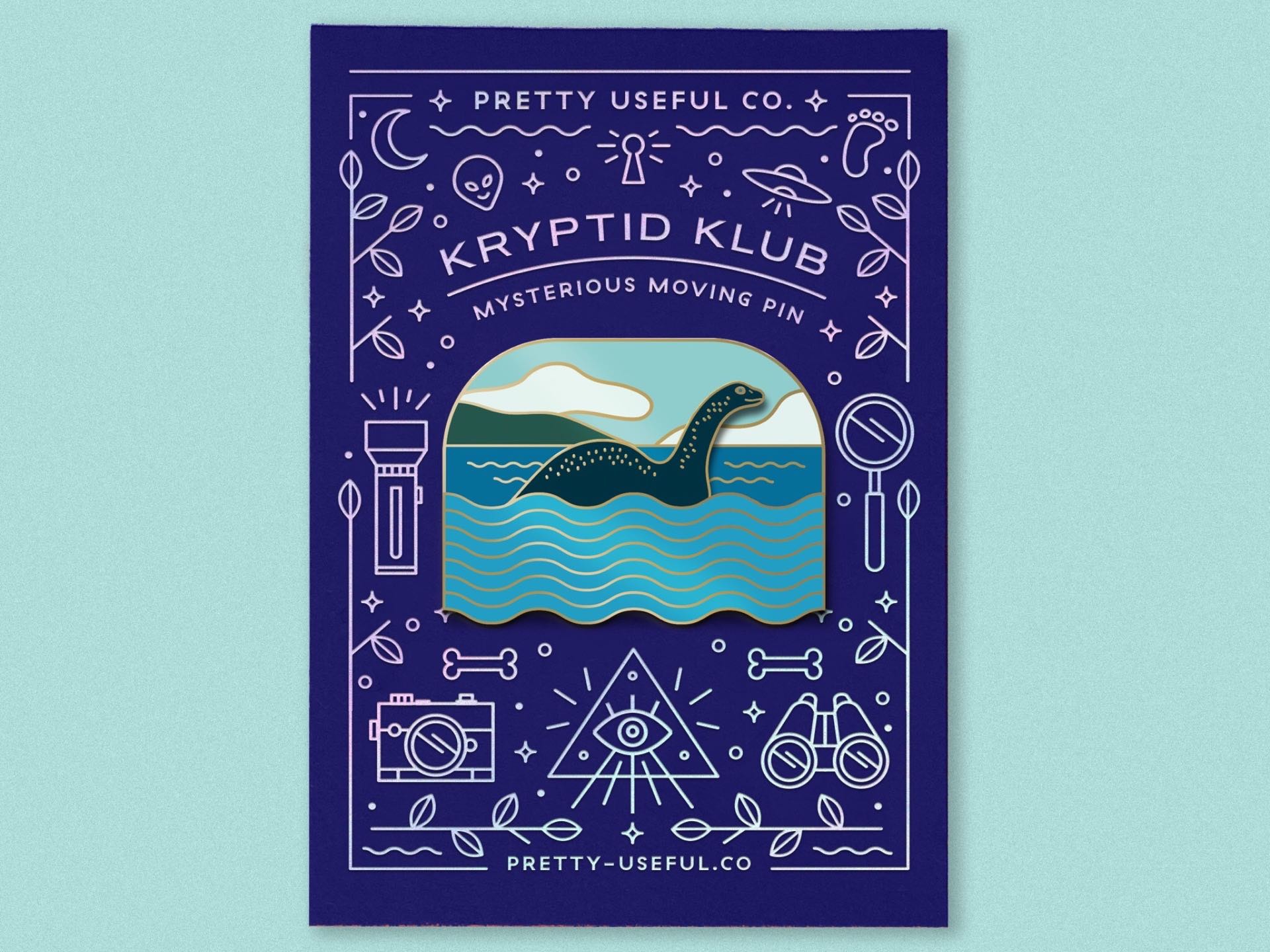 This three-layer hard enamel pin from Pretty Useful Co. — who you may remember from their “Ride or Die” D20 spinner pin — lets you slide “Nessie” up from behind the waves by pushing her up from beneath.

Right at the center of the Venn diagram between “Loves Cooking” and “Loves Pie Charts” comes this set of four measuring cups, the shapes of which represent whatever fraction they are — e.g. 1 cup is a full circle, ½ cup is a semicircle, etc.

They’re 1) made from BPA-free plastic and are dishwasher safe, 2) can work well for legally blind people, 3) could probably be used to teach kids basic fractions, 4) make a great novelty gift besides, and 5) yes, they do stack together. 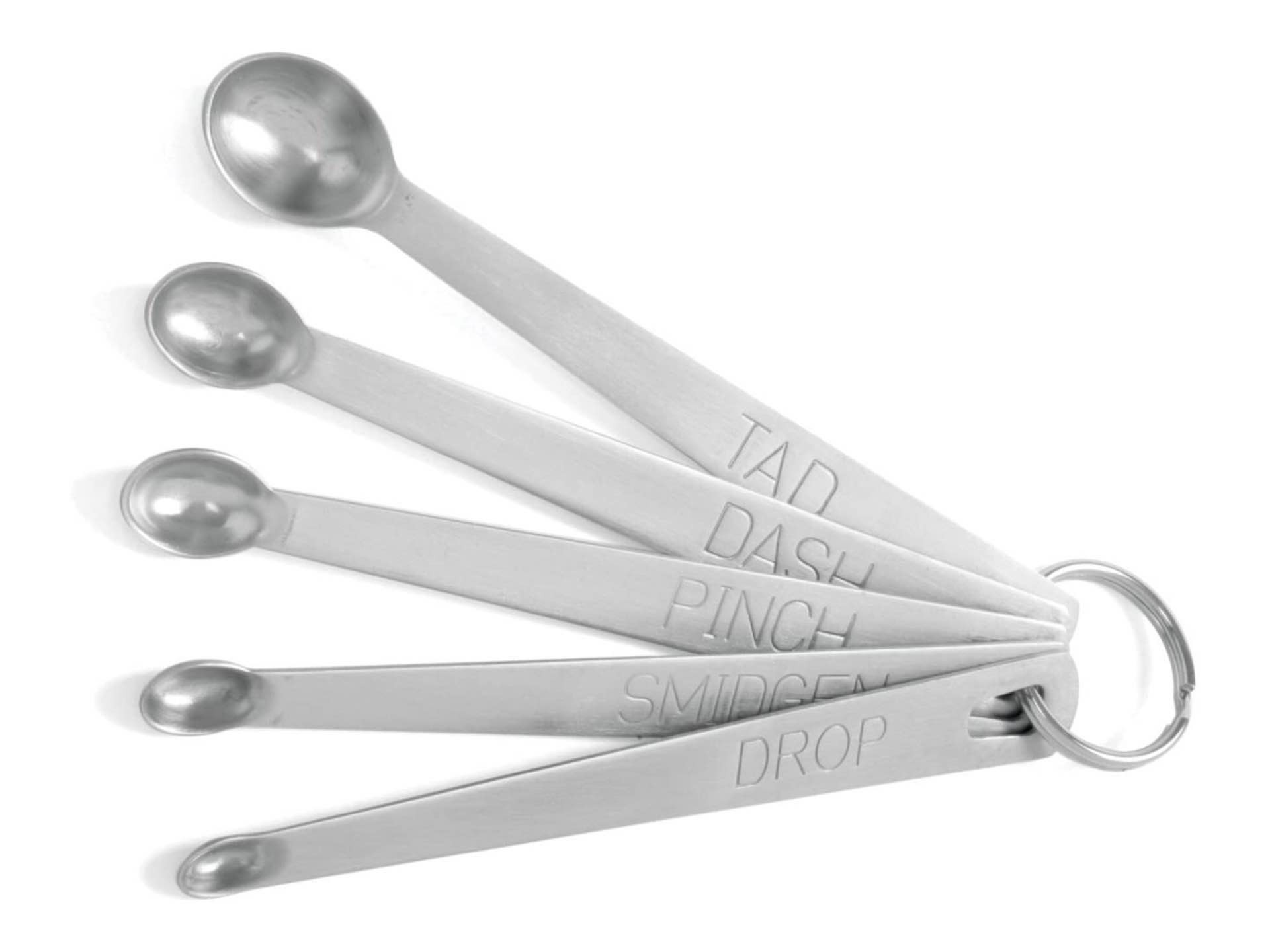 Imagine it: You gift these silly measuring spoons to your frenemy, or that one cousin you’ve had a longstanding prank war with, or if you’re feeling mean enough, your sweet old grandma. Whoever it is, you know they’re going to need a measuring spoon one day, and eventually they’re going to pull this set out of the kitchen drawer, thinking they’re the real deal.

Maybe they never looked closely enough at the “measurement” markings. Maybe they did notice and scoffed, then forgot about it after putting them away. The point is, one day you’ll faintly hear your name being cursed on the wind, and you’ll smile wickedly to yourself, knowing the deed was done. 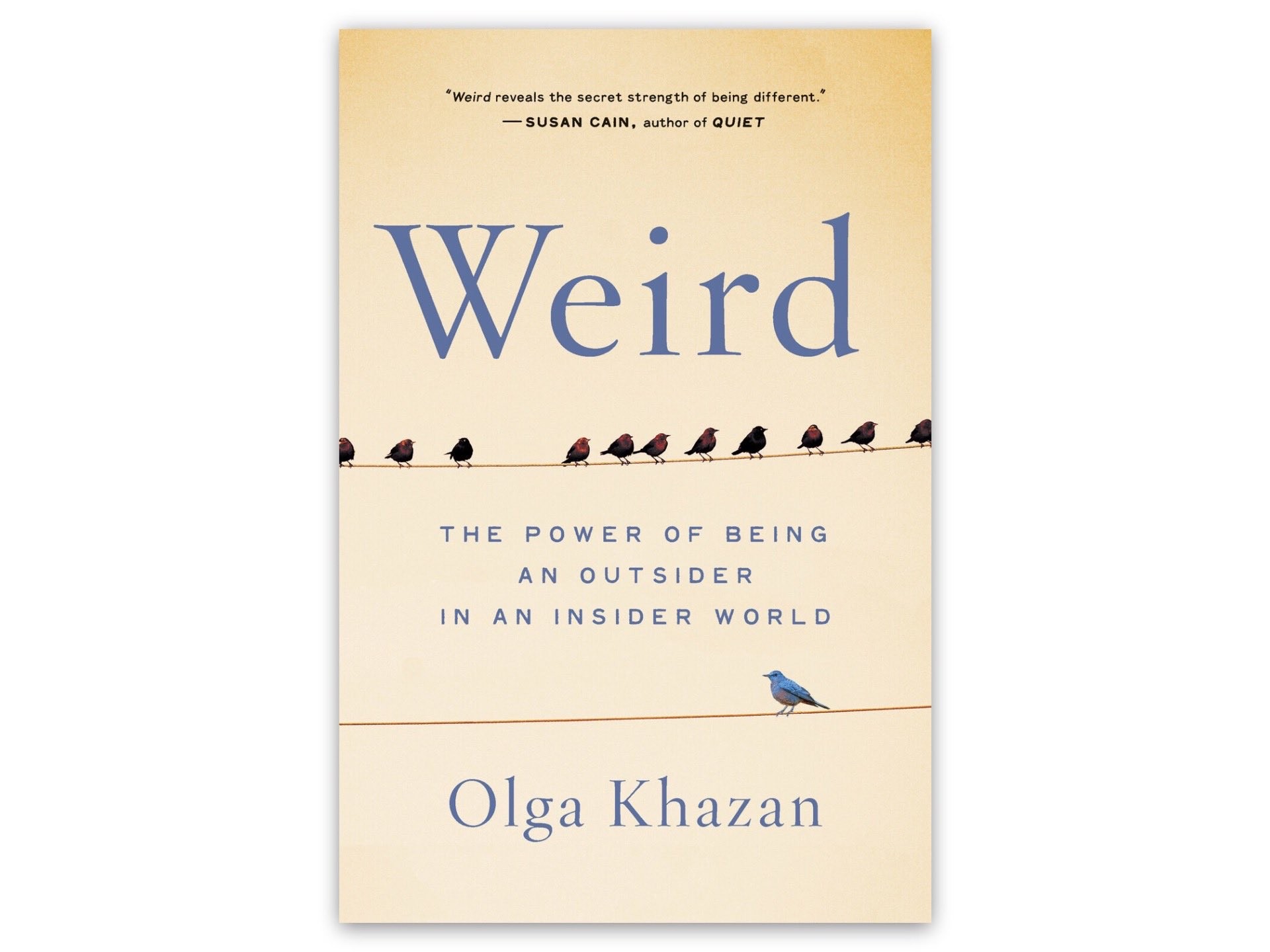 Feeling like an outsider at times is part and parcel of the human condition, and it’s something we all have to deal with in one form or another.

Olga Khazan’s Weird: The Power of Being an Outsider in an Insider World is all about the surprising strength that comes from embracing your own…well, weirdness. The primary thrust of the book is essentially one question: Is being “weird” really such a bad thing? (I’m sure you can guess her conclusion.)

The people interviewed for the book managed to find insights in their own “otherness,” turning those things into advantages that helped them triumph in the face of adversity. There’s no reason you can’t do the same. 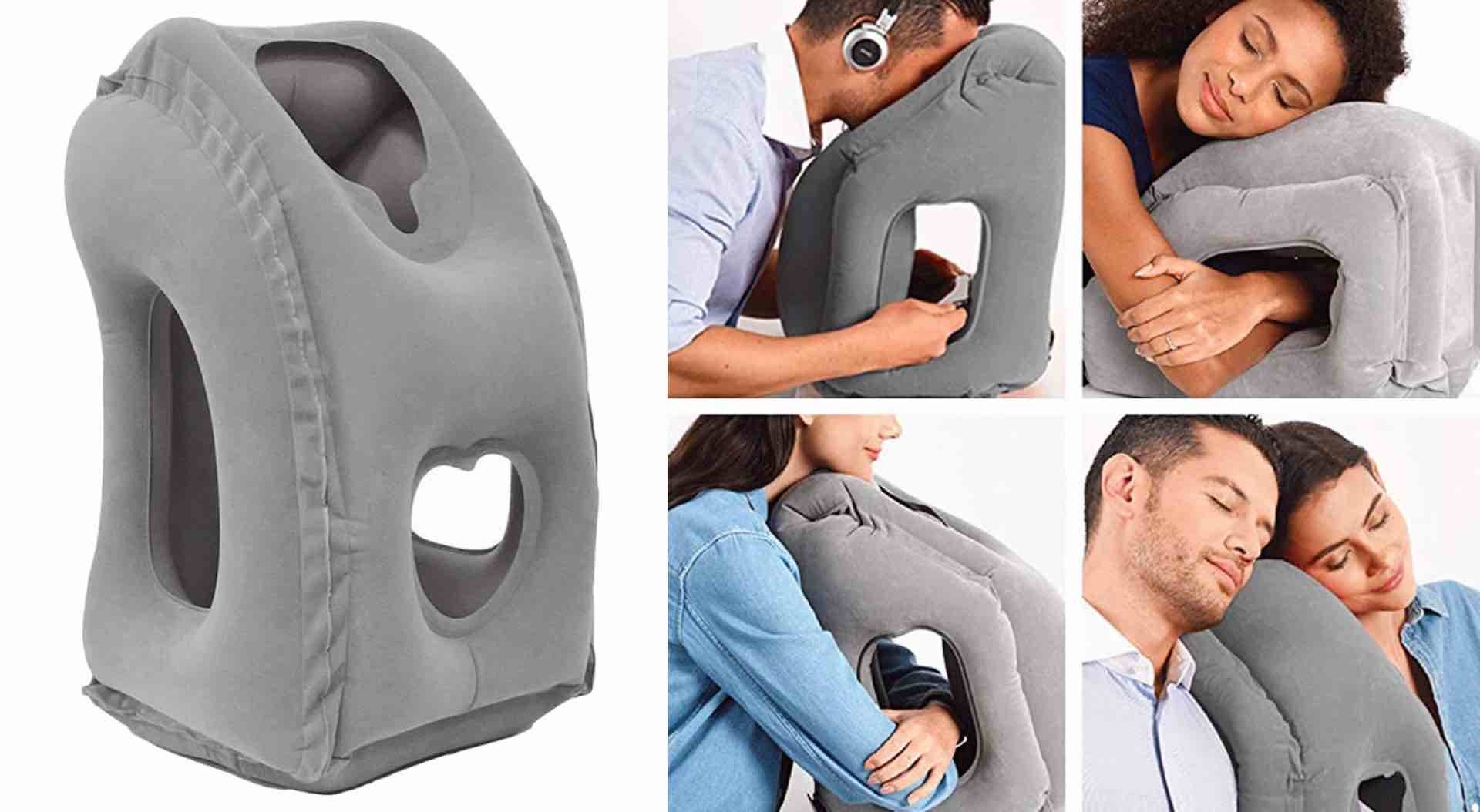 Still having to do a lot of long-distance travel for work? There’s no better way to get some decent sleep on the way and signal to others that you’re not to be disturbed than with this inflatable travel pillow.

Even when you’re not sleeping, you can put some headphones on, set your phone inside the arm tube thing, and have yourself a private movie watching experience. 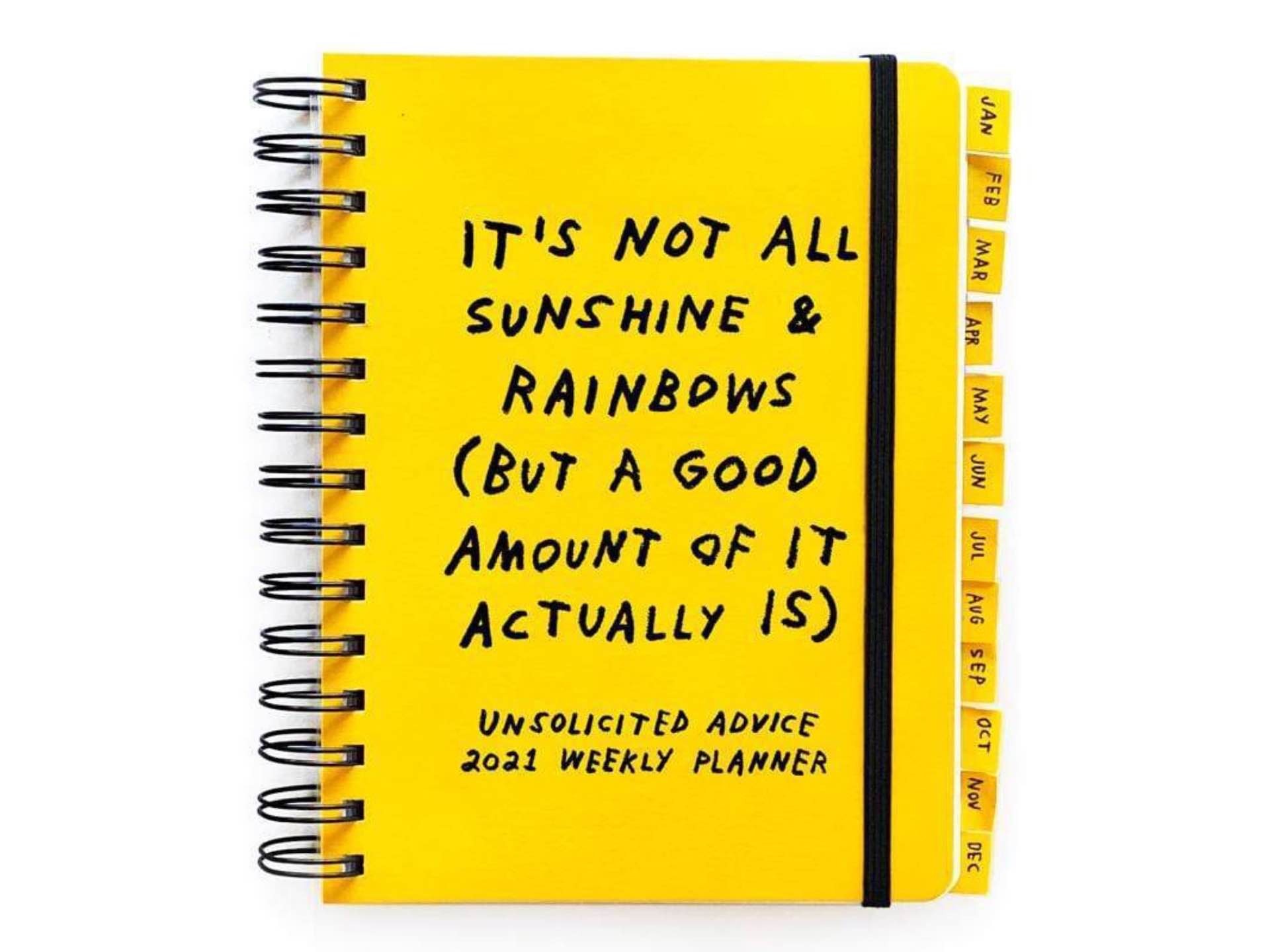 Adam J. Kurtz’s 10th annual “Unsolicited Advice” planner is quite unlike any planner you’ve ever used before. Sure, it’s got the usual Jan–Dec planning stuff you’d expect, but then it’s also got a bunch of…less-than-normal stuff. We’re talking fake holidays, silly jokes and illustrations, etc.

Everyone who buys one of these things is always gushing about the love and detail Kurtz pours into these planners each year. 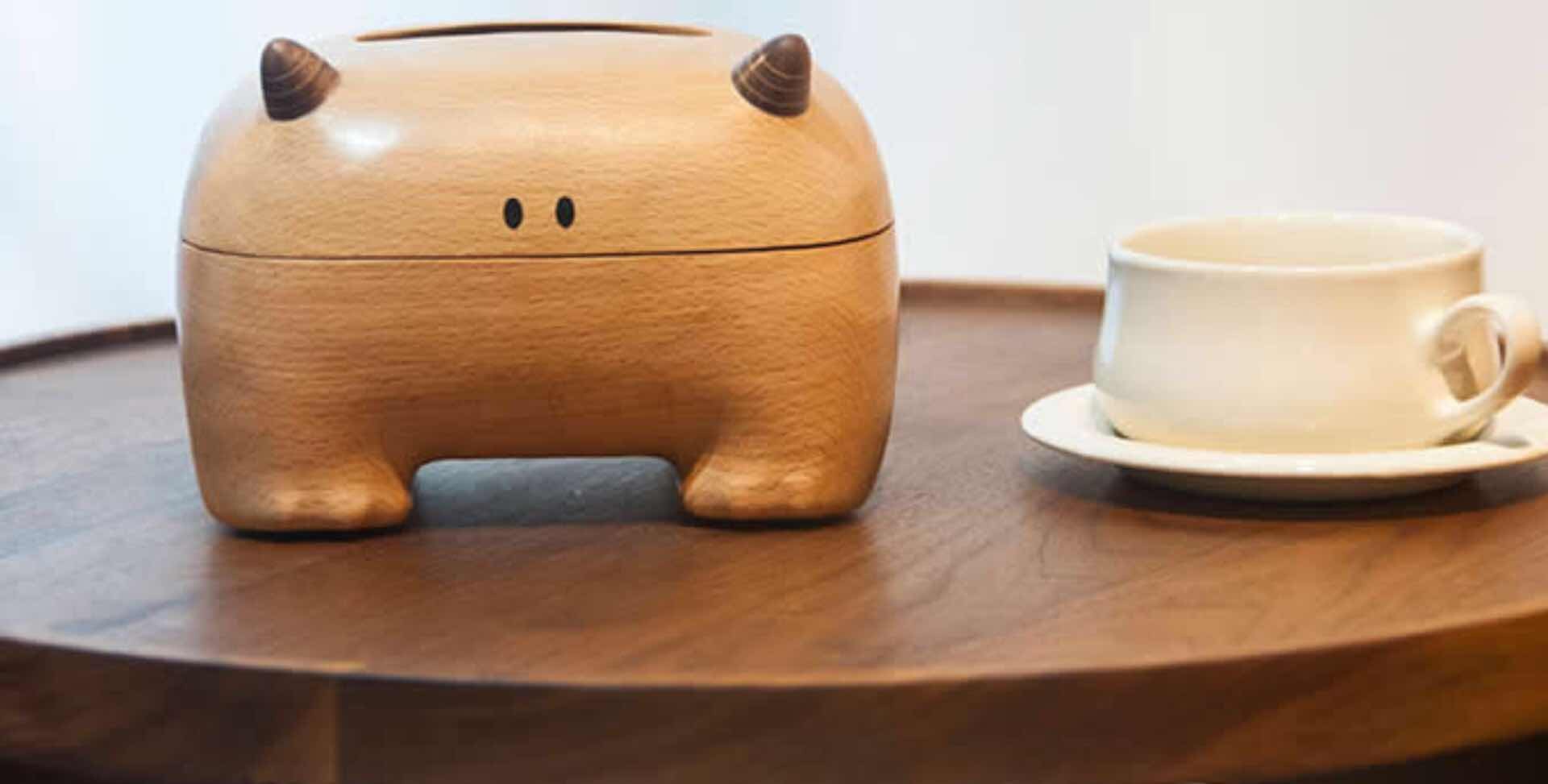 A lot of items in this guide serve a real, actual purpose, while others are just something you’d love to have in your home for no other reason than you like looking at them.

This monster-shaped tissue box made from beech wood falls into the latter camp. 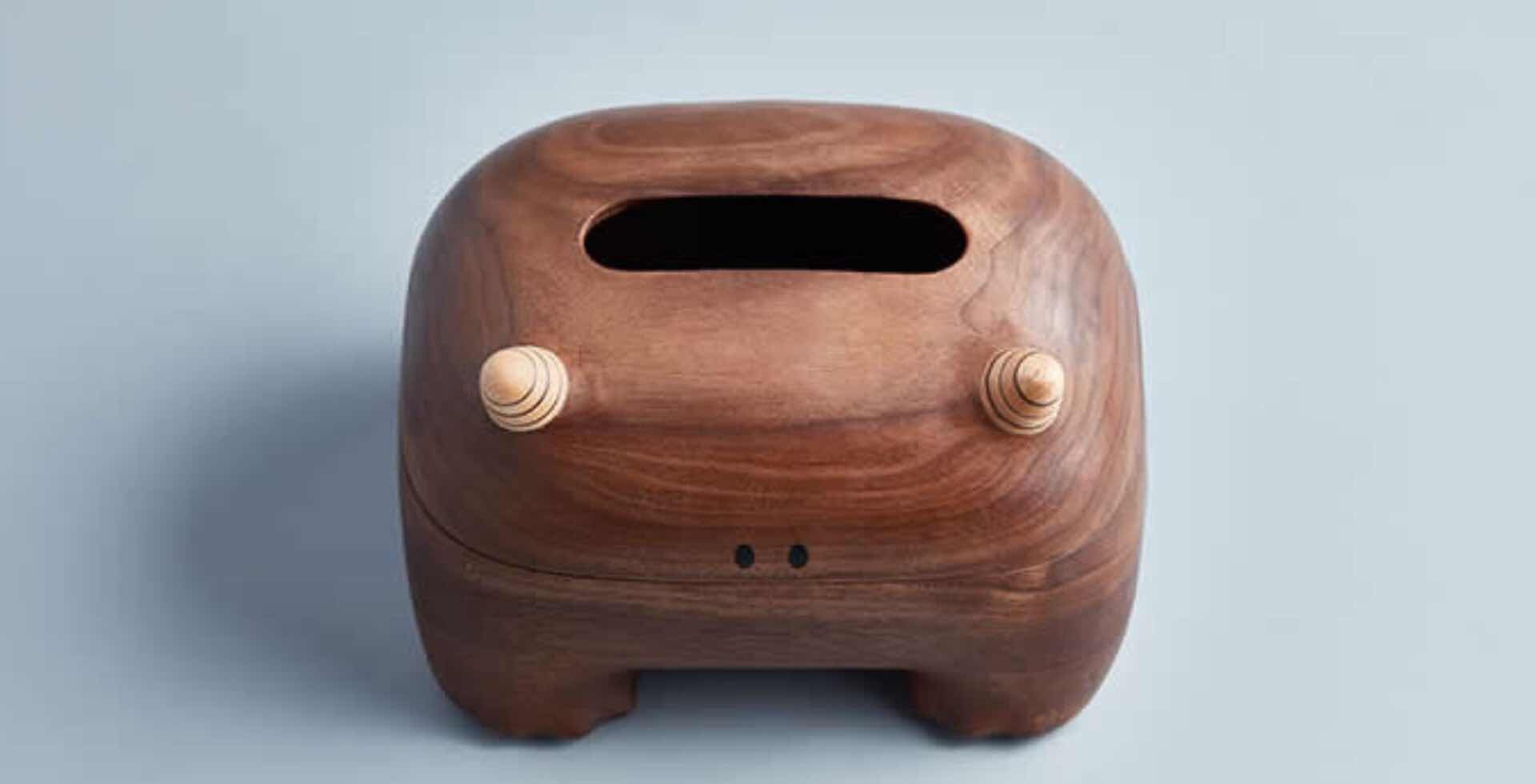 C’mon, how cute is that lil’ fella?! Pricy, yes, but adorable enough that we don’t care. 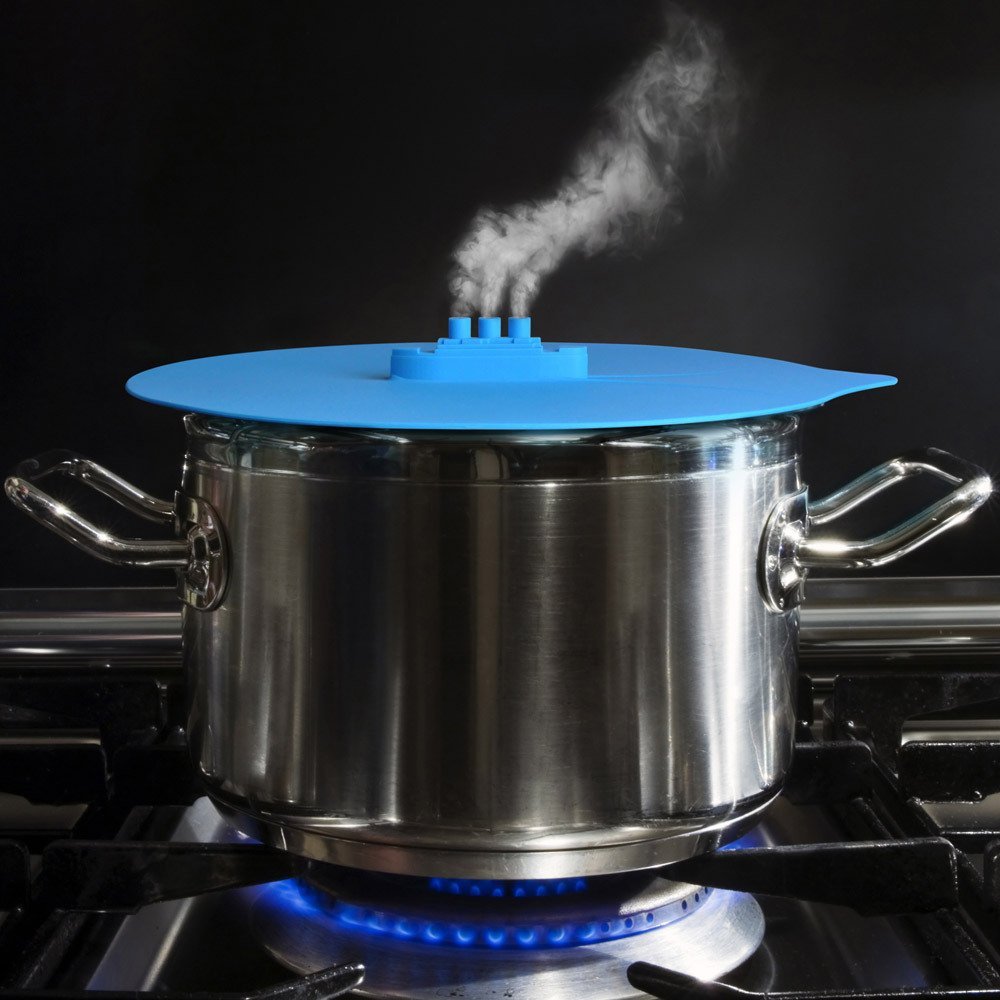 Made from heavy duty food-safe silicone, each of the three lids — with diameters measuring 5.6″, 8″, and 10″ respectively — features a little steam boat in the middle, the “funnels” of which are simply steam holes to let out just enough steam to prevent pots and microwave bowls from boiling over while cooking.

The smokestack effect this creates is cute, and the lids work quite well for jobs like steaming veggies, reheating leftover chili, covering a skillet while frying eggs, etc. 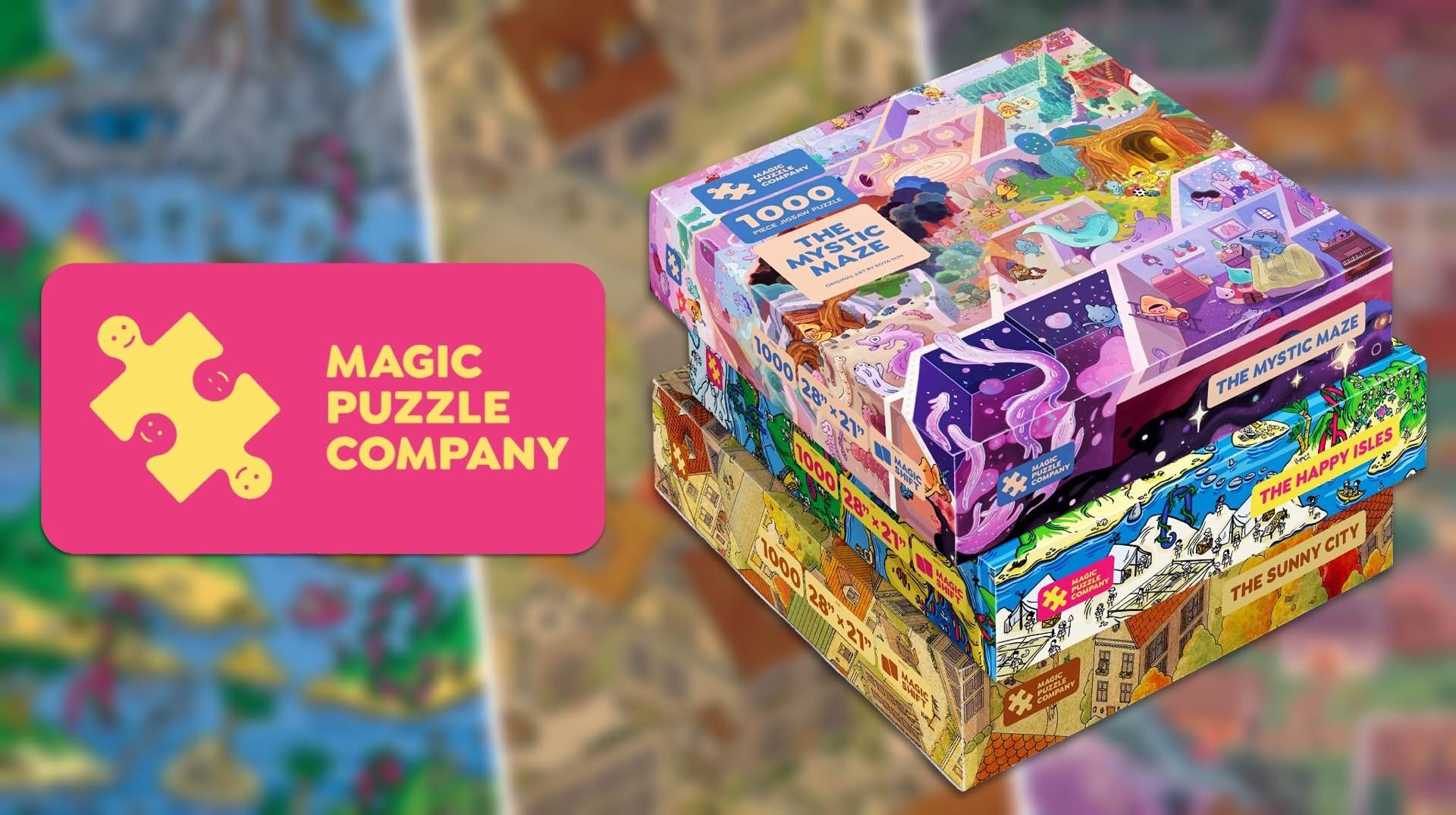 The three 1,000-piece puzzles in this collection were respectively illustrated by indie artists Sarah Becan, Boya Sun, and Felicia Chiao. In that order, they are:

Each one is a work of art and self-contained story in its own right, loaded with dozens of Easter eggs and tiny details that can be enjoyed even at the individual-piece level — but the real cool part comes when you complete a puzzle, revealing a ✨secret surprise✨ using techniques from optical illusions and magic.

That’s right, these are jigsaw puzzles with twist endings. Definitely not something you come across every day. 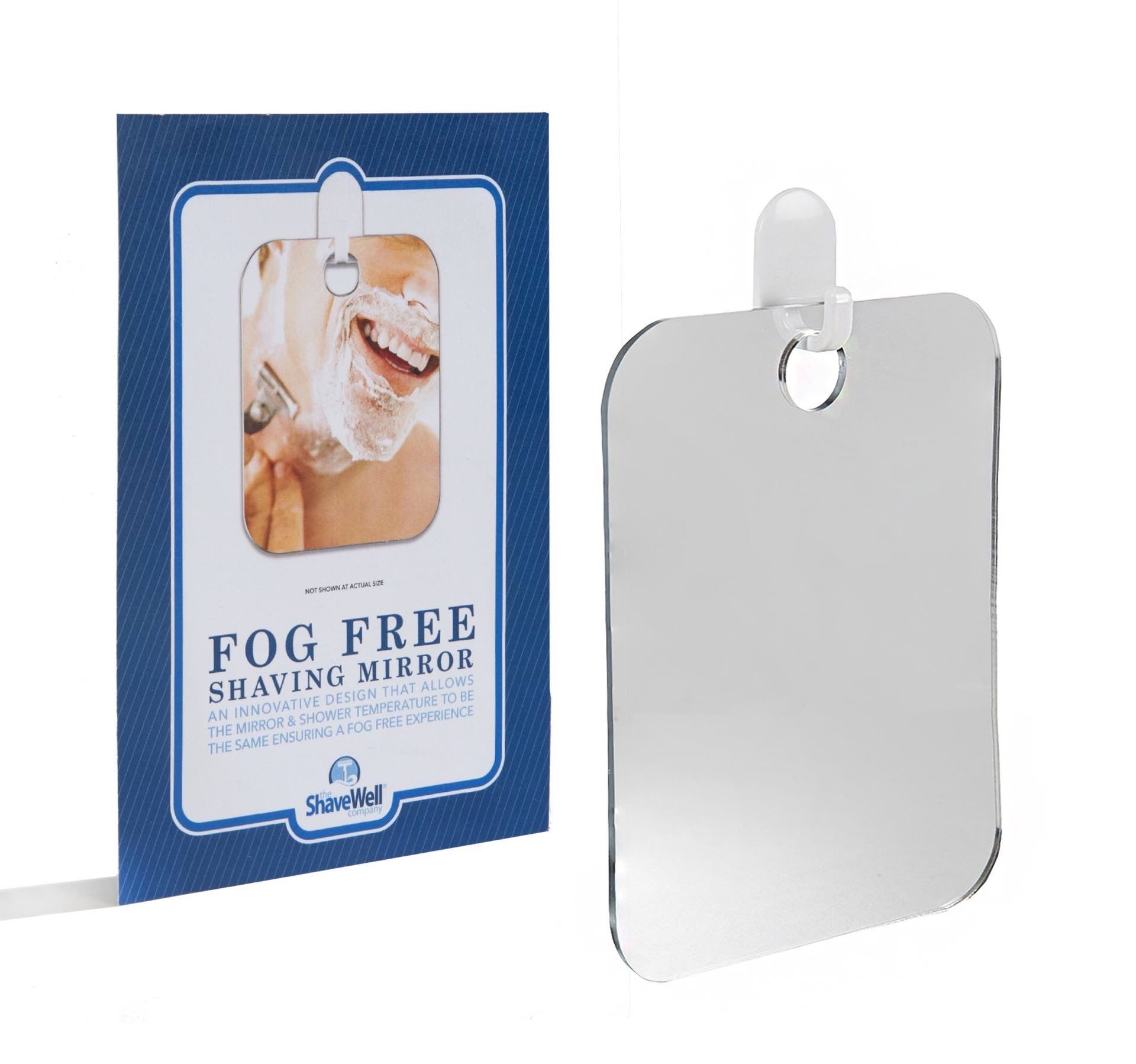 For some, shaving in the shower is a much better experience than standing at a sink and dripping water everywhere despite all precautions. The one disadvantage though? Not having a mirror to see what you’re doing.

Well, not so with the Shave Well fogless shower mirror.

It doesn’t rely on crappy suction cups to stick to the wall, it hangs on a hook that adheres with two-way tape. You just take the mirror off the hook and run it under the water a few seconds to warm it up, which keeps it fog-free for a while. Then, you can either hang it back up or hold it in your hand while you shave (or brush your teeth, if you’re into doing that in the shower too). 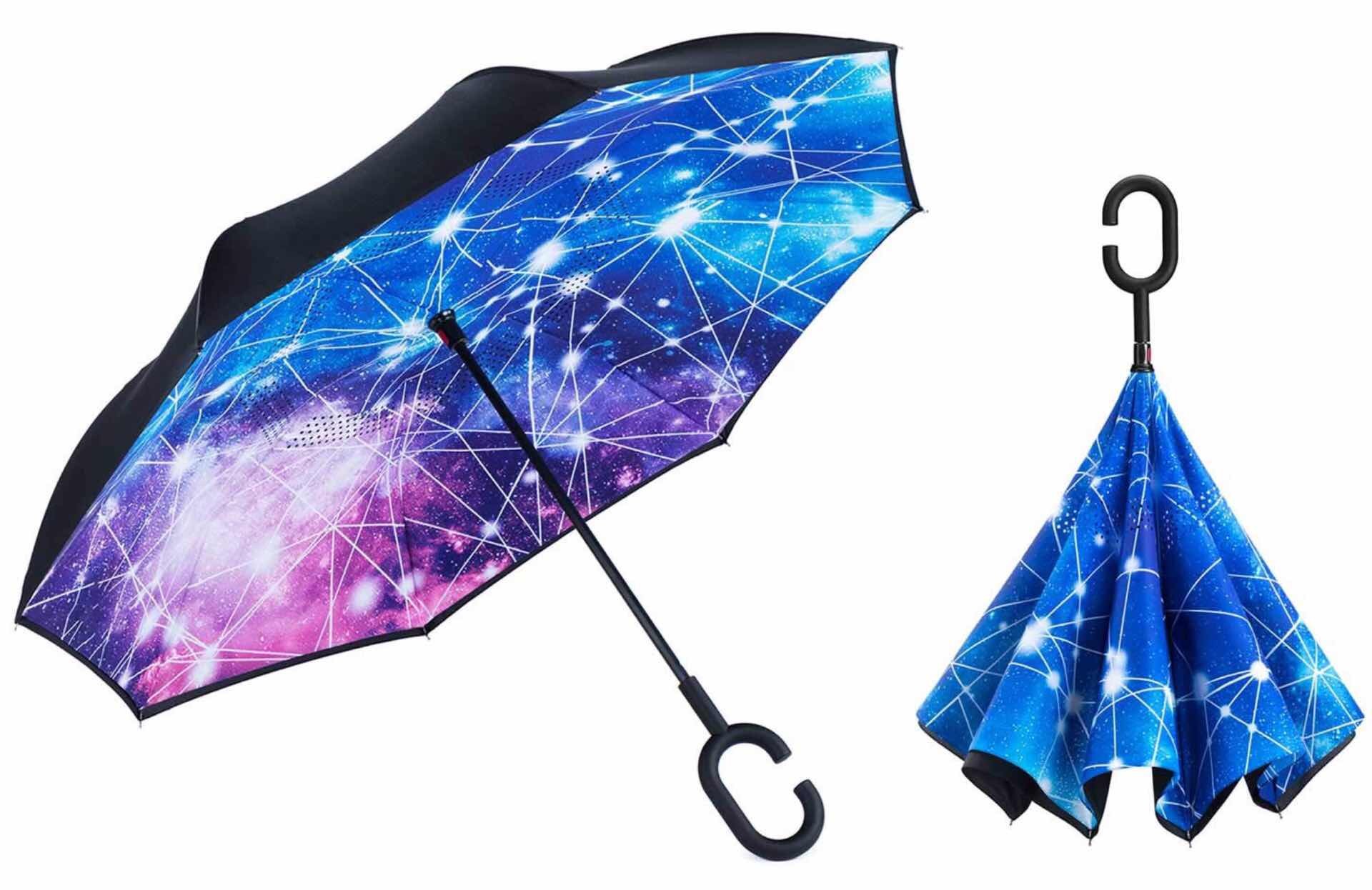 You know what’s always annoying about umbrellas? When you fold one as you come in from the rain, only to have it sit there dripping all over your floor or car interior. But that’s not what happens when you use a reversible umbrella like this.

The two canopy layers fold “inside out” — that is, the ribs fold upward instead of the other way around, the bottom layer becoming the exterior one and the top layer nestling inside of that. This keeps all those rain droplets safely contained inside until you’re ready to pour them out and let the umbrella air-dry.

Almost as neat is the fact that, once the water’s out and the umbrella’s still folded, it can be flipped over to stand upright on its own or simply hung from your wrist using the C-shaped hook handle.

They’ve got a whole bunch of designs to choose from, so not only is your umbrella super useful, it’s sure to be the most eyecatching one around. 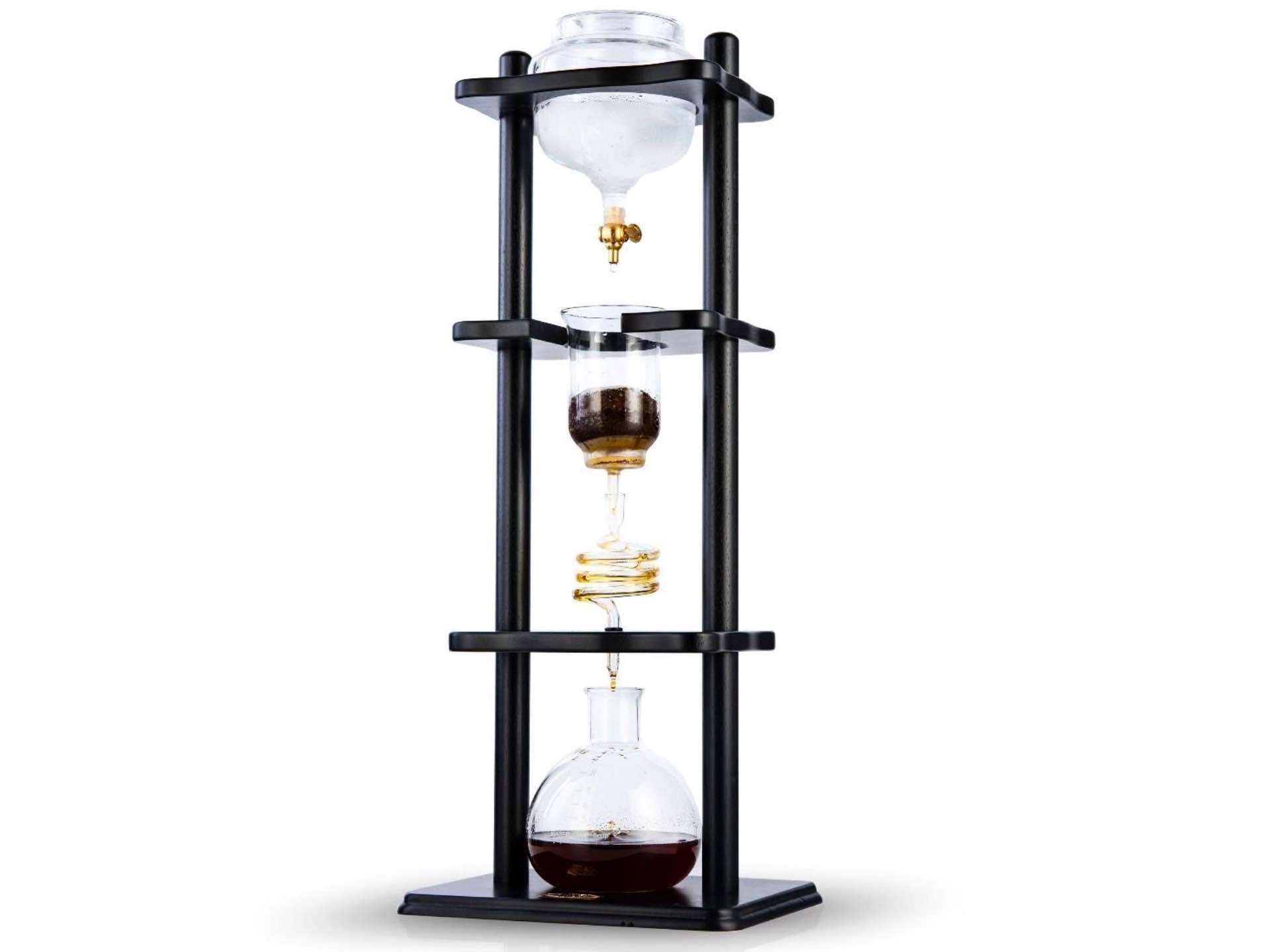 Lemme tell you something: You gift one of these coffee towers to someone, there’s no way they’ll be able to top it. I mean look at it! This slow-drip contraption is easily the most 19th-century-science-experiment way of making cold brew coffee at home — even moreso than a siphon pot. 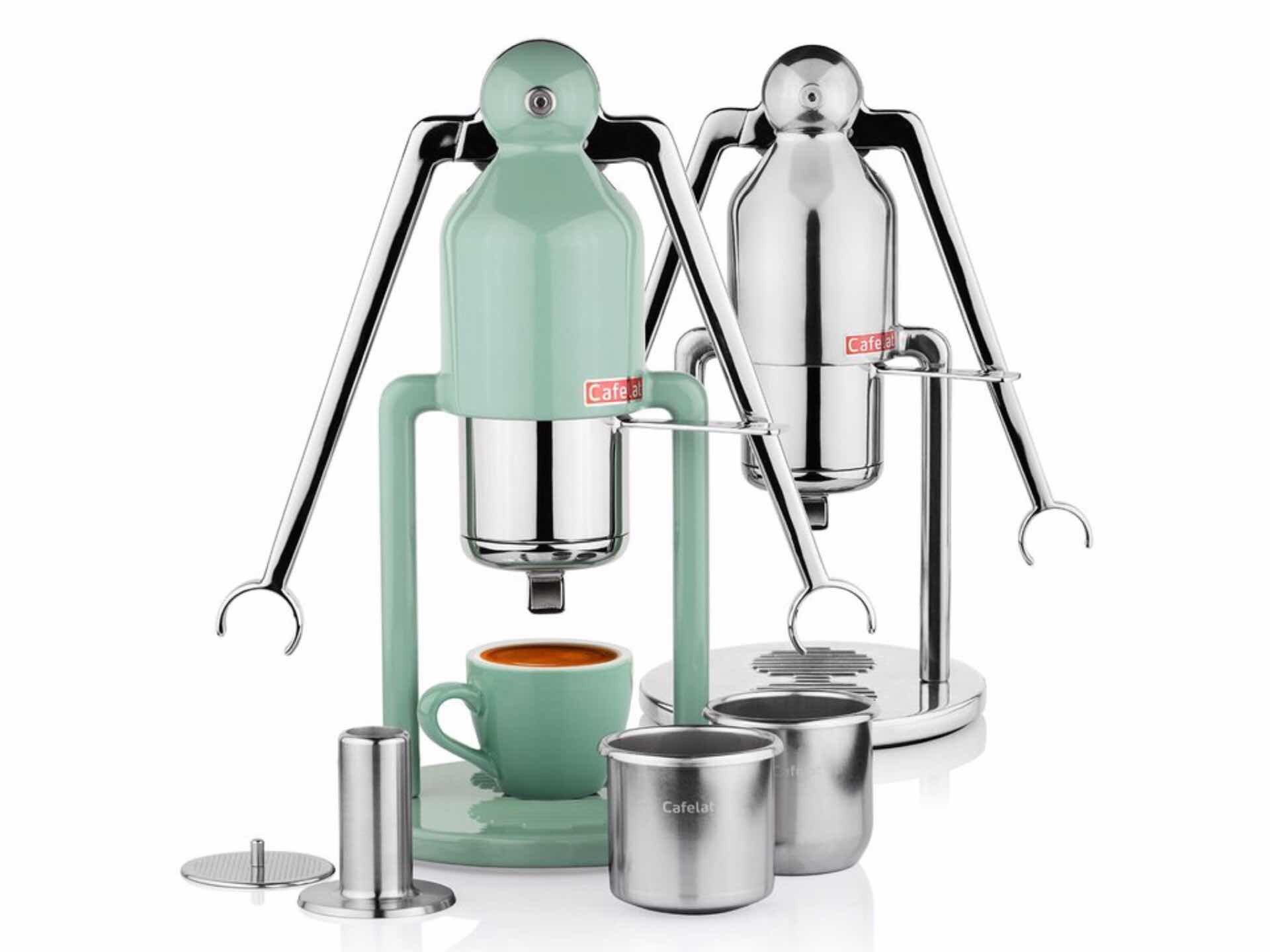 Another novel way of making coffee comes in the form of the Cafelat Robot, a manual espresso press designed to look like…well, a retro robot — the clawed “arms” of which act as levers when pulling espresso shots.

Don’t let its cutesy looks fool you. This thing can produce a mean shot of espresso, rivaling any of its competition.

+ See our original post for details on their buying options and such.

The 28 wood-backed stamps in this set depict various shapes — from simple geometric ones to more complex ones — and robotic parts, which can be stamped in such a way that you create your own cute ink robot characters. A fun gift for an ingenuitive kid — or, for the adult “working” from home. 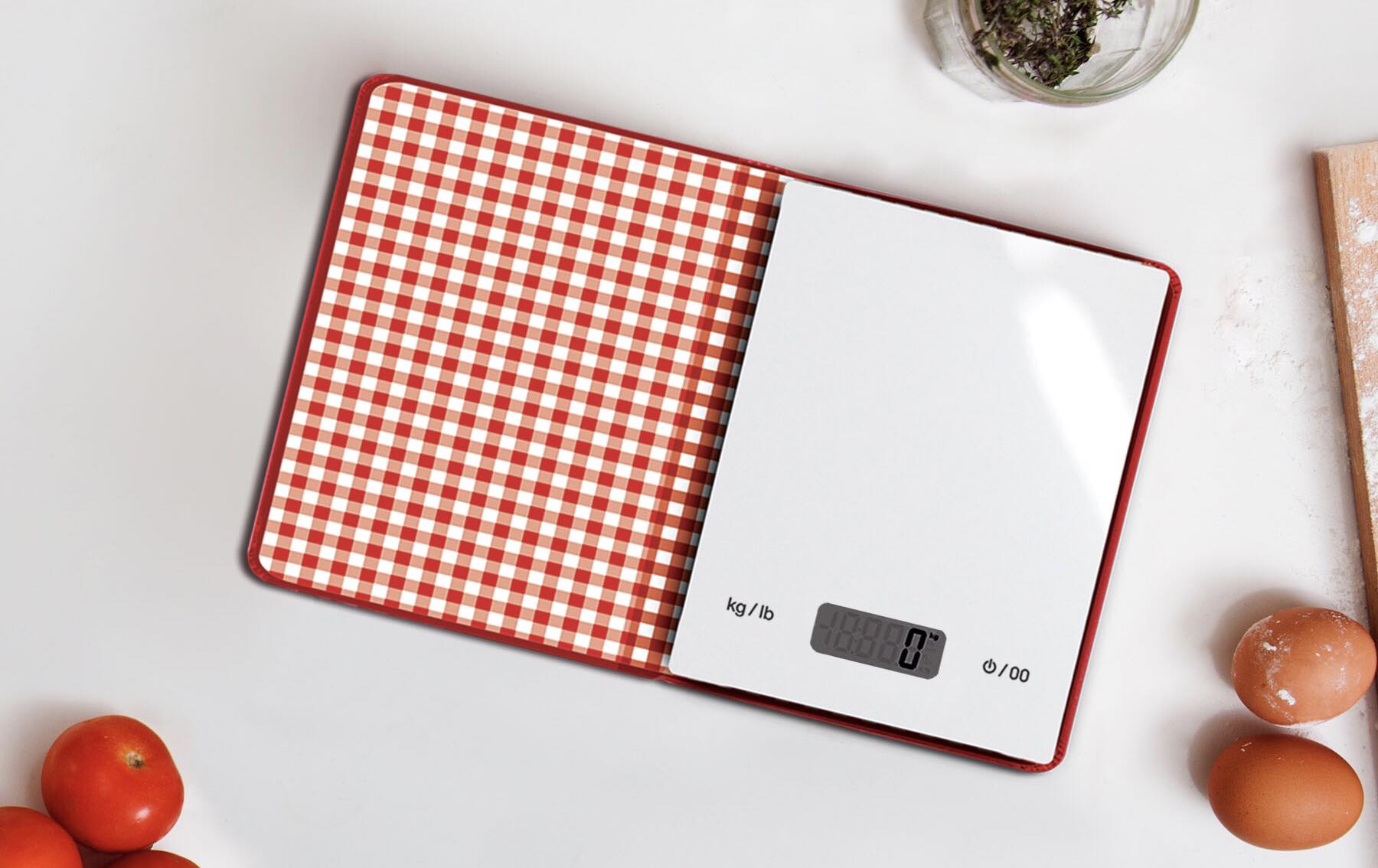 From the ever-oddly-named Suck UK — who we once featured for their “Cork Cube” tape dispenser — comes the Cook’s Book Kitchen Scale, a glass-top digital food scale concealed in a wipe-clean hardback book cover so you can keep it on the same shelf as your recipe books without it sticking out like a sore thumb. 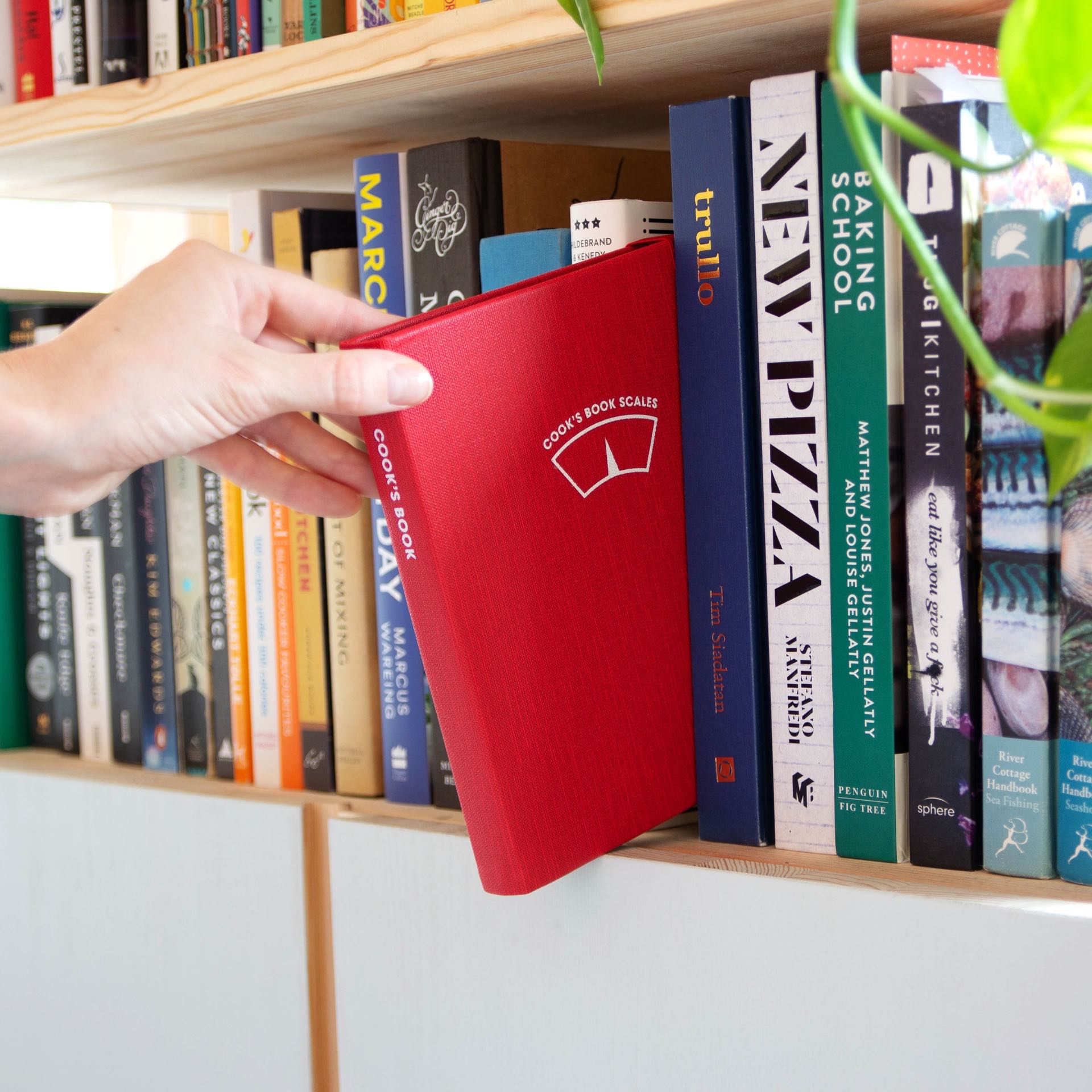 It supports up to 11 lb (5kg) of weight and makes an attractive little addition to any kitchen besides. It even comes with a handy reference card with some common unit conversions so you don’t have to turn to Google in the middle of meal prep. 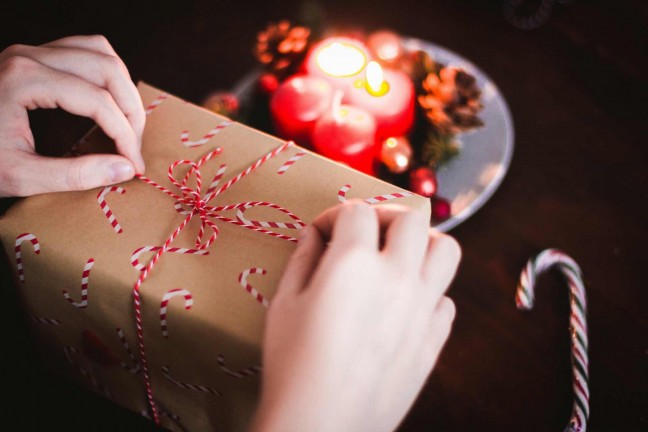 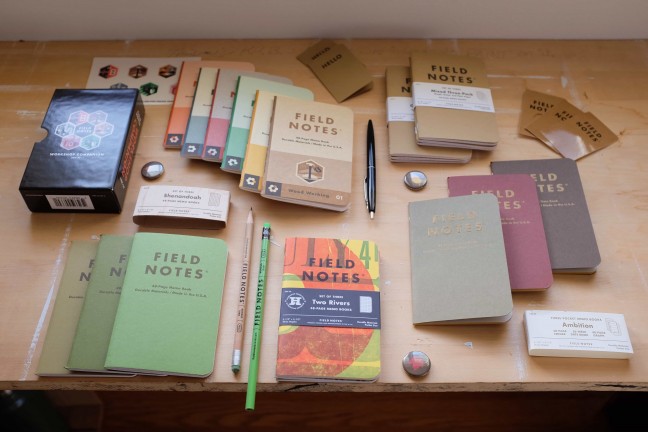 A Review of the Field Notes COLORS Subscription 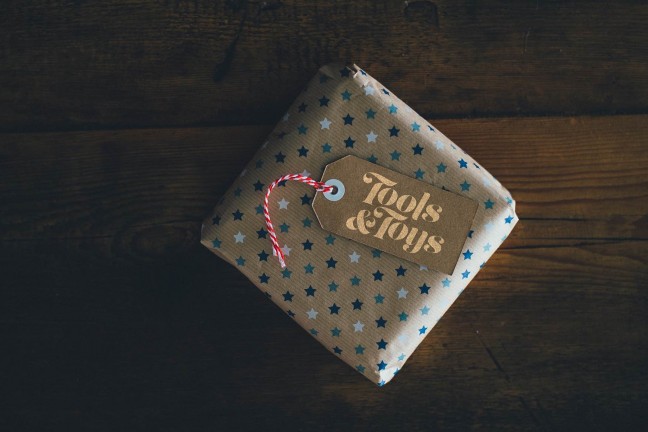