Grab your goggles, put on your lab coat, open your mind, and get your beakers and flasks ready. Today we’ve got seven sweet science-themed gift ideas you can bestow upon a friend or loved one, or simply pick up for yourself because why not? 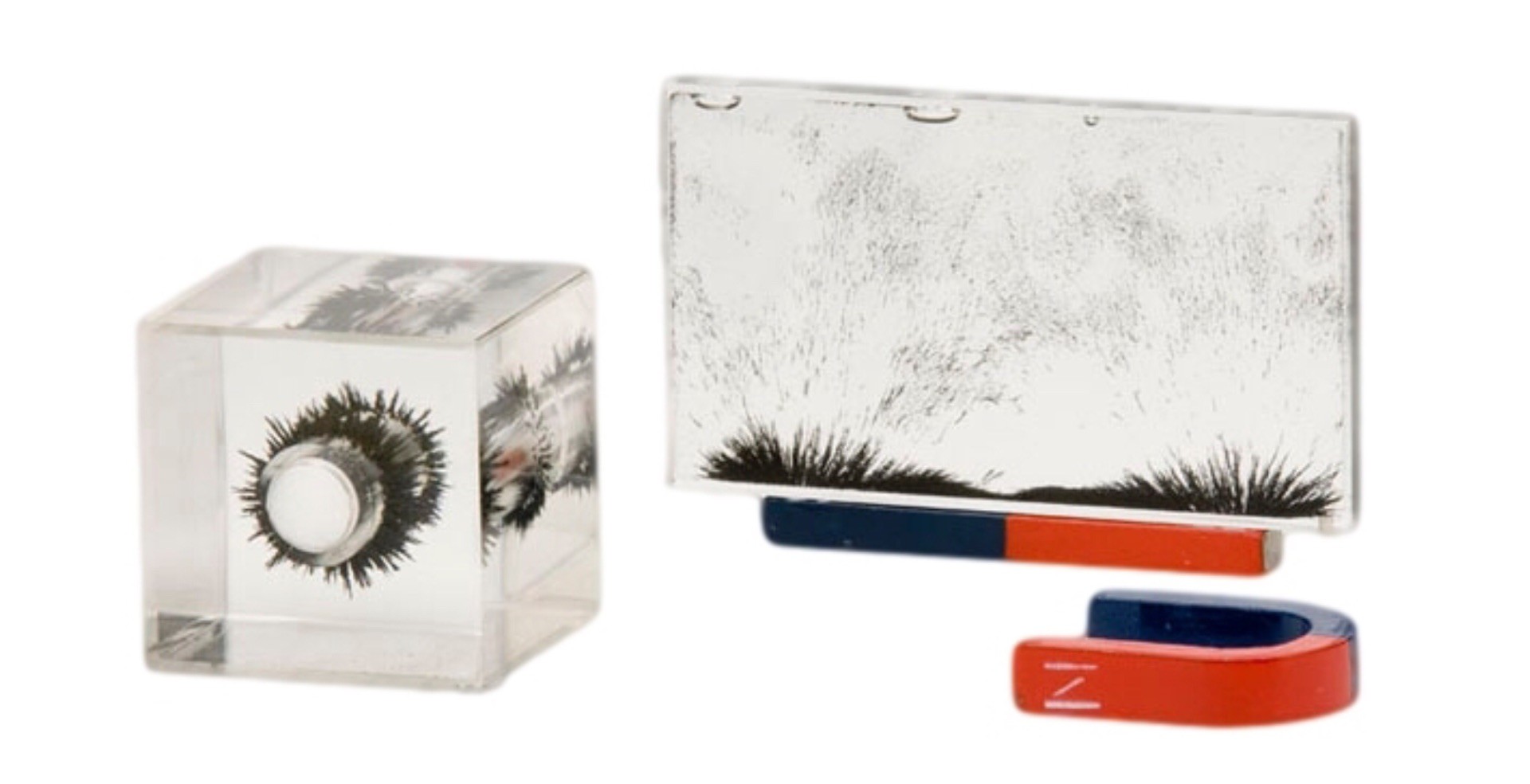 Know someone who’s interested in how magnets work? Get them this magnetic field viewer, which uses iron filings suspended in clear silicone oil to offer a three-dimensional viewing of the magnetic lines of force. Shake the acrylic cube up, insert the included bar magnet through the tube in the middle, and watch as the filings align in a dipole pattern that would otherwise be invisible to the eye.

Way better than a boring old snowglobe, we’d say. The kit also includes a horseshoe magnet and a flat acryclic rectangle filled with iron filings and oil of its own. 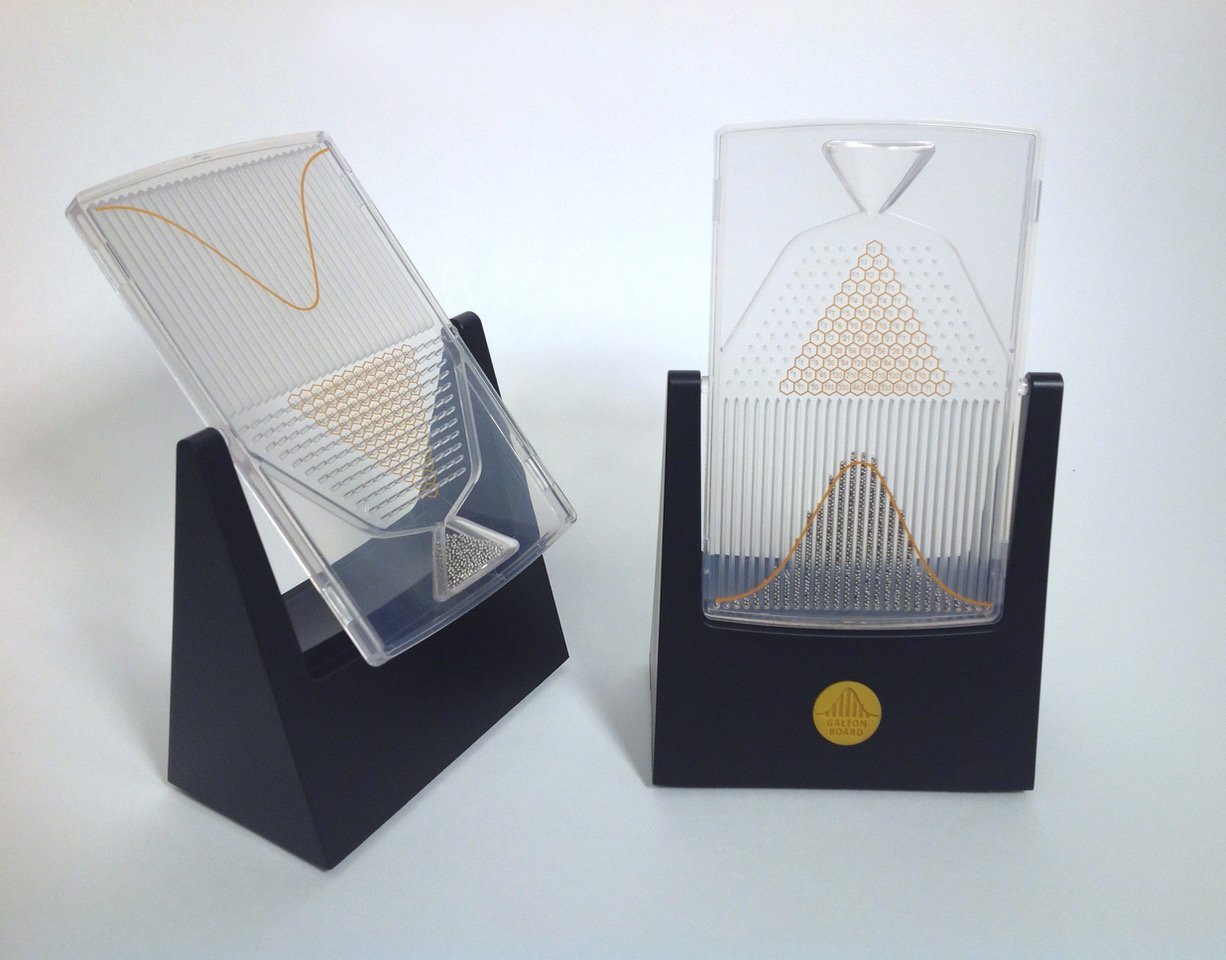 The Galton Board desktop probability machine. ($50)

The “normal distribution” is a useful reference for all kinds of scientific probability problems. If you ever make graphs of certain kinds of statistics — the heights of adults, the weights of babies, classroom scores, etc — the results tend to form a bell curve. It’s a neat concept, but its significance can be hard to grasp until you see it happening for yourself, over and over again.

The Galton Board by Four Pines Publishing is a desk toy that lets you do just that. After the 3,000 steel balls have accumulated in the hopper at the bottom, flip the board over and watch as they cascade through 12 levels of branching paths into the row of bins below. Time and time again, the stacks they form end up approximating a bell curve distribution. It’s pretty sick.

Watch this delightful video to see what I mean:

When a ball hits a peg, there’s a 50% chance for it to go left or right. So for it to fall in the leftmost slot, it would have to go left every time. For it to fall in the middle, it has to go left and right the same number of times. There are lots of ways that can happen, so more balls end up in the center than on the edges. This creates a predictable distribution pattern marked by the dark line.

Like the magnetic field demonstrator set above, the Galton Board would be a great toy to keep on your desk or in a classroom environment. 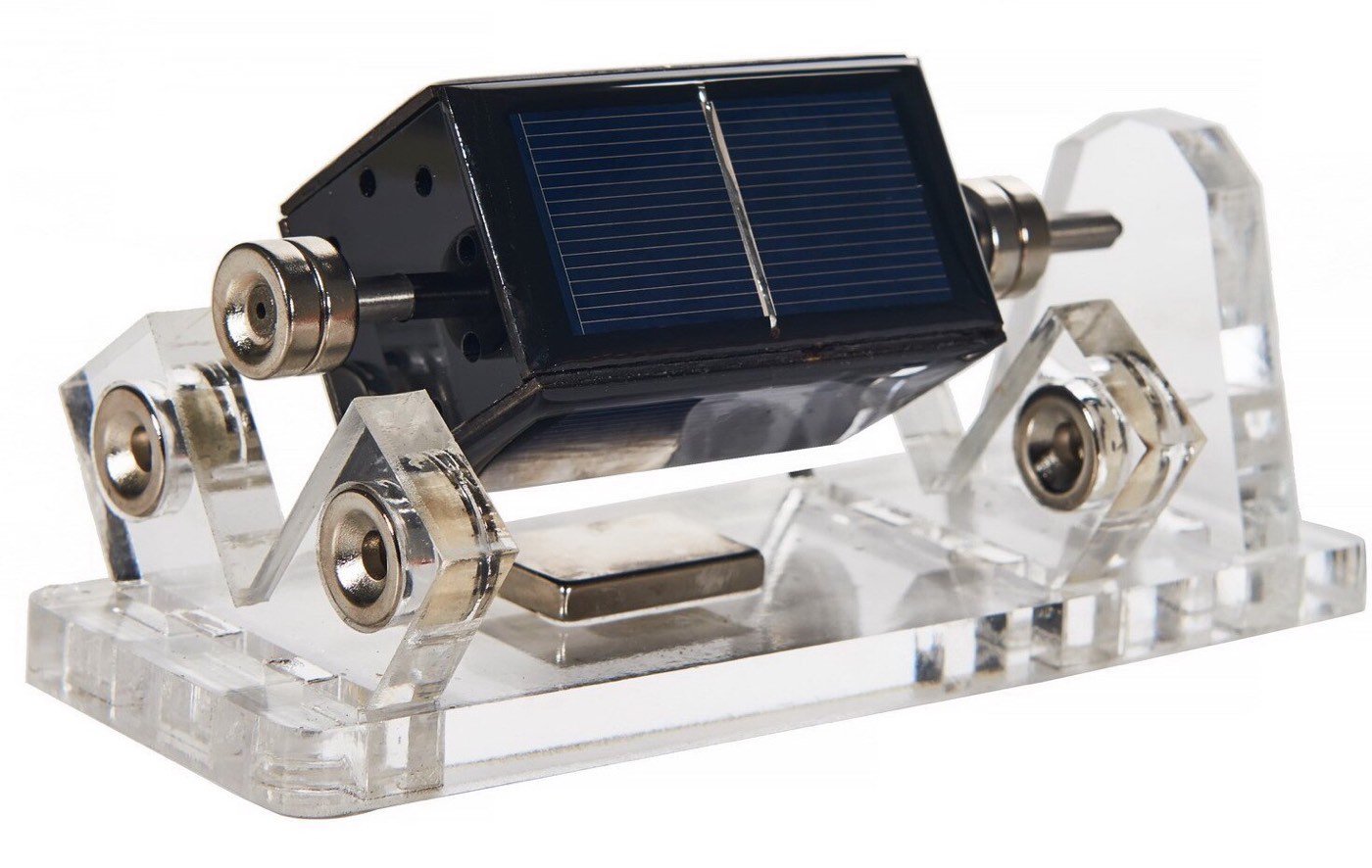 Here we’ve got another educational-tool-slash-awesome-desk-toy for you: The SunnyTech ST05 is a magnetically levitated, solar powered electric motor (aka “mendocino motor”). If you’ve never seen one of these, it’s a pretty neat mixture of magic and physics:

The motor consists of a spinning shaft that is held up by repelling magnets, stabilized by resting a point against a wall. It is powered by solar panels mounted on the spinning shaft, which generate currents through coils of insulated wire.

Watch an example of a mendocino motor here:

While the energy output of this type of motor is really quite low, it’s still great for sparking a kid’s interest in science, and it just looks cool besides. It doesn’t take much light to get the thing to spin; it works on cloudy days nearly as well as sunny ones (where it’ll top out at 1,000 RPM), or you can even shine your phone’s flashlight on it.

In addition to the ST05 basic kit, they also offer a version with a side propeller (model ST41) for $46. 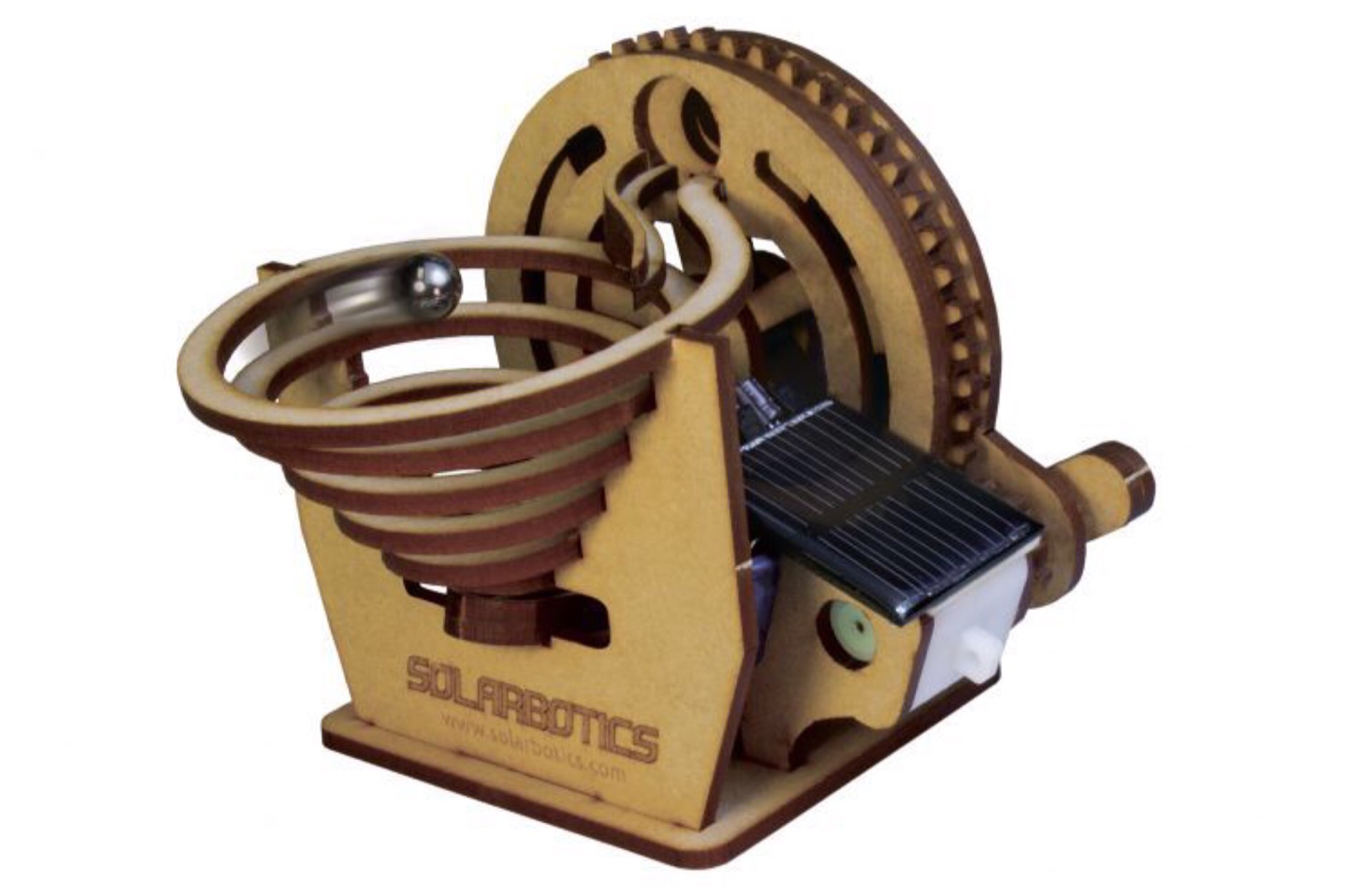 The Solar Marble Machine by Solarbotics. ($43)

Solarbotics’ solar-powered marble machine kit is a cool physics project for anyone who digs the idea of perpetual motion.

Once assembled, it uses a solar cell to capture sunlight and store the energy, which it then releases to the motor in pulses every few seconds or so, causing the wheel to turn that eventually drops a marble down the spiral path, only to start the process over again. It goes faster in sunlight, dropping the marble about once a minute, and indoors that rate drops to every few minutes. With no light source at all, you can always turn the hand crank to get the job done.

Here’s a video of it in action:

It’s not true perpetual motion of course, but pretty neat nonetheless. The kit comes with almost everything you need to assemble the machine. All you need to provide are a Philips #1 screwdriver, a soldering iron, and a little bit of glue. 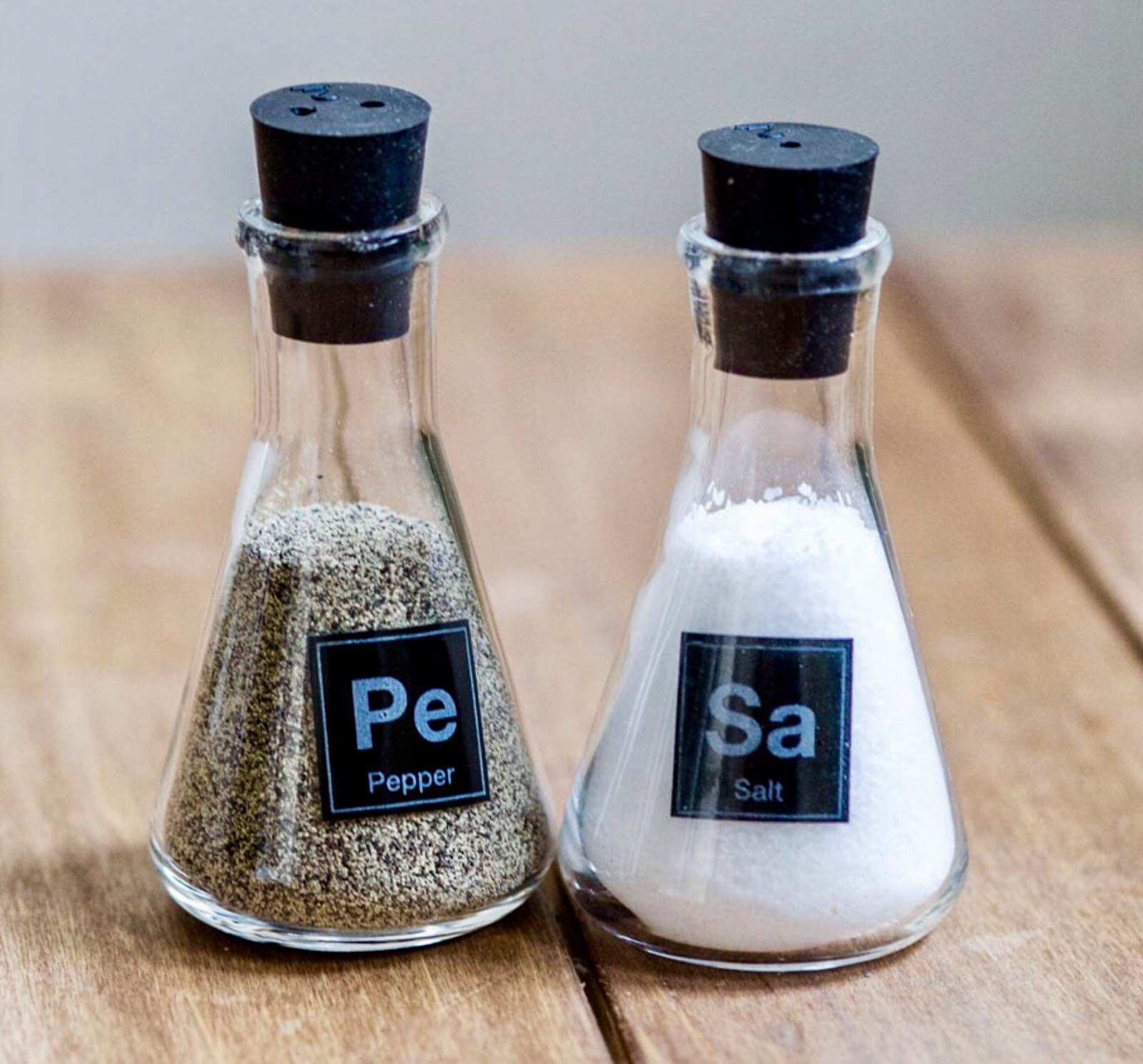 A kitchen is, by its very nature, something of a science lab. These “science flask” salt and pepper shakers by Wild Eye Designs make it actually look that way. Aside from their obvious flask shapes (which are 4″ tall and 2″ wide at the base), they’re both marked with periodic table-style labels to tell them apart. We just wish the salt shaker was marked “NaCl” ;)

If you want to get extra nerdy, you can also pick up their science flask oil and vinegar dispensers ($22), or spring straight for their 14-piece spice rack set. ($40) 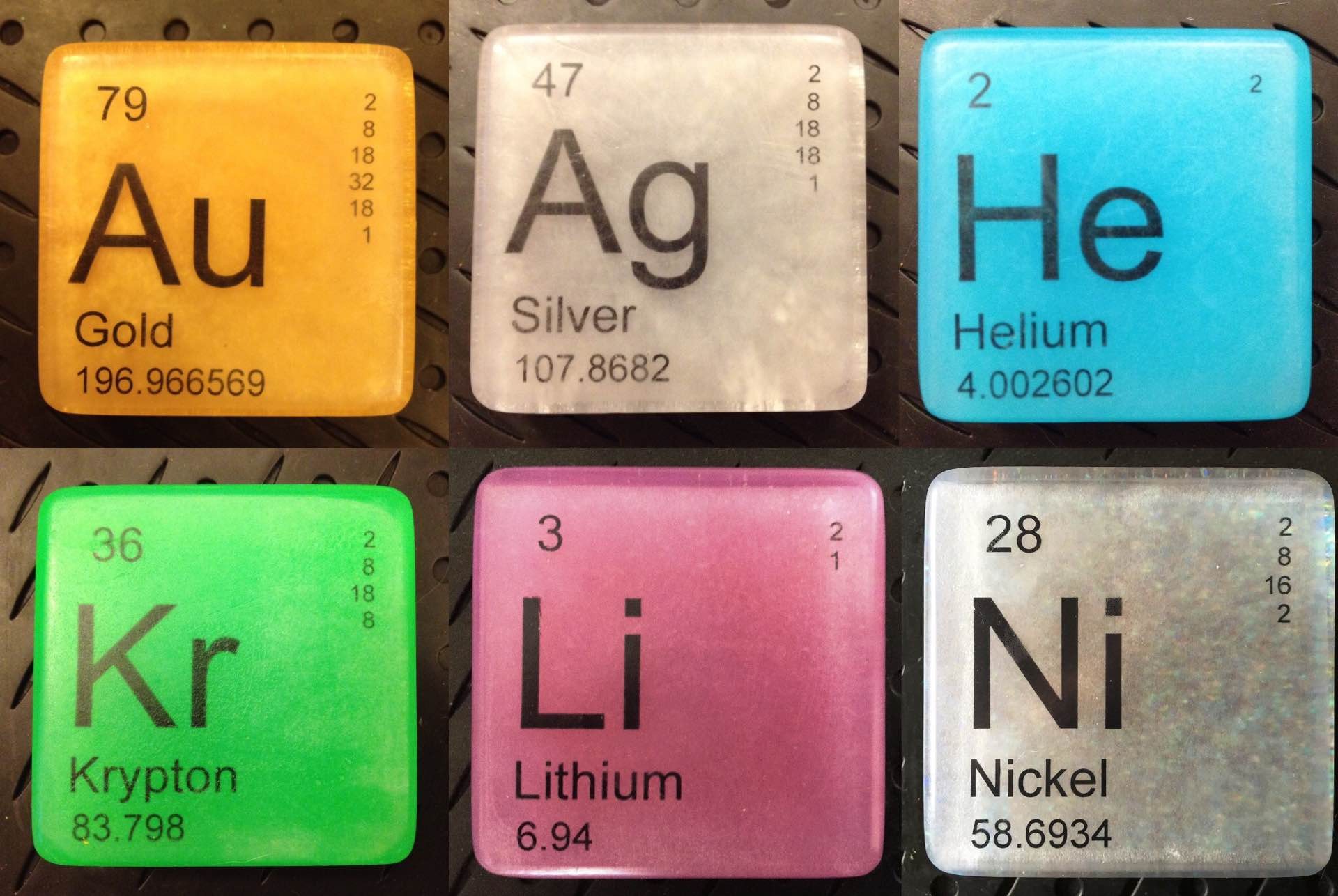 Cleaning off can be as geeky as anything else we’ve mentioned here today. As it happens, a New York-based company called Just Bubbly sells a series of hypoallergenic vegan soaps styled after 35 elements on the periodic table. Each 4-ounce bar is lightly scented with a pleasant, gender-neutral ginger lime fragrance, and they all cleanse quite gently.

Even more fun is the fact that the eight “radioactive” elements glow in the dark after being exposed to light (preferably sunlight) for a bit. Uranium glows green, plutonium glows aqua, radium glows blue, radon glows purple, thorium glows orange, and so on. The glow comes from an FDA-approved, cosmetic-grade glow powder, so it’s safe to use. 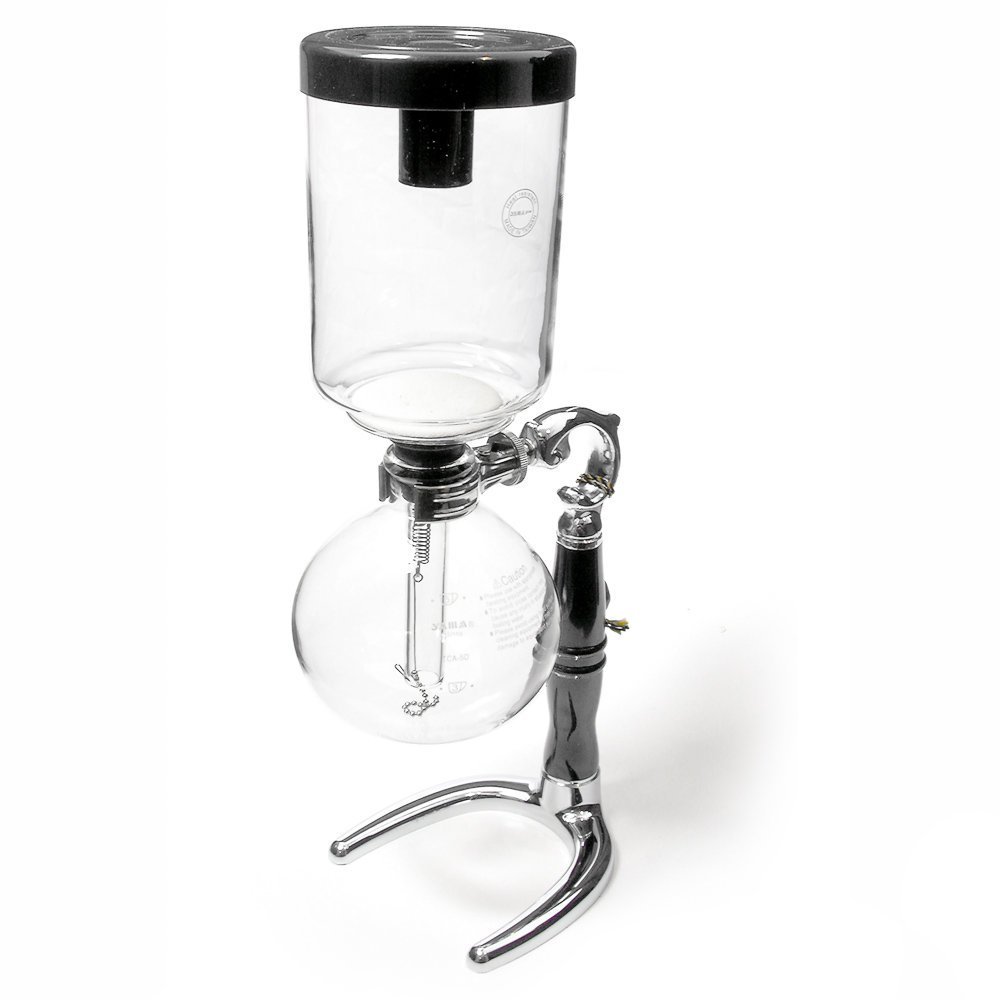 Oh yeah, we’re going there: A tabletop siphon coffee pot makes coffee brewing feel like a straight-up science experiment. It makes a full-bodied cup of coffee with a bright taste that’s not only delicious, but feels “dangerous” and exciting to brew. Make sure you get a butane mini burner and a can of butane fuel. 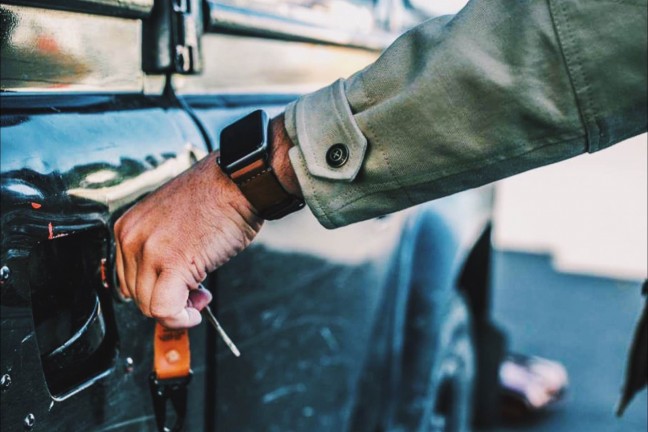 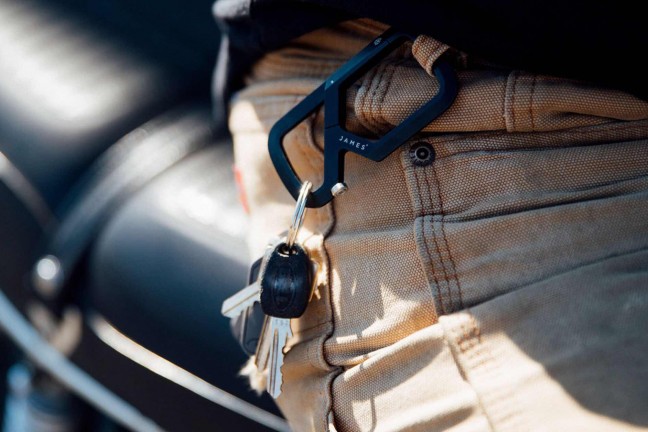 Great Carabiners for Your EDC 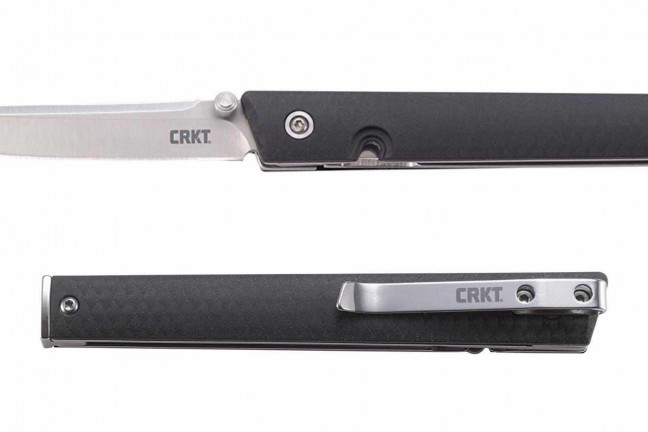