There are parents who seemingly have it easy when it comes to rearing their children, whether it’s because they have the natural disposition and instincts for it, or because they got a lucky roll of the dice by having kids apparently who come out of the womb well-behaved and ready to be good listeners. And then there’s the rest of us.

Listen, we get it. Parenting isn’t all rosy cheeks and playtime. The experience can be challenging and overwhelming in ways you never expected. Sometimes you need a guide, a particular piece of advice, or an alternative perspective to get you on the right track.

In today’s edition of our ongoing Books to Make You a Better Human guide series, we’ll be sharing some books to make up for that instruction manual you never got. 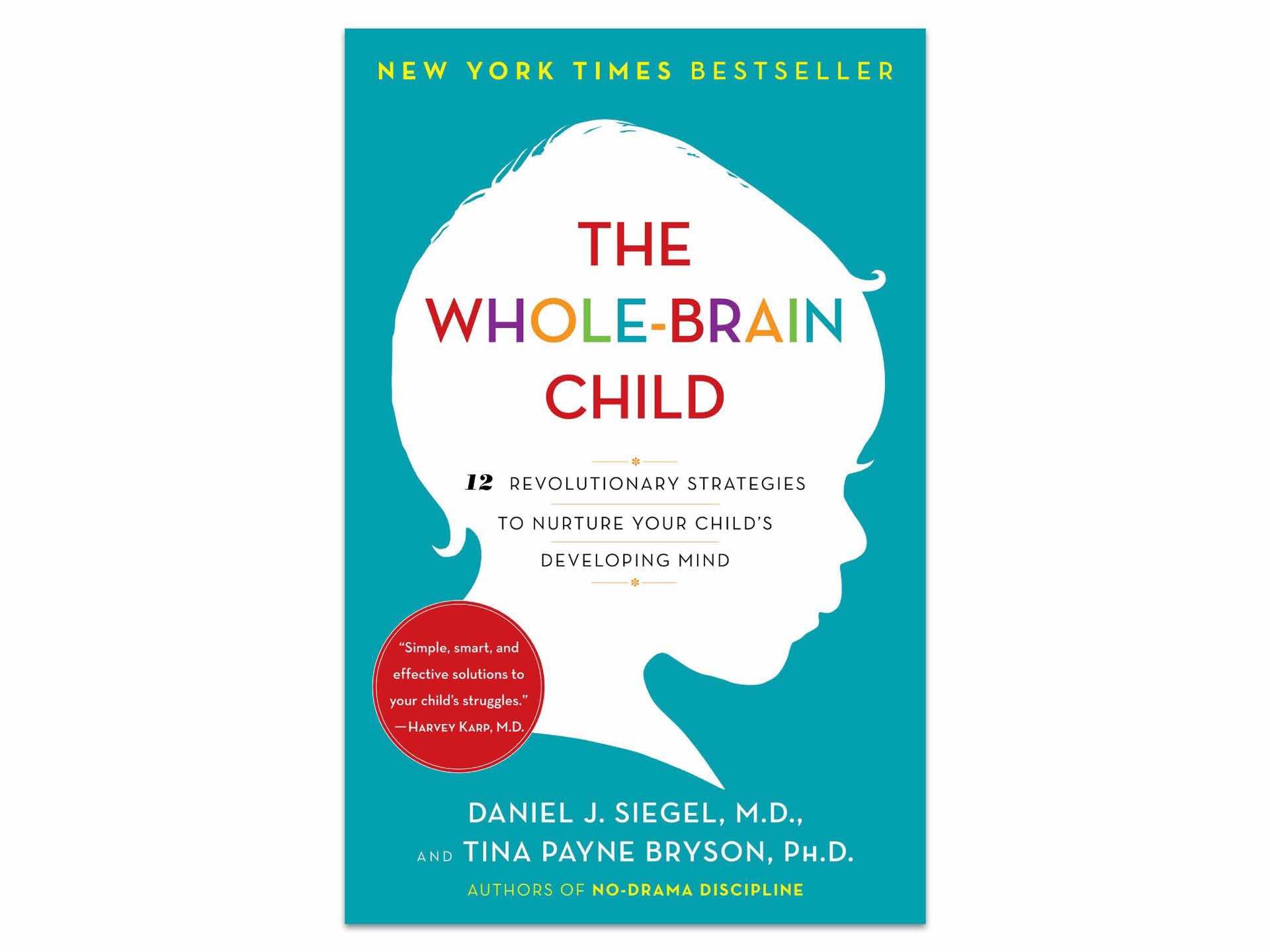 The Whole-Brain Child was a collaborative effort between Dr. Daniel J. Siegel (a clinical professor of psychiatry) and Dr. Tina Payne Bryson (a psychotherapist and parenting educator), which — as you can guess from the book title and the authors’ professions — is based in neuroscience research.

If you’ve ever wondered what is going on in your kid’s brain when they’re having a meltdown tantrum, this book will actually tell you, down to which parts of their developing brains are activated at such times. By understanding how your child’s mind works, you can help them overcome these challenging moments and eventually grow into self-aware, empathetic people.

In this pioneering, practical book, [Siegel and Bryson] offer a revolutionary approach to child rearing with twelve key strategies that foster healthy brain development, leading to calmer, happier children. The authors explain—and make accessible—the new science of how a child’s brain is wired and how it matures. The “upstairs brain,” which makes decisions and balances emotions, is under construction until the mid-twenties. And especially in young children, the right brain and its emotions tend to rule over the logic of the left brain. No wonder kids throw tantrums, fight, or sulk in silence. By applying these discoveries to everyday parenting, you can turn any outburst, argument, or fear into a chance to integrate your child’s brain and foster vital growth.

Complete with age-appropriate strategies for dealing with day-to-day struggles and illustrations that will help you explain these concepts to your child, The Whole-Brain Child shows you how to cultivate healthy emotional and intellectual development so that your children can lead balanced, meaningful, and connected lives.

The science is presented in an accessible, easy-to-digest way, especially for those who didn’t study psychology in college. Once you’ve read this one, you can move onto another of the co-authors’ books, No-Drama Discipline. 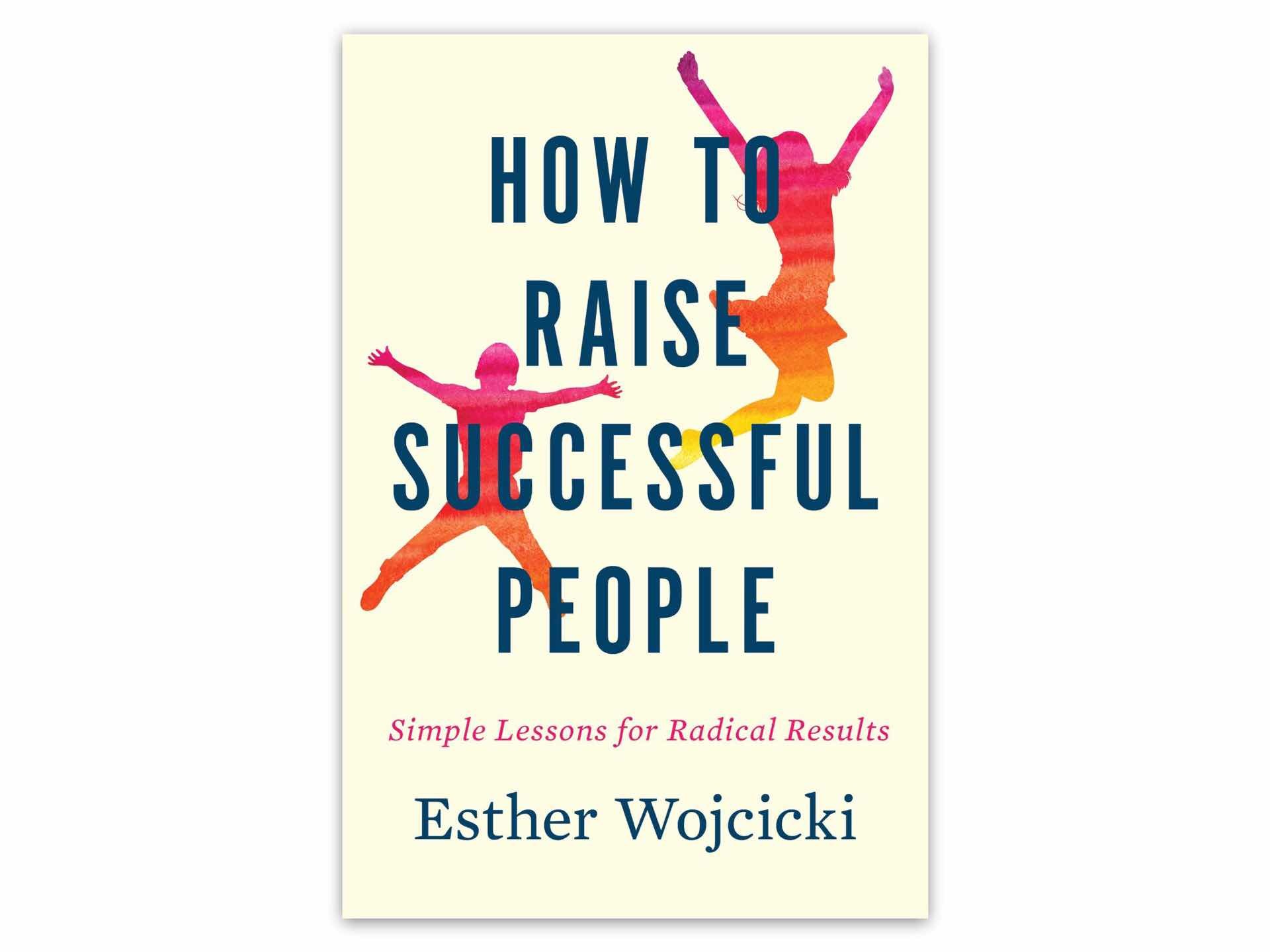 How to Raise Successful People by Esther Wojcicki.

How to Raise Successful People »

How to Raise Successful People is a new book by American journalist and educator Esther Wojcicki, who has the evidence to back up her advice: Her three daughters are the CEO of YouTube, the CEO of 23andMe, and a professor of pediatrics and epidemiology, respectively.

How can any parent raise such a successful trio of children? What’s the secret formula?

In her book, Wojcicki offers essential lessons on helping your kids reach their highest potential — and even more importantly, to be confident, caring, capable people. From the description (bold emphasis mine):

Esther Wojcicki—“Woj” to her many friends and admirers—is famous for three things: teaching a high school class that has changed the lives of thousands of kids, inspiring Silicon Valley legends like Steve Jobs, and raising three daughters who have each become famously successful. What do these three accomplishments have in common? They’re the result of TRICK, Woj’s secret to raising successful people: Trust, Respect, Independence, Collaboration, and Kindness. Simple lessons, but the results are radical.

Wojcicki’s methods are the opposite of helicopter parenting. As we face an epidemic of parental anxiety, Woj is here to say: relax. Talk to infants as if they are adults. Allow teenagers to pick projects that relate to the real world and their own passions, and let them figure out how to complete them. Above all, let your child lead.

In an excerpt from the book, Wojcicki explains how her gut feelings on parenting and educating stemmed from a lifelong distrust of authority and not letting anyone’s “fancy title” get in the way of discovering truth:

Watching my daughters navigate the world with grit and integrity has been one of the greatest rewards of my life. I’m especially impressed by how they compete and cooperate, focusing not on being the only woman in the room, but on finding solutions to the problems we face.

I found I’d started a debate about how we should be raising our kids and how to make education both relevant and useful. What I’m offering, and what has struck a chord with so many people across the world, is an antidote to our parenting and teaching problems, a way to fight against the anxiety, discipline problems, power struggles, peer pressure and fear of technology that cloud our judgment and harm our children.

As she puts so eloquently, “The more you do for your kids, the less they do for themselves, and the less empowered they feel.” 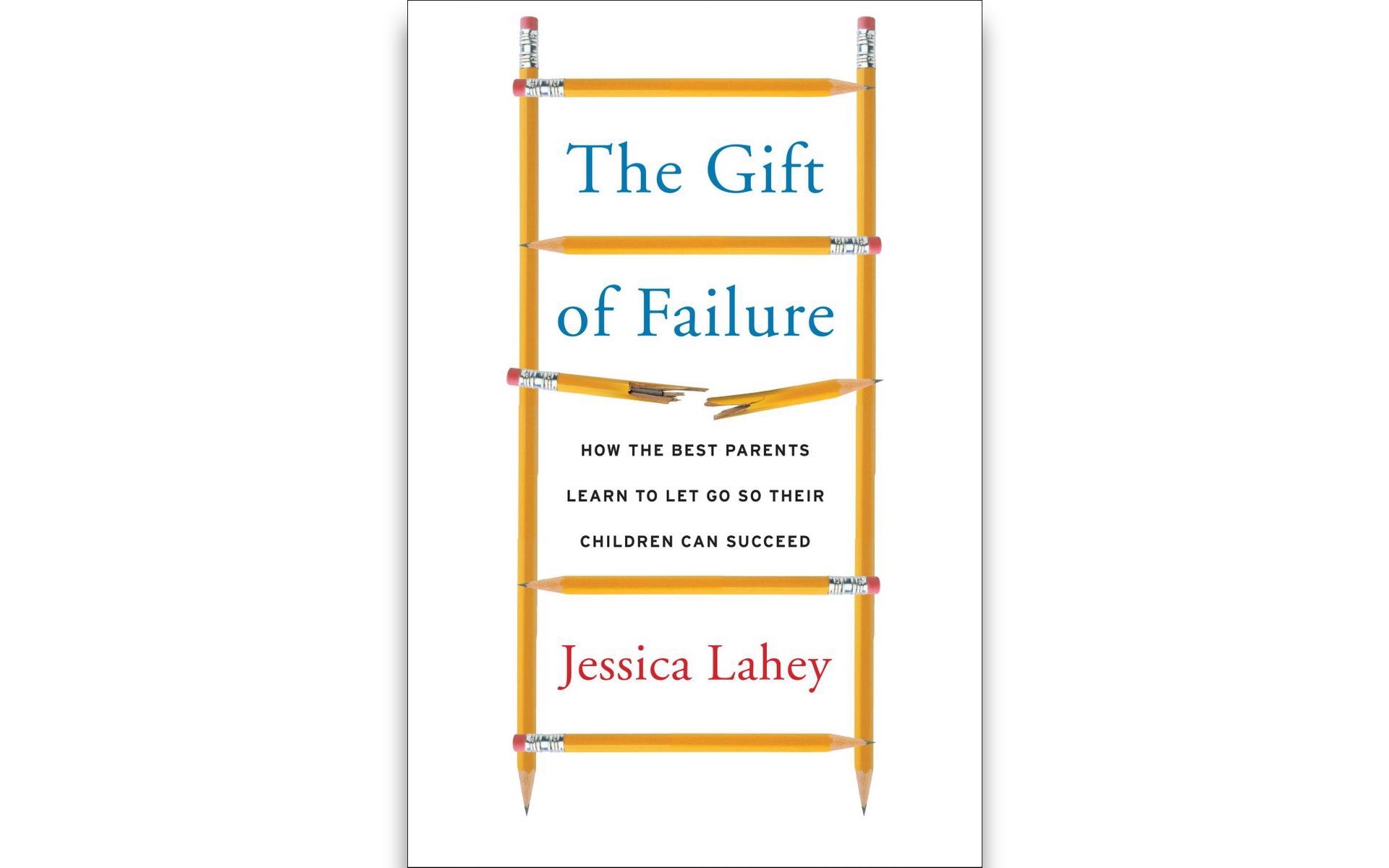 The Gift of Failure by Jessica Lahey.

The Gift of Failure »

This one’s for you overprotective helicopter parents out there: Jessica Lahey’s The Gift of Failure: How the Best Parents Learn to Let Go So Their Children Can Succeed is a manifesto about the importance of letting school-aged children experience disappointment and failure early on so they can grow up to be resilient and self-sufficient adults.

I originally discovered this book via Ryan Holiday, who called it one of the best books he read in 2017:

My favorite moment: The dilemma for the author as she finds her son’s neatly finished homework assignment on the kitchen table after he has left for school. She was already driving past the school later for other reasons, should she bail him out? Or let him handle this on his own?

While it’s ostensibly a book for parents, anyone who has problems dealing with life’s obstacles can learn a thing or two from it. You’ll come away with lots of great thought exercises to try out in your own life. 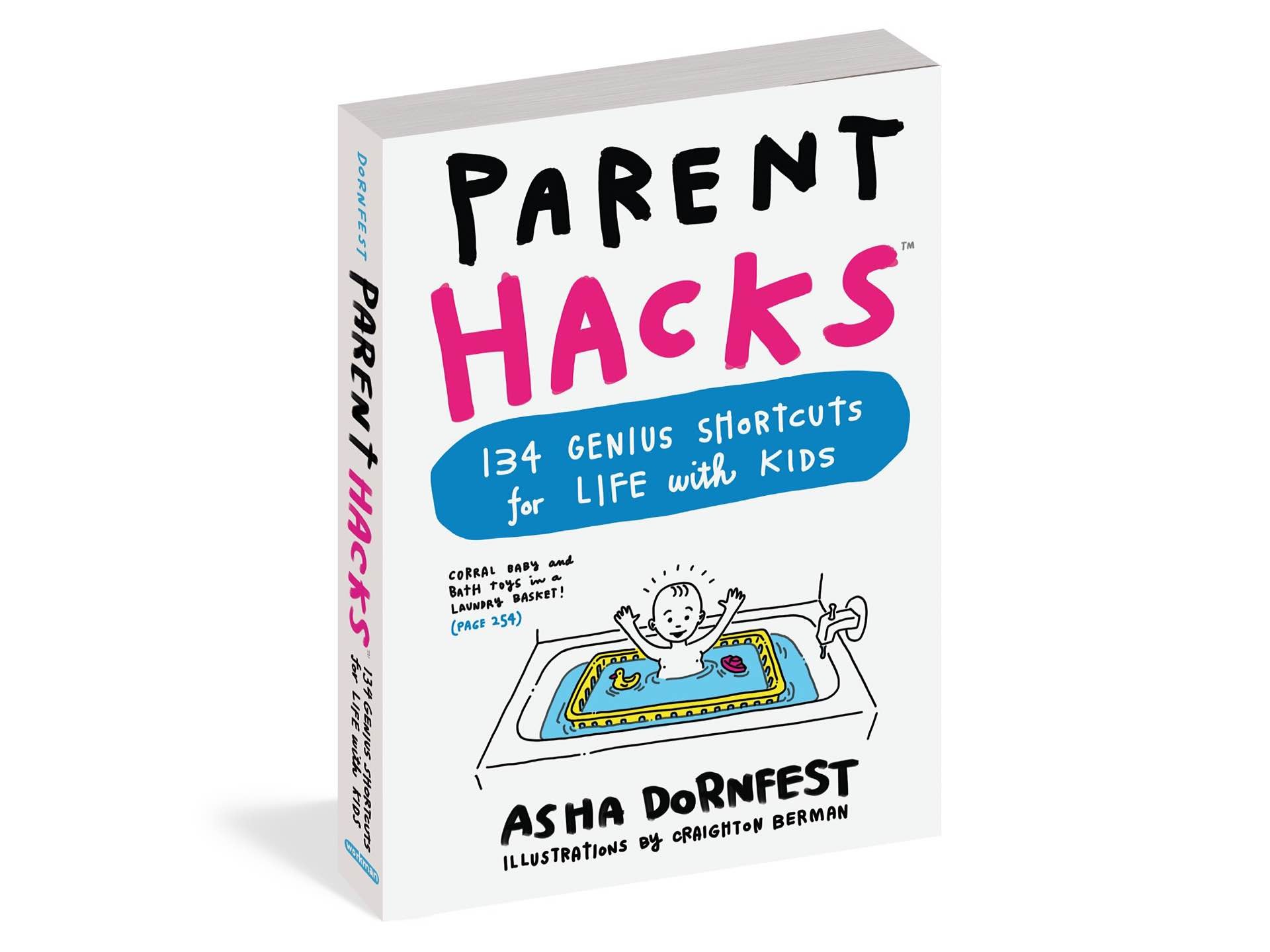 Parent Hacks: 134 Genius Shortcuts for Life with Kids is an illustrated collection of MacGyver-like parenting tips inspired by the blog of the same name, which Asha Dornfest (who also co-wrote Minimalist Parenting) has been running since 2005.

In this charmingly illustrated book you’ll find practical advice on everything from pregnancy to preschool, including potty training, bath time, sleep, travel, organizing your home, managing your time, creative reuses for common household items, and more.

A parent hack can be as simple as putting the ketchup under the hot dog, minimizing the mess. Or strapping baby into a forward-facing carrier when you need to trim his fingernails-it frees your hands while controlling the squirming. Or stashing a wallet in a disposable diaper at the beach-who would ever poke through what looks like a used Pamper? 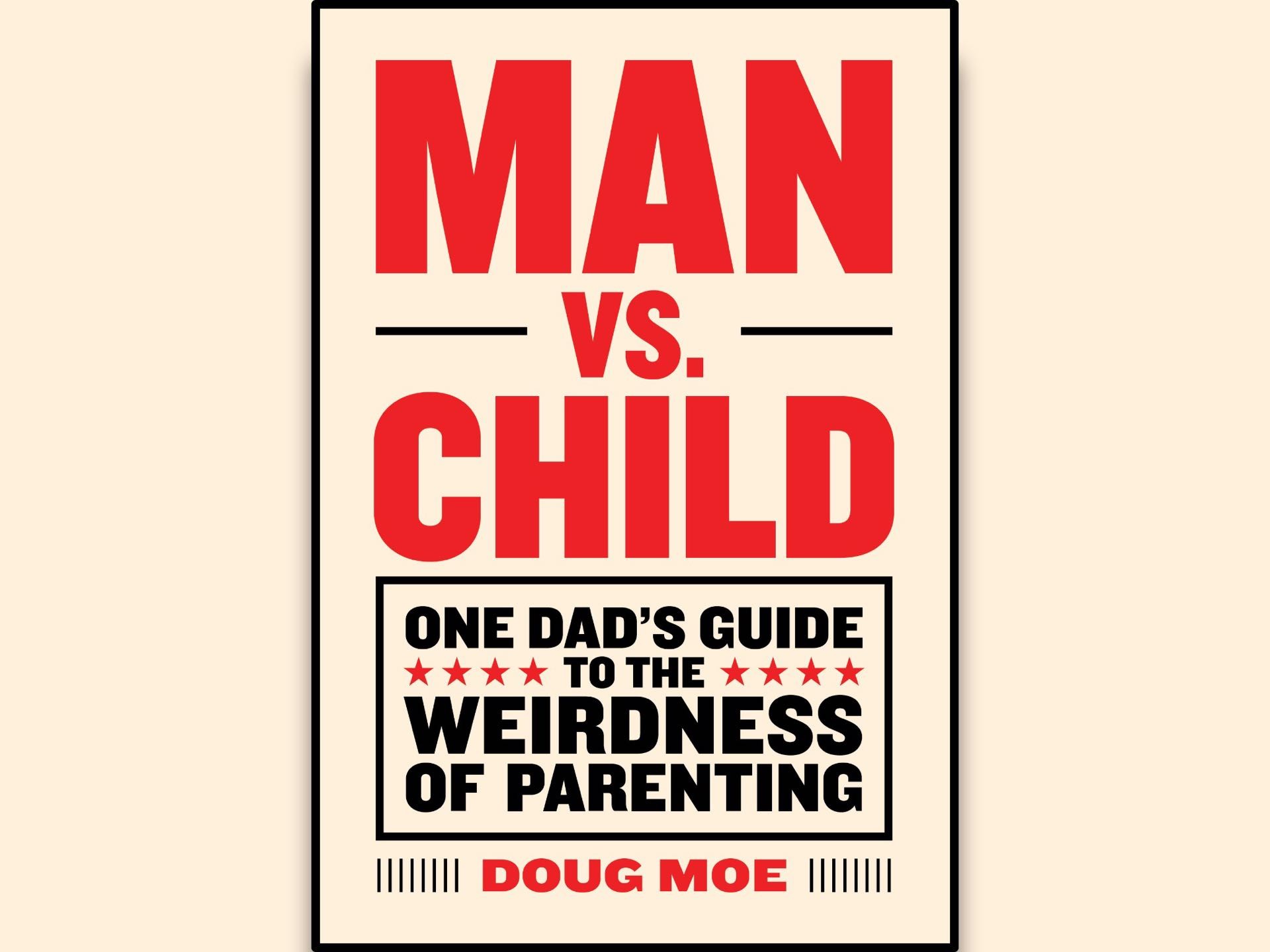 Man vs. Child by Doug Moe.

This last one’s aimed specifically at dads, which I hope our mom readers out there will forgive me for. It’s still a funny read for both parents, I dare say.

Fortunately, his observations are both hilarious, and filled with awe and joy; otherwise, this title might well be found in the Horror section.

Man vs. Child: One Dad’s Guide to the Weirdness of Parenting was written by comedian/writer/actor Doug Moe — a longtime performer and instructor at the Upright Citizens Brigade Theatre — and it’s for dads who are worried about messing everything up. (Aren’t we all?)

The book is full of all kinds of funny and insightful tidbits, such as…

By now, you’re old enough to have failed at many things. You know you’re never going to be a great guitarist or a professional gamer. Your videos never went viral. But you could be a great dad. Isn’t that more noble than being good at guitar? Isn’t that more meaningful than video games? You used to be insanely obsessed with Facebook likes, but you could be pouring that insanity into a child.

…and this one on handling your SO’s pregnancy:

Your wife is changing. It’s like she is a wizard now, but she’s still married to the village idiot. When you approach this mighty wizard, be humble. The wizard will grow angry if you ask her stupid questions. Respect the wizard.

Whether you’re a dad now, or planning to be, or even if you’re neither and are simply trying to understand what your friends are going through as new parents, you’ll get a kick out of this hilarious book. 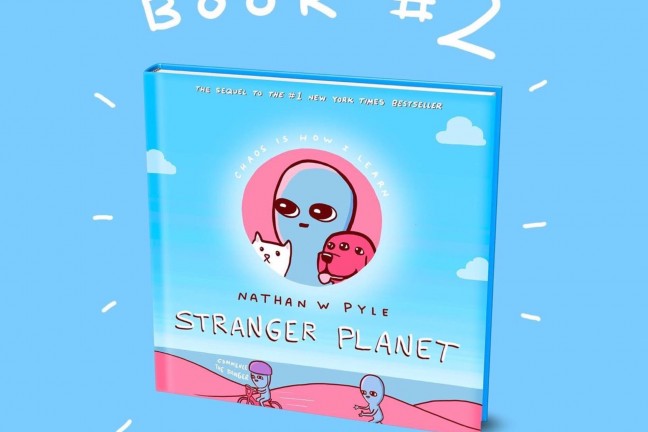 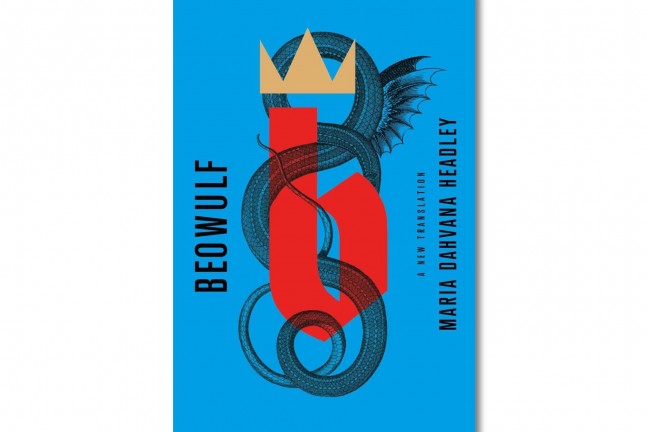 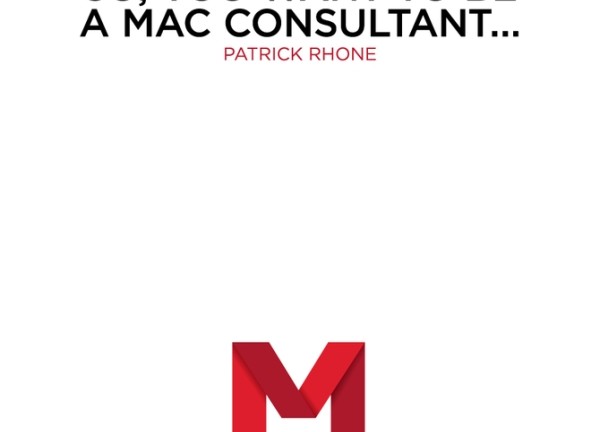