History is one of those subjects that makes most children’s eyes glaze over, often because it’s taught in the most boring possible way. That’s not how it should be.

Here are some books that, in their own unique ways, will show your offspring how fun and interesting history can be.

Brad Meltzer’s charming and entertaining Ordinary People Change the World children’s book series (illustrated by Christopher Eliopoulos) is a fantastic way to introduce kids to history. Each book tells the story of a specific hero in American history, with a twist: They’re presented as children who tell their stories in first-person.

The series tackles some surprisingly deep themes — slavery, segregation, gender and racial equality, bullying, perseverence in the face of adversity, daring to be different, following one’s dreams, and more — but all in ways kids can easily understand. And, since the historic figures are shown as children themselves, kid readers really get to connect with them in a way they might not otherwise. They’ll realize that anyone can become a hero. 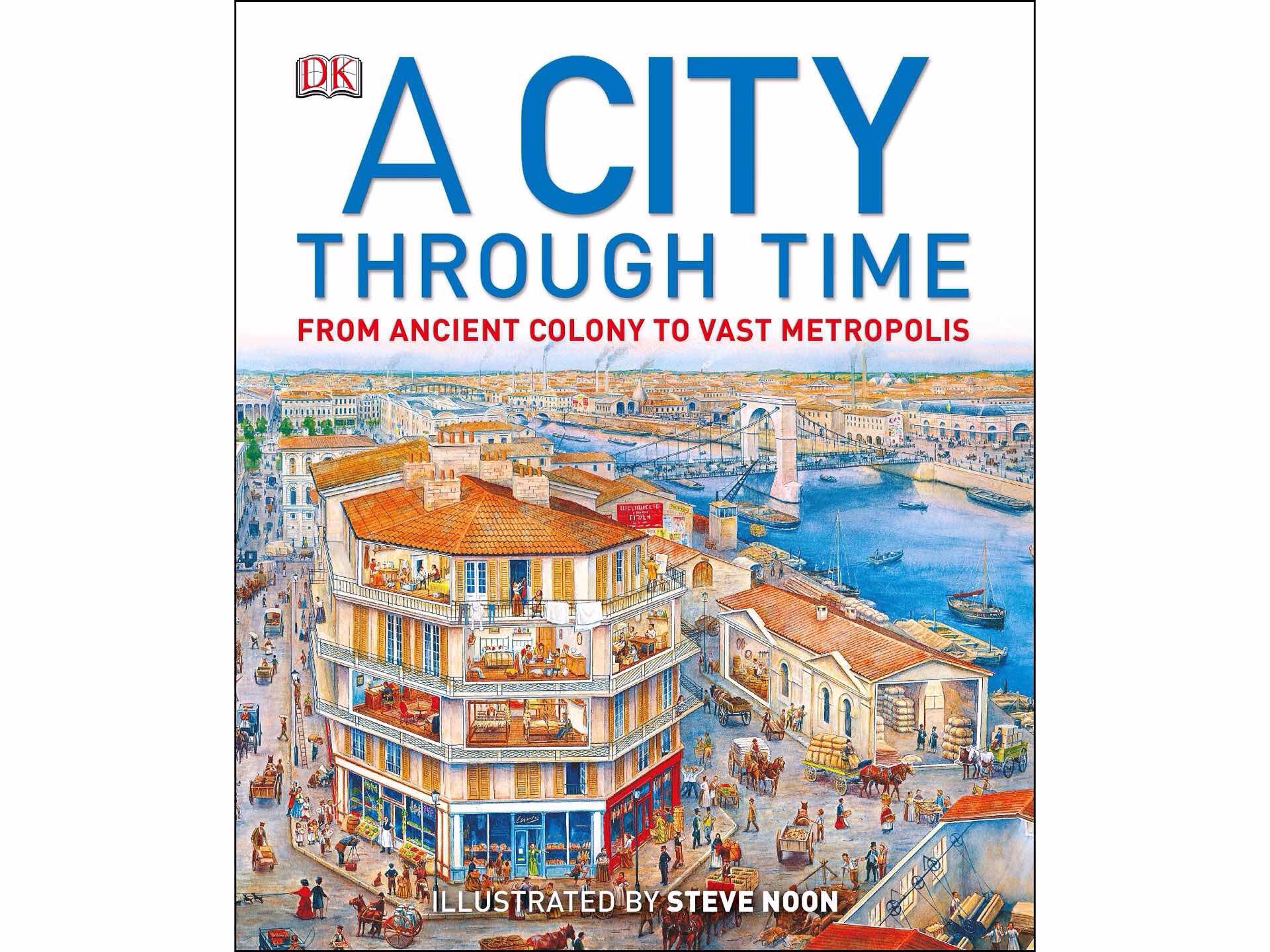 A City Through Time by Philip Steele and Steve Noon.

A City Through Time »

A City Through Time: From Ancient City to Vast Metropolis — authored by Philip Steele and wonderfully illustrated by Steve Noon — is a fascinating kids book that is exactly what the title describes.

It follows the evolution of a fictional city through various stages of its existence, starting from a Greek colony/temple in 500 BC, to a Roman town, to a medieval castle, to a 17th-century city, to an industrial port and train station in 1880, and lastly to a modern-day skyscraper metropolis. For every stage along the way there is a double-page panorama filled with lush illustrations, cut-out views of various buildings so you can see what they contain, and the citizens of that time period going about their business.

There’s just so much going on in each scene. It makes us think of those Where’s Waldo? books we loved as kids ourselves, but with tons of interesting information about how cities and their people change over time. You may find yourself going back through the book a few times even with no kids around.

If your little one enjoys this book, be sure to also let them check out the others in the series: A Street Through Time and A Port Through Time. 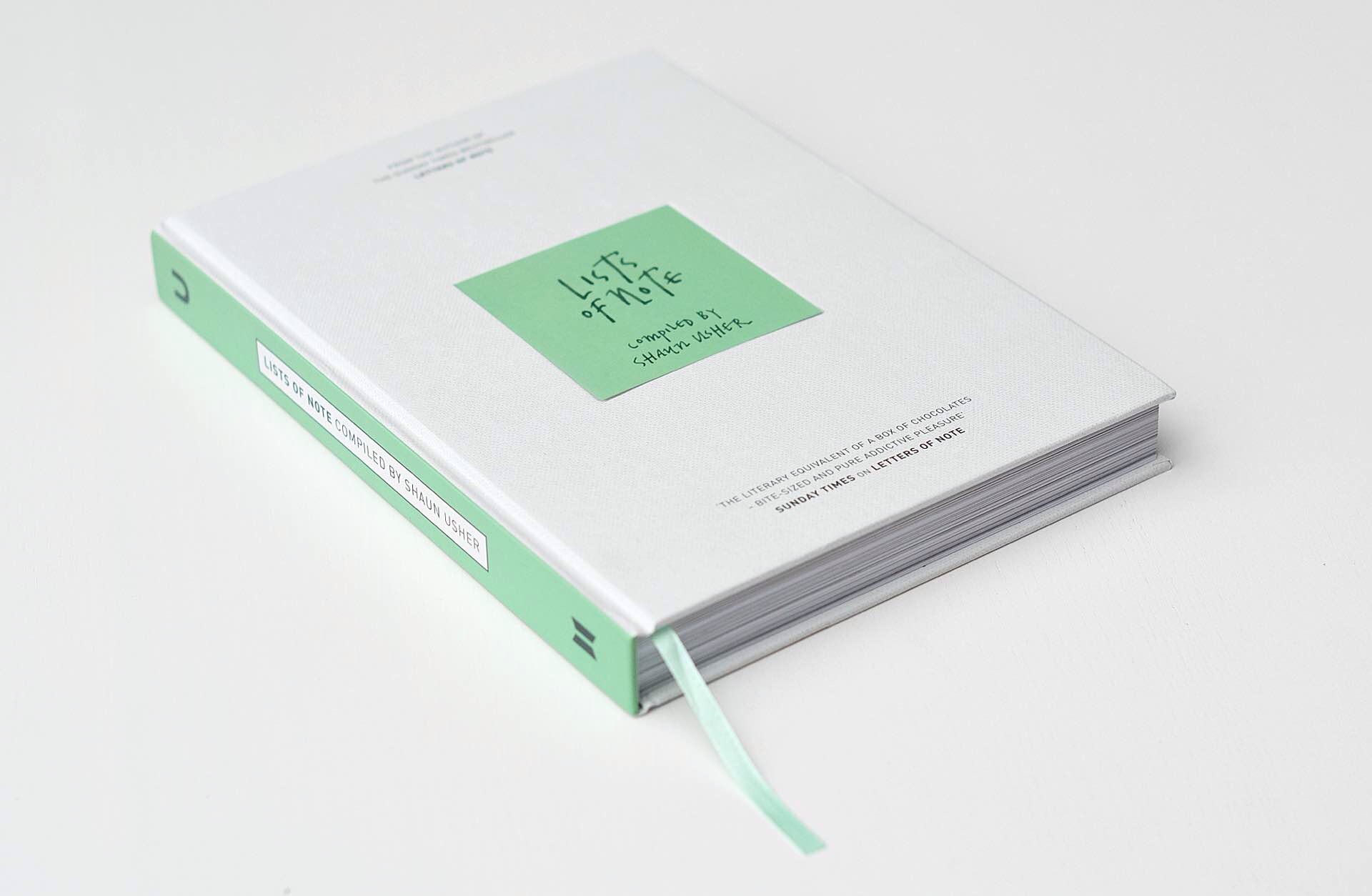 As we’ve mentioned before, we’re fans of the Letters of Note blog and its accompanying book.

Shaun Usher, the guy behind those projects, also has a blog called Lists of Note that documents the lists of notable people throughout history. He compiled 125 of those lists into a book called Lists of Note: Inventories Deserving of a Wider Audience. Through these lists, a kid can see how human historical figures truly were, and what they considered important — whether large or small — in their personal lives.

Here are just a few examples of the lists within: 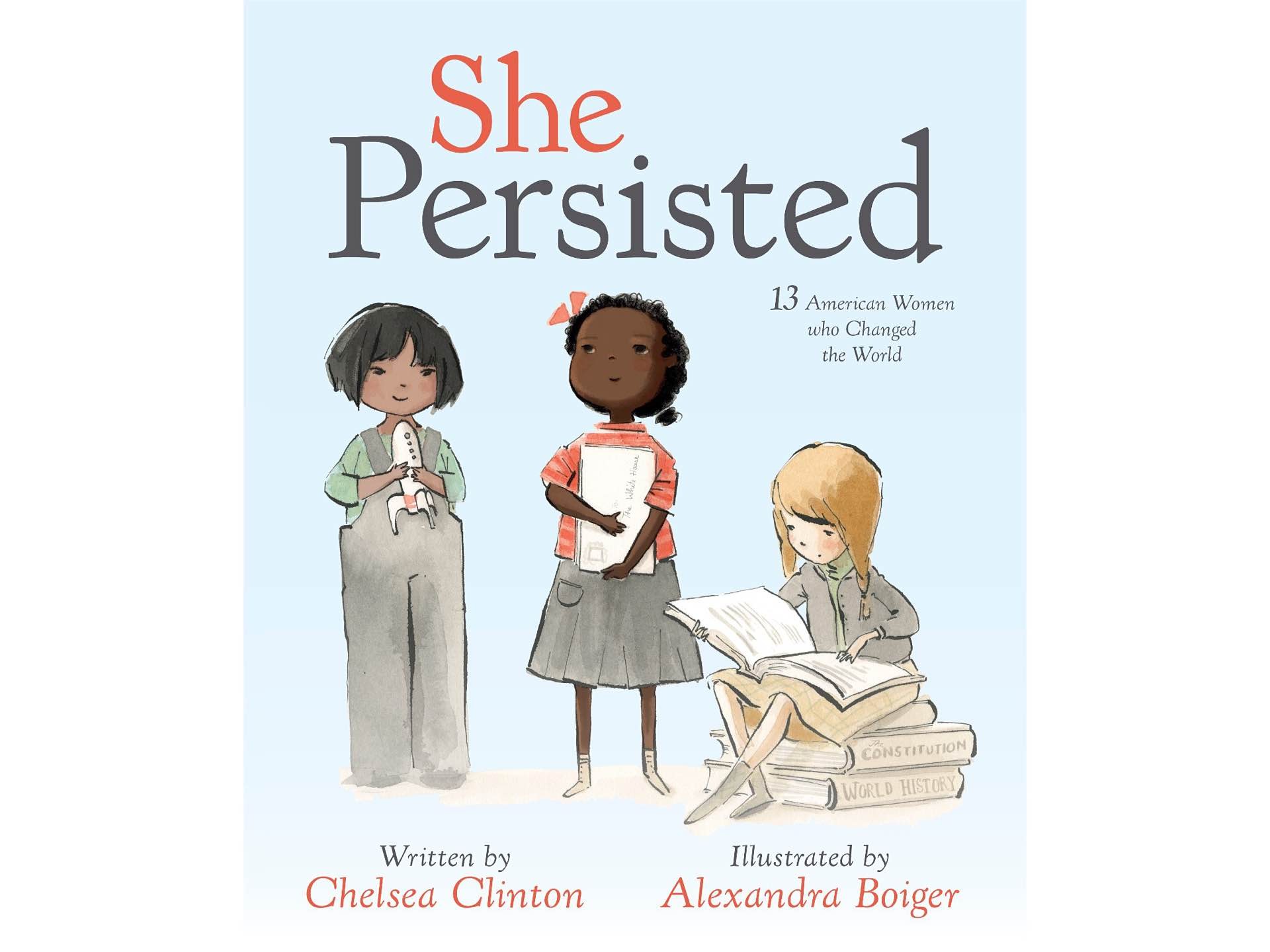 She Persisted by Chelsea Clinton.

She Persisted: 13 American Women Who Changed the World is a picture book — written by former (and almost two-time!) First Daughter Chelsea Clinton and illustrated by Alexandra Boiger — that shares the stories of historic women who relentlessly pursued their goals in the face of adversity. Girls and boys alike have so much to learn from strong female role models such as these.

From the books’ description (link added for reference):

Throughout American history, there have always been women who have spoken out for what’s right, even when they have to fight to be heard. In early 2017, Senator Elizabeth Warren’s refusal to be silenced in the Senate inspired a spontaneous celebration of women who persevered in the face of adversity. In this book, Chelsea Clinton celebrates thirteen American women who helped shape our country through their tenacity, sometimes through speaking out, sometimes by staying seated, sometimes by captivating an audience. They all certainly persisted. 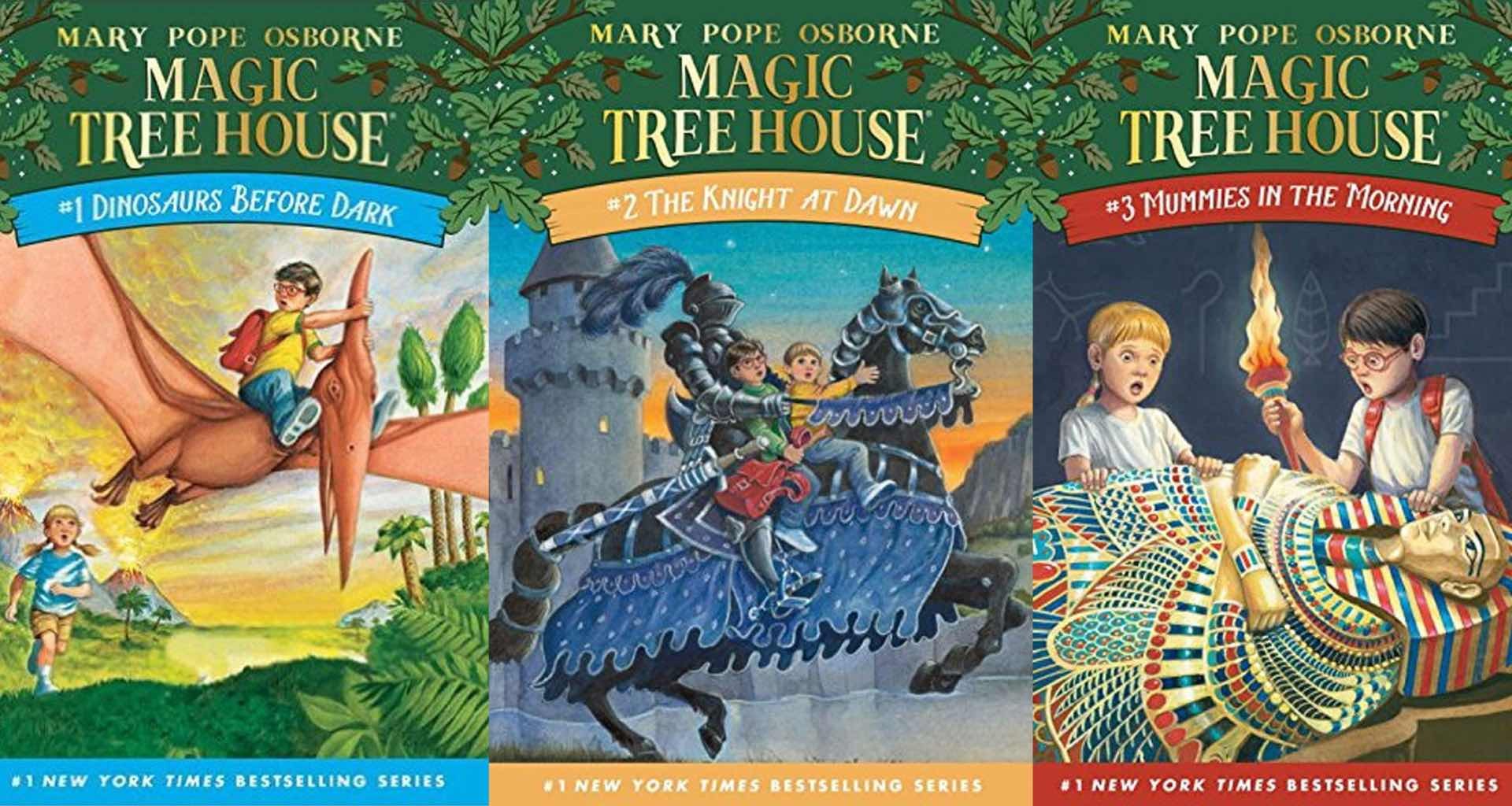 Rather than being biographical in nature, Mary Pope Osborne’s Magic Tree House chapter book series follows the adventures of siblings Jack and Annie, who one day discover a mysterious tree house filled with books that eventually send them on adventures throughout history and around the world. Along the way, they meet famous historical figures and often find themselves influencing the events we learn from history books today.

These are fun stories that work well for both light bedtime reading and showing kids what it might actually be like to travel back in time and see historic events unfold.

Books 1–28 are the “core” of the series and can be bought all at once for $85, in boxed sets of four, or you can buy the individual stories that most catch your eye.

For more great history reads (at least on the US side of things), check out our guide, A Few Great American Biographies. 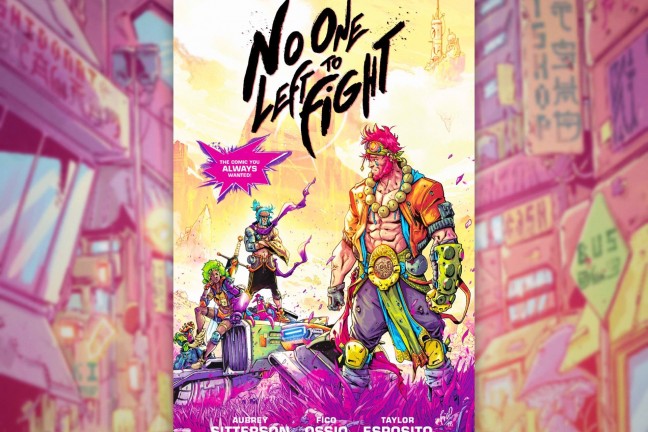 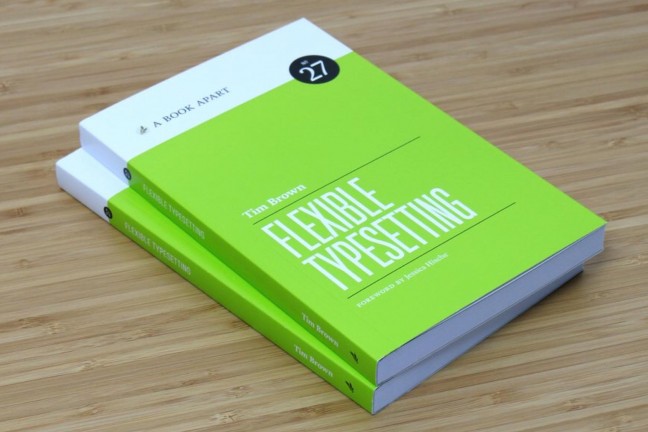 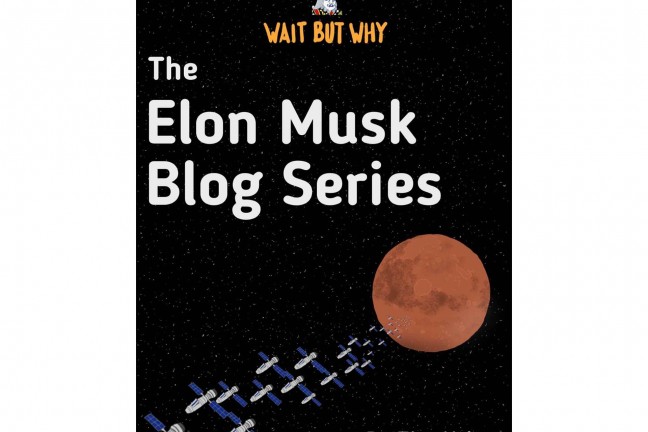