There’s a concept I’ve thought about off and on over the years, which is called wu wei. It’s an ancient Taoist principle that means “non-action” or “without doing”.

It loses something in translation from Chinese to English, so I’ll set the record straight now: wu wei is not the same thing as laziness or passivity (i.e. “The Dude abides”). It doesn’t preach utter inaction, but rather encourages action that is spontaneous, natural, and effortless.

That is a subtle but important difference. It’s the difference between working with gravity, not against it.

Imagine a glass of water. Pour the water into a different-shaped container, and it effortlessly assumes a new form. Dump the same water on the ground, and it naturally flows downhill. It doesn’t fight its environment; it adapts gracefully.

That’s wu wei in a nutshell.

Though I’m not a Taoist myself — and almost certainly have a woefully inaccurate understanding of wu wei on a practical level — there’s something about this concept that fascinates me. I believe it can be useful for those of us who have trouble cultivating good habits or sticking with creative endeavors.

The First Step: Admitting You Have a Problem

At the risk of stating the obvious, we humans are a lazy lot. Some struggle with laziness more than others (*raises hand*), but we all do it to some extent. As much as we like achieving goals, improving at our craft, or checking boxes off our to-do lists, many of us give up as soon as the going gets tough — in some cases, before we even begin.

Need proof? Look no further than the people in your own life. I bet you can name at least one person who has said something like:

The blank can be anything. Take your pick:

People have this knack for psyching themselves out of doing something remotely challenging before they even begin. When the difficulty level doesn’t drive them away, there are plenty of excuses and distractions waiting to pick up the slack:

Write a book? Are you kidding? I’ve got a whole season of [TV show] to binge on!
Between the job and the kids, I don’t know how I’m going to find the time to learn Japanese.
Sure, nothing’s stopping me from going to the store right now and buying some healthier food…buuuuut I’d sure hate to waste all that pizza in the freezer. Also, the bag of chips in the pantry. Oh, I almost forgot about the box of brownie mix too.
I can’t start [project] until I’ve learned every possible detail about it first. Everything needs to go perfectly on my first try.
I used to dream of selling everything I own and sailing around the world, but I’m too old to do something that crazy now. I waited too long.

Any of those sound familiar?

Don’t get me wrong, I’m just as guilty of making excuses as the next person. I won’t belittle anyone else for doing the same because let’s face it, this stuff is hard.

The good news is that it can be made less hard with a little ingenuity.

Humans may be a lazy species, but we’re supremely adaptable. What we lack in sheer willpower we make up for with cleverness.

With a few tricks up your sleeve, you can turn a frustrating uphill climb into a pleasant walk. The point is to stop trying to tackle obstacles head-on, and instead subtly engineer your environment in ways that reduce friction in your life, creating a sort of inertia that will keep you moving forward without having to think (or even exert yourself!) too much.

Take fitness, for example. One of the simplest, most common ways to live a healthier lifestyle is to go jogging every once in a while. But as we all know, simple doesn’t necessarily mean easy. This is where a nifty mental trick comes into play.

If your body rebels at the mere thought of having to drag your sorry butt out of bed tomorrow morning and go for a jog, try a different approach and forget the jogging part altogether. Your new goal is to get up, put on some comfy clothes and shoes, and go outside. That’s it. Don’t worry about anything else. Whether or not you go jogging (or even walking) is irrelevant; just focus on stepping out the door.

It sounds stupid, I know. Setting foot outdoors isn’t exactly a strenuous activity. But this is where it gets interesting. As soon as you’ve walked through that door, you’ve already accomplished something pretty awesome: you’ve subtly tipped the scales in your favor. You’ve put yourself in a place where it’s easier to just do the thing, rather than not do it.

At this point you could totally give up on the jog, head back inside, and snuggle back down into that warm blanket that beckons your name. Or, you could simply check out the sunrise for a while before heading back inside to make breakfast, and that would be okay! Because it was never really your intention to jog. Nobody except you would ever know.

Once you’re out there though, I’ll bet you’ll do it anyway.

I’ve often said that one of the best ways to keep yourself on the plan you create is to make it as easy as possible to do so. The less you have to think about things like exercise and food, the more likely it is that you’ll actually do what you say you will.

That’s the inertia I was talking about earlier. Your only goal is to be in a position where you are working with gravity, not against it. A river doesn’t have to think about going over a waterfall, nor does it ever try to force any sort of outcome one way or the other. It just does what comes naturally: it flows where its environment commands it to.

That river should be you. Set things up correctly, and you’ll you never have to actually think about taking steps toward an end-goal, you’ll just do it. It’ll feel like the most natural thing in the world.

It’s sort of like mise en place but for your life.

Doing nothing is not as easy as it looks. You have to be careful. Because the idea of doing anything, which could easily lead to doing something, that would cut into your nothing, and that would force me to have to drop everything.

As a writer, I have to combat my own laziness on the daily. I love writing, but if my first action of the day is doing anything other than putting words to the page — like, say, checking social media, watching YouTube, or playing video games — the odds of me ever getting started that day go downhill exponentially.

The “Downtime” feature in iOS 12’s Screen Time settings is helpful for this. I can set it to be active for the first few hours of the day, during which access is granted only to apps that help me be more productive. Little things like this, which only take the slightest effort to set up, make it easier for my future self to do the right thing. They create a sort of snowball effect that starts small but gains momentum as time goes on. All I need to do is aim the snowball.

What about you though? What can you do, proactively, to remove friction between your goals and your actions? That’s what I’d like you to think about this weekend. If you take away nothing else from this piece, I hope you at examine at least one thing in your life you’d like to do something about, and think of a simple way to make that thing easier to get started on:

The flip side of all this is, environment is everything. All of what I’ve said thus far applies just as much in reverse. If you surround yourself with junk food, or keep a bunch of games installed on your phone that can distract you from getting things done, or even if you hang out with overly negative/critical people, then you’re going to have a much harder time getting anything accomplished.

When I talk about “engineering your environment”, it’s just as much about weeding out the bad components as it is adding useful ones.

Small, subtle changes to your environment can have a profound effect on your ability to get things done. In the end, it’s still up to you to maintain momentum once you’ve started, but if you can just do one tiny thing to get started on the right track, the rest will come easily. 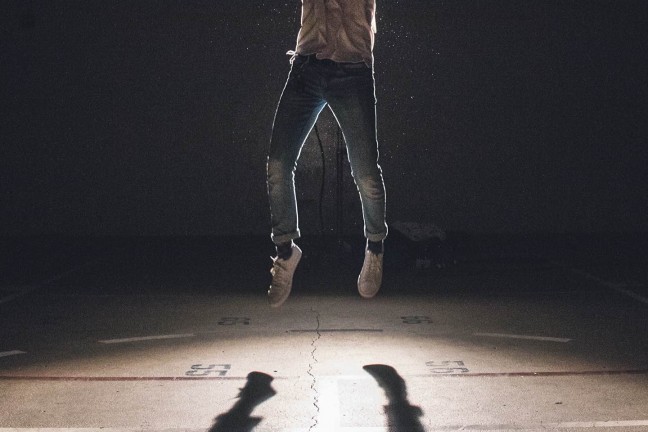 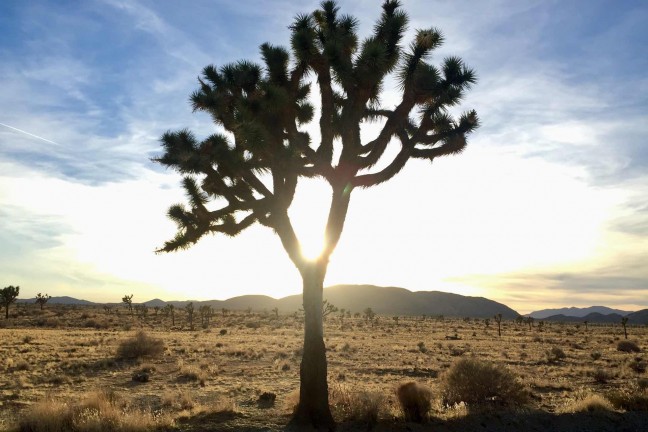 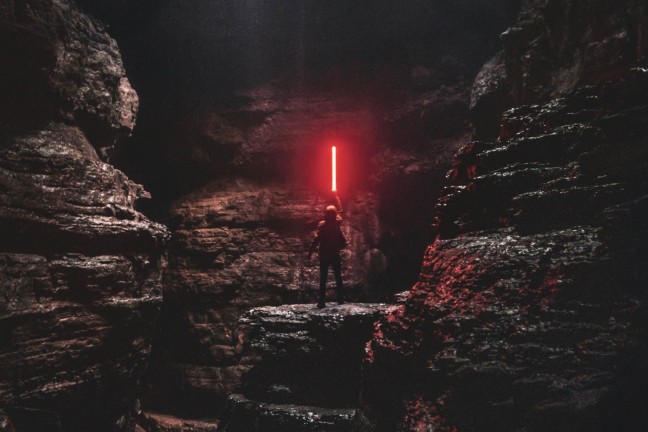