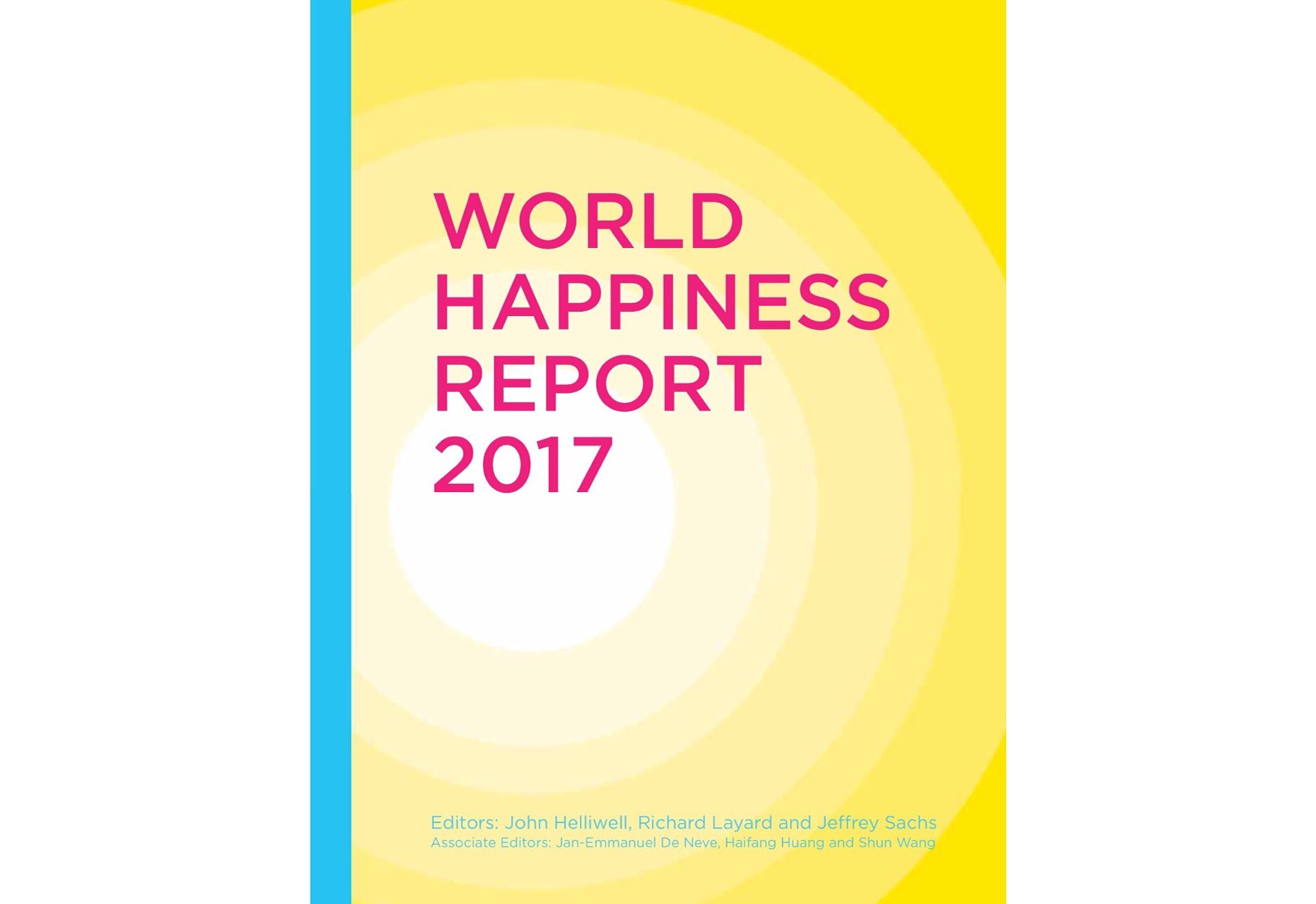 According to this report, recently released by the Sustainable Development Solutions Network (SDSN) — a global initiative launched by the United Nations in 2012 — Norway has unseated Denmark as the happiest nation on Earth:

Norway has jumped from 4th place in 2016 to 1st place this year, followed by Denmark, Iceland and Switzerland in a tightly packed bunch. All of the top four countries rank highly on all the main factors found to support happiness: caring, freedom, generosity, honesty, health, income and good governance. Their averages are so close that small changes can re-order the rankings from year to year. Norway moves to the top of the ranking despite weaker oil prices. It is sometimes said that Norway achieves and maintains its high happiness not because of its oil wealth, but in spite of it. By choosing to produce its oil slowly, and investing the proceeds for the future rather than spending them in the present, Norway has insulated itself from the boom and bust cycle of many other resource-rich economies. To do this successfully requires high levels of mutual trust, shared purpose, generosity and good governance, all factors that help to keep Norway and other top countries where they are in the happiness rankings.

Meanwhile, here in America, we’ve dropped to 14th place. (The chart is on page 22 of the PDF.) 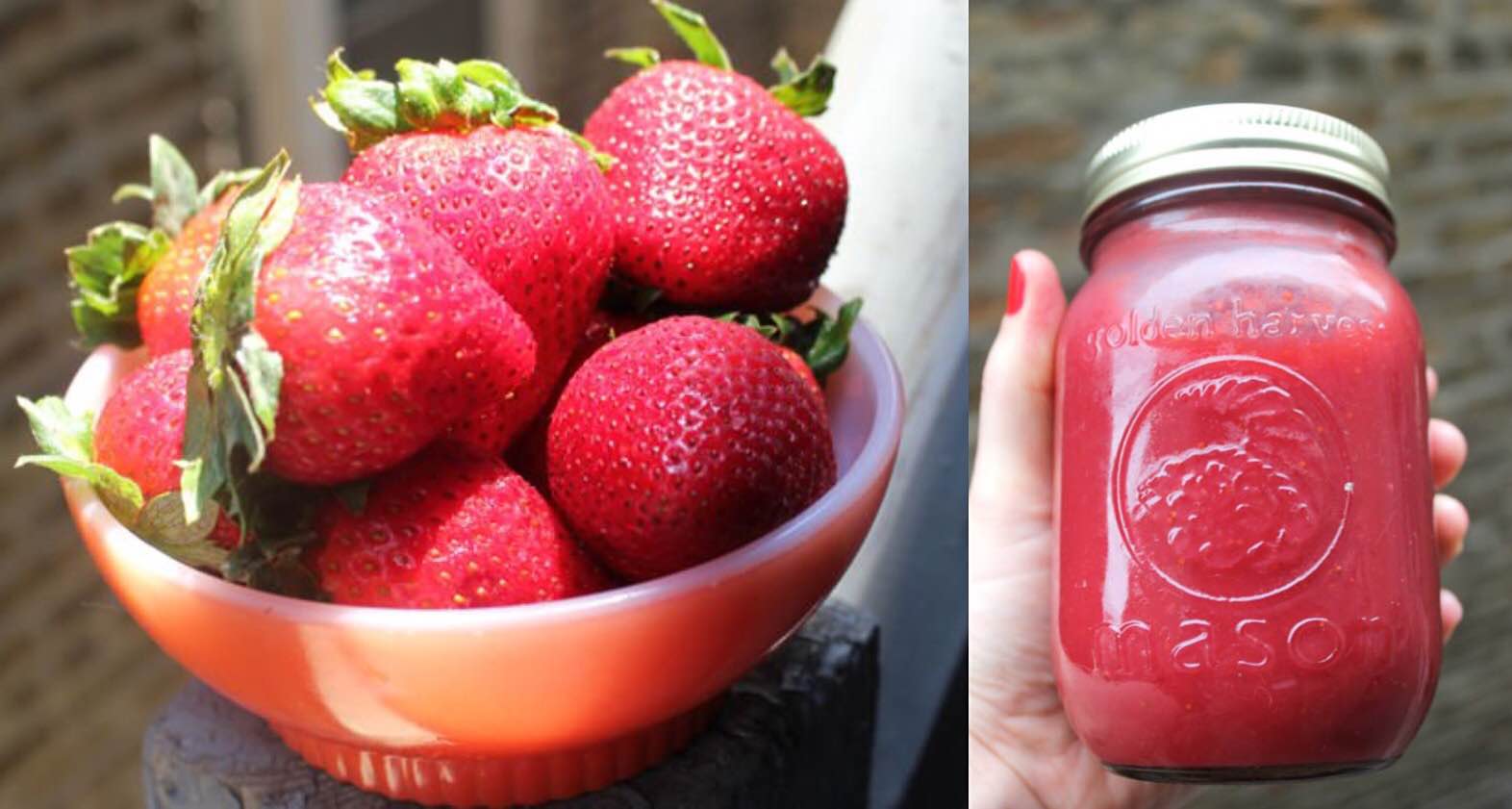 How to Make Strawberry Jam »

Despite it only being March, my family and I have had good luck lately with the quality of strawberries we’ve been buying. It was serendipitous, then, when Jason Kottke recently tweeted a link to this Rookie Magazine article showing an easy way to make strawberry jam:

I am not exaggerating when I say this: This strawberry jam is one of the best things you’ll ever taste. No lie. You will never, ever want to eat jam from the store again. Not only is it way better for you, because it’s fresh and doesn’t have horrible things in it like high-fructose corn syrup and weird artificial dyes, it also makes a fantastic, super-cheap, seriously impressive gift. Why? Because people love jam and, for some reason, everyone thinks making it is really hard. In reality, all you have to do is remember the number two, and you can make jam from scratch from memory forever!

The key to getting rid of those too-big chunks that plague so many store-bought jams? Blending the strawberries into a liquid before reducing them in a saucepan. Who’da thunk? 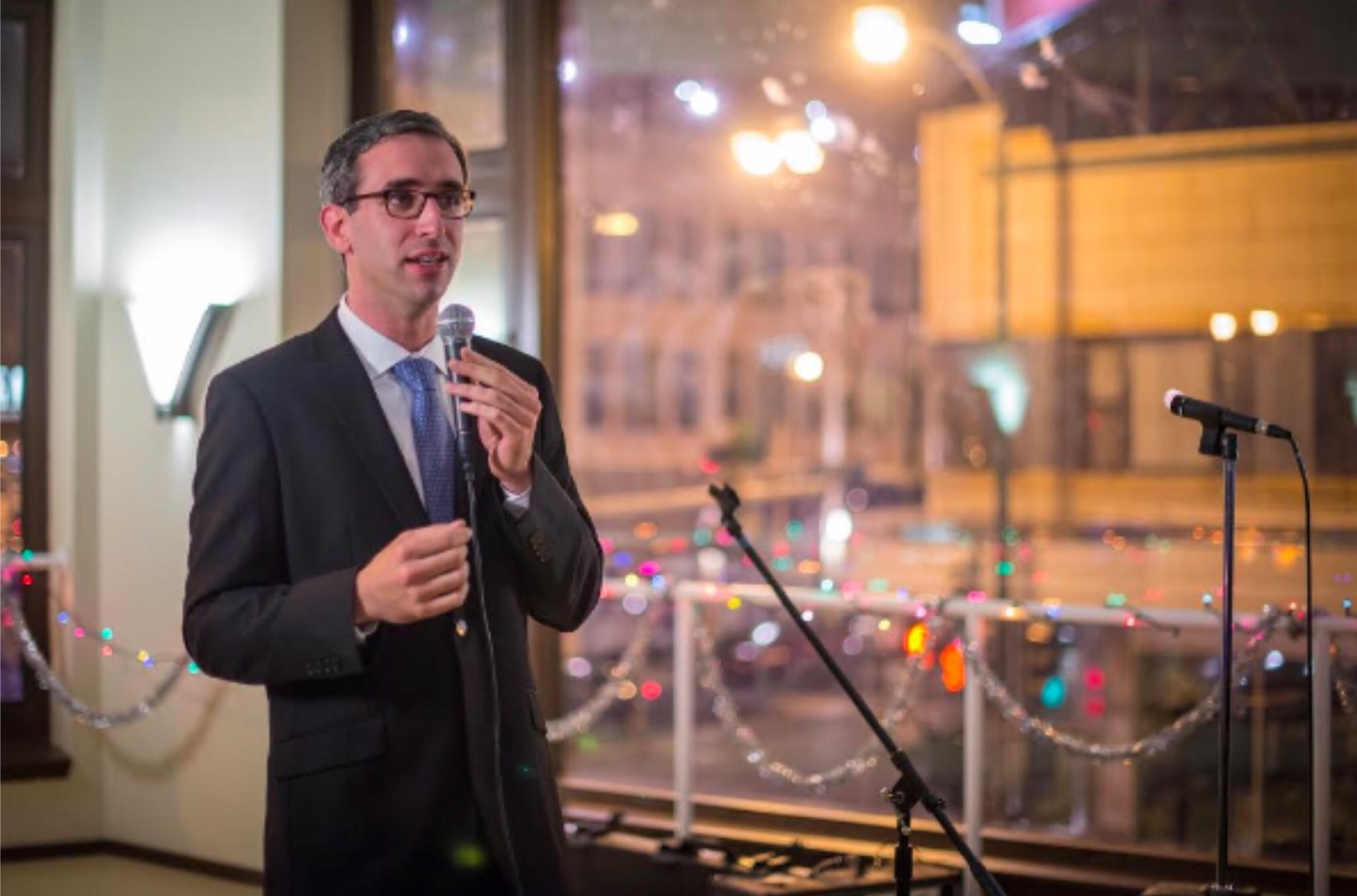 Why We Run: Will Guzzardi »

With the bleak political atmosphere these days, you may have thought to yourself more than once, “You know, I should run for office myself and start fixing this system,” only to dismiss the idea a minute later as too crazy. I mean, how is anyone supposed to compete with the rampant corruption and seemingly bottomless pockets of career politicians? It’s unthinkable!

Well, let me introduce you to Will Guzzardi, whose story shows how doable it really is. At the age of only 26, he took on the Chicago political machine and won, earning a seat as a member of the Illinois House of Representatives:

What surprised you most about campaigning?

I was perpetually surprised by the degree to which people wanted to talk to me when I knocked on their doors. Some people of course would tell you ‘I’m busy come back another time,’ but so many people when they found out I was running for office had questions and wanted to tell me things. People were on the whole excited to have someone show up on their doorstep and want to talk to them. People to this day will stop me on the street and say, “Will, you knocked on my door in 2011!” That was very cool and I found it very powerful. I was expecting a lot more slammed doors in my face.

If you’re a fellow progressive under the age of 35 and you’re thinking of running for office someday, check out the Run For Something website. You can also use the RunForOffice.org search function to see which offices you’re eligible to run for, with the info you need to get on the ballot.

Running for office is an attainable goal! You’ll just have to dig in and do the work. (Can you tell I’ve been thinking a lot about this?) 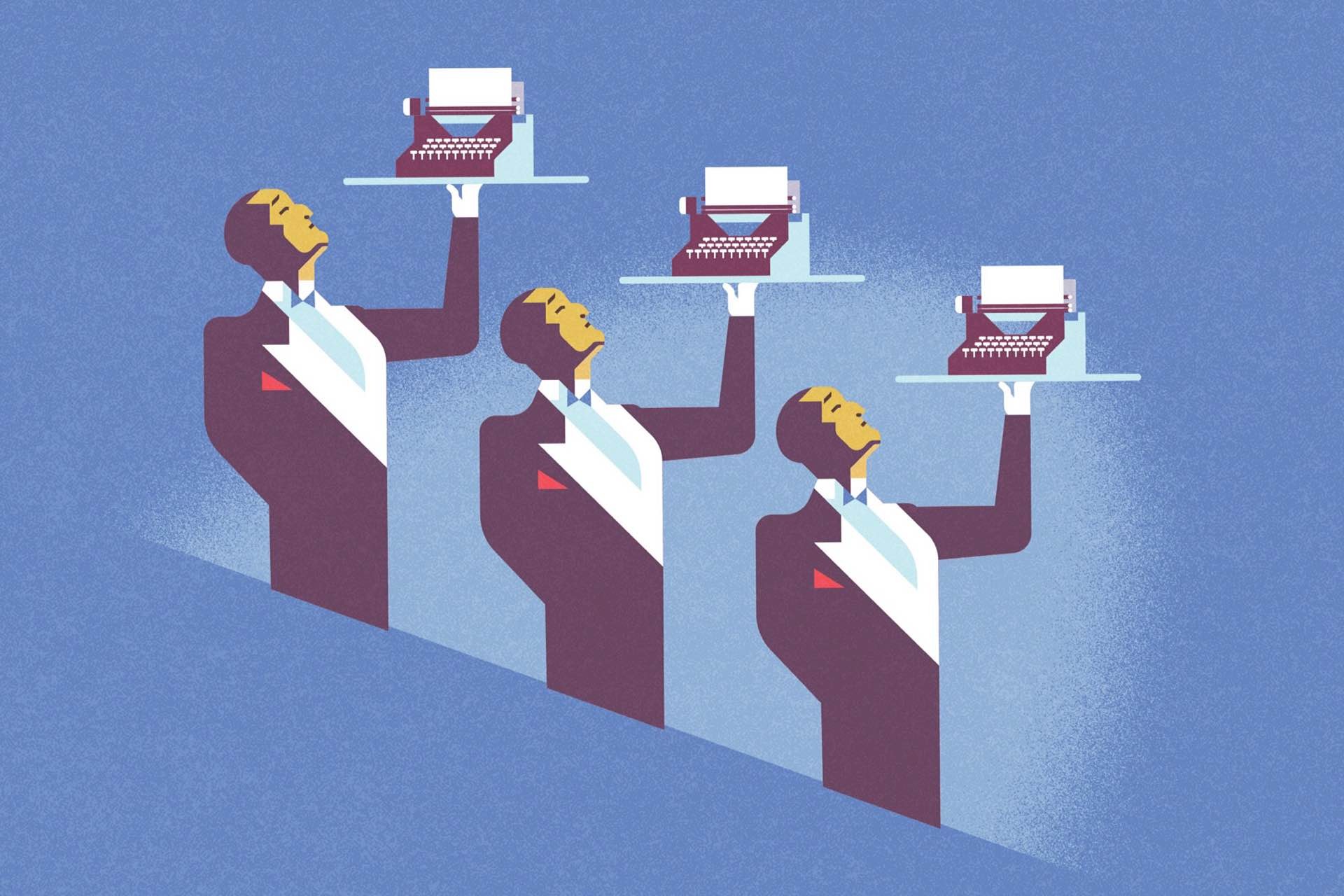 The Rise (and Fall?) of Food Writing »

In this piece for The Ringer, Bryan Curtis shows that food writing is more popular than ever, but getting readers to pay for it? That’s a whole ‘nother story:

This — no pun intended — is the rub. Just as the world has minted enough Bourdain-worshipping, elusive-taco-truck-hunting foodies to create a reliable audience for food writing, it is struggling to pay for it. Music is cheap to stream, and even cheaper to steal. You have to pay $700 for the privilege of panning Per Se. If everyone wants to be a food critic, who’s going to pick up the bill?

If you can believe it, this article was published only a couple weeks before Amanda Kludt of Eater predicted the imminent closure of the popular Lucky Peach food magazine when it was discovered that its entire staff would be laid off in May, which was confirmed a couple days later by Peter Meehan himself.

In this followup post, Eater’s Ellen Fort collected a few of Lucky Peach’s greatest hits. Read them while you can. A sad time for food writing, indeed.

Timeless Advice on Writing: The Collected Wisdom of Great Writers »

Back in 2013, Maria Popova of Brain Pickings started a periodically updated list of writing advice presented on the site over the years. Some great stuff in there, like these:

7. Elmore Leonard’s 10 Rules of Writing
“If it sounds like writing … rewrite it.”

50. 10 Tips on Writing from Joyce Carol Oates
“Don’t try to anticipate an ideal reader — or any reader. He/she might exist — but is reading someone else.” 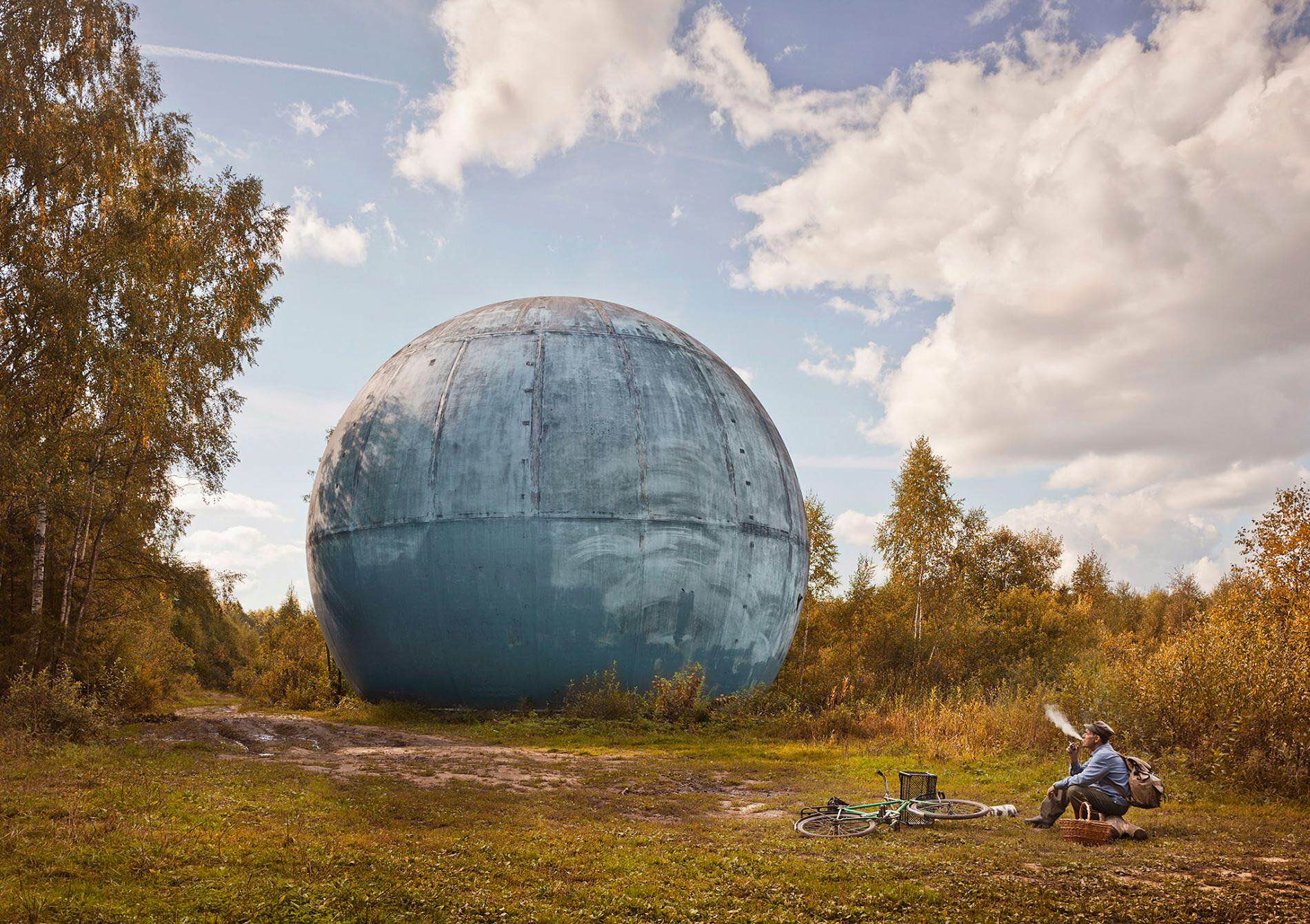 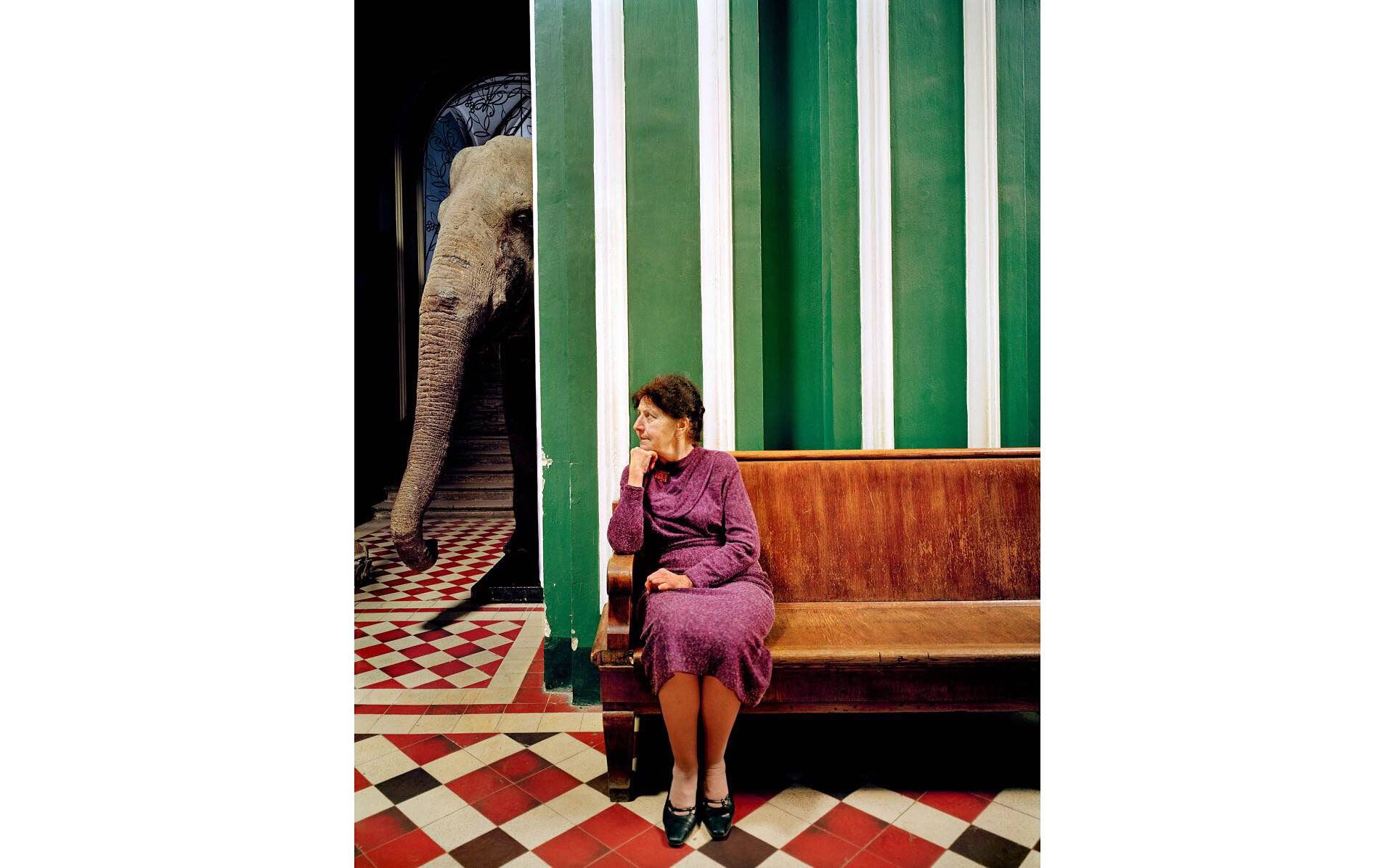 Daniel Stone of National Geographic shares a series of photos by Frank Herfort showing how deeply interesting the simple scenes of daily life in Russia can be:

Herfort finds himself wandering around, sometimes with just a backpack, and when he observes someone doing something utterly ordinary—a woman waiting for the train—he’ll ask if he can make a photo. Most often, the confused subject agrees, and looks around a bit confused as Herfort sets up a flash or two. On occasion, they’ll be asked to repeat that thing they did a moment before. The way they walked. The way they stood. Make that face again.

You could miss a lot of the country’s nuance just reading the newspaper, Herfort says. You could think of Russia as one single, evil fairytale villain, when really, there are millions of little fairy tales even more surreal, bizarre, and worth looking at. “There’s something else happening there. There’s still something beautiful, something strange.” In the routine of life, you could call it pride. 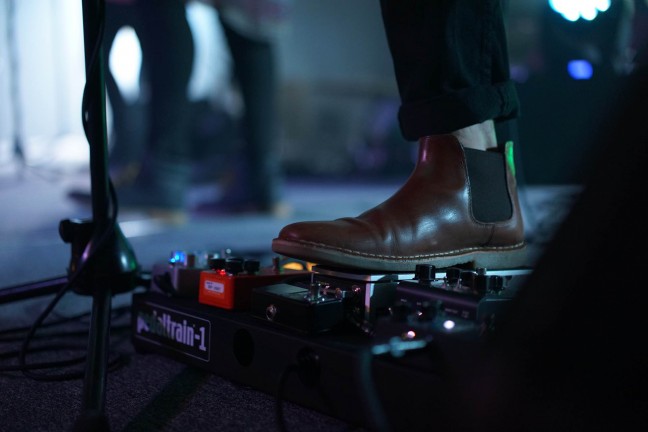 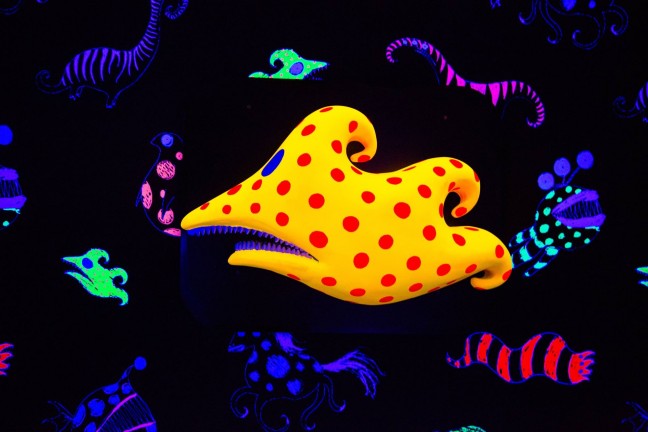 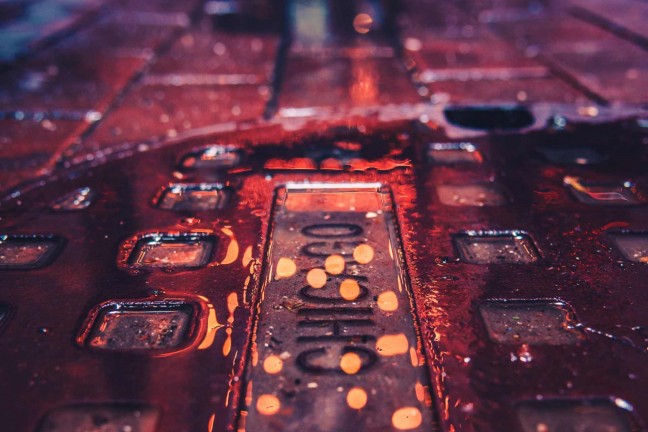 Lessons from Anthony Bourdain and Mister Rogers, Making Videos as an Introvert, and a Joyous Drum Cover