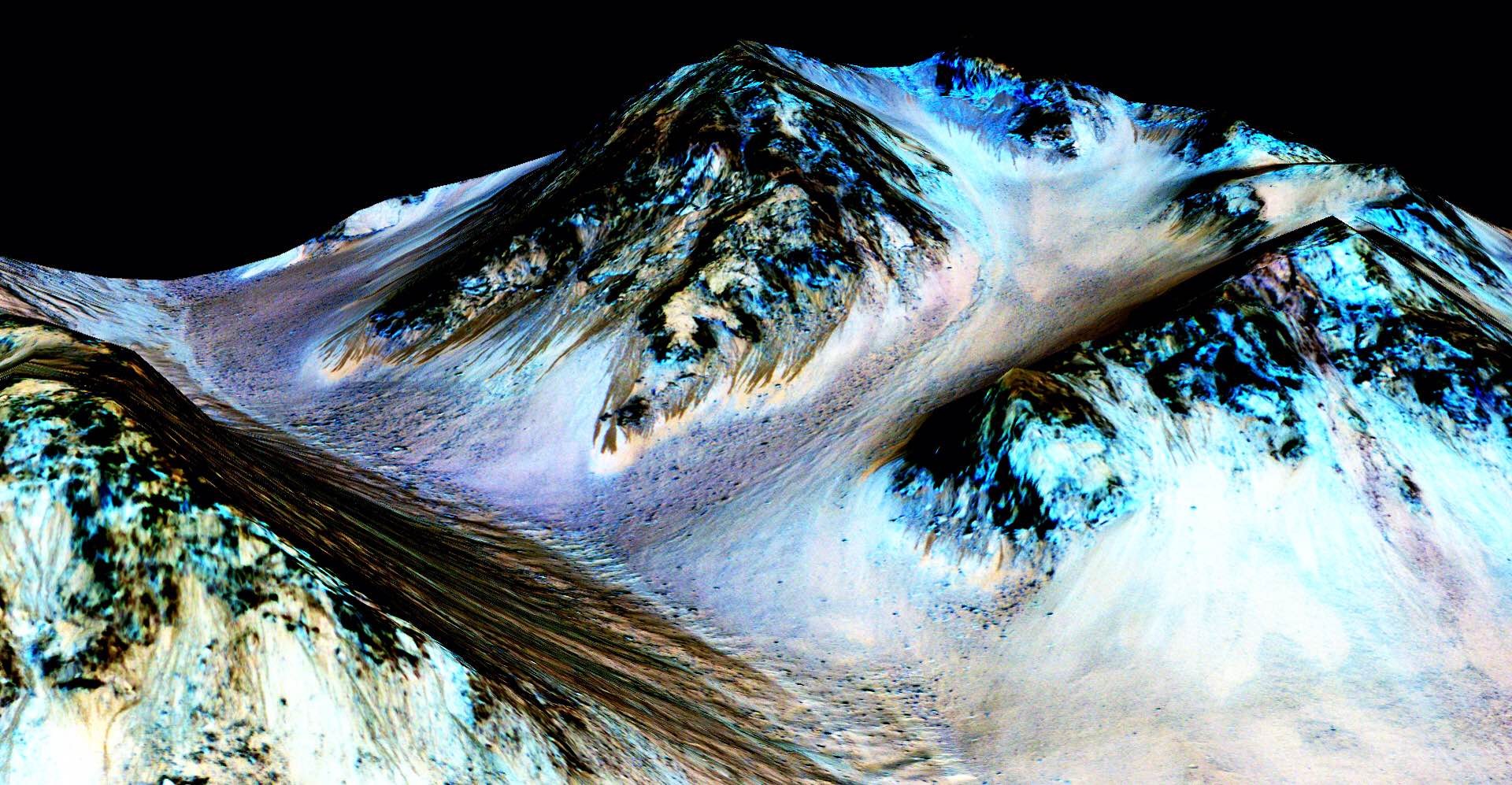 Yes, you read that right. Flowing water on Mars. Not ancient Mars; the planet as we know it today.

“When most people talk about water on Mars, they’re usually talking about ancient water or frozen water,” [Lujendra Ojha, lead author of a published report on these findings] said. “Now we know there’s more to the story.” […]

“It took multiple spacecraft over several years to solve this mystery, and now we know there is liquid water on the surface of this cold, desert planet,” said Michael Meyer, lead scientist for NASA’s Mars Exploration Program at the agency’s headquarters in Washington. “It seems that the more we study Mars, the more we learn how life could be supported and where there are resources to support life in the future.”

Scientists have known for a while that Mars was once host to a large ocean, but we civilians tend to think of the red planet as a dry, cold desert. Now, our prospects of colonizing Mars are looking better than ever.

If you didn’t catch the press conference while it was streaming live the other day, you can watch it here: 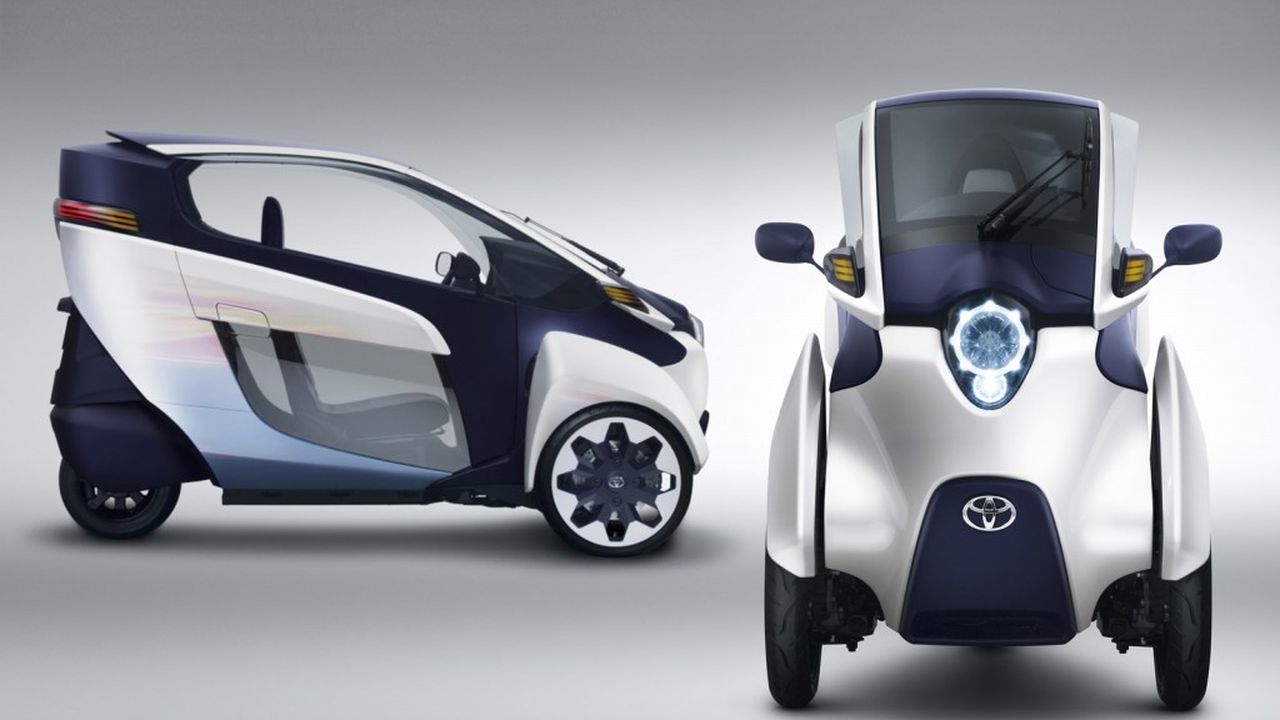 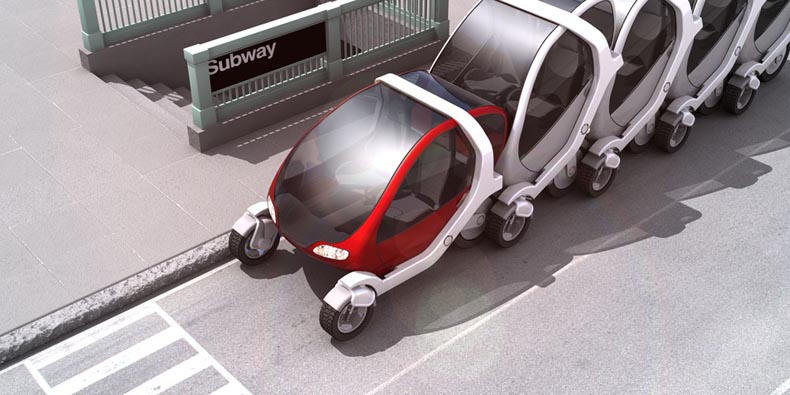 David Roberts of Vox gets a little sci-fi (in a good way) about all the ways autonomous electric vehicles (AEVs) could change the fabric of society:

Consider how AEVs might transform transportation into a service. Imagine a fleet of shared AEVs, of varying sizes and purposes, that can be summoned with a smartphone app — dare I say it, an Uber, but for self-driving cars. (This is not Jetsons futurism; Tesla is already pondering it.) If right-sized transportation were available to everyone within minutes, there would be no need for every individual to own a vehicle that is parked 95 percent of the time.

When they are not in use, AEVs could drive themselves to specially designated parking garages, where they could be stacked much closer than human-piloted vehicles and plugged into the electrical grid, where they can serve as distributed energy storage. There would effectively be no need for any other parking, especially on-street parking, and there would be no distracted, frustrated human beings driving around looking for parking. 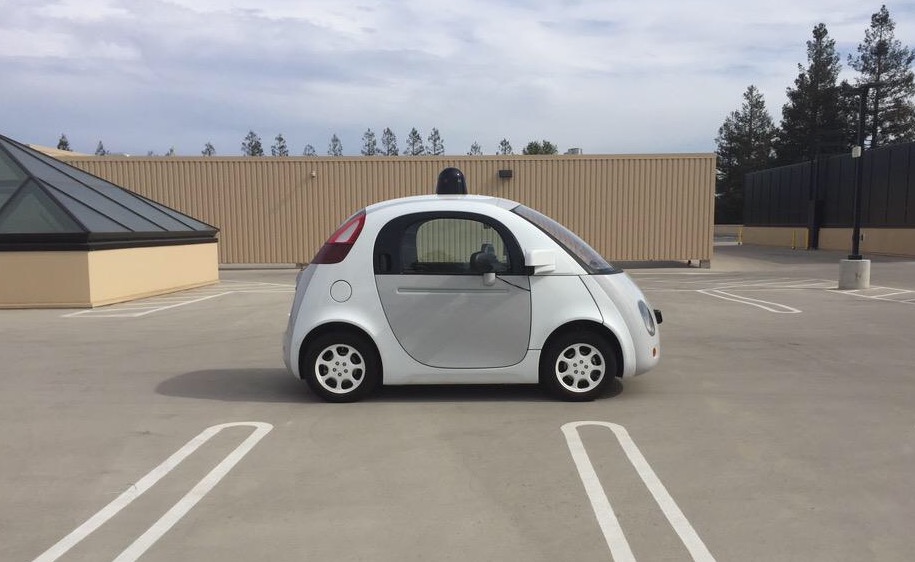 Google’s Cute Cars and the Ugly End of Driving »

On a similar note, Mat Honan wrote an excellent piece for BuzzFeed about Google’s own experimental AEV fleet:

The first time I rode in a fully autonomous car, what really impressed me was when the car saw something that I could not. As I rode down a residential street in Mountain View, the car slowed, for no apparent reason. Yet in the front seat, a laptop showed everything the car could “see.” And up ahead, there was a man, in the street, standing behind a double-parked vehicle. He was concealed from my eyes, but the car detected him. And it slowed down, anticipating that he might step out unexpectedly.

It anticipated this because each and every one of Google robot cars has experienced the totality of everything all its siblings have experienced. Google’s cars have driven a total of 1.2 million miles on the roads. We tend to think of this as combined experience — an aggregate number. But what it really means, effectively, is that every single car has driven that distance, has experienced it. This is a machine that learns. And in addition to that on road time, the cars log, Google said yesterday, 3 million miles every day running scenarios.

This car is a better driver than me, or you, or any of us.

Later in the article, he raises some good questions we as a society will inevitably have to answer as AEVs become part of our daily lives. Which, in itself, is inevitable whether you like it or not. 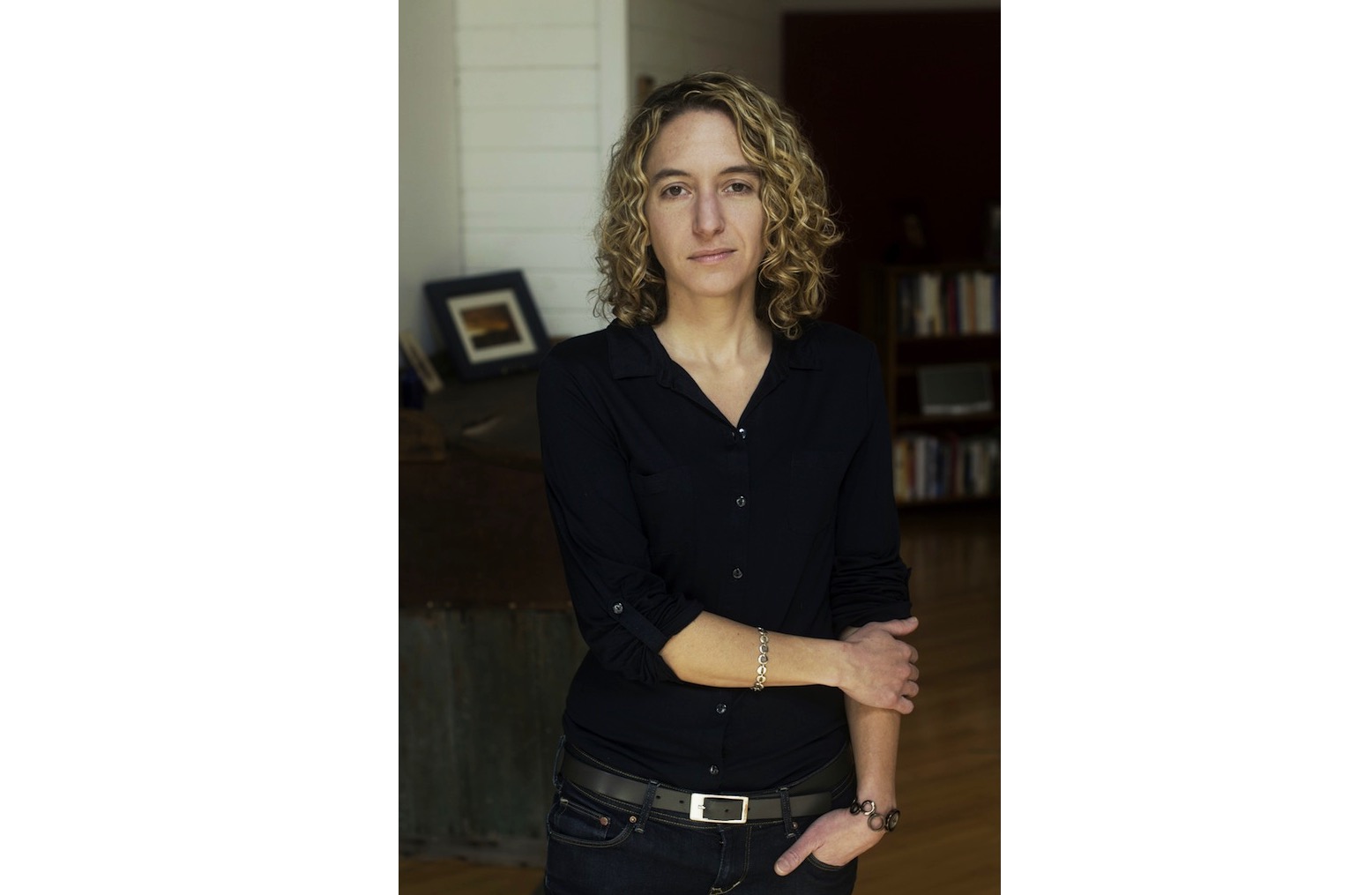 Kathryn Schulz on “The Really Big One” »

Remember that terrifying New Yorker story about the earthquake that will devastate Seattle that I linked to a few months ago? The author, Kathryn Schulz, was recently interviewed by Michelle Nijhuis of The Open Notebook about her research for the story and her thoughts on the reactions it provoked:

When you first think about this story, you might think, “Oh, what could be easier? People love natural disasters, this thing’s going to write itself.” But what I realized almost right away is that it’s very difficult to tell the story of something that hasn’t happened yet. When it isn’t fact, when it isn’t what has happened or what is happening—when that particular tool is taken out of the tool chest, you can get in a lot of trouble, or have a lot of difficulty. […]

So initially I was quite worried that there would be this brief reaction—“Whoa, scary disaster-porn story”—and that would be that. As time went on it became clear that actually, it wasn’t being taken as disaster porn, it was being treated seriously. I was really happy that the seismological community and the emergency management community stood behind it. And it seems like people are actually doing things. Contractors are emailing me to say, “You just made my year financially.” People are bolting their houses to their foundations. I’ve gotten enough indications that, in various ways, communities in the Northwest have taken it seriously. 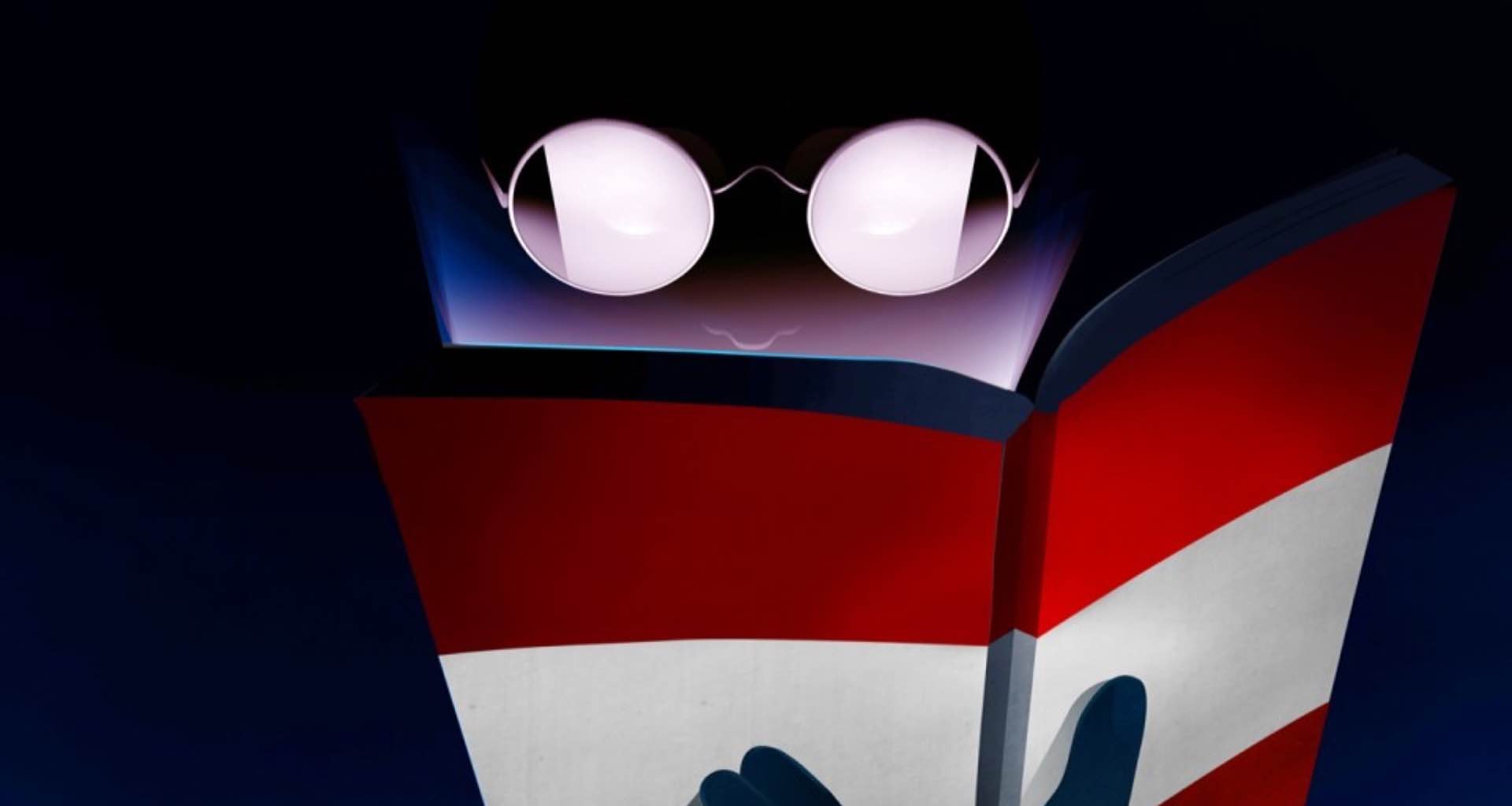 Will Digital Books Ever Replace Print? »

Craig Mod writes for Aeon Magazine about why he’s gotten over his love affair with digital reading devices and returned to physical books:

Aside from revamping digital book covers and the library browsing interface, Kindles could remind us of past purchases – books either bought but left unread, or books we read passionately and should reread. And, in doing so, trump the unnetworked isolation of physical books. Thanks to our in-app reading statistics, Kindle knows when we can’t put a book down, when we plunge ourselves into an author’s world far too late into the night, on a weeknight, when the next day is most definitely not a holiday. Kindle knows when we are hypnotised, possessed, gluttonous; knows when we consume an entire feast of words in a single sitting. Knows that others haven’t been so ravenous with a particular story, but we were, and so Kindle can intuit our special relationship with the text. It certainly knows enough to meaningfully resurface books of that ilk. It could be as simple as an email. Kindle could help foster that act of returning, of rereading. It could bring a book back from the periphery of our working library into the core, ‘into the bloodstream’, as Susan Sontag put it. And yet it doesn’t.

Personally, I read a lot more digital books these days than I do physical ones, not out of joy but of convenience. While physical books are more pleasurable to hold because of their tacticle feel and even smell, and though I love the idea of owning tall bookshelves filled with books of all shapes, sizes, and colors, with ebooks I can carry an entire library in my pocket, adding highlights and notes as I read which can easily be copied elsewhere later.

I’m torn on this issue and likely always will be. 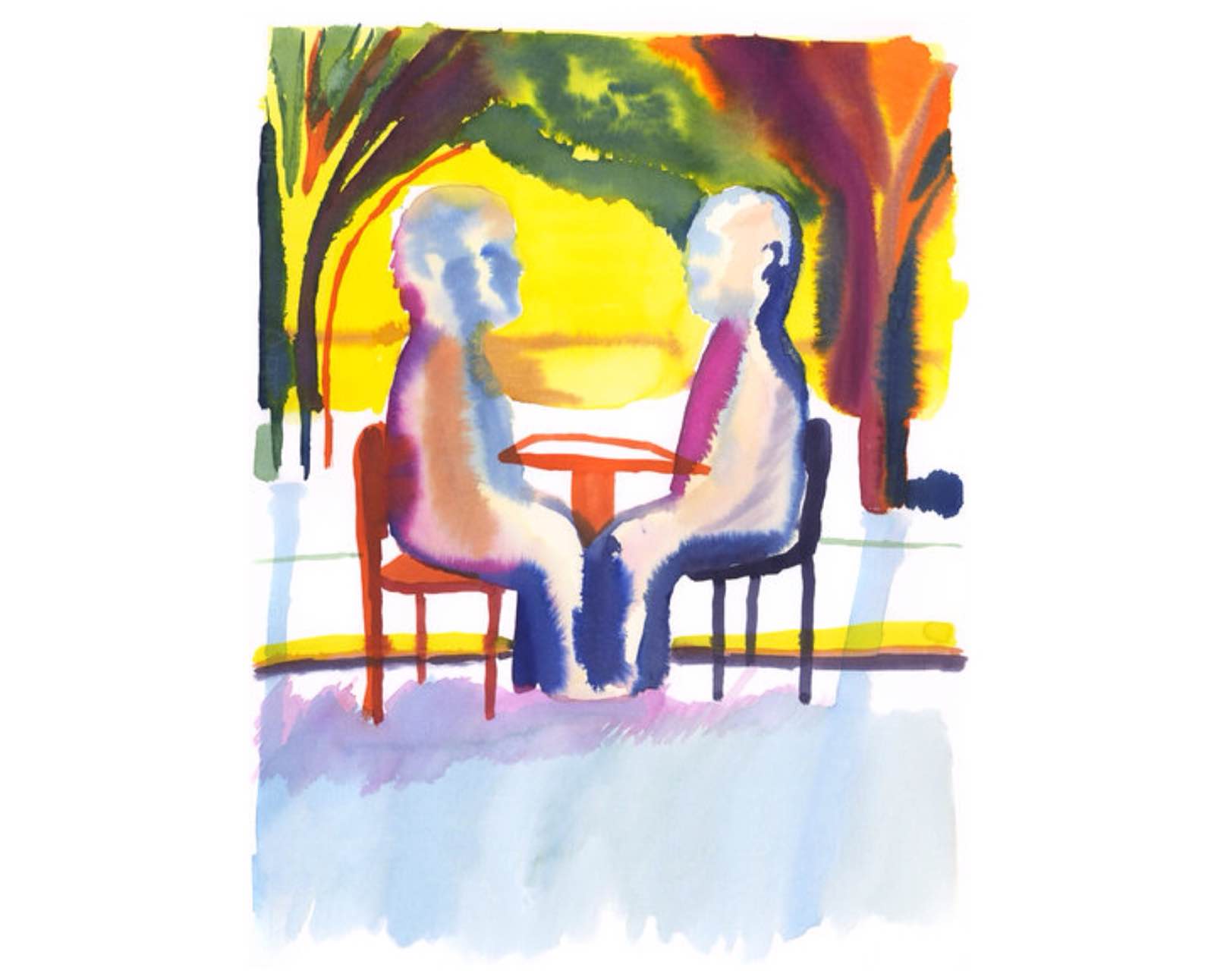 MIT professor Sherry Turkle, in an op-ed for The New York Times, writes about the scientifically-proven decline in our face-to-face conversations:

It’s a powerful insight. Studies of conversation both in the laboratory and in natural settings show that when two people are talking, the mere presence of a phone on a table between them or in the periphery of their vision changes both what they talk about and the degree of connection they feel. People keep the conversation on topics where they won’t mind being interrupted. They don’t feel as invested in each other. Even a silent phone disconnects us.

Across generations, technology is implicated in this assault on empathy. We’ve gotten used to being connected all the time, but we have found ways around conversation — at least from conversation that is open-ended and spontaneous, in which we play with ideas and allow ourselves to be fully present and vulnerable. But it is in this type of conversation — where we learn to make eye contact, to become aware of another person’s posture and tone, to comfort one another and respectfully challenge one another — that empathy and intimacy flourish. In these conversations, we learn who we are. 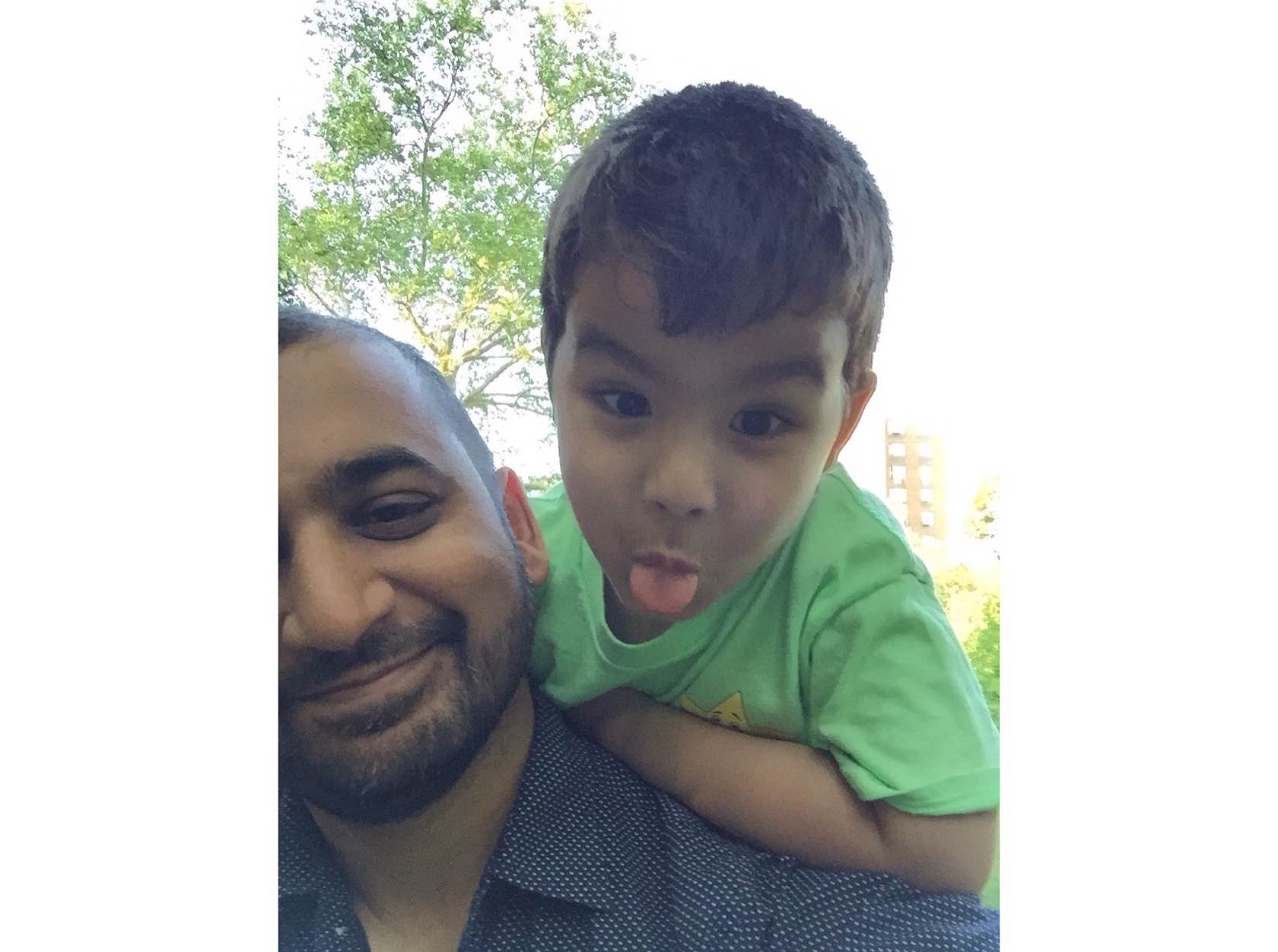 Beyond Doing Half the Parenting »

Anil Dash, professional dad-joker and sweater-wearer (hi Anil), is committing to taking on his fair share of duties at home. While I can relate with that, I wanted to instead share the portion of his article dedicated to the benefits of fatherhood (bolded emphasis mine):

For me, though, the lack of sleep was almost a footnote compared to the changes in perspective that arose. Before, my career (and more broadly, all the things I was interested in) occupied almost all of my waking hours, except for time with my wife. Immediately after my son was born, the entirety of my work life shrank from its central role in my thoughts. There’s a clarity about what matters that I could only have found as a father. […]

The pragmatic effect of my change in perspective has been that I actually became more efficient and effective at work. If I had five items on my to-do list in the morning, I might have checked off one or two of them by the end of the day before I had a kid. Now, I know I better get four or five done, or they’re just not gonna happen. I thought I was unique, in that parenthood actually increased my productivity at work, but I’ve heard this from a lot of other parents as well. Life hack! 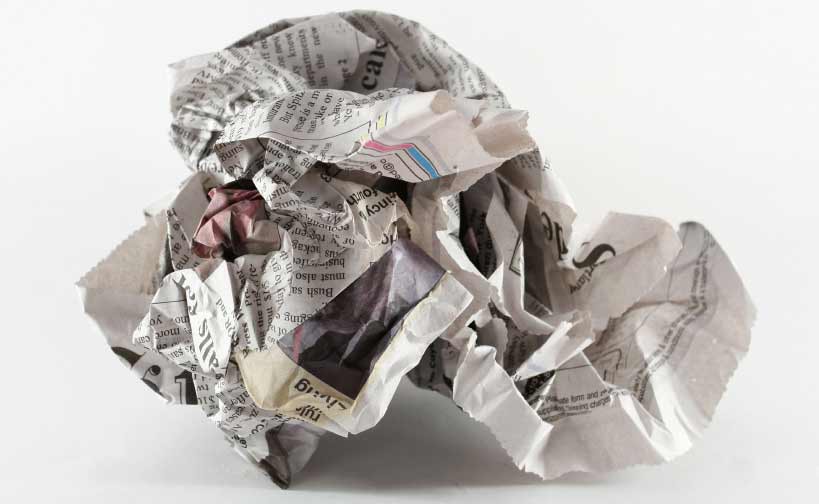 Dave Pell (who you may know from the awesome NextDraft newsletter) argues that, while many news media companies may have gotten the print → digital transition wrong from a business standpoint, we all have a stake in keeping them alive (bolded emphasis mine):

It’s hard to feel sorry for the news organizations that have utterly failed to pay enough attention to the top story of a generation. It’s one thing to bury the lede. It’s another to allow it to bury your industry.

But if you can’t feel sorry for news orgs, then at least feel sorry for yourself. Because news really is different. The demise of reporting outfits is not only about the loss of jobs and the diminishing of fortunes, it’s a severe blow to society. It represents the potential silencing of the only voice many people have. 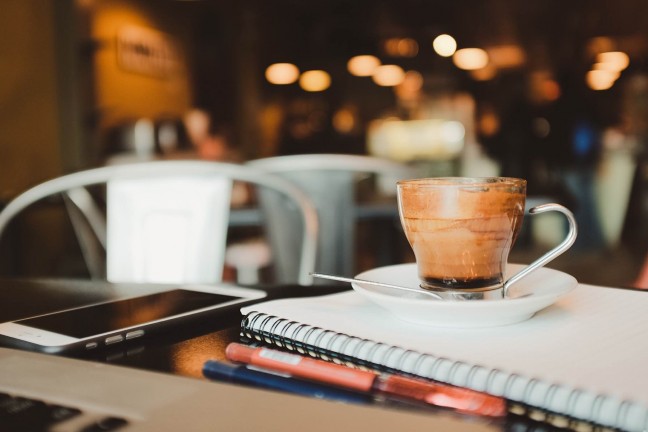 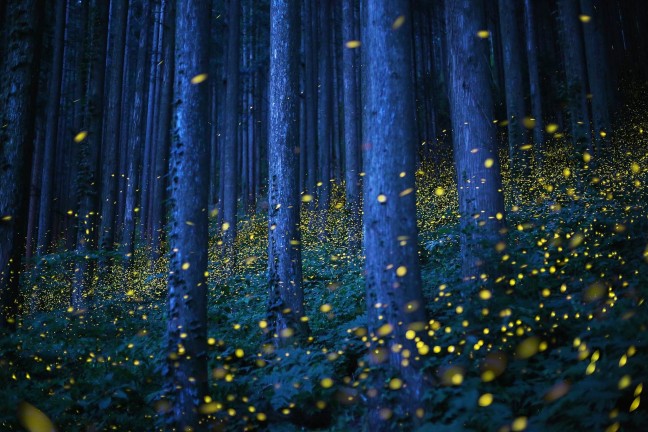 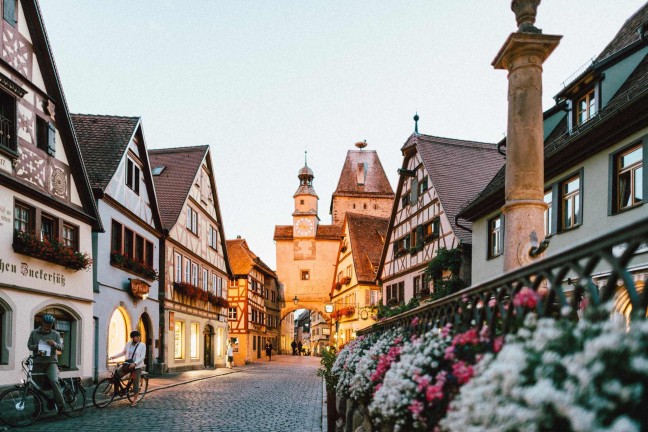 Quality Linkage: Slight Exaggerations, Artisans at Work, and the Lost Art of Bending