Tech Nerds are Smart. But They Can’t Seem to Get Their Heads Around Politics »

David Roberts of Vox argues that we nerds aren’t getting involved enough in the political world. After diving into a bunch of political nerdery for a while and indeed making my eyes glaze over, he arrives at the meat of the matter (emphasis mine):

Showing up means dealing with annoying people, many of whom are on your side. It means unpleasant compromises and second- or third-best solutions. But there’s no way a new world can be born out of the old one without the midwifery of public policy. Musk may be several orders of magnitude smarter than most politicians, but politics is nonetheless the eye of the needle through which his enterprises must pass on their way to the promised land.

As much as I hate to admit it, Roberts has a point.

It would be nice if we didn’t have to convince stubborn politicians like my own state senator Jim Inhofe (sigh) that climate change is real, or that giving more people access to healthcare is a good thing and not “giving handouts”, or that electric cars are far superior in every way to those with internal combustion, or any of a number of other issues that seem so obvious to nerds like us but frustratingly out of the reach of far too many of our representatives.

And yet, to actually move the needle on any of those issues, it behooves us to get involved in the political world — even if only with our vote, if not outright activism.

As a far-left liberal Oklahoman, I myself have often avoided the voting booth because, “What’s the point? My vote won’t matter in the end.” Which, as time passes, I’m seeing is exactly the wrong kind of thinking if I want to effect meaningful change.

Thanks to the Vox piece above, I found my way to three excellent (and long) articles by Tim Urban of Wait But Why. The last time I came across his site was in mid-2014, when he had written about the Fermi Paradox, a theory about the likelihood of extraterrestrial civilizations living in our galaxy. Go read it if you havent yet.

Anyway, the three aforementioned articles — with a fourth one still in the works — make up a series focused on Elon Musk and why his incredible work matters so much. I can’t recommend them highly enough; Urban’s writing style manages to convey large ideas in easily-digestable and humorous ways, and I will be subscribing immediately (I really should’ve done so sooner). Basically, he does a ton of research so you don’t have to.

Actually, the Vox piece above said it best:

Like I said though, they’re long articles so you’ll probably want to Instapaper them for later. Although, in my case, the article text wouldn’t save to Instapaper and I had to open them in my browser each time. And my iPad 4 rebooted itself a couple times while I was reading. YMMV.

Here they are, in order:

Urban writes about being asked to meet Elon Musk and take a private tour of the Tesla factory:

It would be like if you had plans to write about the process of throwing lightning bolts and then one day out of the blue Zeus called and asked if you wanted to question him about a lot of stuff.

The first order of business was to have a full panic. I needed to not sit down with these people—these world-class engineers and rocket scientists—and know almost nothing about anything. I had a lot of quick learning to do.

The problem with Elon F****** Musk, though, is that he happens to be involved in all of the following industries:

Zeus would have been less stressful.

What a cool opportunity.

2. How Tesla Will Change the World »

This one is wide in scope, covering 1) the story of humanity’s energy usage over time, 2) the history of cars and why electric vehicles haven’t been succesful until now, and 3) the story of Tesla the company. It’s difficult to choose any one quote from a 26,000-word article with so many great passages throughout, so I’ve selected a passage from each section (okay, I cheated on the third one but whatever).

When humans discovered all of this underground kidnapped carbon, you have to remember that for them, the carbon wasn’t the point. They were staring at an endless sea of 300 million-year-old, densely packed sunshine—trillions of ancient plants with their joules intact—and since there are no laws protecting the estates of Carboniferous plants, we could seize it all for ourselves. The grandest joule theft in history.

And as we helped ourselves, we didn’t worry about the fact that extracting those joules also meant extracting carbon that had been buried as far back as the Precambrian period—there were locomotives to fuel and cars to power and buildings to heat, and the joules were irresistible.

“Hot explosions in cylinders pushing pistons back and forth to force metal bars to turn wheels and sending the resulting smoke billowing out of a pipe” sounds like an old-fashioned technology, and it’s just very odd that we’re still using it today. We get used to the world we live in, whatever that world is like, but if you examine history and take a big step back, some things suddenly make no sense. And this is one of them.

So the question we need to ask is why.

The Roadster didn’t change the world—no $110,000 car ever could—but it sent a message to the industry that Tesla was for real. You may not have heard of the Roadster when it was announced in 2006 or when it started shipping in 2008, but some of the major car companies took notice—Nissan soon launched the all-electric Leaf and GM launched the plug-in electric Chevy Volt soon after the Roadster’s appearance (Bob Lutz, who was Chairman of GM at the time, openly credits Tesla for their decision to make the Volt, saying that after the Roadster unveiling, he went to the GM board and asked, “If a little company in California can do this, why can’t we?”).

Other companies are critical to the mission, because Tesla’s goal is to ramp production up to 500,000 cars, which is only around half a percent of the total cars made each year. [Musk] explained, “The impact that Tesla will have is fairly small in and of itself. It will change people’s perception perhaps, but it will not in and of itself change the world. But if large numbers of people are choosing to buy the Model 3, […] by spurring competition, Tesla can be the catalyst for a multi-order of magnitude shift of the entire industry towards electric.”

3. How (and Why) SpaceX Will Colonize Mars »

This one is also split into three parts, but also in five pages (with the 3rd section occupying the latter three pages and delving into some very sci-fi territory): 1) the story of humans and space, 2) why Elon Musk is interested in colonizing Mars, and 3) how such a colonization could come about.

It was a long enough piece that Urban decided to offer a $3 PDF version of it, which includes the “normal” version and a “G-rated” version of it for kids. Go buy it and support the guy’s writing.

Anyway, once again I have selected a passage from each section:

On humanity and space:

But as fascinated as we are by discovery — as much as we yearn to know all the secrets hidden in the pages of Where Are We? — when it comes to filling us with true excitement and inspiration and getting our adrenaline pumping, discovery doesn’t hold a candle to adventure. Probes and telescopes may fill us with wonder and light up our curiosity, but nothing gets us in our animal core like watching our species go where no man has gone before. And in that arena, the last four decades have left us feeling empty. After watching people land on the moon, following manned missions to and from the ISS is, as Ross Andersen said, “about as thrilling as watching Columbus sail to Ibiza.”

And that’s why, in today’s world, The Story of Humans and Space has drifted off the front page of our consciousness. The topic that should drop all of us to our knees has become a geeky sideshow.

On Elon Musk’s mission (after describing a handful of various possible and deeply upsetting extinction events):

That’s why Elon Musk wants to put a million people on Mars.

Why a million people? Because that’s Musk’s rough estimate for the minimum number of people it would take to create a completely self-sustaining population. In this case, self-sustaining has a simple definition—it means that if Earth vanished from existence, the Mars population would still be able to survive and thrive and grow. […] Musk doesn’t think 10,000 or 100,000 people will be sufficient—but that a million people should be enough.

On the concept of making Mars colonization a reality:

The next time Earth laps Mars and they’re side by side is 2016—too soon to do anything. But when it happens again in the summer of 2018, don’t be surprised if a vehicle with a SpaceX logo on it touches down on Mars. Musk has thrown out a rough prediction of 2025 or 2027 for the Neil Armstrong of Mars to take that famous first step onto the planet.

But like Neil Armstrong’s famous first step, this will be a great achievement for mankind—not a giant leap. The giant leap comes next. 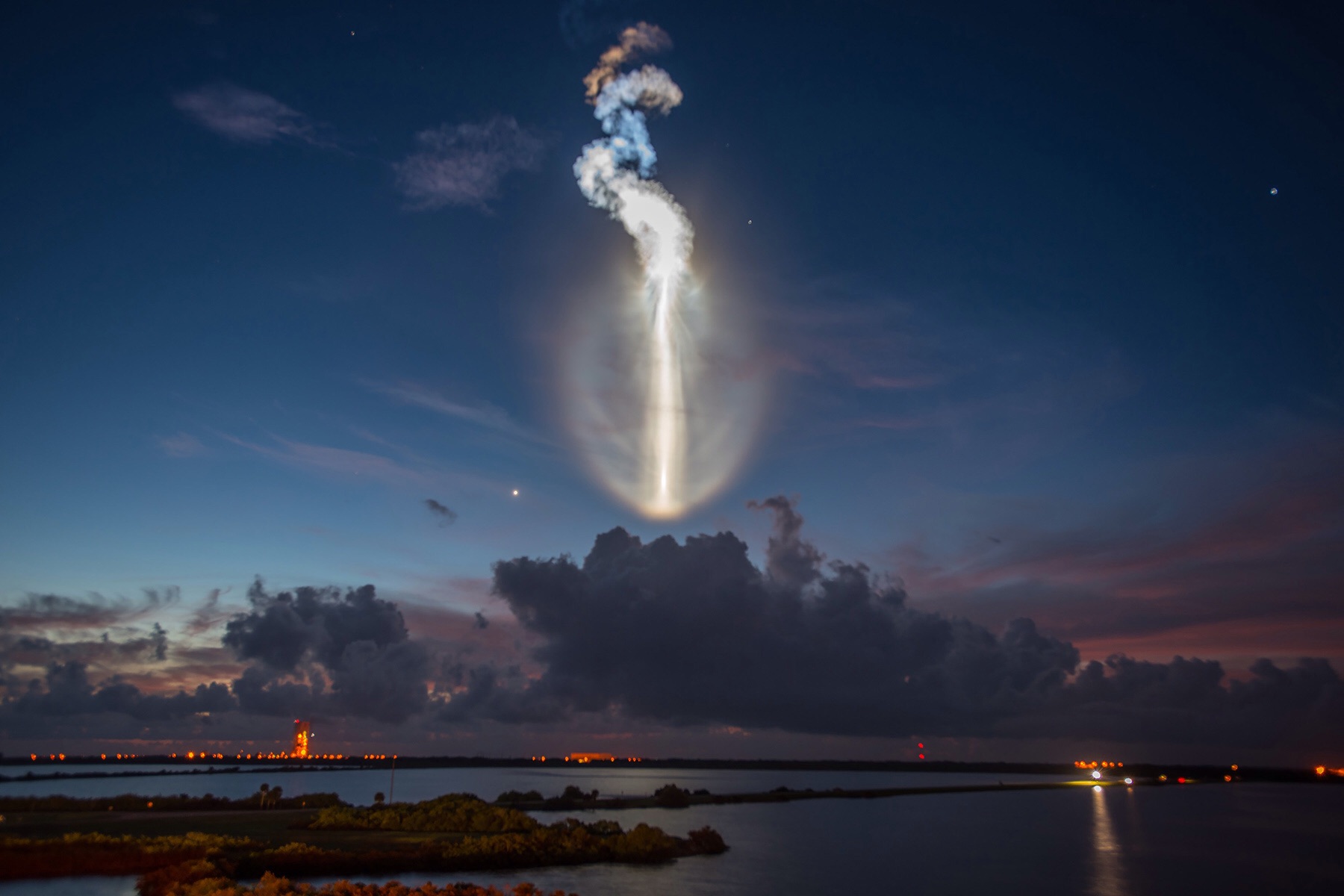 If you like Ed Dosado’s excellent photo of yesterday’s Atlas V MUOS-4 launch at the top of today’s linkage (here’s a 5184 x 3456 version of it), Nancy Atkinson of Universe Today collected this gallery of other skywatchers’ images and videos from the same launch.

The rocket’s payload was a new communications satellite for the US Navy, which is a bit boring to be honest, but the launch itself left a dazzling skyshow in its wake. Wish I could’ve seen it in person. 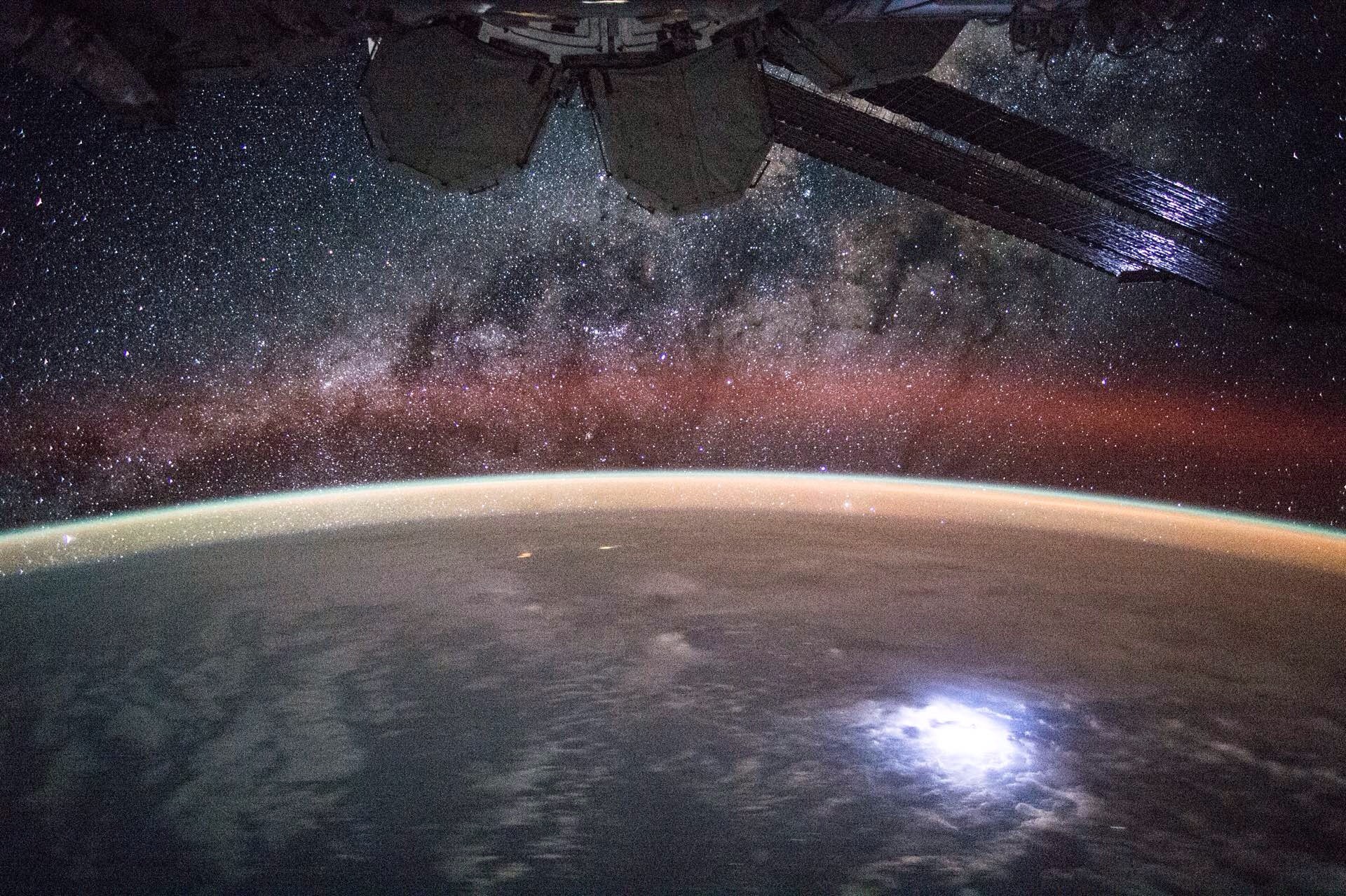 If the photo isn’t enough for you, watch it happen in this 4K timelapse video (the strike occurs at the 0:13 mark) or view it as a gif. 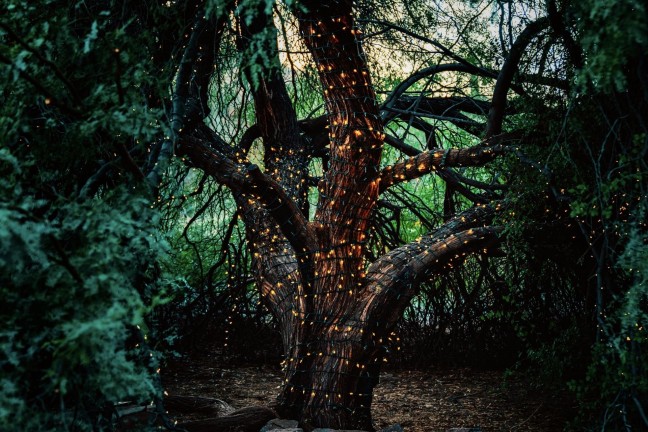 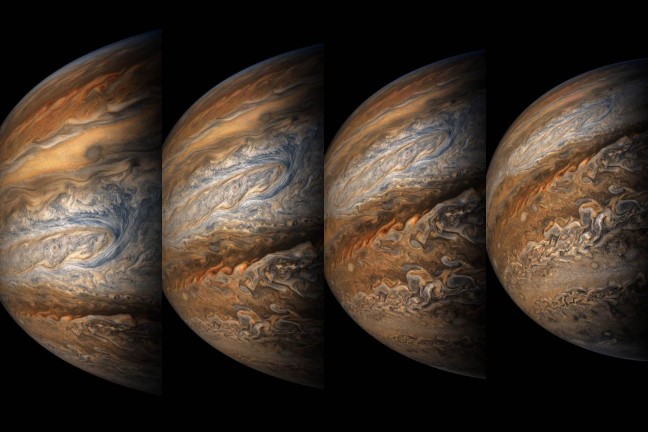 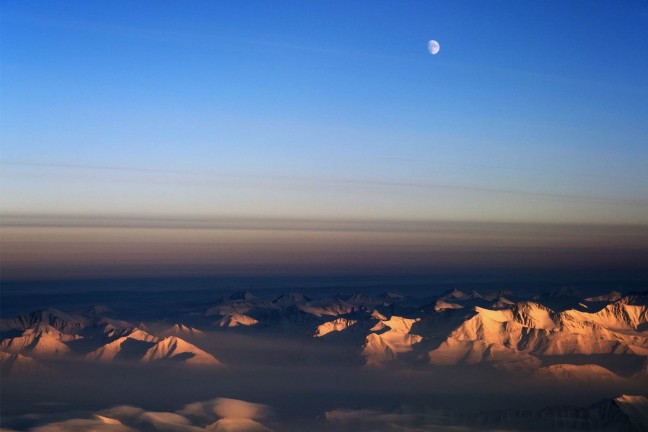 Museum Architecture, Pursuing Greatness, and the Importance of Editing