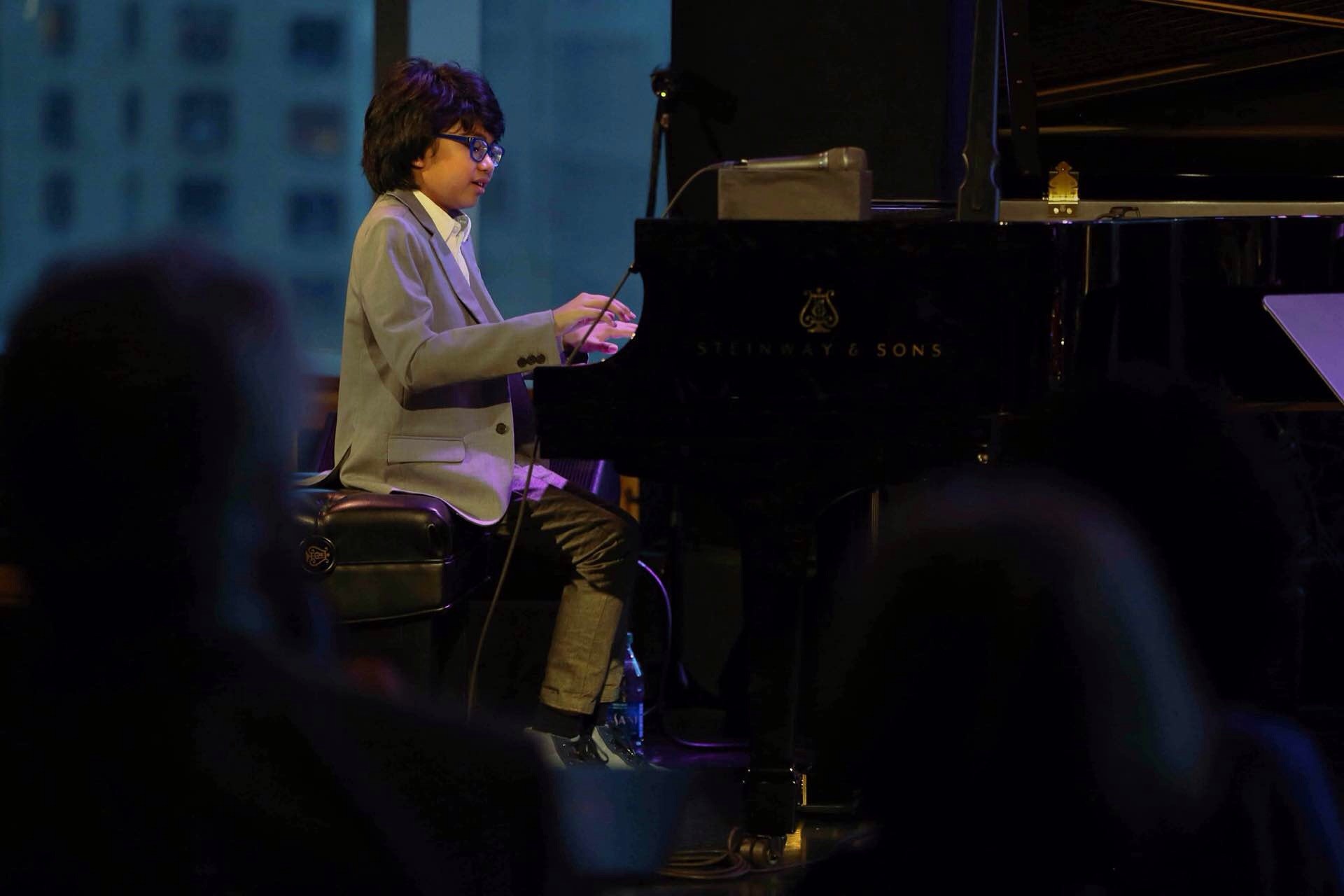 Music critic Nate Chinen of The New York Times has the profile of a young jazz prodigy with some serious chops:

Still, the salient question with a musician as young and good as this is whether it’s premature to pursue a solo career. Normally, a prodigy learns at the side of the masters, Mr. [Jason Olaine, the director of programming and touring for Jazz at Lincoln Center] said. “But Joey is such an extraordinary case that I don’t think any of us have ever seen before. He’s not a fully formed musician yet; we don’t know who he’s going to turn out to be. But right now, he’s ready to be a leader.”

Watch this behind-the-scenes video showing the making of his newly-released first album, and be amazed: 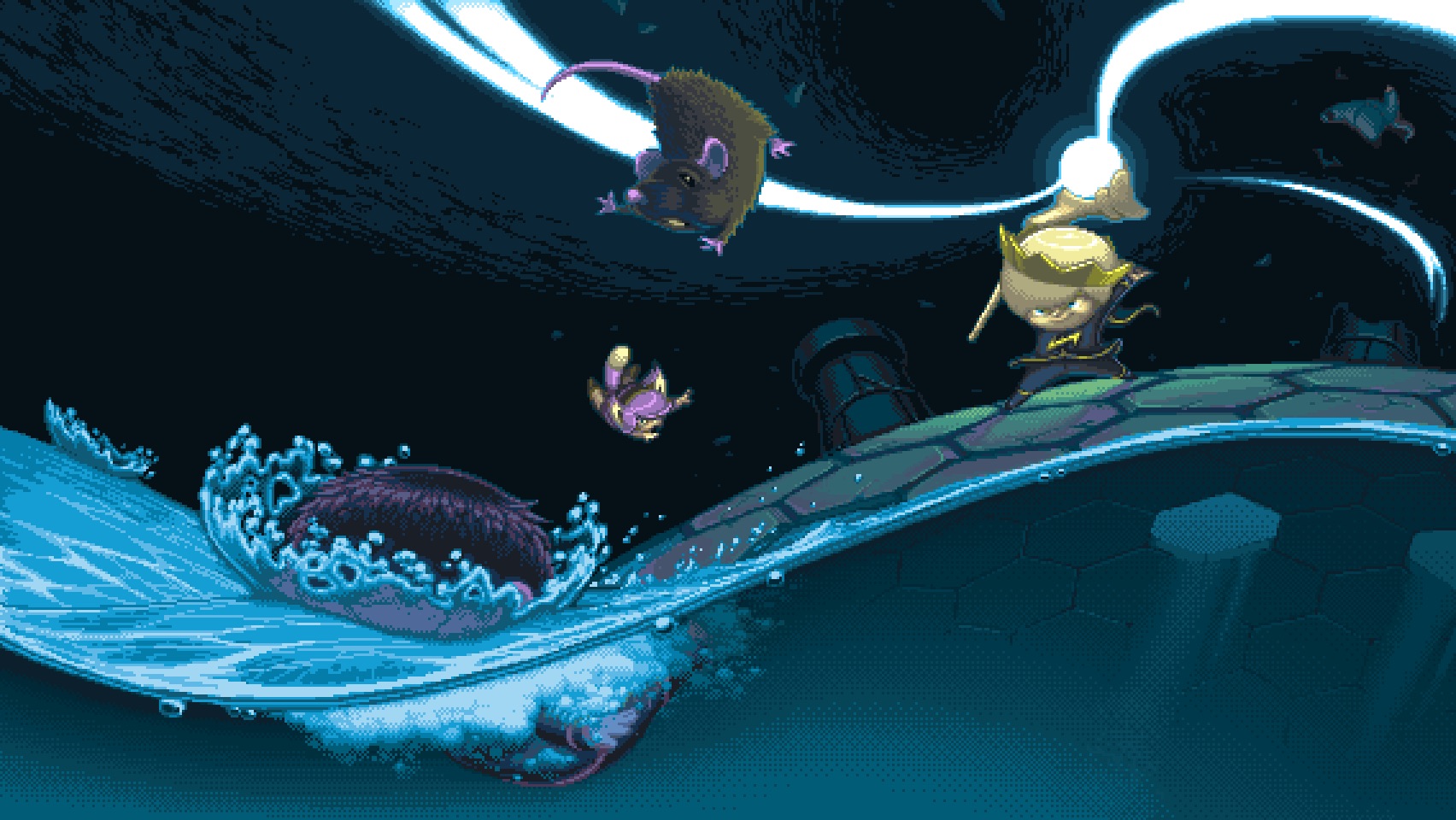 A Pixel Artist Renounces Pixel Art (or, Embracing the Medium) »

Blake Reynolds, lead artist at Dinofarm Games — the studio behind the iOS games 100 Rogues and more recently Auro — laments the gaming industry’s ever-changing views on pixel art while celebrating what made it so great in the first place (and points out some stellar examples of pixel art along the way):

Sometimes the word “pixelated” is used in a derogatory sense, and sometimes not. Either way, anyone who uses the word clearly doesn’t grasp the concept that pixel art is a deliberate, predetermined art style. […]

Pixel artists appropriate the limitations that existed 25 years ago and self-impose them. Though this causes confusion among general audiences, it has made for some of the most advanced, ingenious pixel art yet.

Unfortunately, the sheer variety of screen sizes pixel artists must contend with today is forcing him to abandon the technique:

It is with a heavy heart that I endeavor hang up the old pencil tool for all of our future games. […]

As for the future, I’m planning to shed purism and do my best to mature. I plan to embrace the medium, whatever that may be, and make the best art I possibly can. No level of technology or spectacle can match the careful, hand-done touch of an artist. There are no shortcuts, and there are no algorithms. There is no cheap way to make it good, only relatively good ways to make it cheap.

I’ve been a gamer as long as I can remember, all the way back to when Ataris were still around. I distinctly remember playing Blaster Master on the original NES the day my parents brought my new baby sister home from the hospital. I’ve owned consoles from nearly every “generation”, excluding only the most current set (PS4/Xbox One/etc).

I only bring up these facts to emphasize just how sad (and suddenly old) I felt reading this story.

Subscriptions May Work Better Than Advertising for Digital News »

Katie Benner of Bloomberg writes about the recent sale of Re/code and life after advertising:

I don’t mean to imply that the media business is easy. It’s obviously tough for publications to make money. But it’s good to remember that advertising isn’t the only model. And in some cases, it’s not even the best one.

In linking to this piece on Daring Fireball, John Gruber comments:

My take is that if you’re going to go indie, you need to stay lean and mean. You don’t have to stay as lean and mean as I have — I have no employees, and to date, no one else has ever written a word for Daring Fireball. In fact, a one-person show might be too lean to get off the ground today. But then again, there’s Ben Thompson and Stratechery.

How to Tell a Story »

Peter Aguero of The Moth stopped by Gear Patrol to share some of his hard-earned tips for telling a great story (with a bit of my own editing and emphasis added):

Without that personal change, an anecdote lacks a soul. It tells the audience only the framework of an experience, but nothing of what it really meant. […]

Those extra pieces — change and choice — both define a story and make it worthwhile. “The example I always use”, Aguero says, “is if the story is about a house fire, it’s not that the house caught on fire is the interesting part. It’s what did you choose to grab first. That lets us know something about you.” 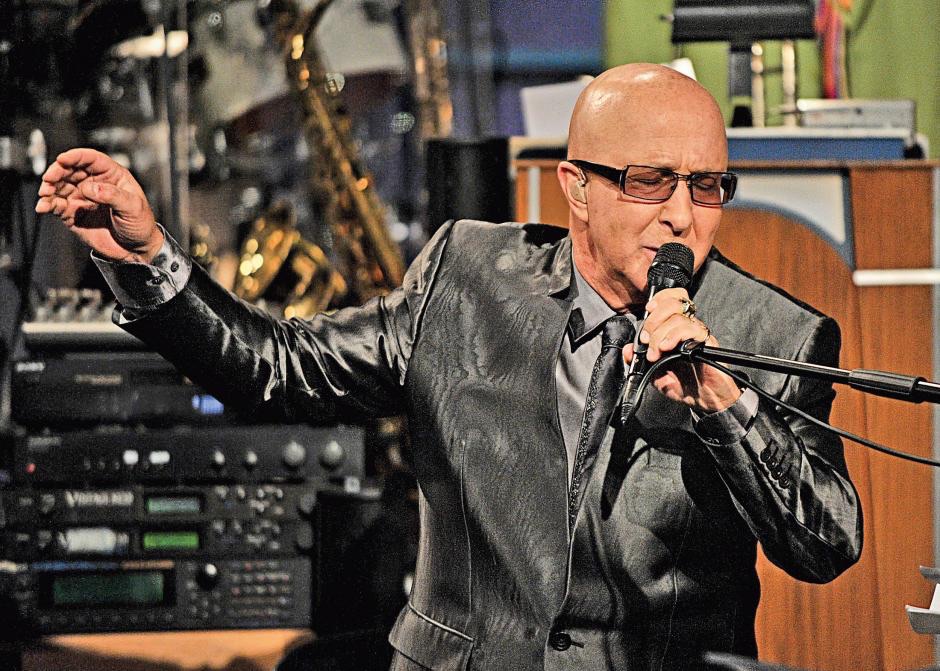 Everyone and their grandmother has been writing about the retirement of David Letterman (I particuarly like this one by Dr. Drang), so today I think I’ll link up Lisa Birnbach’s Newsweek story about Letterman’s band leader, Paul Shaffer:

Often referred to as “greatest sidekick in television,” Shaffer takes that praise humbly, and its title seriously. “Being the sidekick encompasses being the straight man,” he says, “which is a venerable position in show business. I am so proud of learning how to be the straight man for Dave. He encouraged me to jump in, ‘whenever you have something.’ Obviously, I wasn’t going to do that during the monologue, but anytime after he got to the desk—even when there was a guest. Our show was reality television. We never knew what would happen. Dave made us a team.

The title of the article is slightly misleading, because it’s really more of a reminiscing piece than one focusing on what Shaffer will do next. Still a good read though. 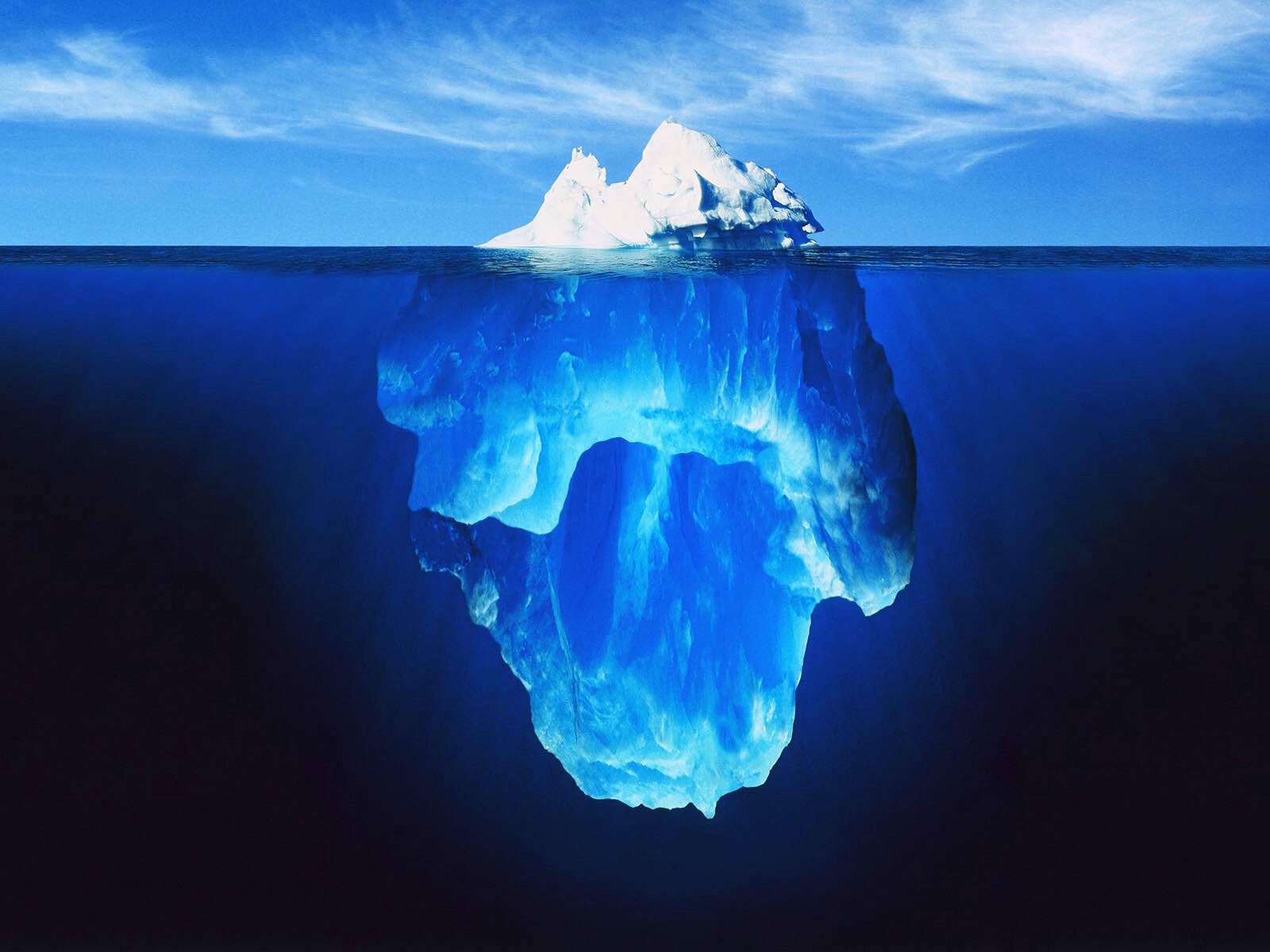 Water: the Weirdest Liquid on the Planet »

Alok Jha of The Guardian lists the myriad reasons why water should theoretically be an impossible substance:

Perhaps the strangest thing about this colourless, odourless liquid is that it is a liquid at all. If water followed the rules, you would see nothing in that glass and our planet would have no oceans at all. All of the water on Earth should exist as only vapour: part of a thick, muggy atmosphere sitting above an inhospitable, bone-dry surface.

Ian Fieggen has been running an entire website devoted to tying shoelaces since May 2000, and it’s the best resource around:

Don’t be put off by this daunting collection – most people only need to learn one “regular” knot and perhaps one “secure” knot. It also helps to have other choices in case one particular knot proves frustrating, especially when learning to tie shoelaces for the first time.

Ryan Holiday — author of Trust Me, I’m Lying and The Obstacle is the Way (which I currently happen to be re-reading) — shares tips and lessons learned from building a big email list based solely around his monthly book recommendations:

I decided to go no frills with the reading list email too. No images, no formatting, all text–partly because it’s easier but also because it is better for mobile. Before you waste too much time designing some fancy template realize that there are marketers out there making millions of dollars on great copywriting alone. Maybe you don’t need frills.

Obsess about quality. There are some months when I was so-so on the books I read. I debated whether to include them in the list (because that is lost affiliate revenue). I always decide no. The trust and respect of the readers has to trump all. I would rather recommend nothing than recommend a book that ends up letting people down.

I’ve been a subscriber for a few years and it always delivers the goods. 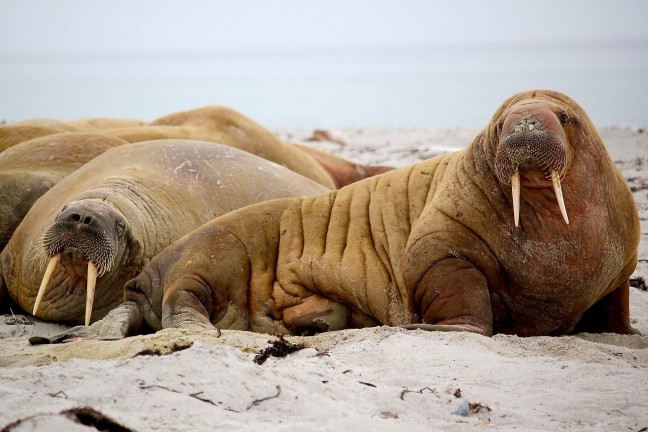 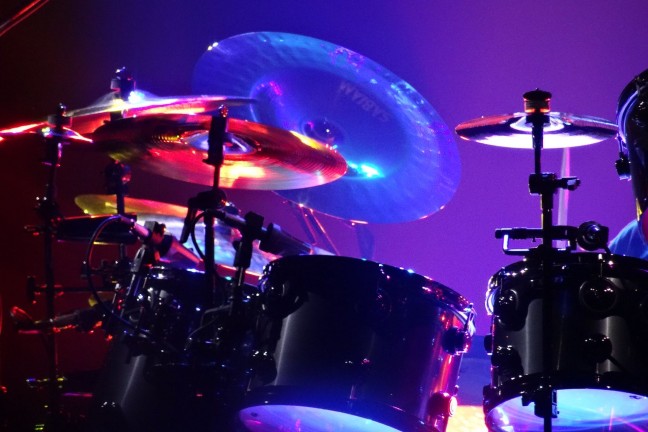 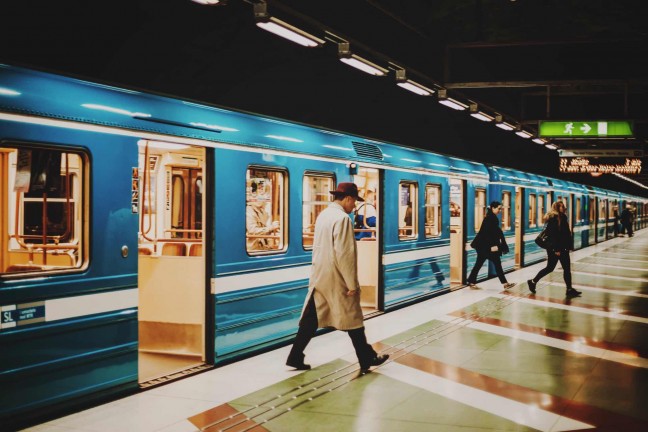