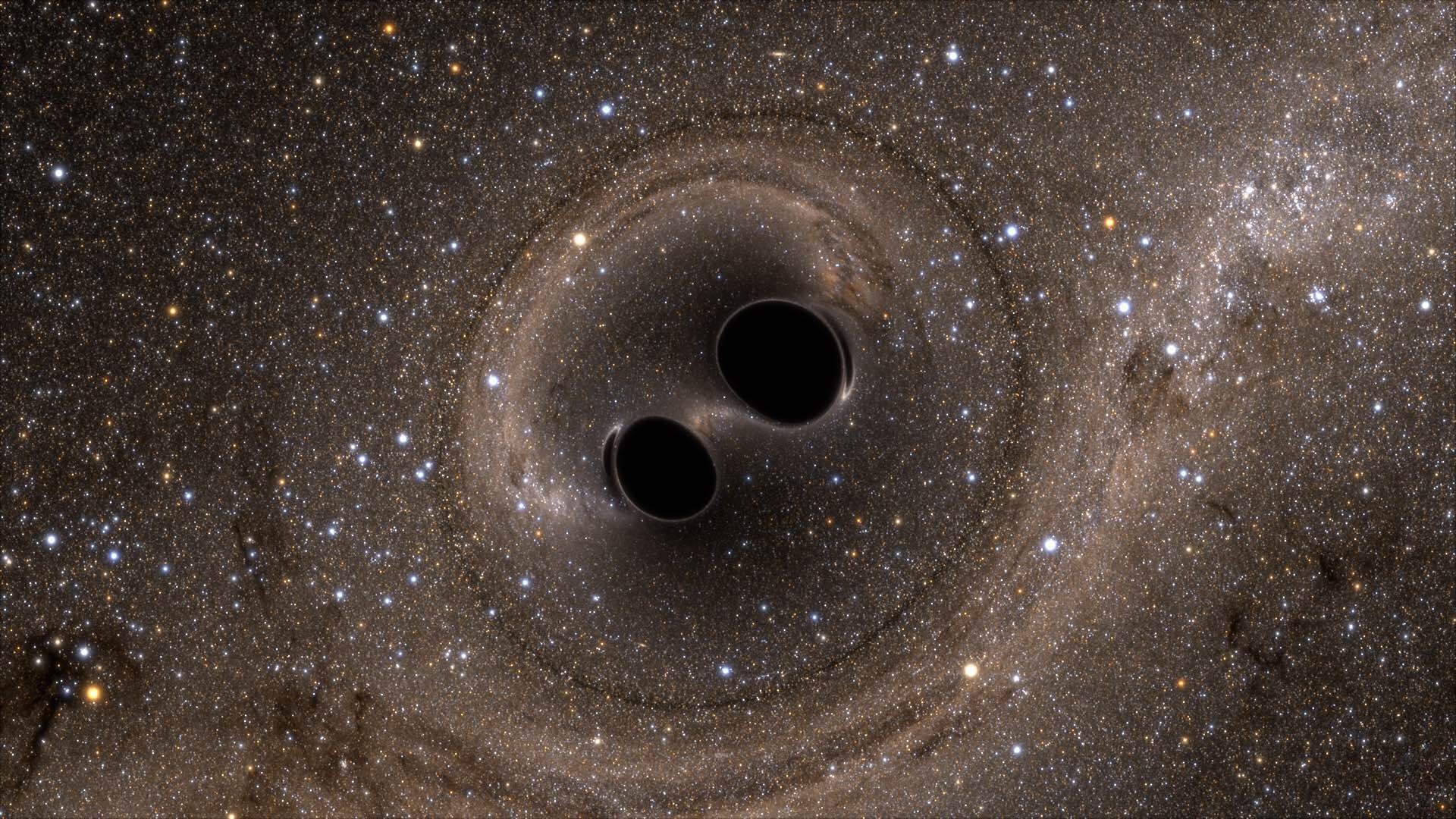 This is huge news for astronomy. From the LIGO (Laser Interferometer Gravitational-Wave Observatory) press release yesterday (emphasis mine):

For the first time, scientists have observed ripples in the fabric of spacetime called gravitational waves, arriving at the earth from a cataclysmic event in the distant universe. This confirms a major prediction of Albert Einstein’s 1915 general theory of relativity and opens an unprecedented new window onto the cosmos.

Based on the observed signals, LIGO scientists estimate that the black holes for this event were about 29 and 36 times the mass of the sun, and the event took place 1.3 billion years ago. About 3 times the mass of the sun was converted into gravitational waves in a fraction of a second—with a peak power output about 50 times that of the whole visible universe.

You can watch the announcement of this discovery here (starts at 27:14):

Dennis Overbye of The New York Times illustrates one reason why this is an important discovery:

Astronomers now know that pairs of black holes do exist in the universe, and they are rushing to explain how they got so big. According to Vicky Kalogera of Northwestern University, there are two contenders right now: Earlier in the universe, stars lacking elements heavier than helium could have grown to galumphing sizes and then collapsed straight into black holes without the fireworks of a supernova explosion, the method by which other stars say goodbye. Or it could be that in the dense gatherings of stars known as globular clusters, black holes sink to the center and merge.

It opens a new window on the universe, like the invention of the telescope or discovery of radio waves from space… gravitational wave astronomy will be the astronomy of the 21st century. More than that, it may reveal important information on the nature of gravity, black holes, and fundamental physics.

What I want to do here is to make sure, in case there was any danger, that nobody loses sight of the extraordinary magnitude of what has been accomplished here. We’ve become a bit blasé about such things: physics makes a prediction, it comes true, yay. But we shouldn’t take it for granted; successes like this reveal something profound about the core nature of reality.

Our universe is mind-bogglingly vast, complex, and subtle. It is also fantastically, indisputably knowable.

And finally, this excellent story by Nicola Twilley of The New Yorker shows that the process of getting LIGO funded and constructed — much less accepted by the wider scientific community — was incredibly unlikely:

In 1990, after years of studies, reports, presentations, and committee meetings, Weiss, Thorne, and Drever persuaded the National Science Foundation to fund the construction of LIGO. The project would cost two hundred and seventy-two million dollars, more than any N.S.F.-backed experiment before or since. “That started a huge fight,” Weiss said. “The astronomers were dead-set against it, because they thought it was going to be the biggest waste of money that ever happened.” Many scientists were concerned that LIGO would sap money from other research. […]

“It never should have been built,” Isaacson told me. “It was a couple of maniacs running around, with no signal ever having been discovered, talking about pushing vacuum technology and laser technology and materials technology and seismic isolation and feedback systems orders of magnitude beyond the current state of the art, using materials that hadn’t been invented yet.”

NASA’s Visions of the Future »

Imagination is our window into the future. At NASA/JPL we strive to be bold in advancing the edge of possibility so that someday, with the help of new generations of innovators and explorers, these visions of the future can become a reality. As you look through these images of imaginative travel destinations, remember that you can be an architect of the future.

My favorites are the ones pictured above: The Grand Tour, Jupiter, and Titan. 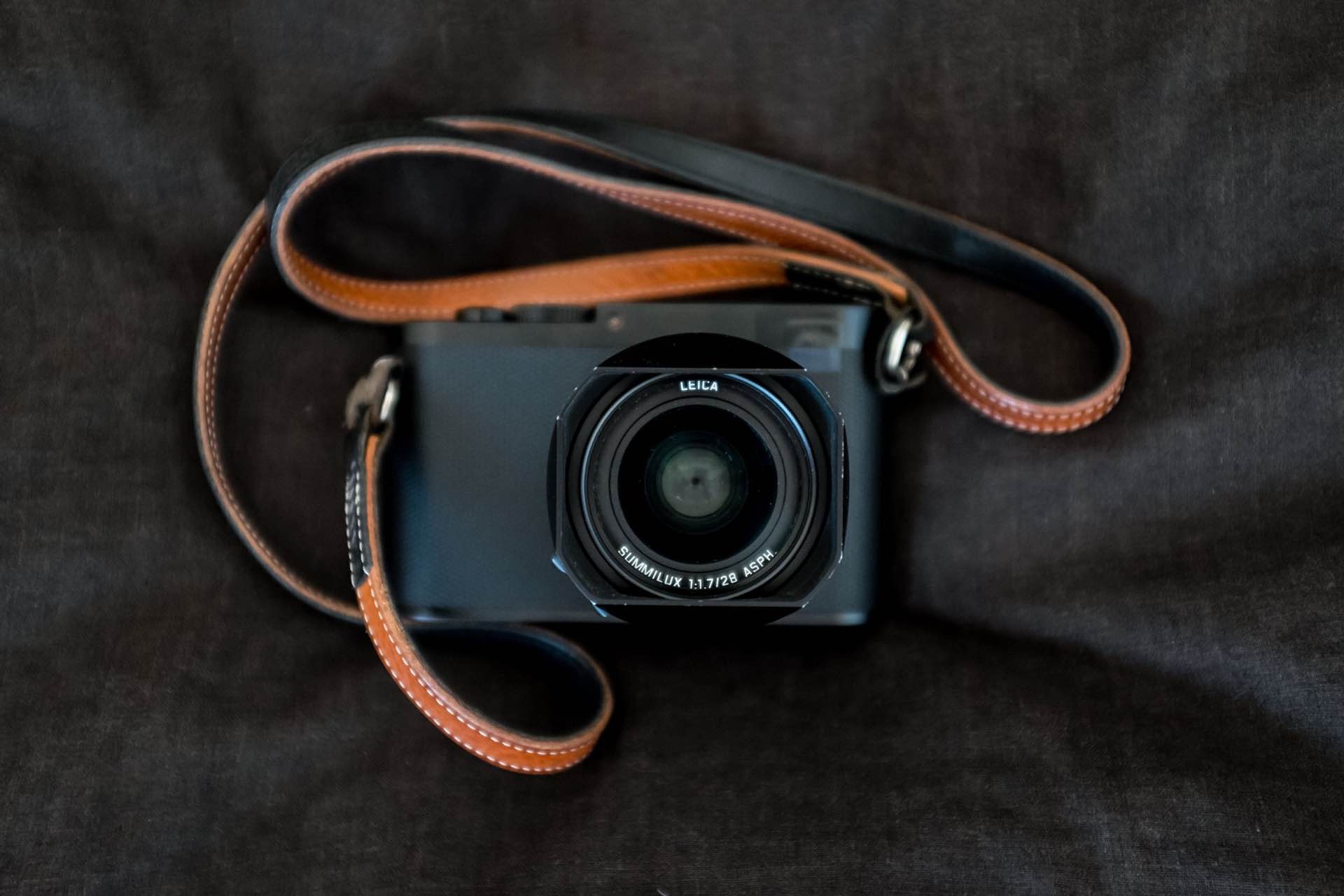 You might want to hide your wallet before you read Craig Mod’s extensive review of the $4,700 Leica Q typ 116 camera:

The Q is small but substantial. Solid. It becomes an effortless all-day companion. Strapped across my chest, it was banged sideways against rocks, motorcycles, stone walls, metal water bottles, farmers, cats.2 It captured everything thrown at it and into it. And while I was suspicious of the value of the camera at first, these past six months have made it clear that this machine has serious legs. I now understand the limitations of this photographic instrument, of which there are few. And I trust and enjoy it more than any other camera I’ve owned.

Yes, even more than my iPhone.

If that quote doesn’t sell you on clicking through, the article’s postscript should:

This was not a studio test. Not an afternoon walk-about test. Not a weekend lender test. This was a field test. Which means the Q came out with me into the so-called real world, was part of my life under no auspices of clinical examination or safe environment. In short: I used the thing, this is how it felt.

If you can’t tell, I had a blast — both with the camera and the writing and designing of this essay. I couldn’t stop thinking about it. I began taking notes months ago, assuming my enthusiasm would peter out. But, no! It only grew. I can’t spill 8,000 words and spend weeks designing an article unless I’m driven by maniacal inspiration. This camera lit me on fire.

How to Shoot the English Longbow »

I’m not what you’d call an archery enthusiast — though I do usually think bow-wielding characters in movies and comics are awesome — but this short video of Kevin Hicks of the History Squad is both informative and impressive. Watch how quickly and easily he fires that bow and actually hits the target, almost without thinking. 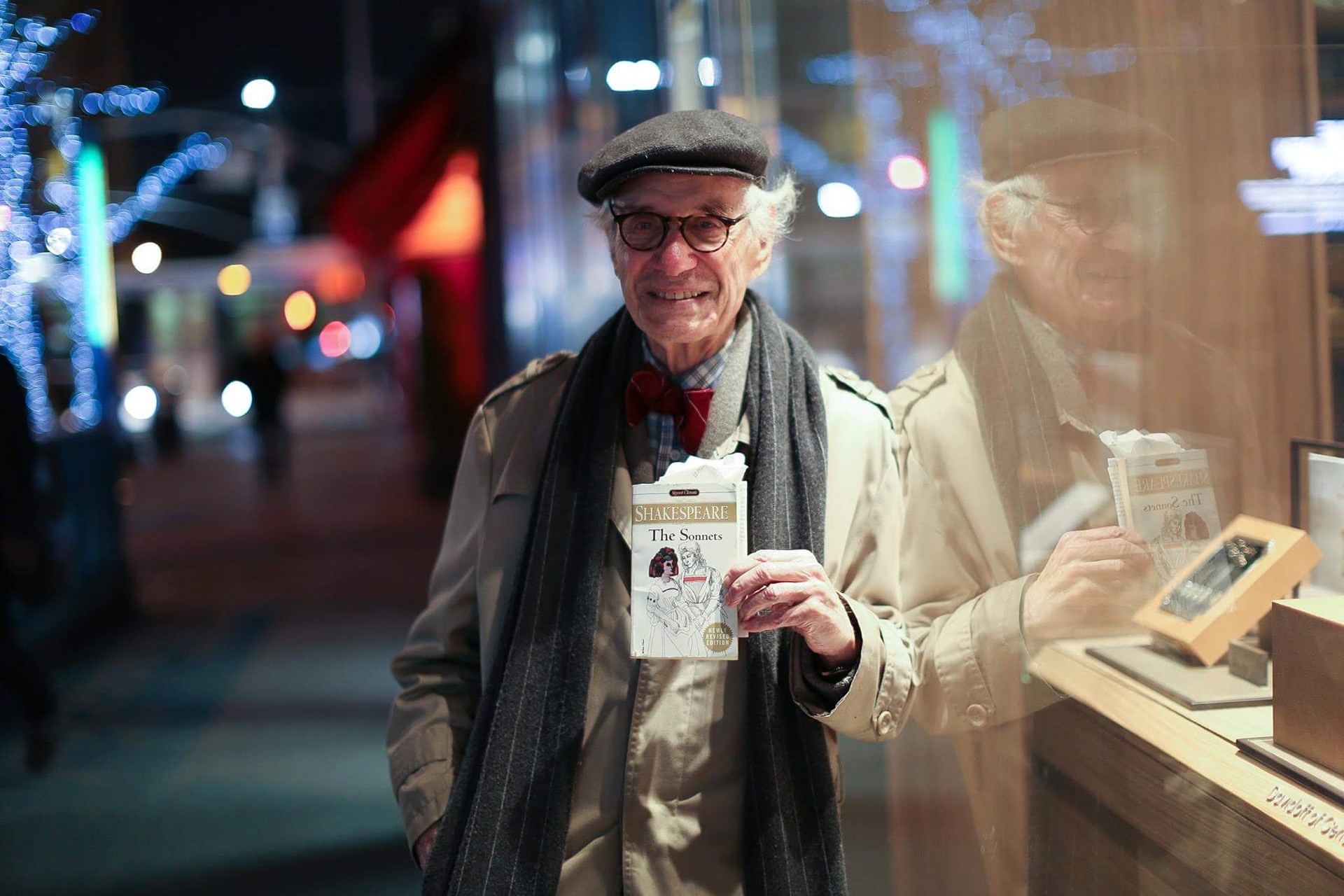 This story on the “Humans of New York” Facebook page gives me So Many Feels. I won’t quote any of it here, it’s not very long so you should just go read it and then hug someone you love. Time is more fleeting than you can imagine. 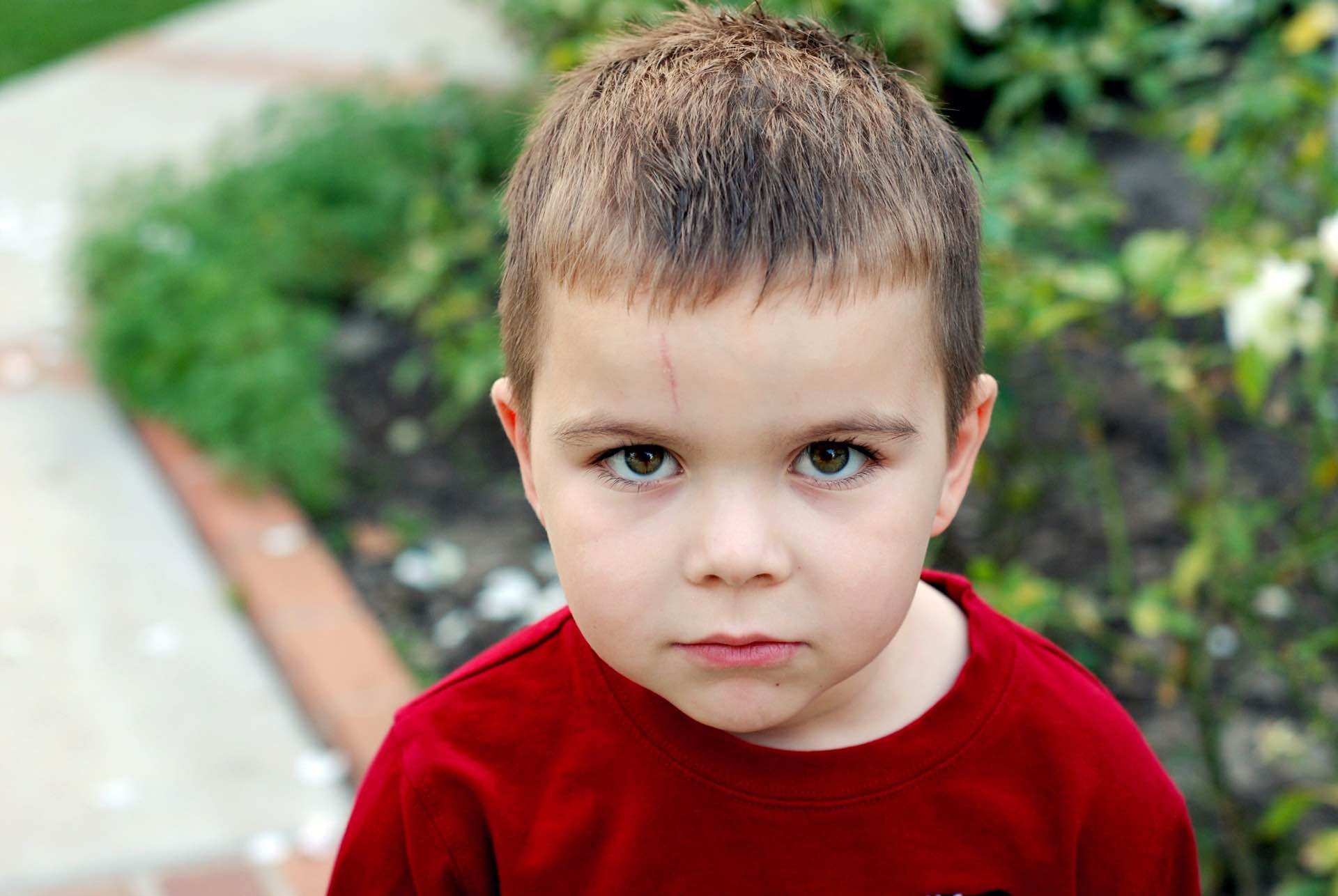 Study Shows Stubborn Kids Are More Likely to be Successful »

Donna Gorman of TIME, writing about a September 2015 paper (published in Developmental Psychology) that found strong-willed, even disobedient kids to be more successful later in life:

Children between the ages of 8 and 12 years old were evaluated for non-cognitive personality traits like academic conscientiousness, entitlement and defiance. Forty years later, researchers checked back to see how they turned out; rule breaking and defiance of parental authority turned out to be the best non-cognitive predictor of high income as an adult.

My little girl is going to be rich!

And here’s Jillian Rose Lim of Fatherly.com on the same study:

Still, personality traits are known to be better predictors of success than more traditional metrics like IQ, so, if your kid’s kind of a d***, maybe you should just embrace it.

My 4yo son — who has inherited my stubbornness, which runs in my dad’s side of the family — is already well on his way, then! At least that’s what I’ll be telling myself a lot over the coming years.

This 9-minute video is the most bizarre yet entertaining rundown of Japan’s history you’re likely to watch anytime soon. I dunno if all history should necessarily be taught this way, but if such a school existed, I’d apply today. 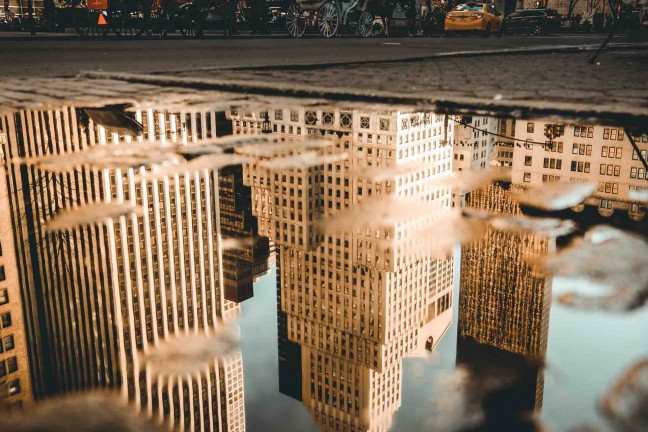 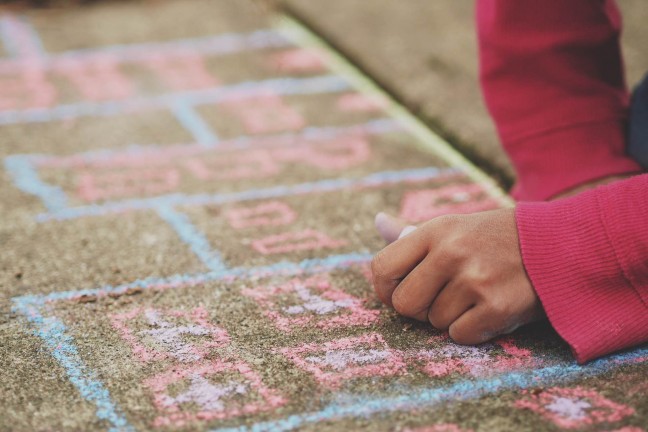 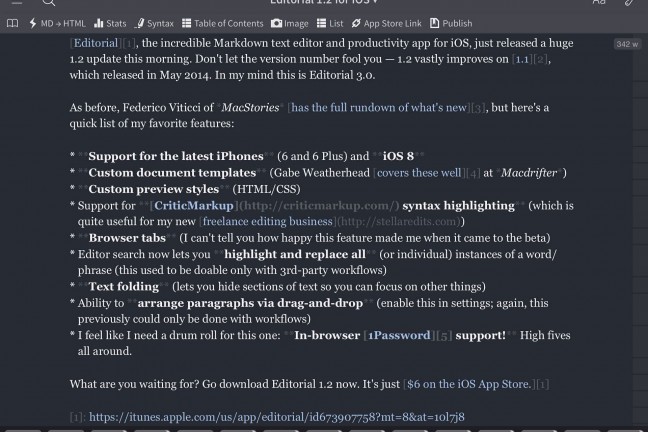