Gentrification on the Big Screen »

Both films celebrate Chicago, but their visions of the city are as different as their opening shots. The Blues Brothers begins with an aerial view of Chicago’s historic industrial complex of oil refineries and steel mills. It’s an industrial hellscape, with fire and smoke belching into the sky. This Chicago is still a City of Big Shoulders, a place that makes things. Ferris Bueller, by contrast, opens in a pristine, leafy suburb. The first shot of the city is its gleaming skyline. The later film’s Chicago is a postindustrial metropolis of the intangible economy, scrubbed free of the grit of a vanishing era.

Watching these films today, viewers under the age of, say, 45 would be struck by how alien Jake and Elwood’s Chicago seems and how familiar Ferris’s Chicago has become. […] Three decades after Ferris Bueller played hooky from the suburbs, the triumph of the gentrified city is complete.

Those two movies were released only six years apart. A lot can change about a city in that time, and not necessarily in better (or at least more interesting) ways. Wall Street Journal tech columnist Christopher Mims offered this smart takeaway: 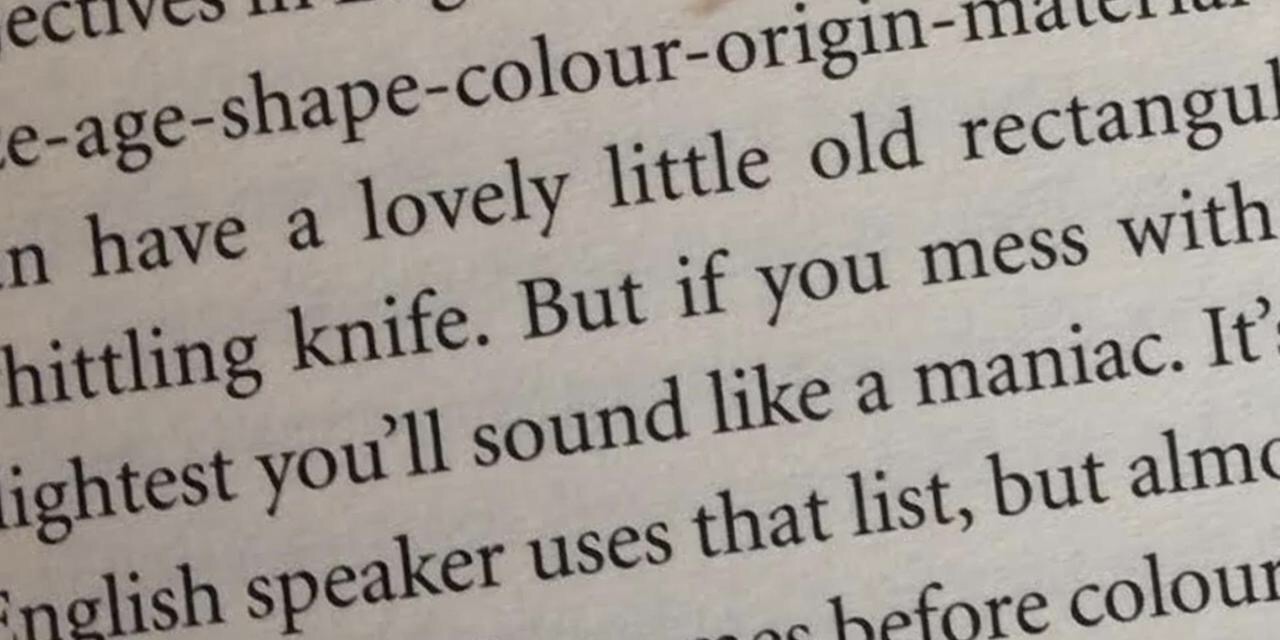 Six days ago, BBC Culture editor Matthew Anderson tweeted a screenshot of an interesting excerpt from Mark Forsyth’s book, The Elements of Eloquence: Secrets of the Perfect Turn of Phrase, about something I hadn’t thought of before but is totally true:

[…] adjectives in English absolutely have to be in this order: opinion-size-age-shape-colour-origin-material-purpose Noun. So you can have a lovely little old rectangular green French silver whittling knife. But if you mess with that word order in the slightest you’ll sound like a maniac. It’s an odd thing that every English speaker uses that list, but almost none of us could write it out. And as size comes before colour, green great dragons can’t exist.

You are utterly familiar with the rule of ablaut reduplication. You’ve been using it all your life. It’s just that you’ve never heard of it. But if somebody said the words zag-zig, or ‘cross-criss you would know, deep down in your loins, that they were breaking a sacred rule of language. You just wouldn’t know which one.

The phrase “pluperfect progressive passive” appears further down in the article, and that’s just pleasing to say aloud. No really, try it. Satisfying, right?

Developer “Underscore” David Smith writes about how he’s managed to thrive as an indie software maker on the iOS App Store, despite feeling inner resistance about ad-based revenue:

The App Store ecosystem today is wildly different from what it was [eight years ago]. I launched my first app into a store of around 90k apps; today we have well over 2 million. Back then we didn’t have advertising networks, in-app purchases or subscriptions. You were free or paid, and if you wanted to make a living you pretty much had to be paid.

Today things are quite different. Paid apps now make up a vanishingly small proportion of my income, and nearly all of my recent successes have come on the back of free apps. The transition between the two ends has not always been straightforward but I’ve focused hard on being adaptable and open-minded during the transition.

Stubbornness has no place in business. It’s all about being adaptable and following where your customers are heading, whatever your personal feelings.

My family and I recently saw Kubo and the Two Strings at the local movie theater, and we all loved it.

This video by the folks at Digg shows how stop-motion animation studios like LAIKA are using advancements in 3D printing tech to not only push the boundaries of stop animation, but actually compete on an even playing field with computer-generated animation giants like Pixar and Dreamworks. 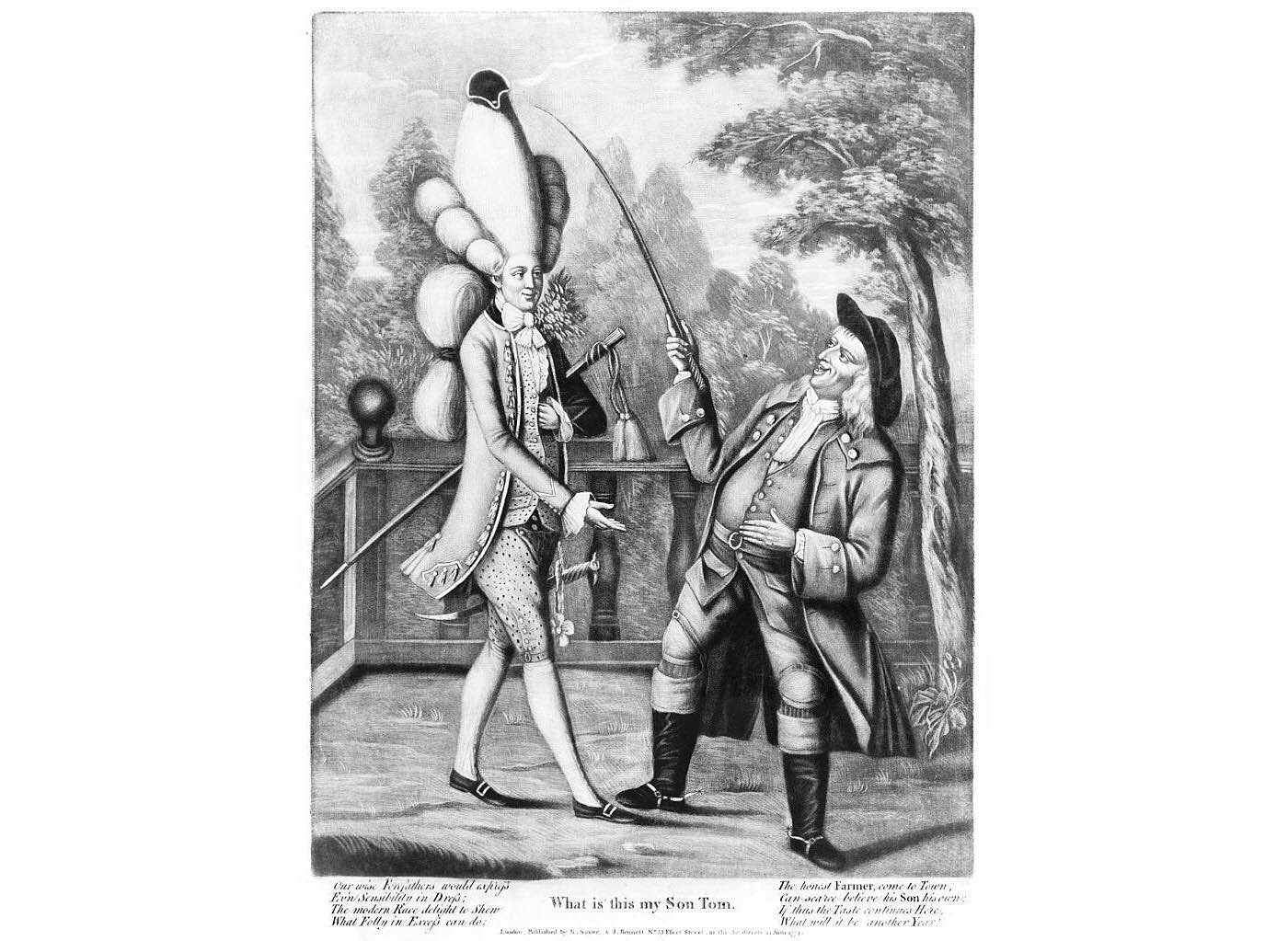 The Macaroni in “Yankee Doodle” is Not What You Think »

Michael Waters of Atlas Obscura tells the origin of that weird lyric from “Yankee Doodle”, a song pretty much every kid in America learns at some point:

But perhaps the most confounding part of “Yankee Doodle” is its opening. To the average listener, the first verse appears to describe an American man who confuses a feather for a piece of pasta:

Yankee Doodle went to town
A-riding on a pony,
Stuck a feather in his cap
And called it macaroni.

The “macaroni” in question does not, however, refer to the food, but rather to a fashion trend that began in the 1760s among aristocratic British men.

Joseph Flaherty of Wired writes about…well, what the title says above. My favorite bit of advice from it though is actually at the end:

And, of course, there’s no shortcut for crafting a spectacular show. “Counting on cover artwork to bring in downloads and new listeners is like expecting your wrapping paper to make up for a bad gift,” [Aaron] Mahnke says. “If the contents of the box aren’t high quality, no amount of pretty packaging will help it.” 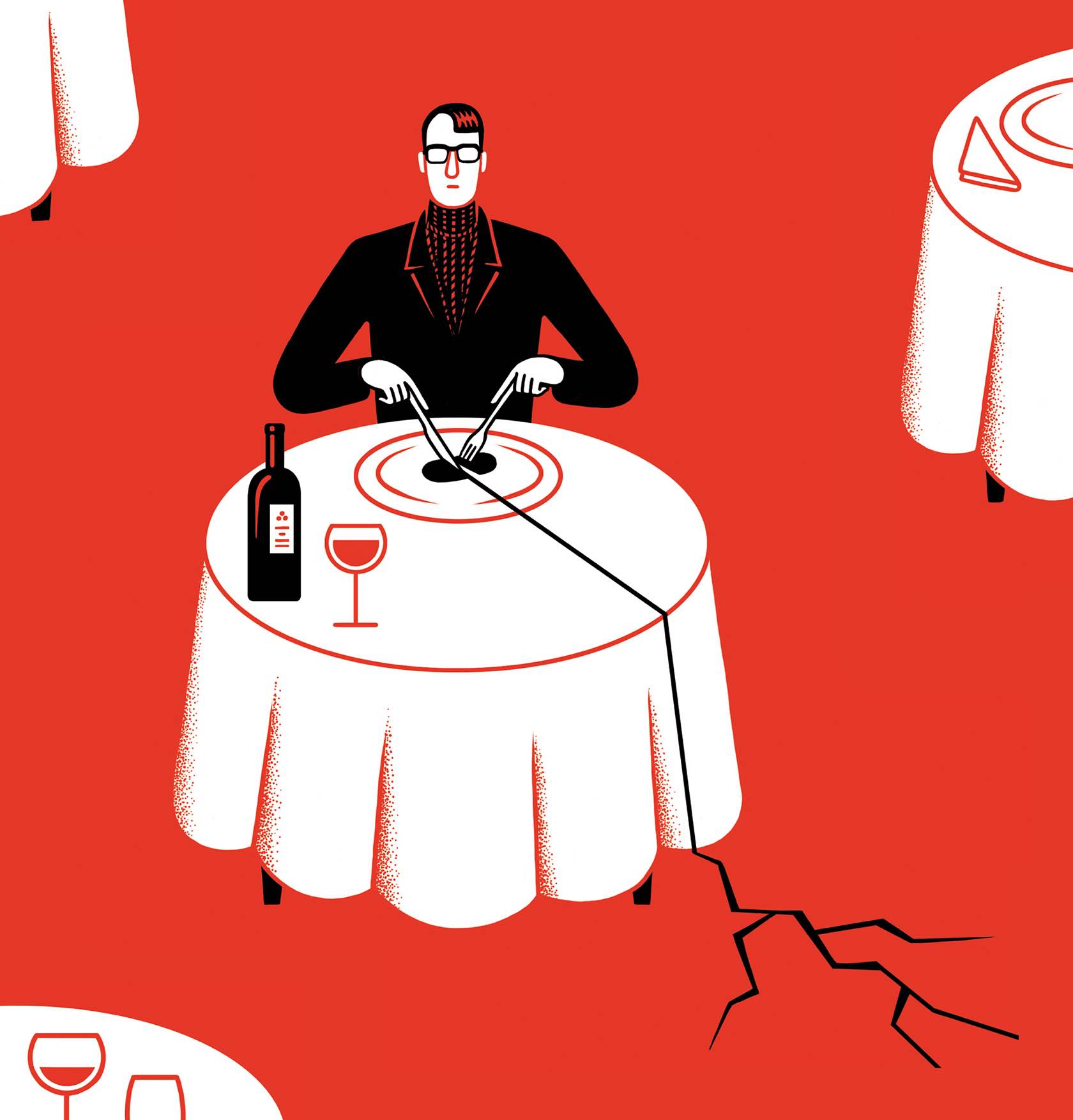 Pete Wells Has His Knives Out »

Earlier this week, The New Yorker’s Ian Parker published a great profile of famed New York Times food critic Pete Wells. His view of the world (at least when visiting restaurants) is fascinating and a bit intense:

Wells is an unassuming man who has become used to causing a stir, and this can be disorienting: it’s odd to hear him wonder, not unreasonably, if restaurants ever think of bugging his table. But a restaurant can’t openly acknowledge him. A while ago, he happened to sit next to Jimmy Fallon, the host of the “Tonight Show,” at the counter of a sushi restaurant in the Village. Both men were recognized. As Wells recalled it, Fallon “got the overt treatment”: “big smiles and ‘Thank you for coming in’ ” and perhaps an extra dish or two. Wells’s experience was that “every dish of mine was an object of attention and worry before it got to me”—he often has a slower meal than other diners do, because dishes get done again and again until they are deemed exemplary. As usual, his water glass “was always being topped up.” But it was “as if none of this were happening.”

[…] “I’m very reluctant to break the fourth wall,” Wells had said to me earlier, speaking of restaurant staff. “But I wish there were some subtle way to say, ‘Don’t worry!’ ” He sighed—he often sighs—and added, “I can’t honestly say that. Because sometimes they should worry.” 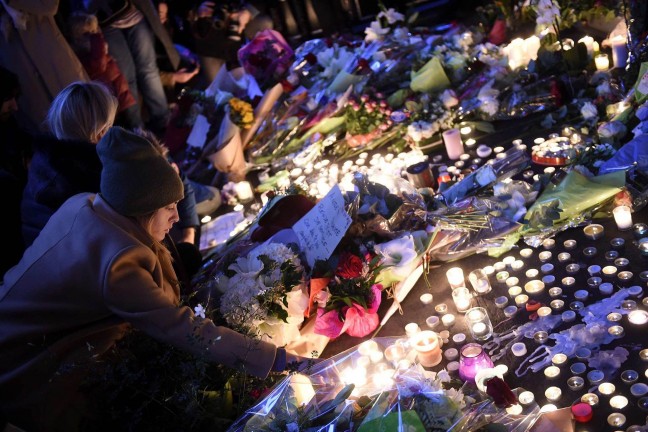 How to Help the Paris Attack Victims 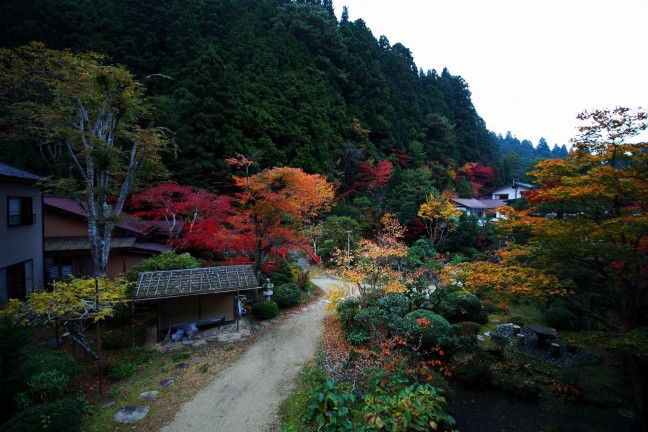 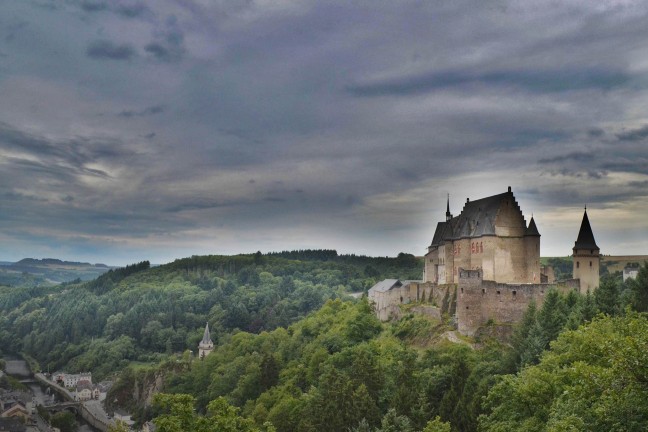