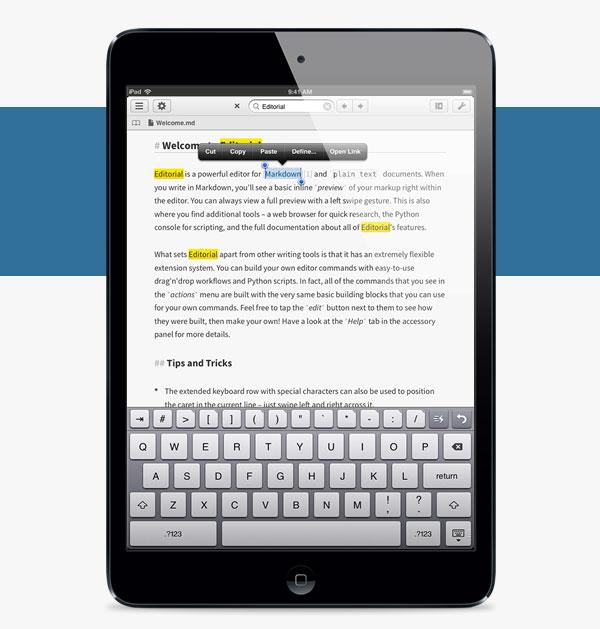 Editorial for iPad, released just this morning, is a long-awaited Markdown text editor and workflow automation tool for iPad — and boy, is it a doozy.

Developed by Ole Moritz – the guy behind the popular Pythonista app for iOS – Editorial looks like your typical iOS text editor on the surface. It has the requisite support for things like Markdown previews (including real-time syntax highlighting), Dropbox sync, TextExpander snippets, and even a built-in web browser. But from there it starts to get a little crazy.

In addition to the file browser and text editor, Editorial contains a full-on Python console and a tool for creating tons of automated workflows. You can do simple things like copying some Markdown text as HTML and converting a selection of text into a numbered list. But you can also get into some very advanced territory, as Federico Viticci outlines in his 25,000-word (!) review. Also be sure to check out Gabe Weatherhead’s review.

Editorial for iPad is just $5 on the iOS App Store. If you do a lot of writing work from your iPad, it may just change your life. 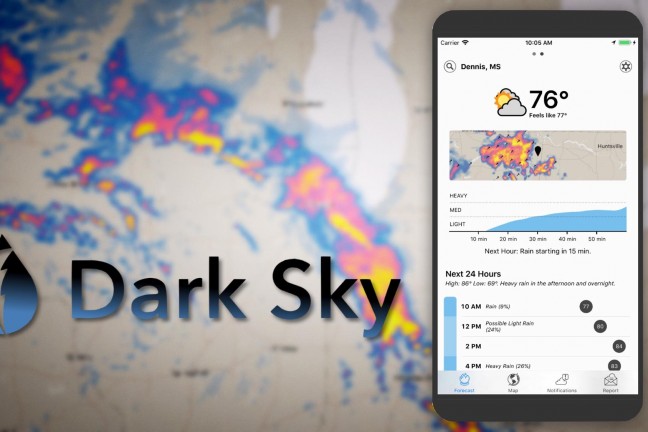 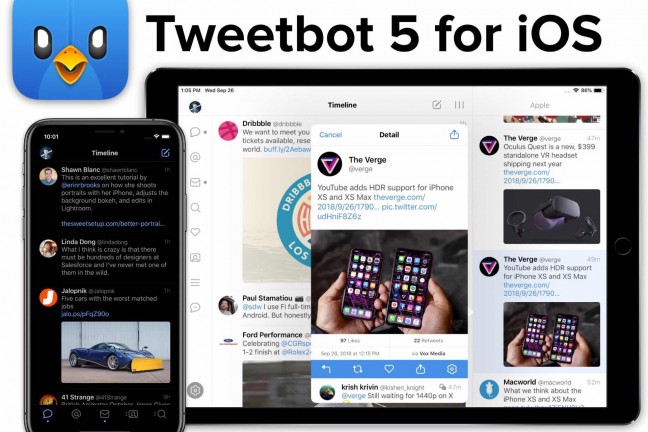 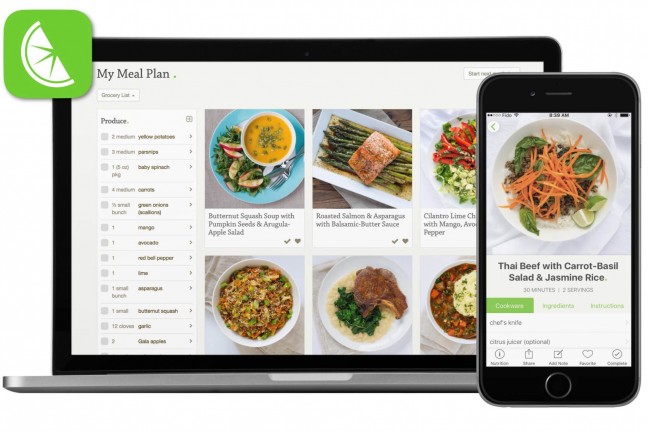