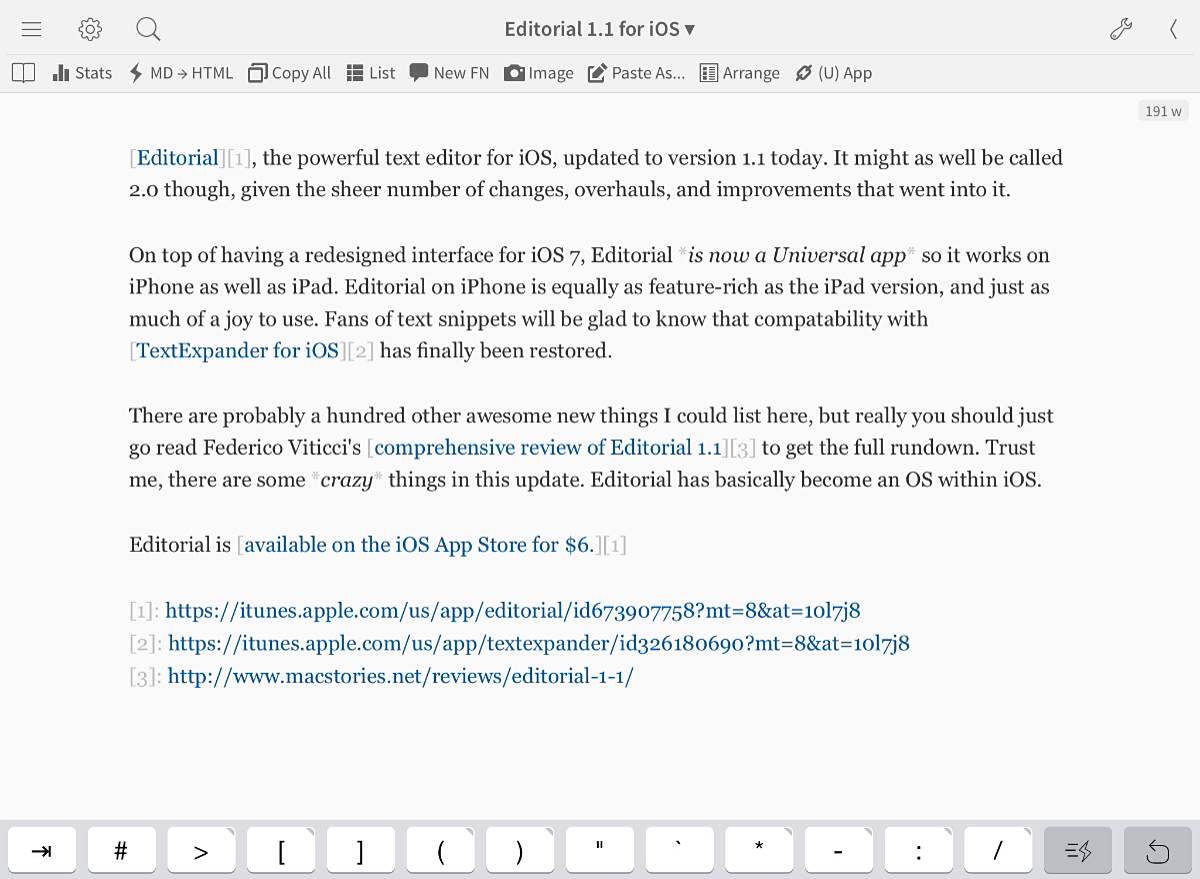 Editorial, the powerful text editor for iOS, updated to version 1.1 today. It might as well be called 2.0 though, given the sheer number of changes, overhauls, and improvements that went into it.

On top of having a redesigned interface for iOS 7, Editorial is now a Universal app so it works on iPhone as well as iPad. Editorial on iPhone is equally as feature-rich as the iPad version, and just as much of a joy to use. Fans of text snippets will be glad to know that compatability with TextExpander for iOS has finally been restored.

There are probably a hundred other awesome new things I could list here, but really you should just go read Federico Viticci’s comprehensive review of Editorial 1.1 to get the full rundown. Trust me, there are some crazy things in this update. Editorial has basically become an OS within iOS.

Editorial is available on the iOS App Store for $6. 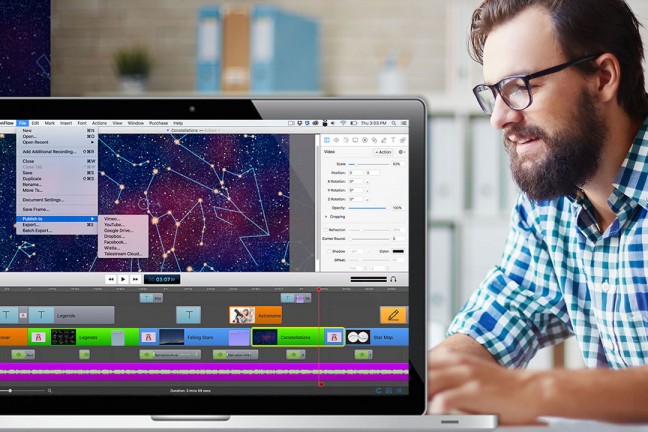 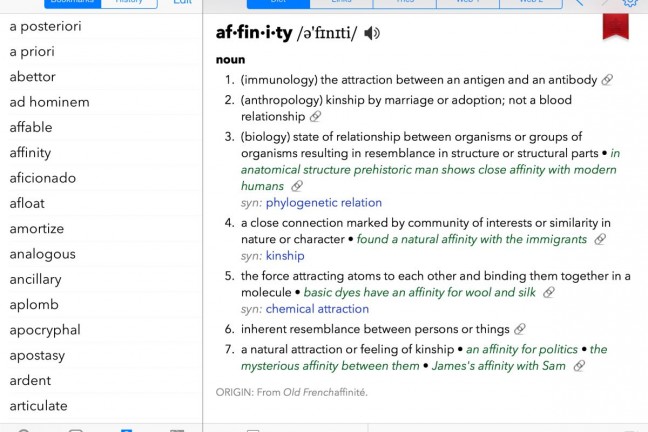