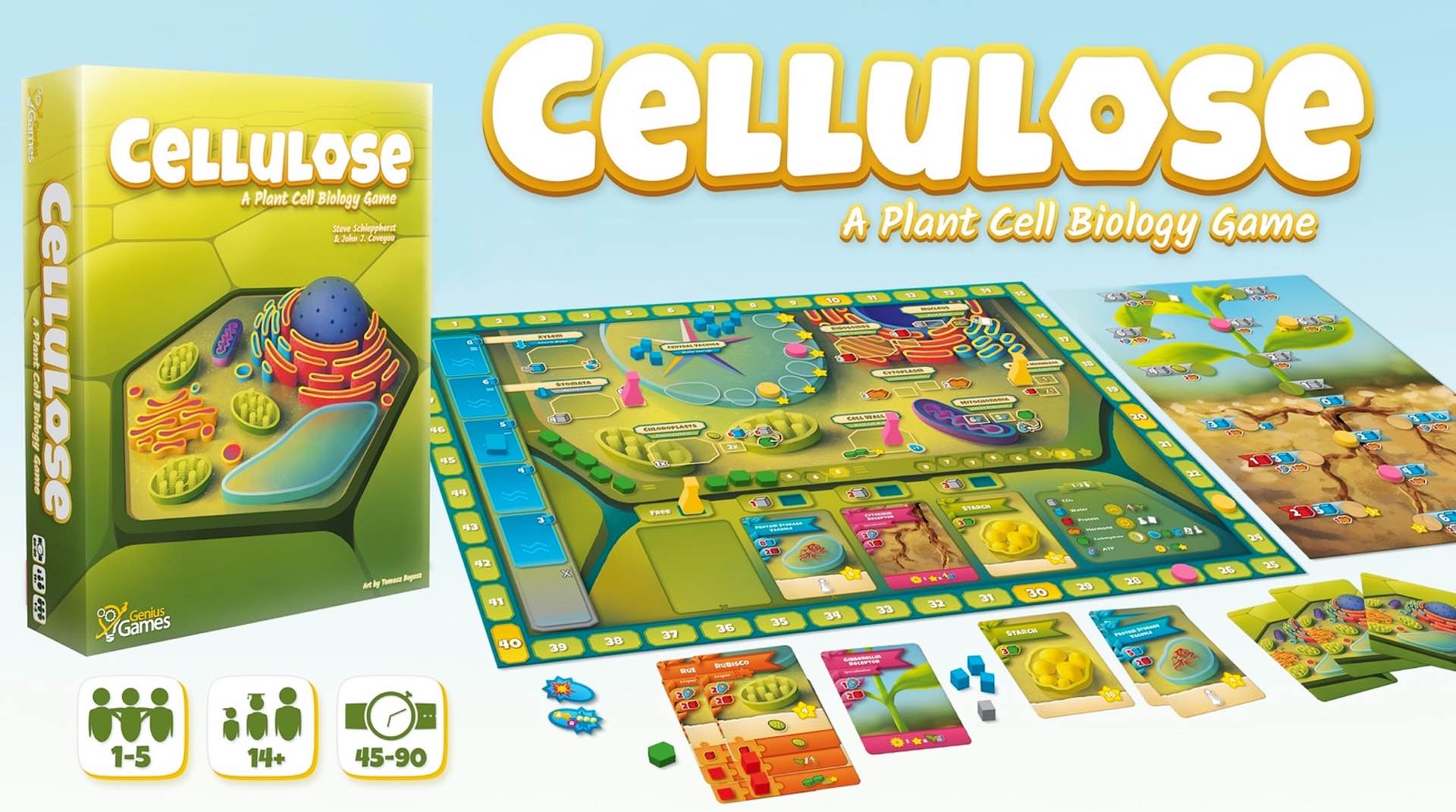 Genius Games, the folks behind those anatomy jigsaw puzzles I wrote about a month ago (almost to the day!), and who are otherwise known for their series of science-y board games, are currently running a Kickstarter project for their newest game, Cellulose. 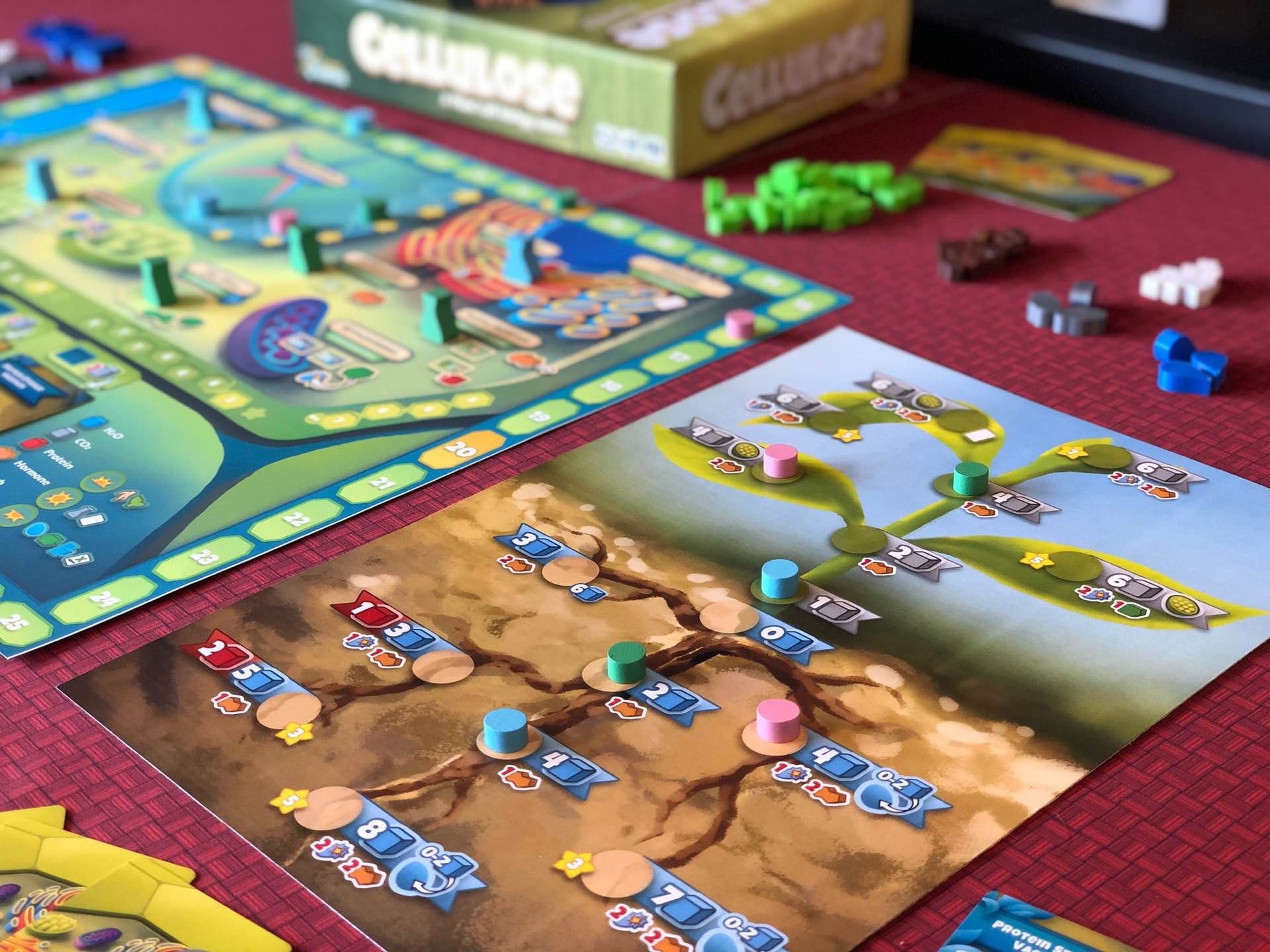 Cellulose, as you might imagine from its name — at least, if you remember any of your biology lessons from grade school — is all about plant cells, and is in fact the sequel to their previous game, Cytosis, which took place in a human cell instead of a plant one.

Cellulose: A Plant Cell Biology Game is a worker placement game that puts 1–5 players inside a plant cell, where they will compete over limited resources in order to undergo photosynthesis, produce carbohydrates, and build the cell wall to score points. With everyone vying for the same actions, players must time their use of proteins, hormones, and cell component cards in order to diversify their strategies and outplay the competition!

Players compete over limited resources as they take advantage of powerful point-scoring combinations. They will race to build the cell wall, use hormones to signal plant growth for a steady source of water and CO2, and compete to contribute the most water to the cell’s central vacuole. Once the cell wall is completely built, the game ends!

I just know my son would be obsessed with this game, and he’d be learning things all the while. If you also have a kid who’d love this kind of thing, you should go back the project at the $39 level or higher to receive your own copy of the game this December. 🌱

As of this writing, the project has already far exceeded its funding goal and still has about a couple weeks to go. 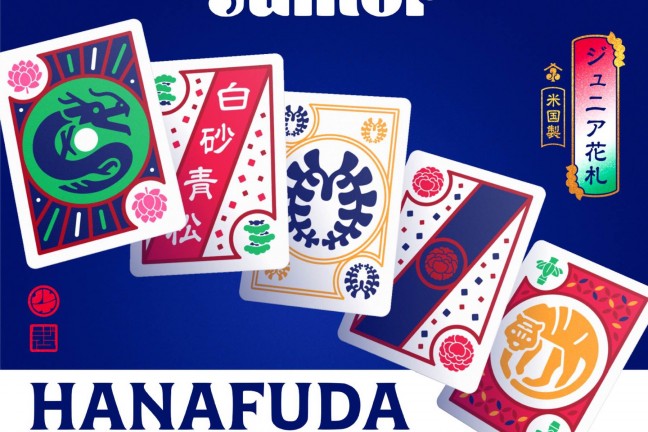 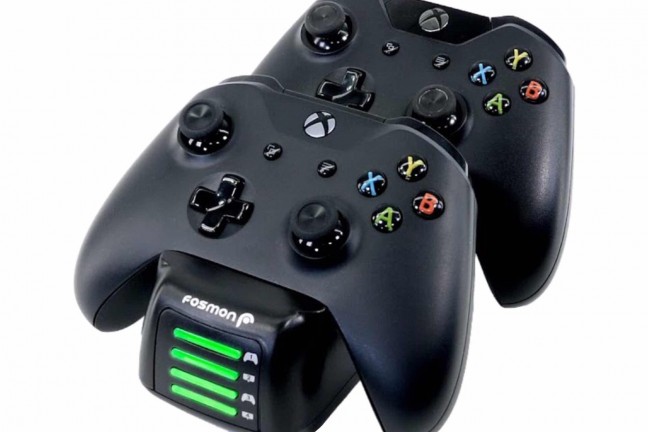 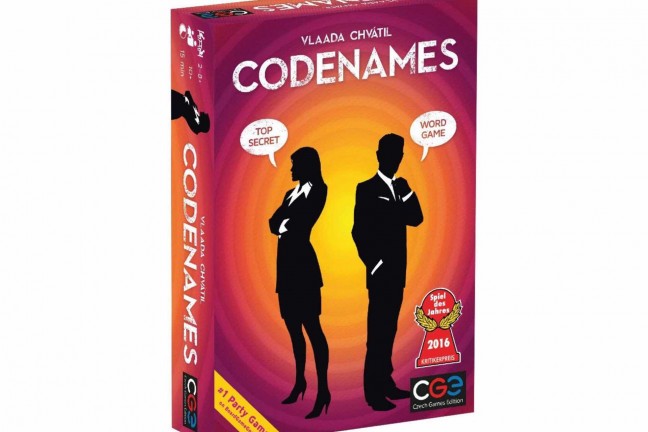