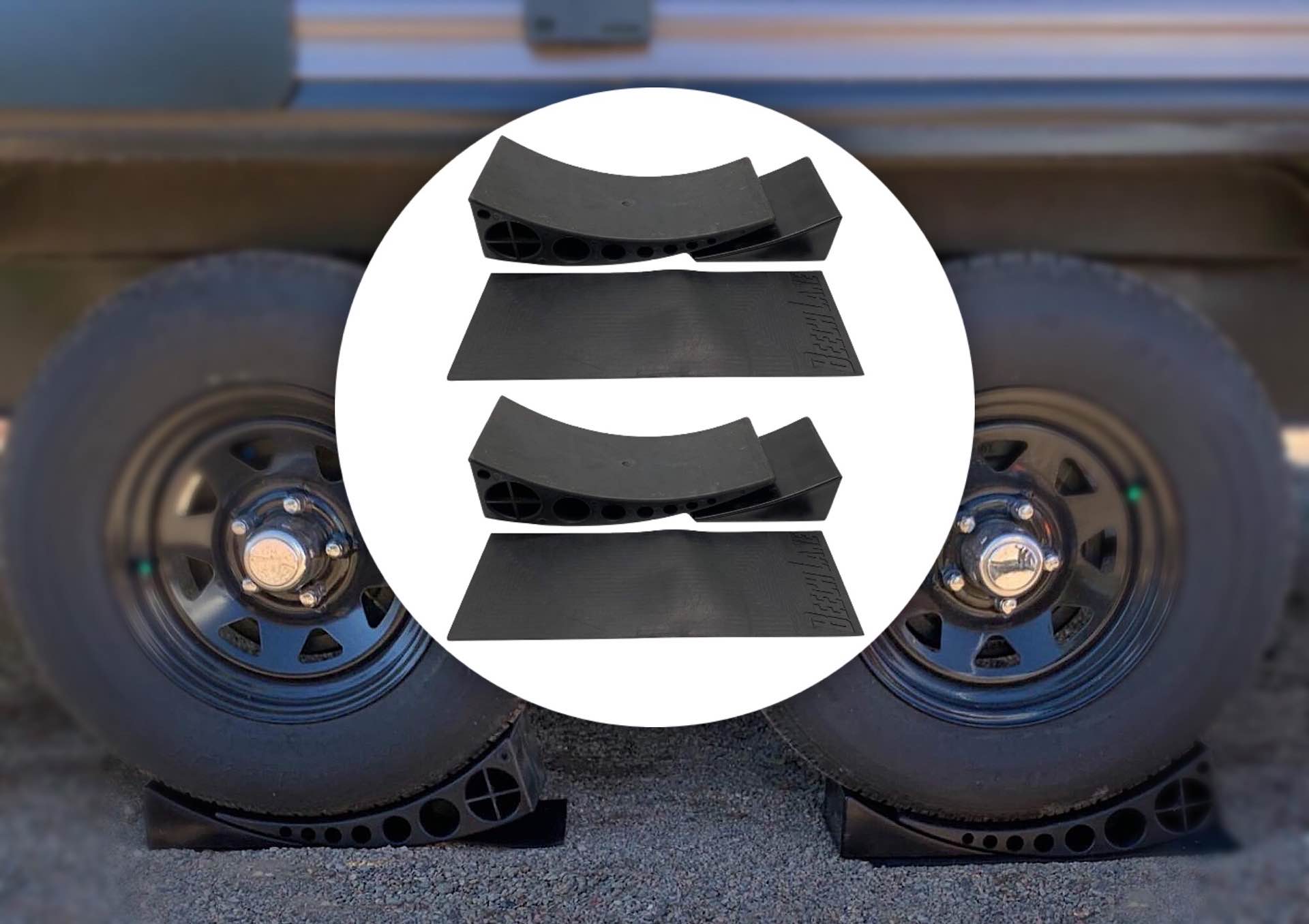 A fellow RVing friend recently showed me the way he levels his family’s travel trailer, which has served him well for several years now: Andersen Hitches’ signature red levelers, which are an ingenious bit of design. However, Andersen doesn’t seem to be selling any version of them on Amazon at the moment, so today I’ll be instead pointing you to this black set by Beech Lane.

(If anything, the Beech Lane set seems to be even more highly regarded by reviewers for their lower price and better durability.)

The way it works is, you roll the wheels on either side of your trailer onto the larger curved pieces (forward or back, doesn’t matter), which causes the tapered ends to raise up, gradually lifting the tires to whatever height you need. Once you’re level — and it does help having a second person watching a bubble level (unless you’ve gotten real fancy) and calling out when you’re there — then you just place the smaller chocks underneath to hold the curved pieces right where they are.

Up until now, I’ve just been backing onto planks of wood whenever a site is unlevel, but even that can only do so much — plus, they do start to break after a while, getting rained on and being chewed up by bugs and whatnot. This kind of leveling system is real game-changer, let me tell you.

You can get this two-pack set (which includes nonslip mats) for $73 on Amazon. You can also opt for the two-pack that includes a carrying bag for $83. 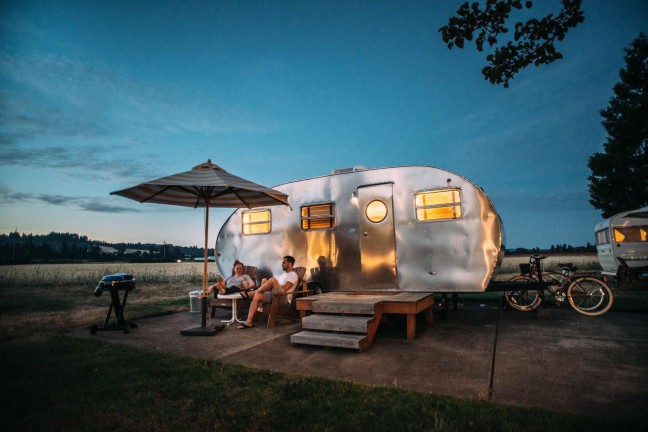 Essential Tools and Gear for RVers 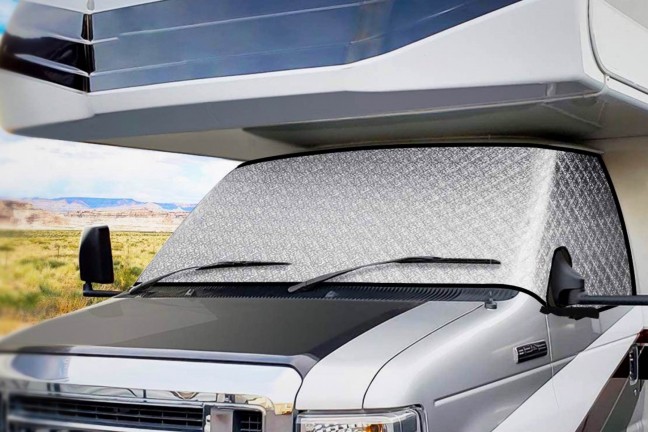 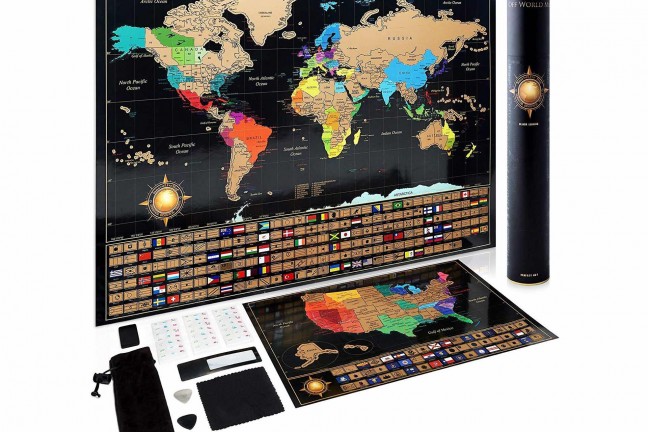